On 26 August 1942, approximately 1,300-1,500 Jews from the Ratne ghetto were shot and hastily buried in mass graves in a sand quarry near the village of Prokhid. After the war, there was nothing here to recall the victims. The mass graves were partially damaged by sand extraction. As a result, human remains were scattered […] The New Jewish Cemetery on the edge of Rava-Ruska was used as a mass grave site during the German occupation. About 2,000 Jews were shot here in front of the cemetery during the ghetto clearance operation in December 1942. Another 1,000 were shot in the ghetto and buried here or in the cemetery. The mass […] 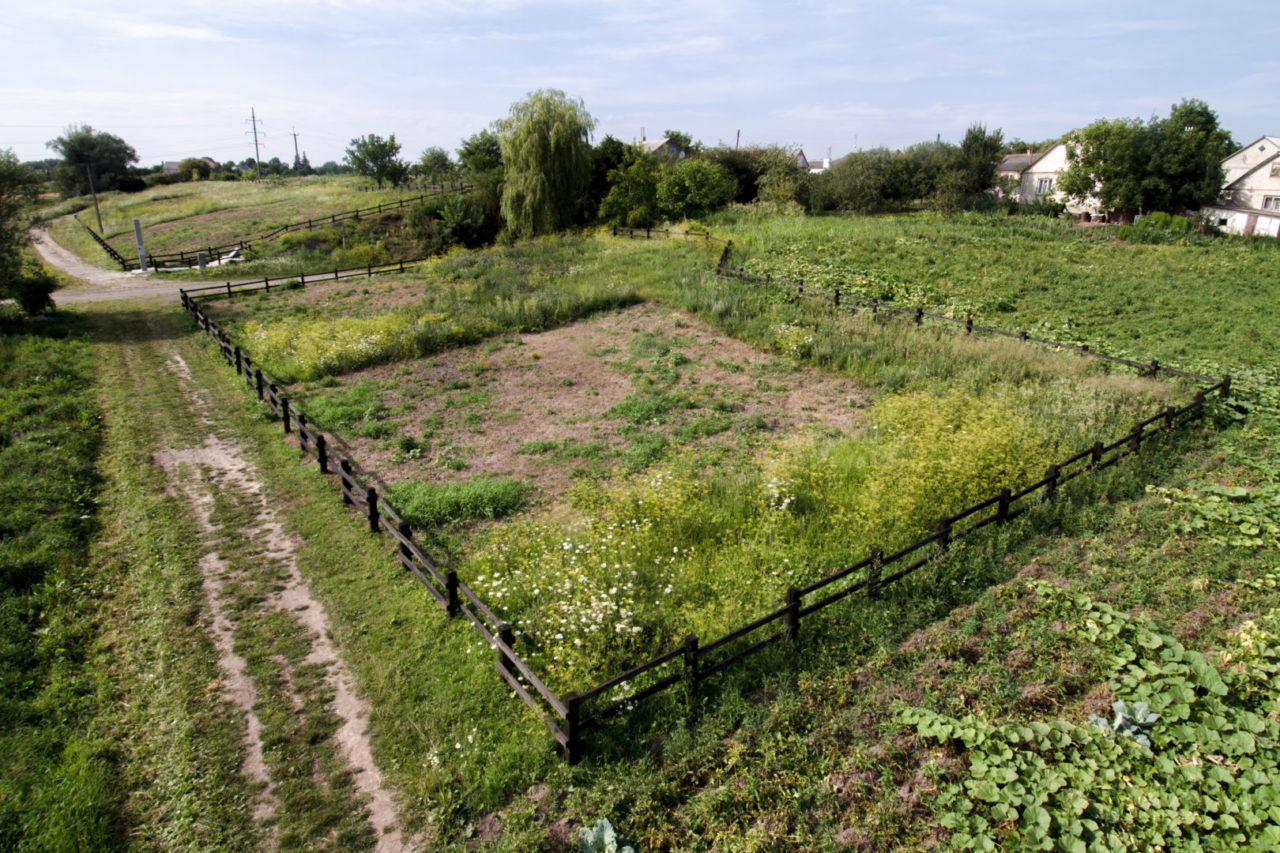 On 9 October 1942, about 800 Jews from the Ostrozhets ghetto were shot here on the edge of town. The victims, among whom were the remaining Jews of Torhovytsia, were hastily buried in pits prepared in advance next to the Jewish cemetery. After the war, there was nothing here to recall the Jews. Erosion and […] On 15 August 1942, about 500 Jews from the Kysylyn ghetto, including Jewish families from surrounding villages, were shot in a field outside of Kysylyn and hastily buried in a pit prepared in advance. After the war, the mass grave faded into obscurity. Its surface area was used for agricultural purposes and repeatedly ploughed over. […] This large memorial site recalls the mass shootings of over 8,000 Jews from Kovel in a sand quarry near the village of Bakhiv in June 1942. It protects four mass graves. A wooden fence and a wooden stela erected at this location in the autumn of 1944 disappeared over time. The mass graves, partially destroyed […]