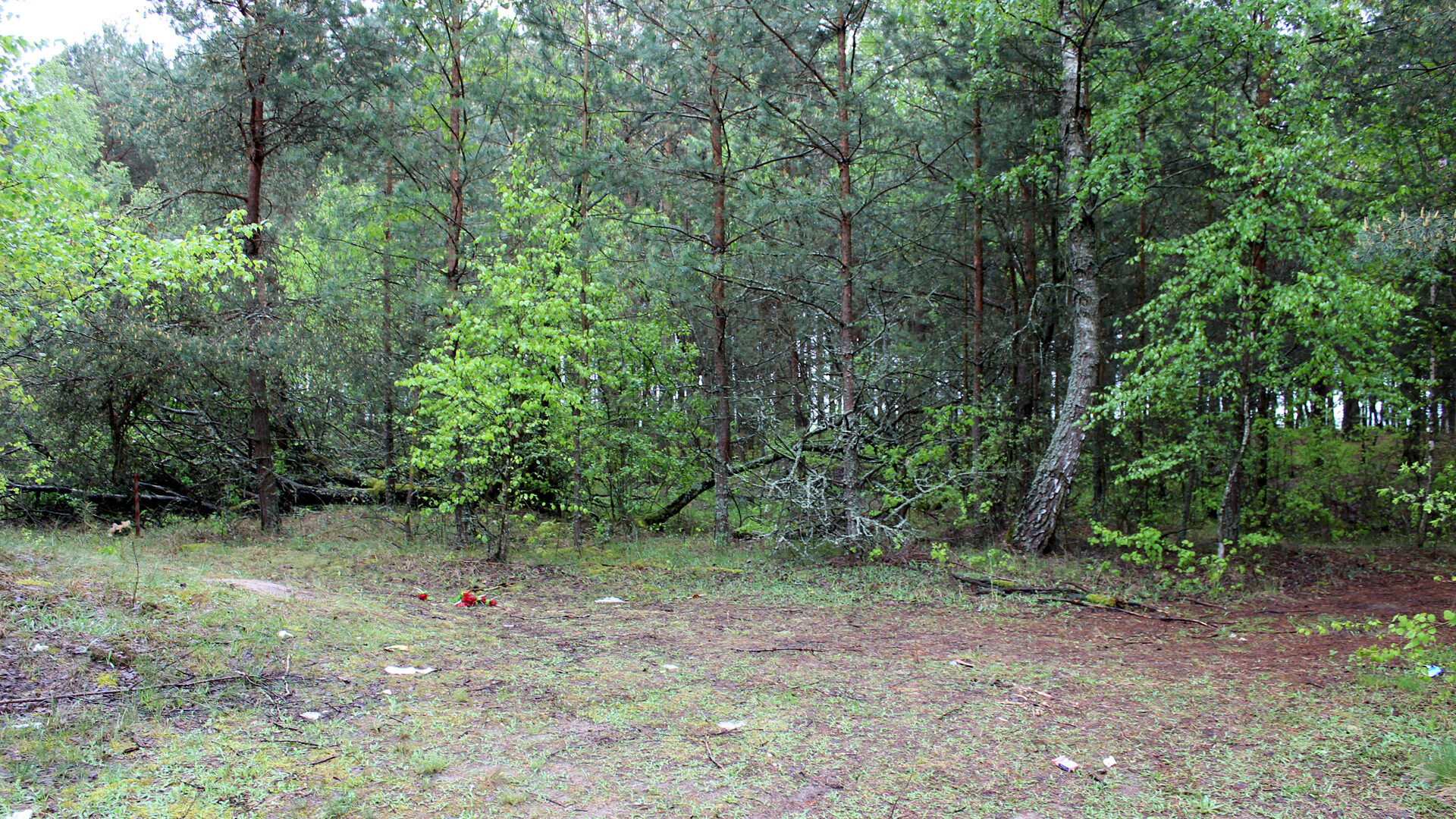 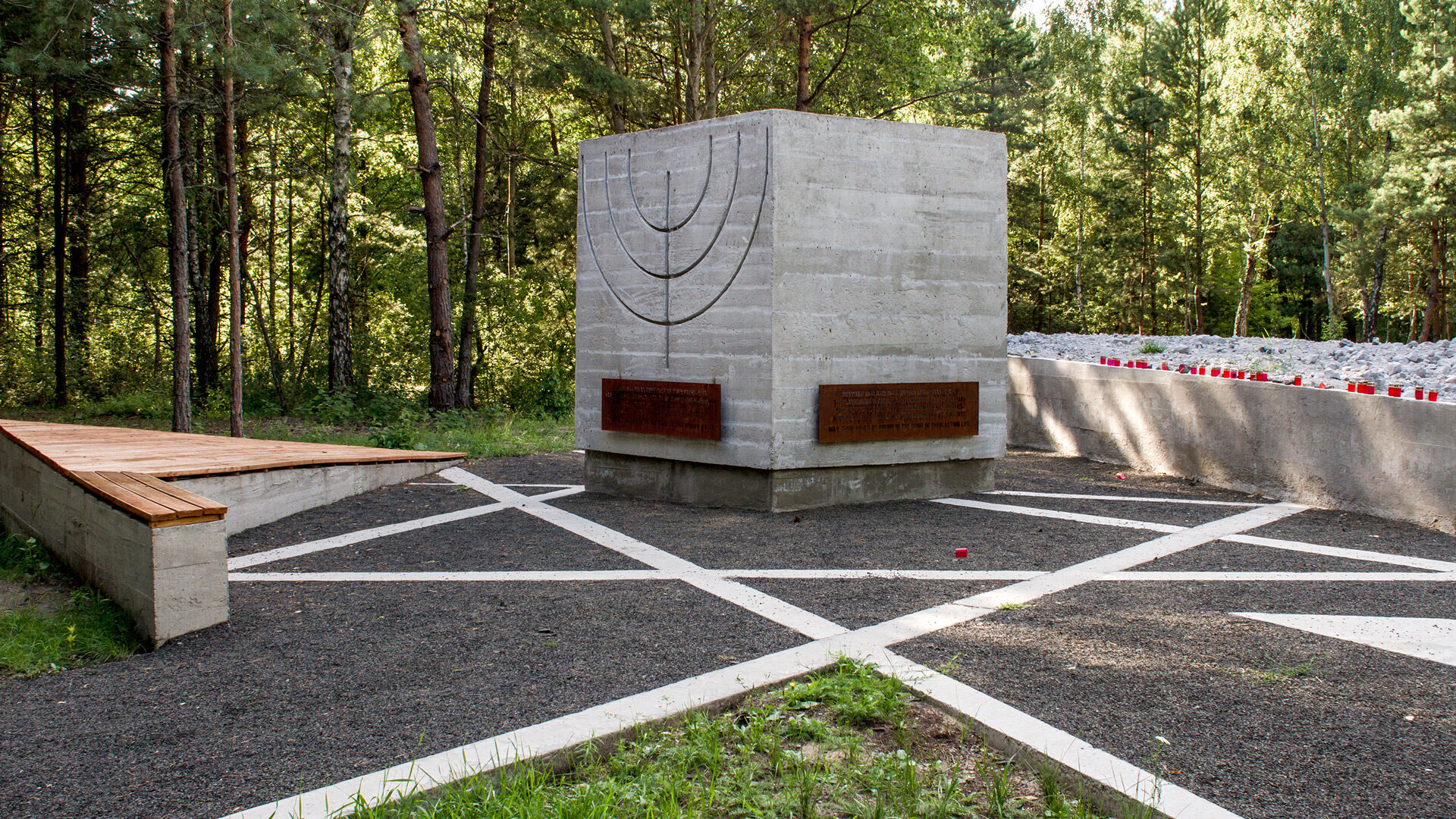 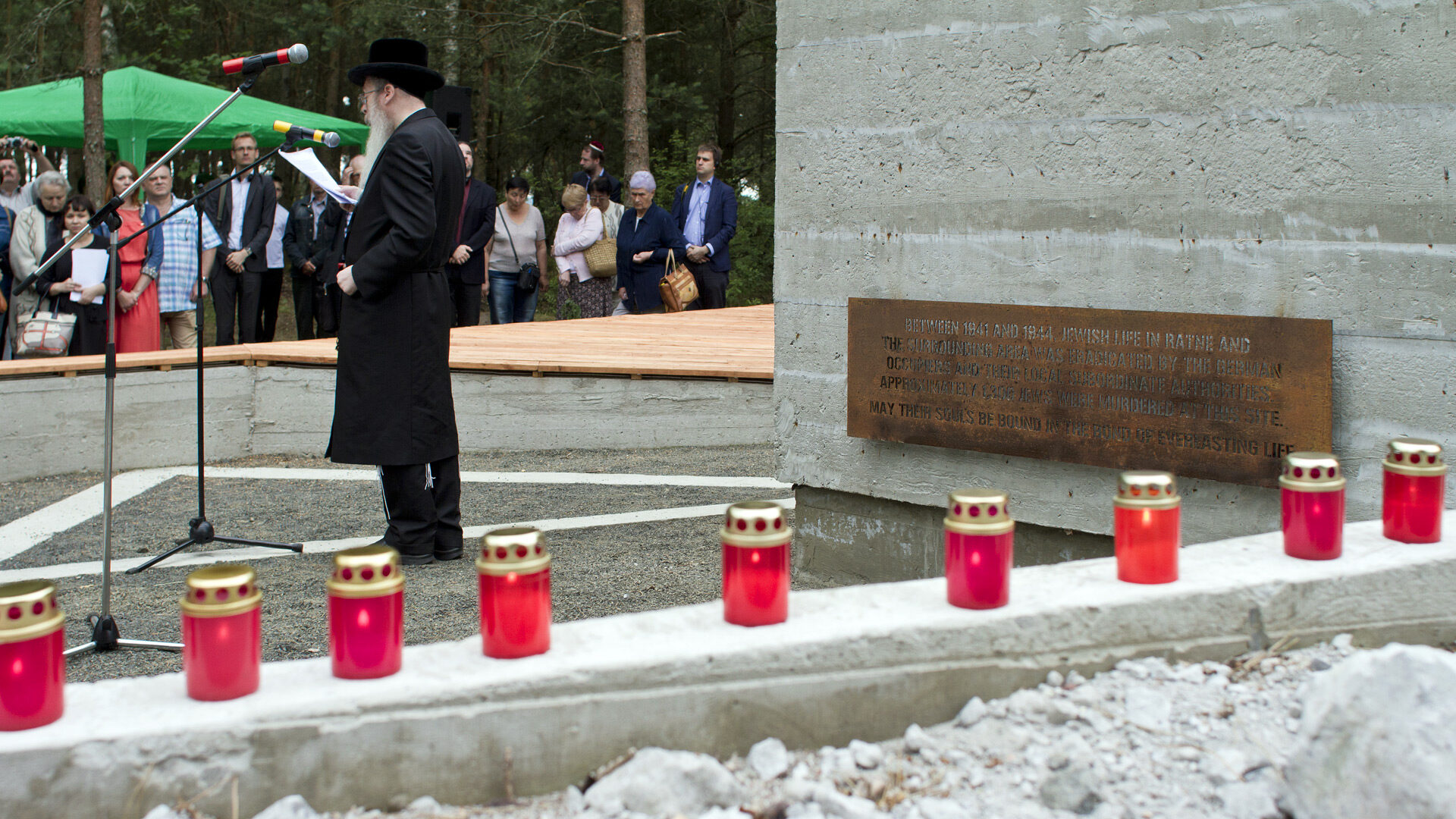 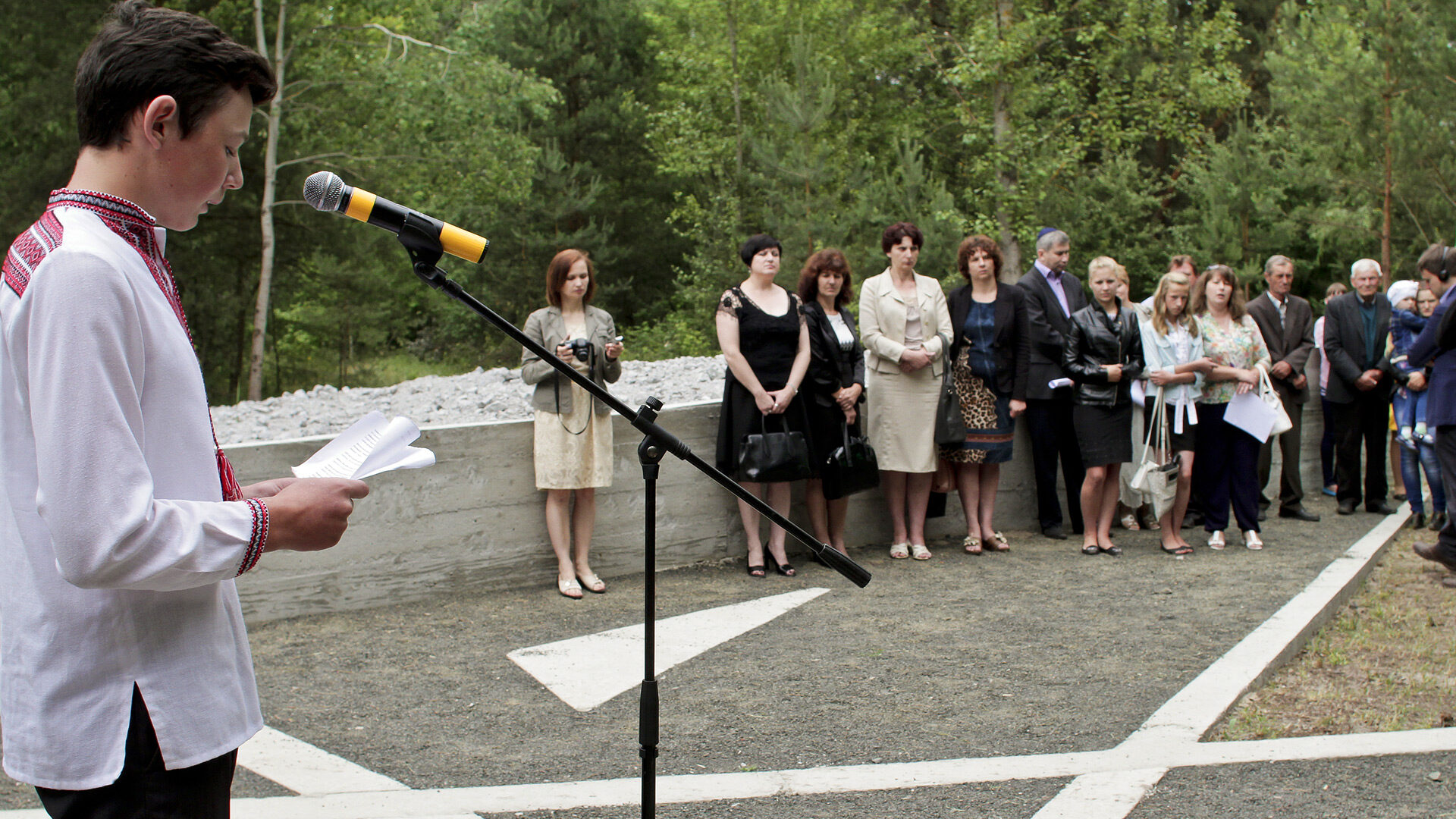 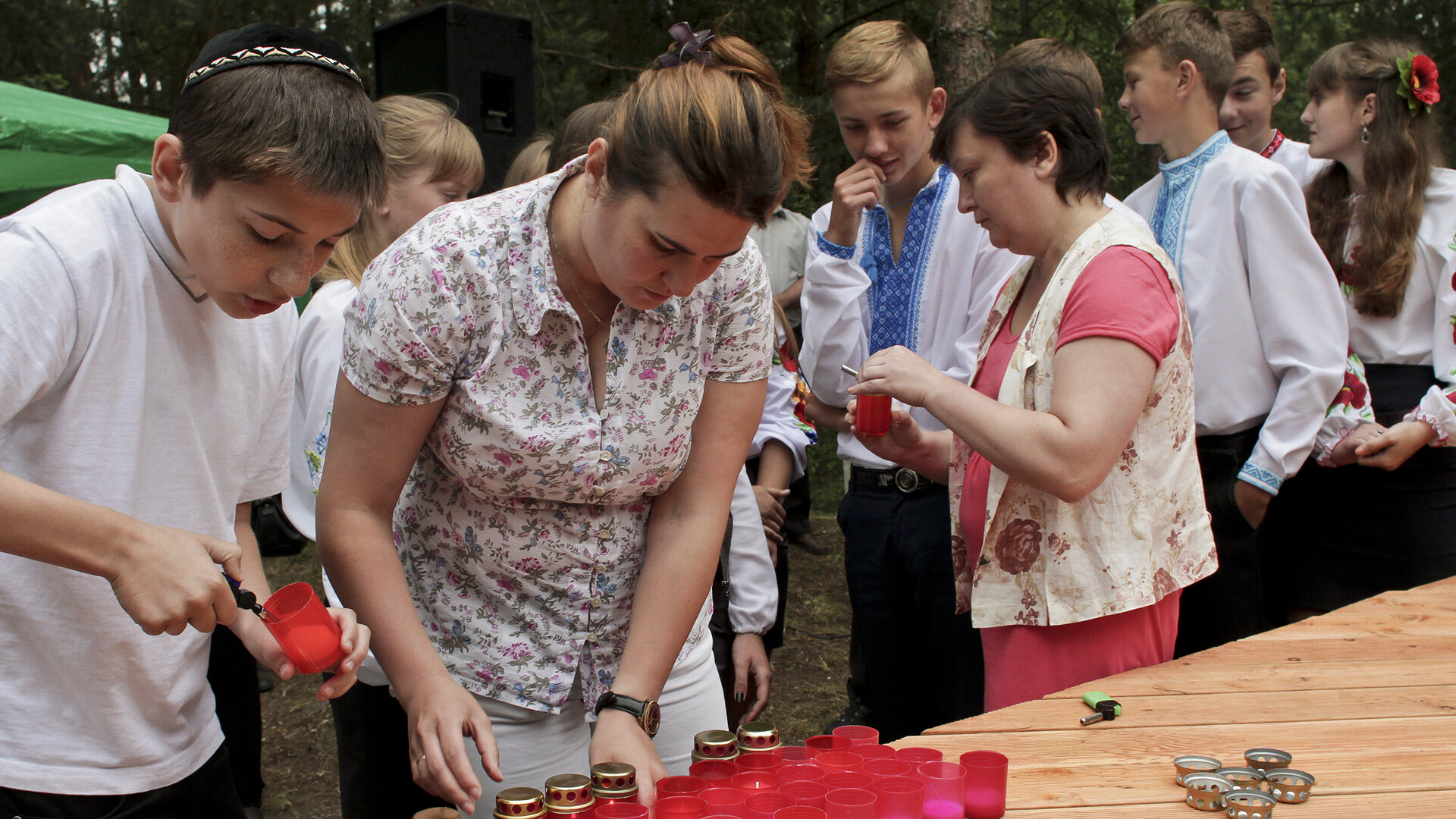 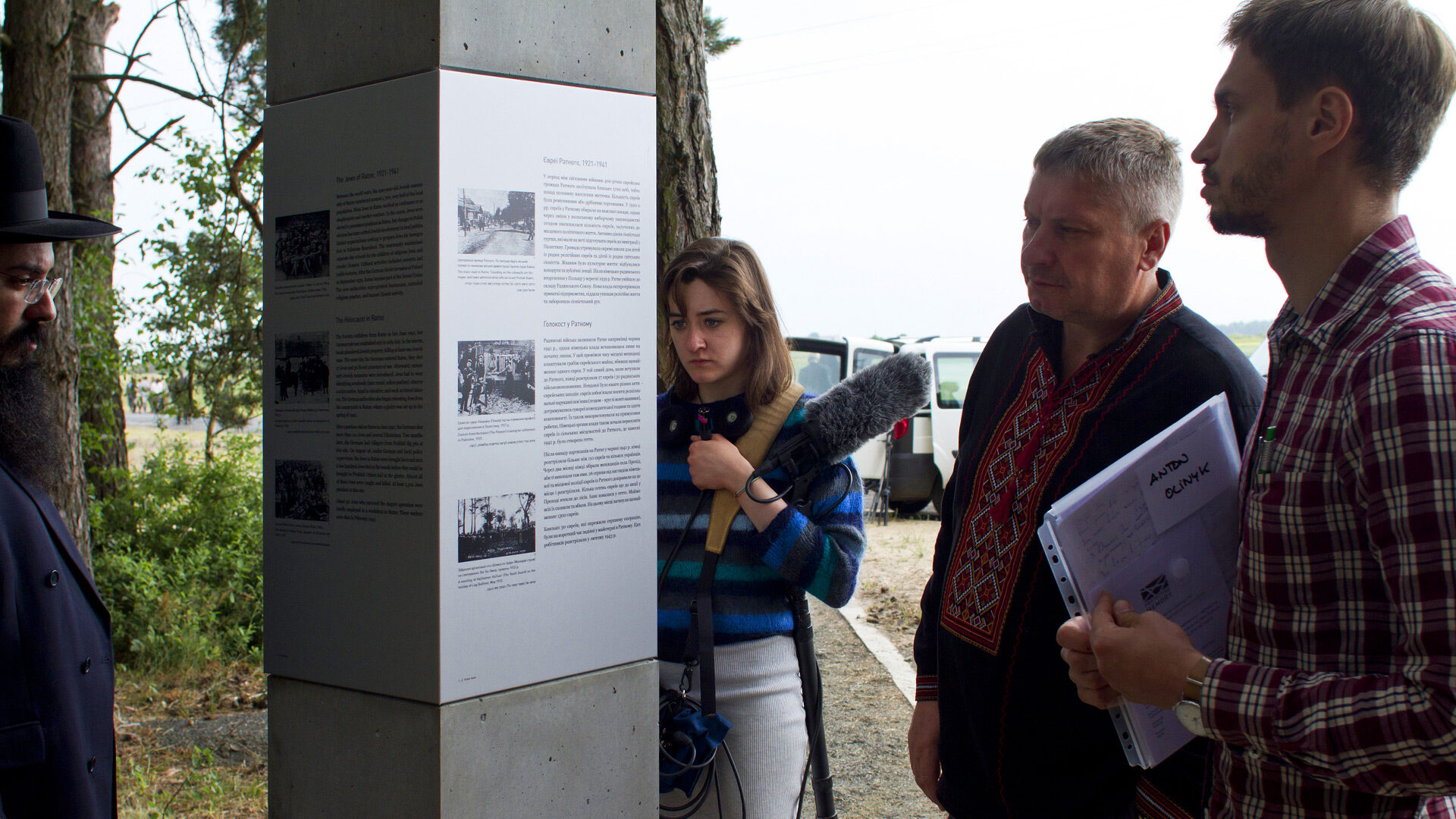 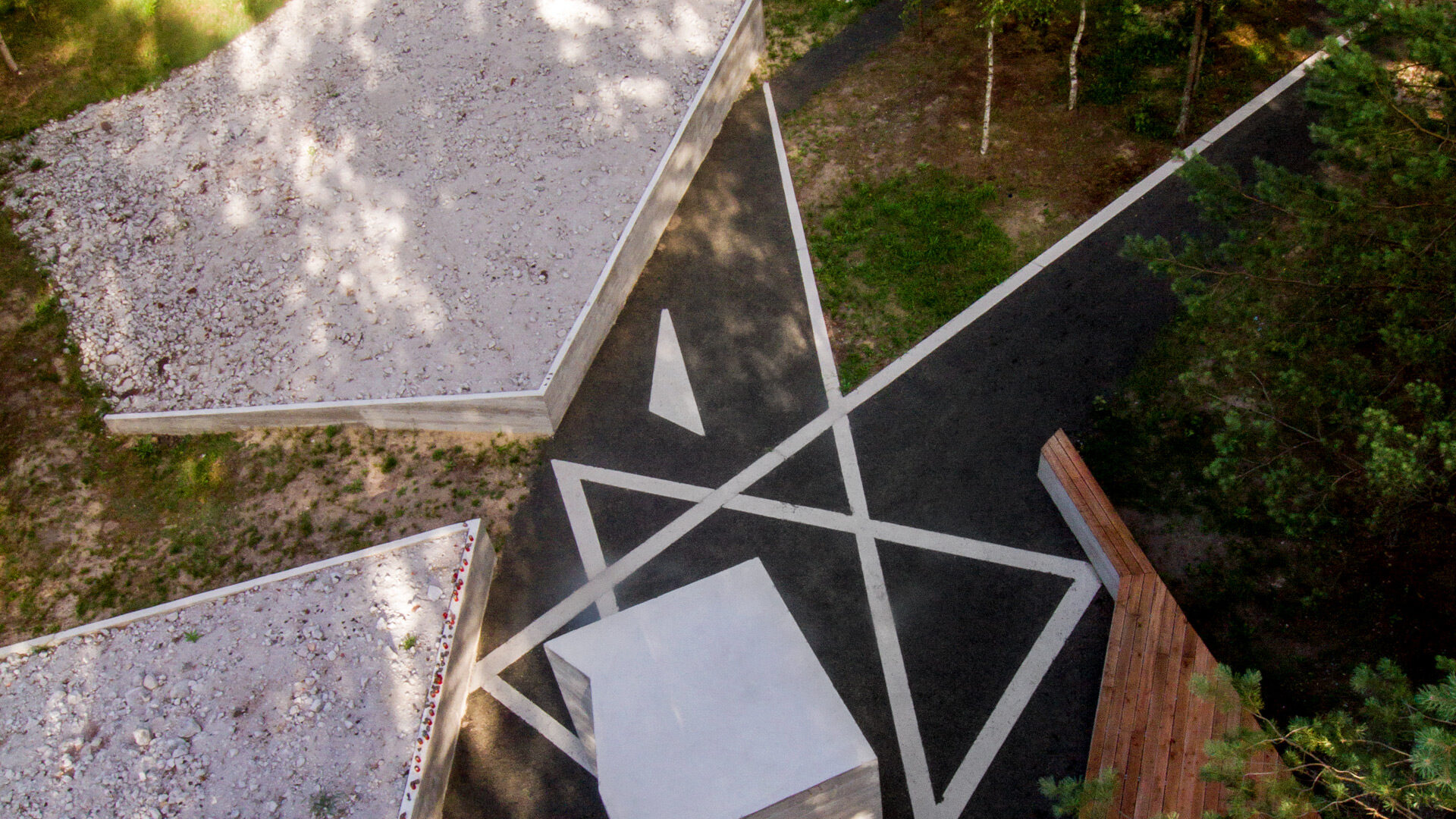 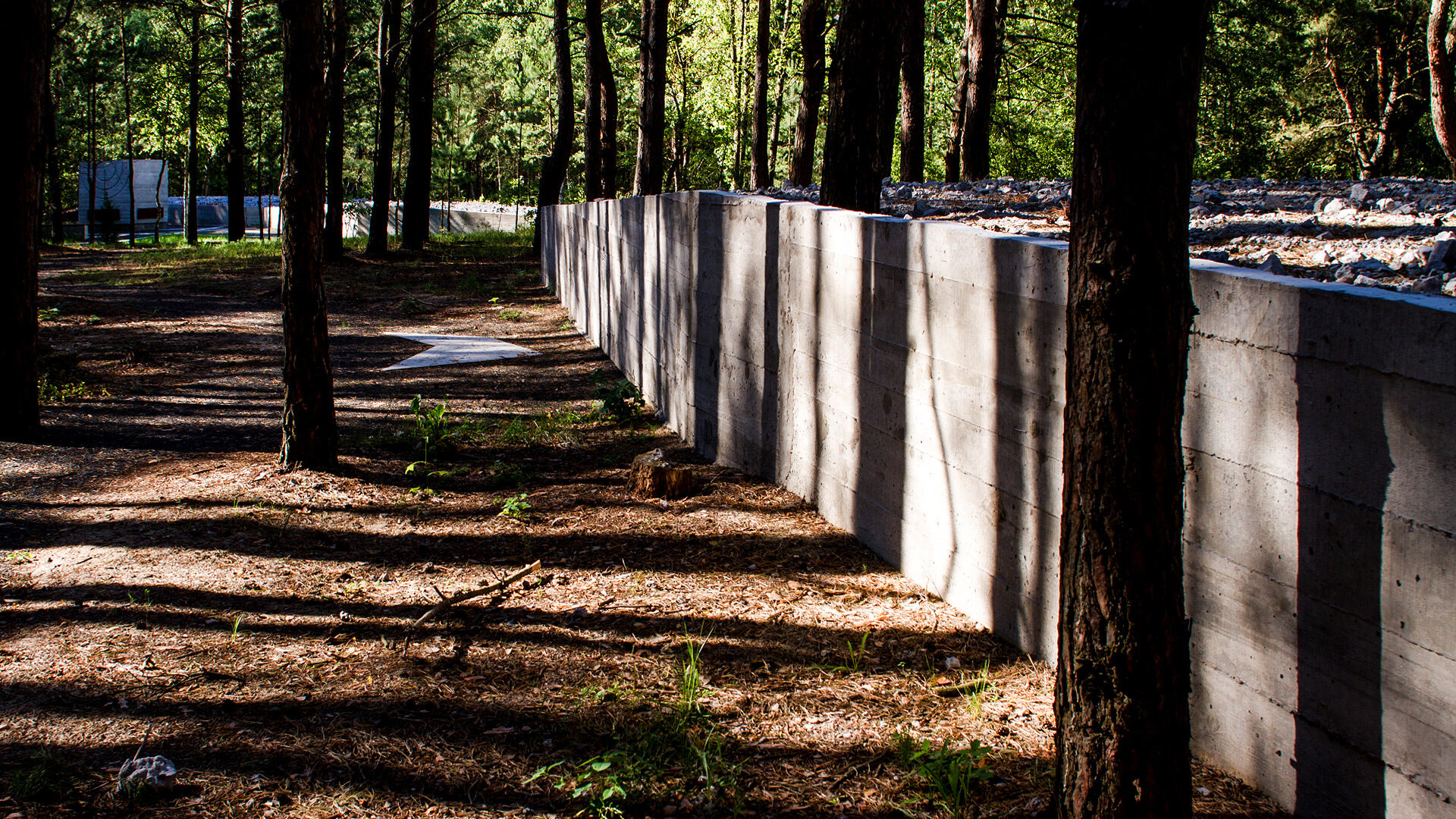 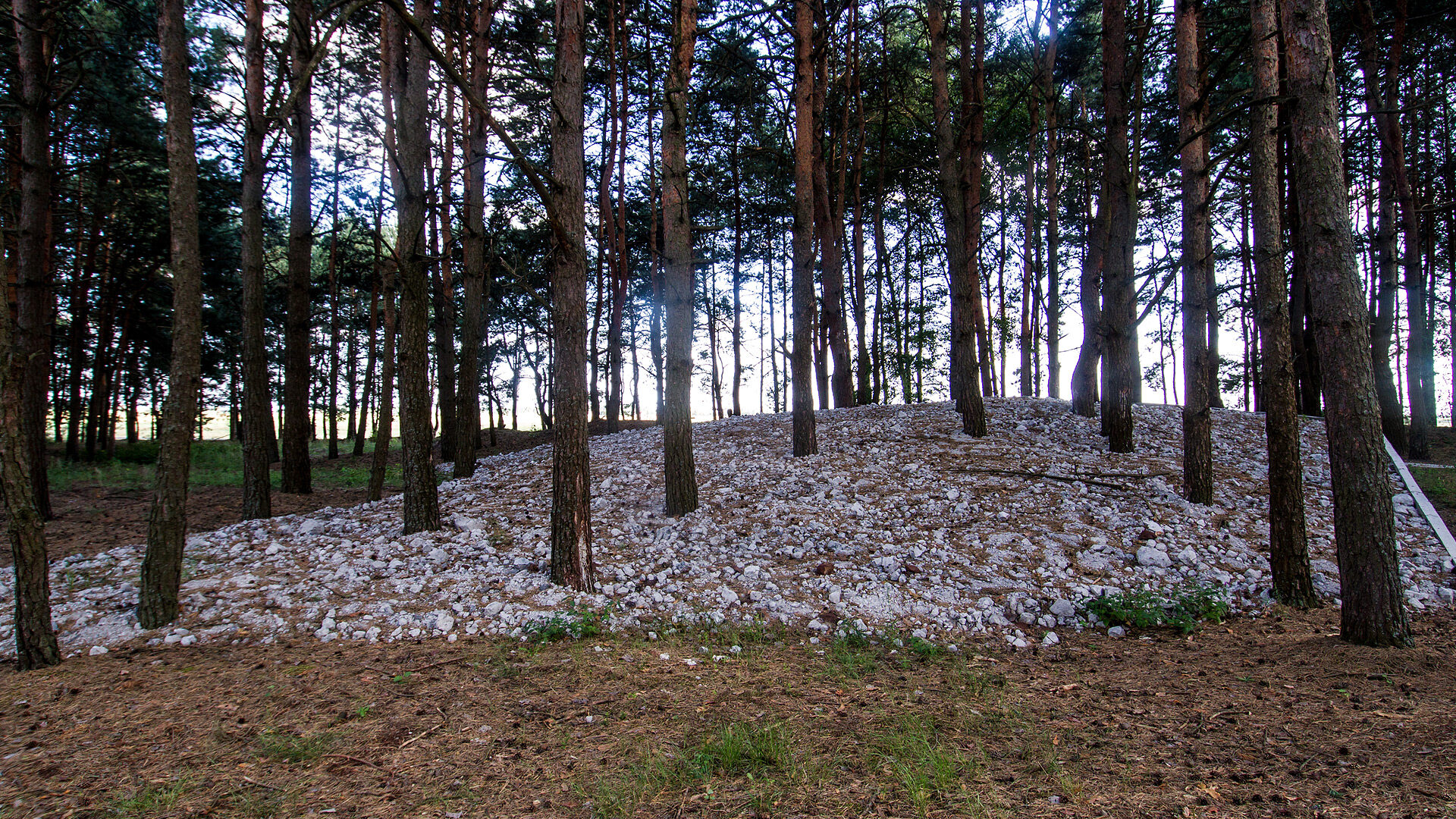 On 26 August 1942, between 1,300 and 1,500 Jews from the Ratne ghetto were shot in a sand quarry in the village of Prokhid and hastily buried in mass graves. After the war, there was nothing here to recall those who were murdered. The mass graves were partially damaged as a result of sand extraction and human remains were strewn across the terrain as a result. During an archaeological ground survey, the location of four mass graves could be determined. A memorial stone erected by survivors in 1995 is located nearby, on the edge of the forest. The memorial site was inaugurated in 2015.