Opening of the traveling exhibition “Protecting Memory” in Kyiv

The touring exhibition in Ukrainian and English on the work of the preceding project “Protecting Memory” was officially opened on 23 October 2020 in the National Museum of the History of Ukraine in World War Two in Kyiv. The opening speeches were given by Anka Feldhusen, ambassador of the Federal Republic of Germany in Ukraine, Wasyl Bodnar, representative of the Ukrainian foreign minister, the teachers Kateryna Konopko from Plyskiv and Olena Groza from Ivanopil, as well as our partners from the Ukrainian Center for Holocaust Studies. The opening ceremony was live-streamed and can be viewed on the YouTube channel of the Foundation Memorial to the Murdered Jews of Europe. 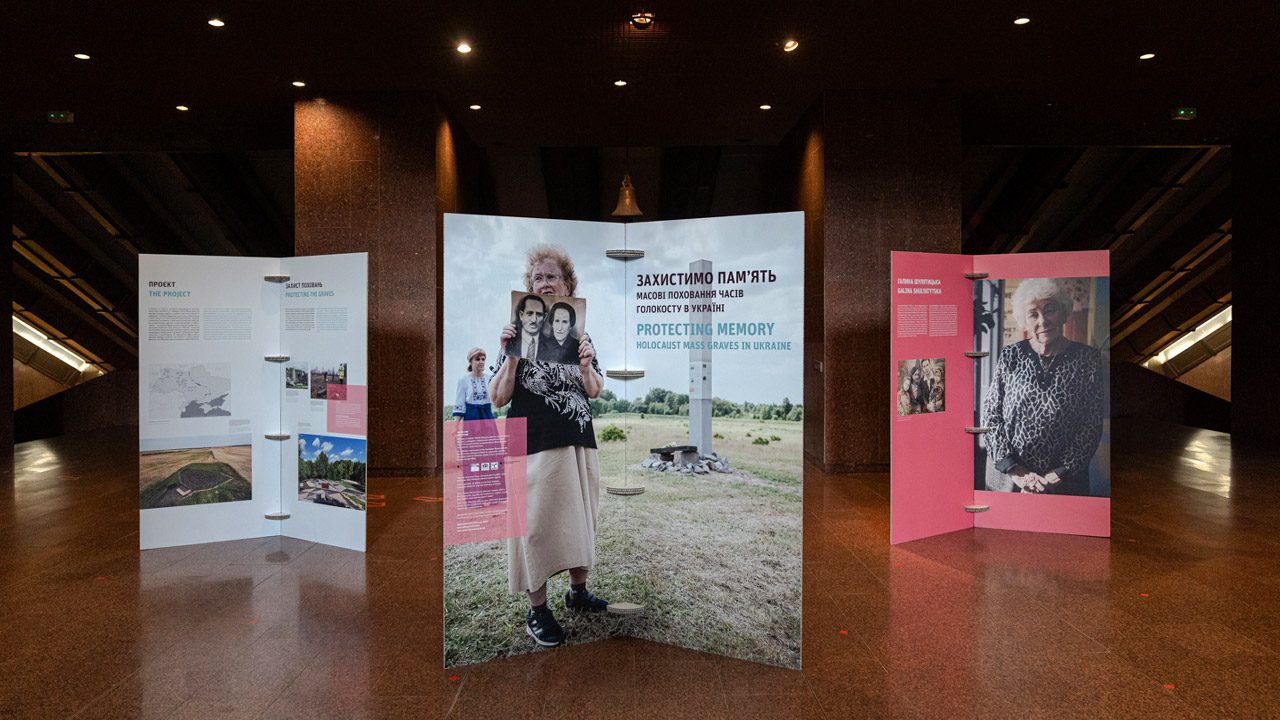 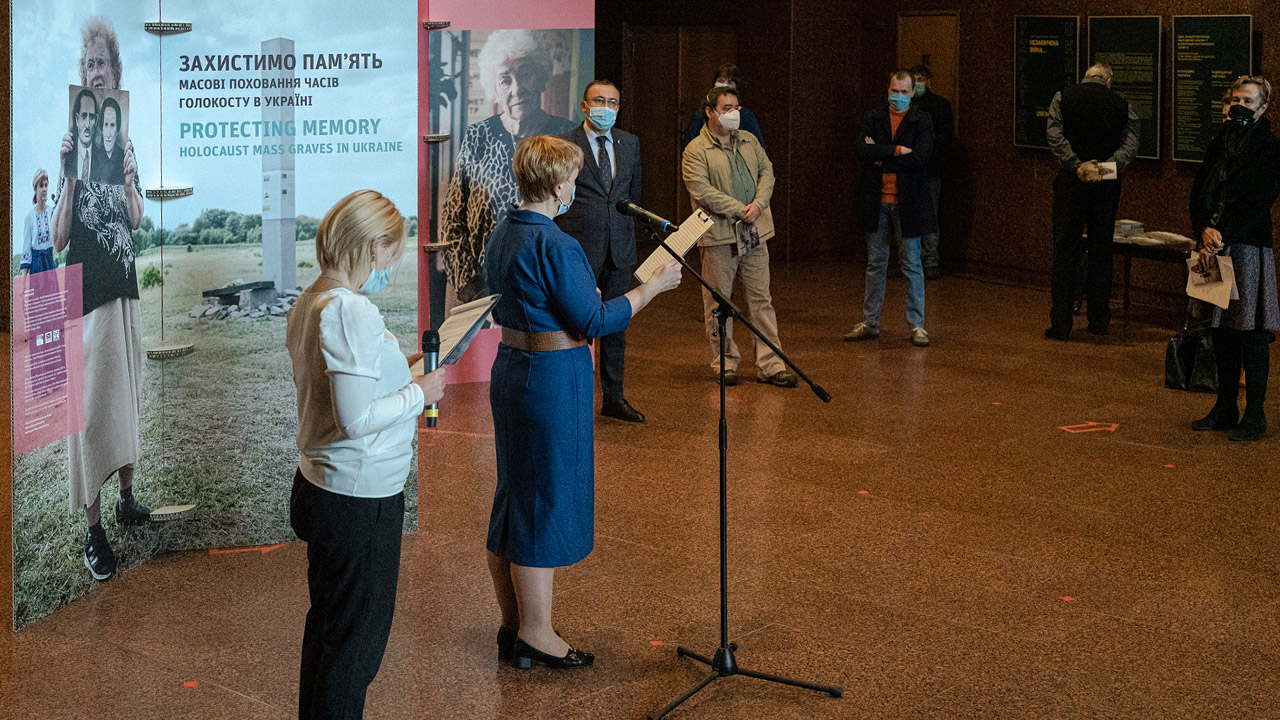 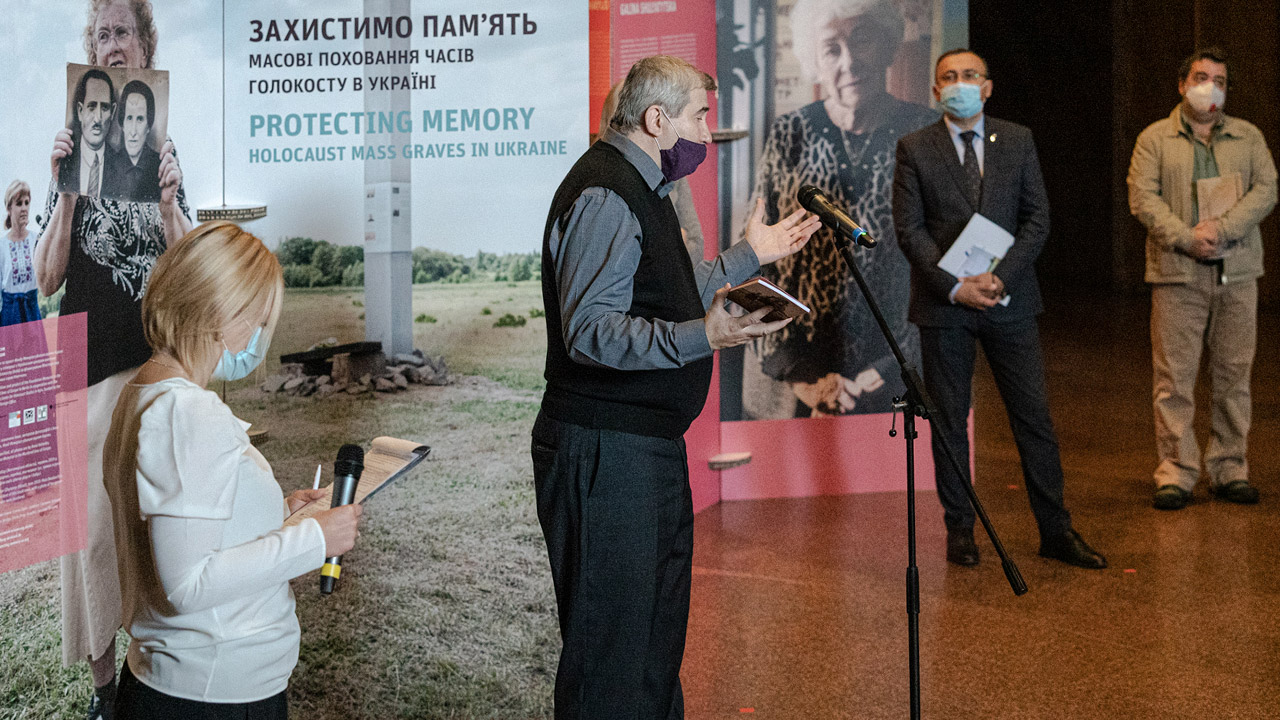 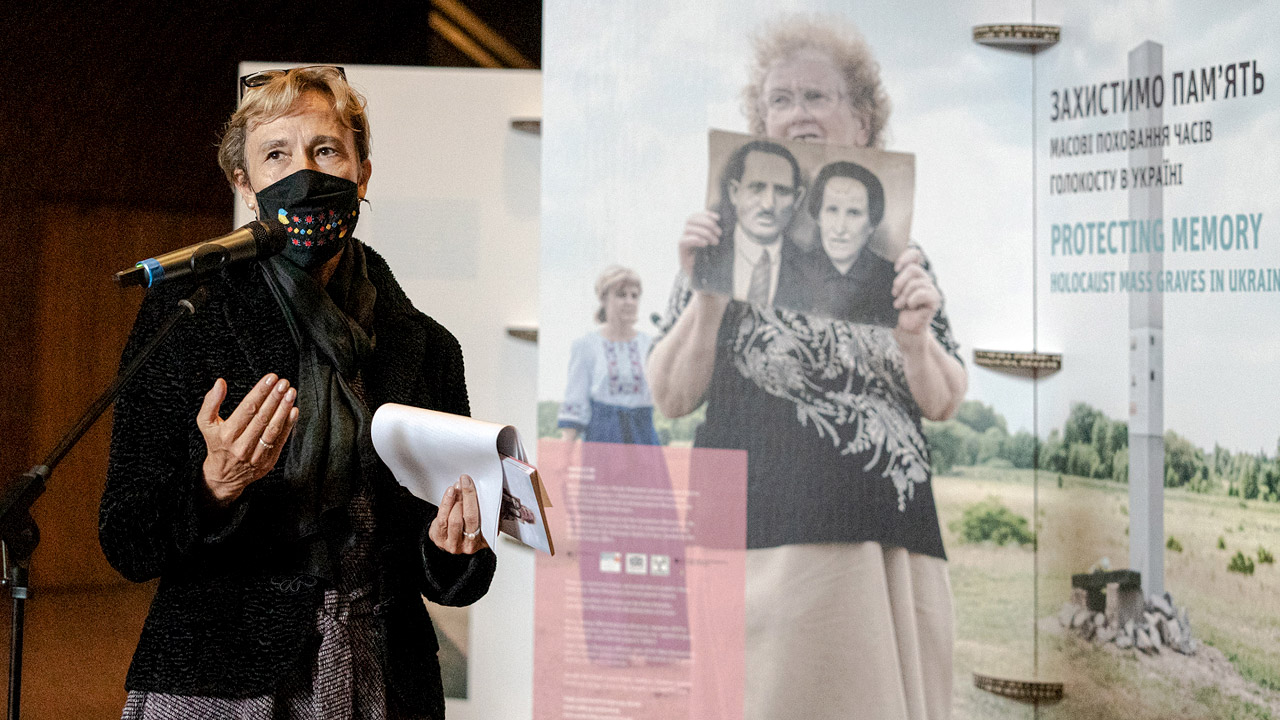 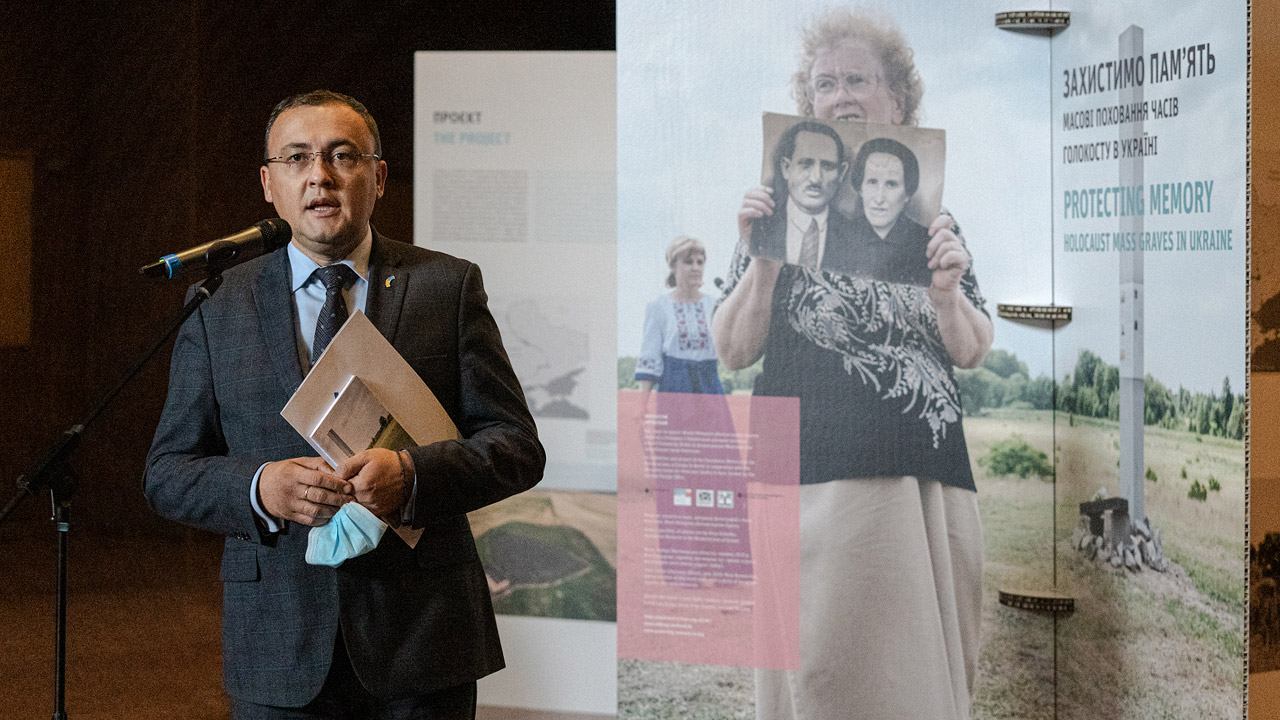 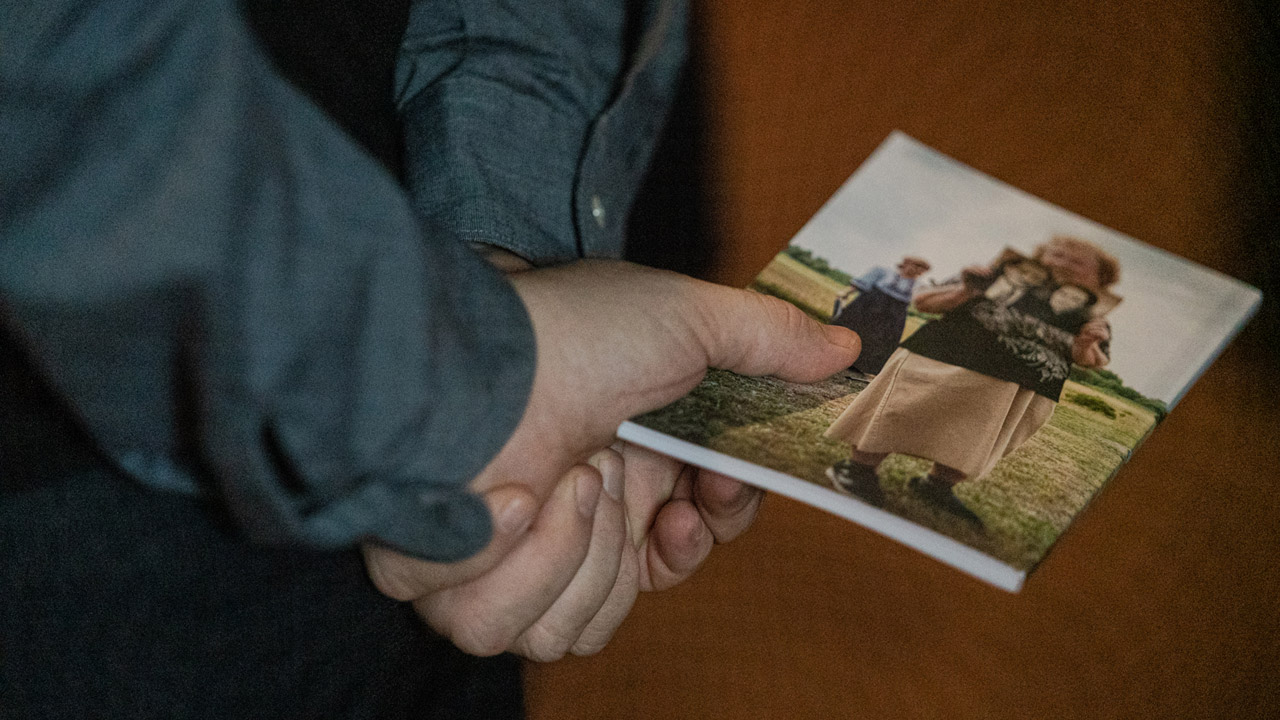 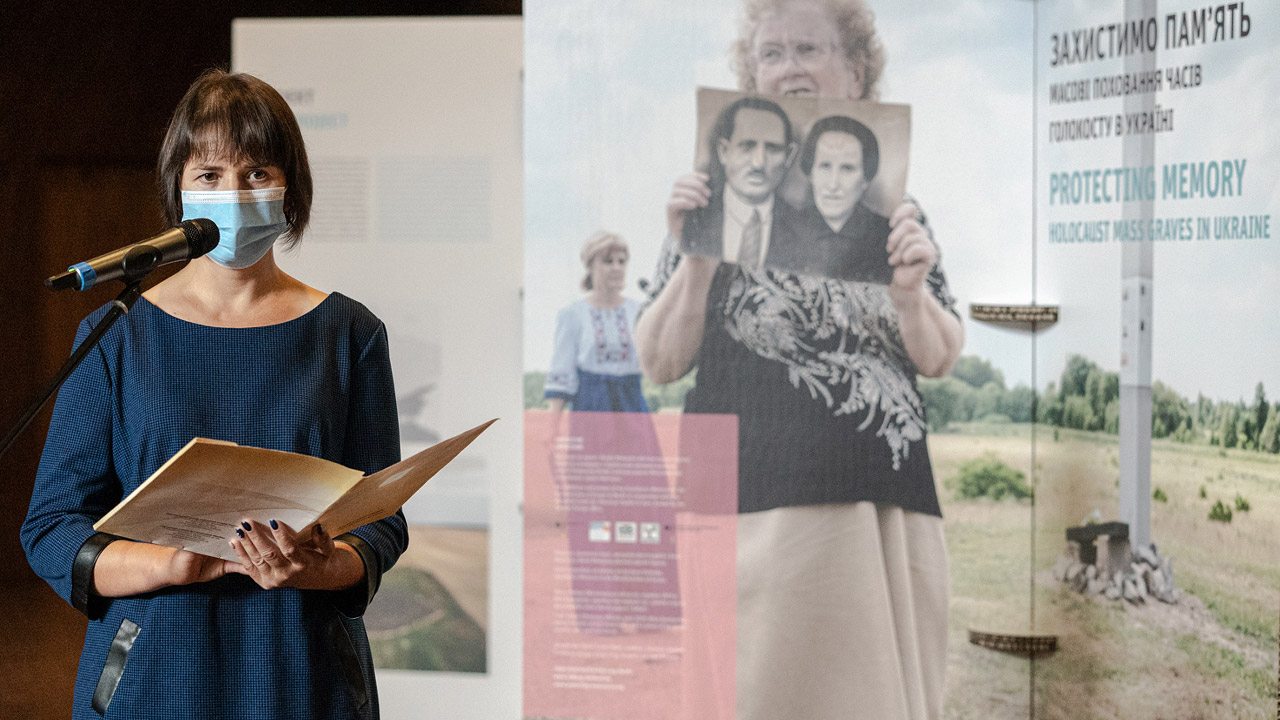 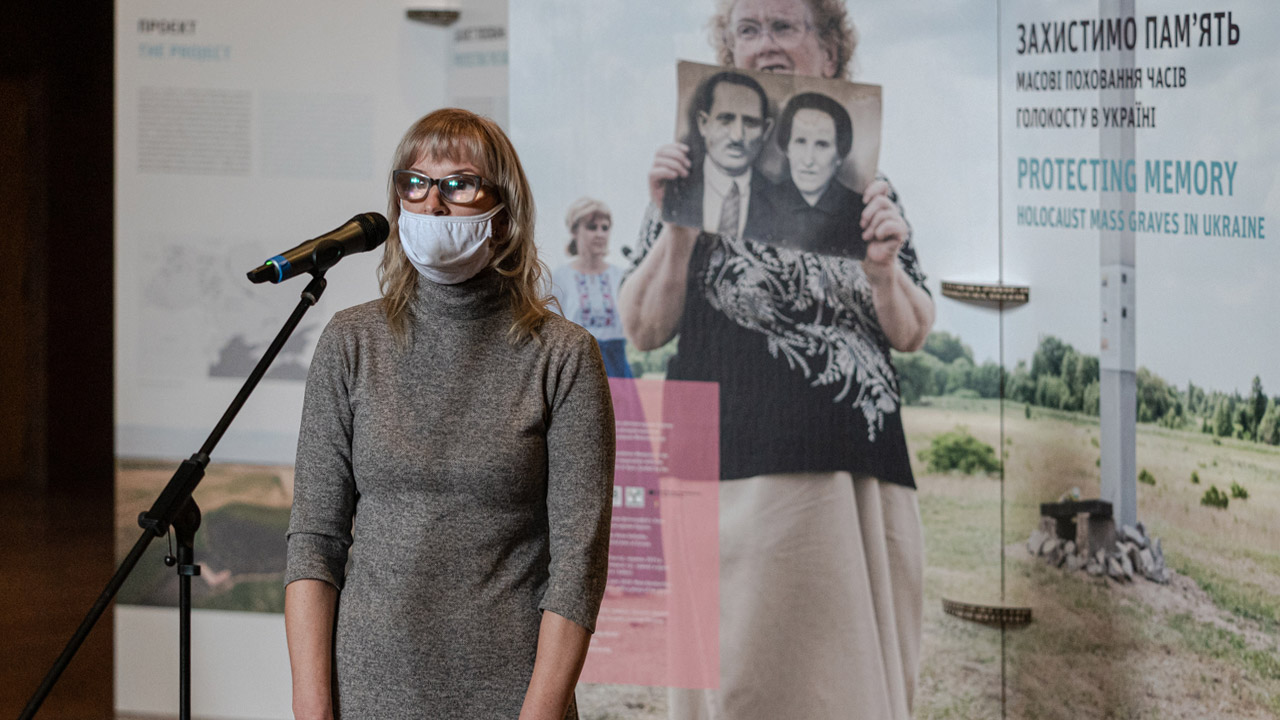 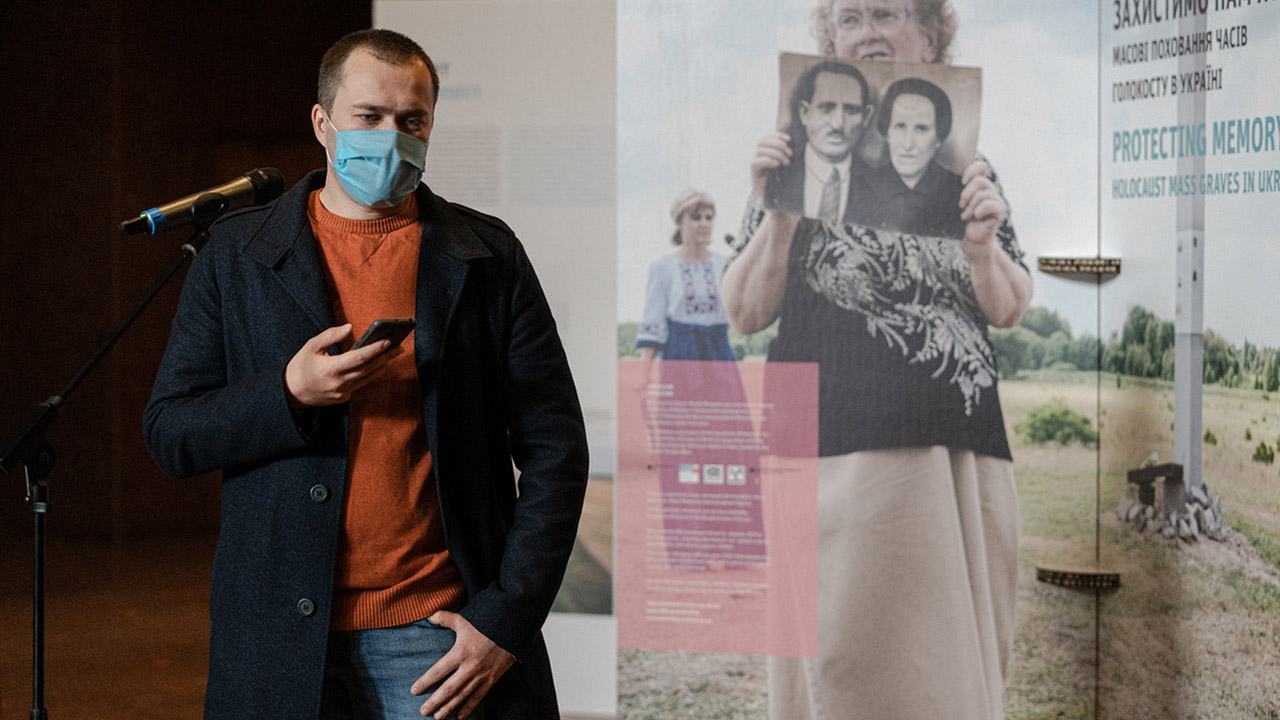 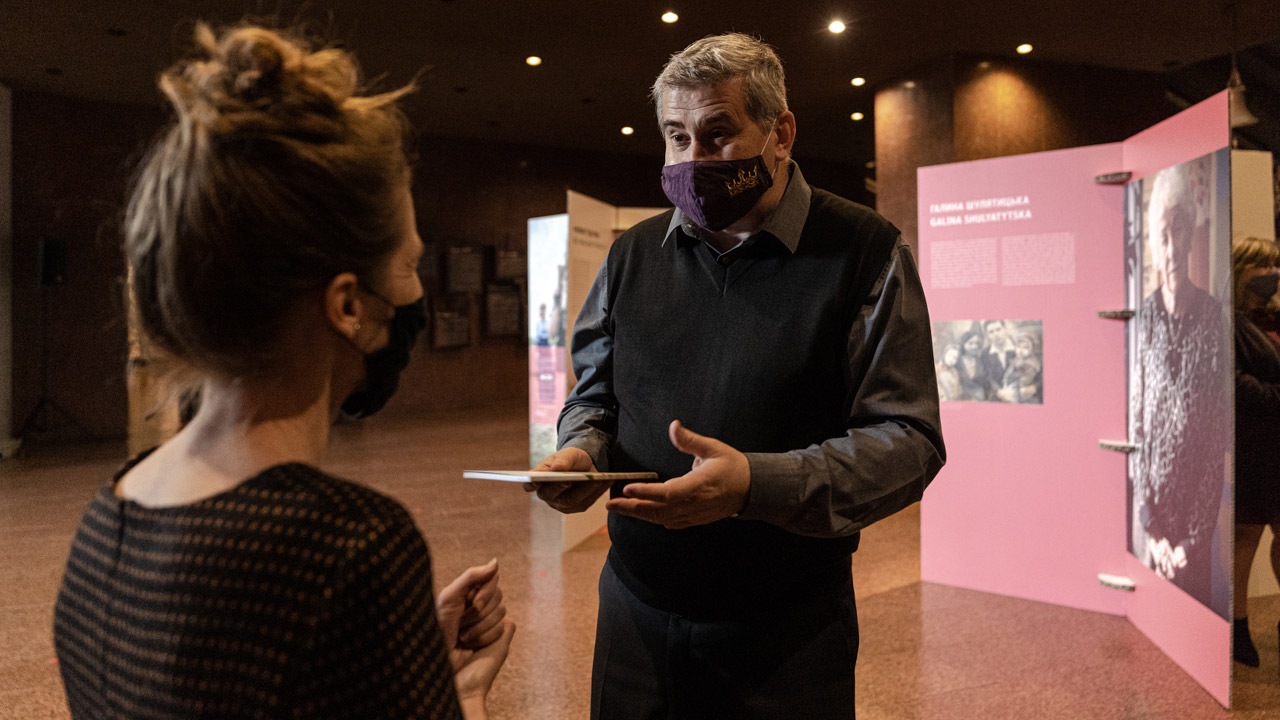 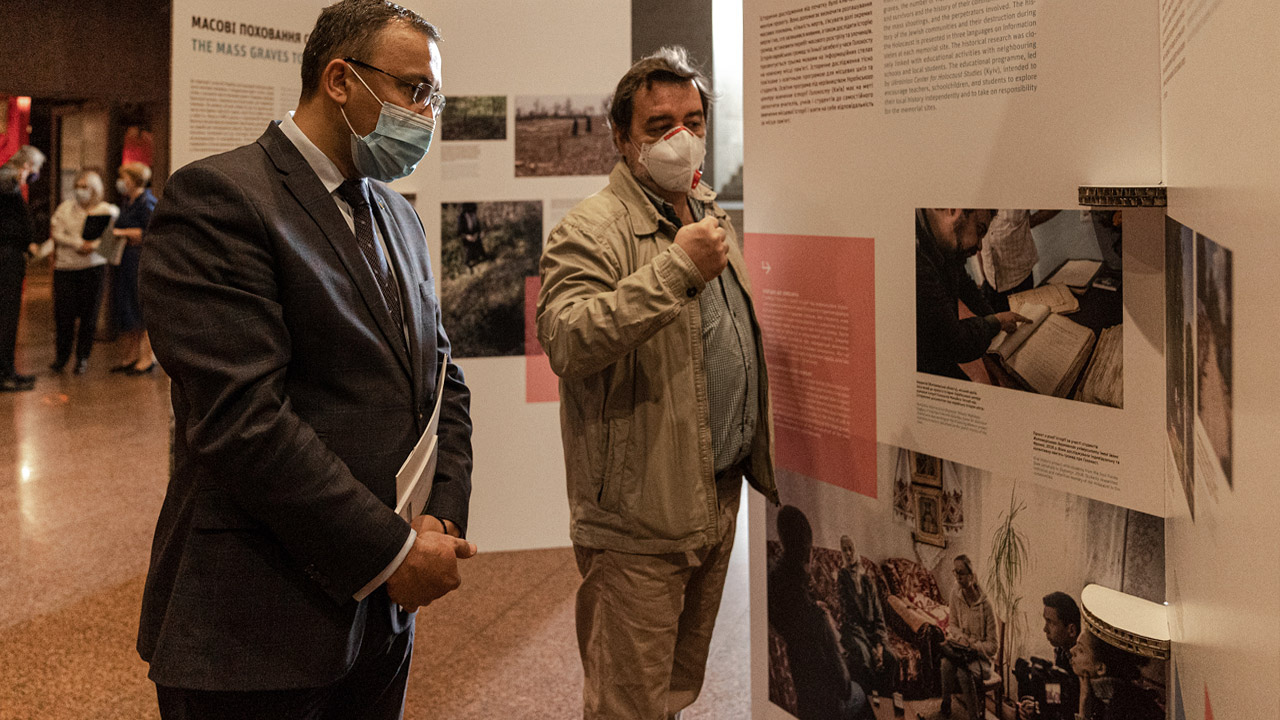 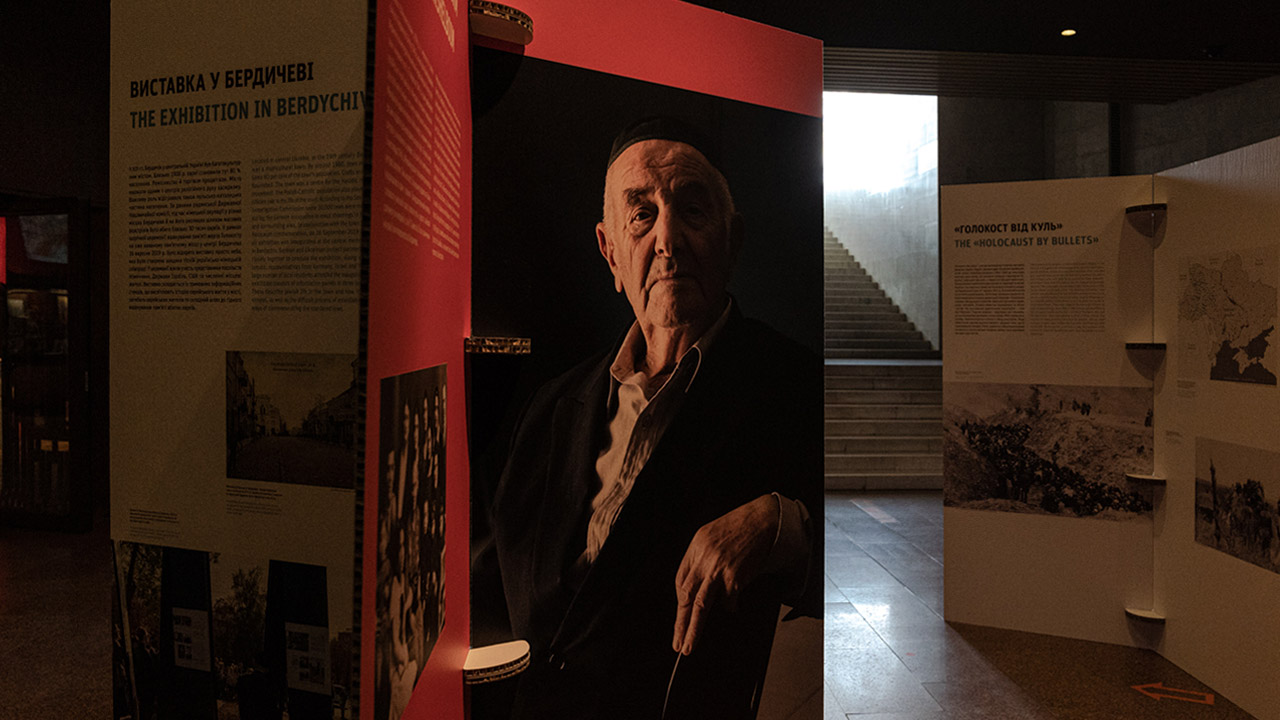