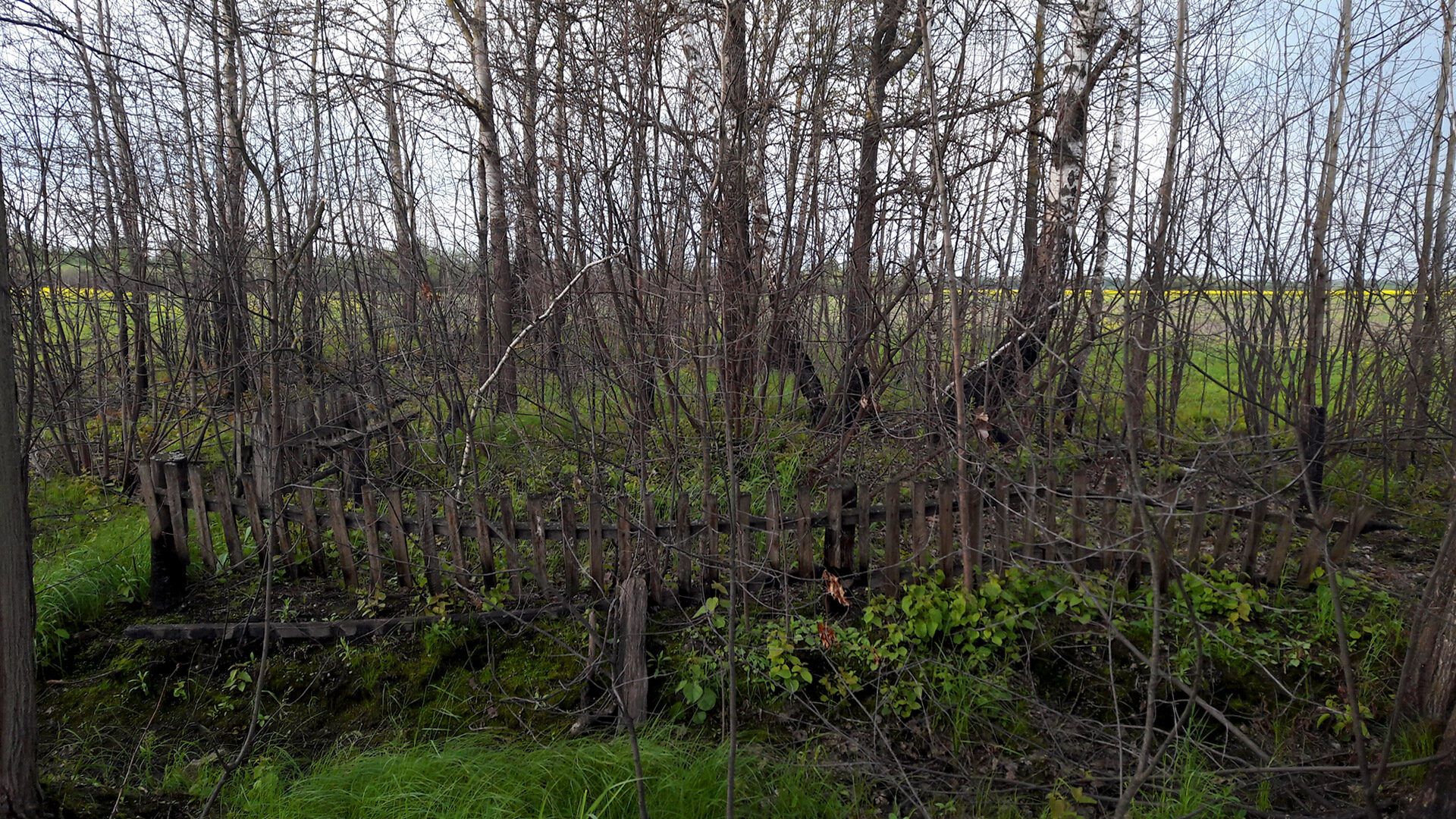 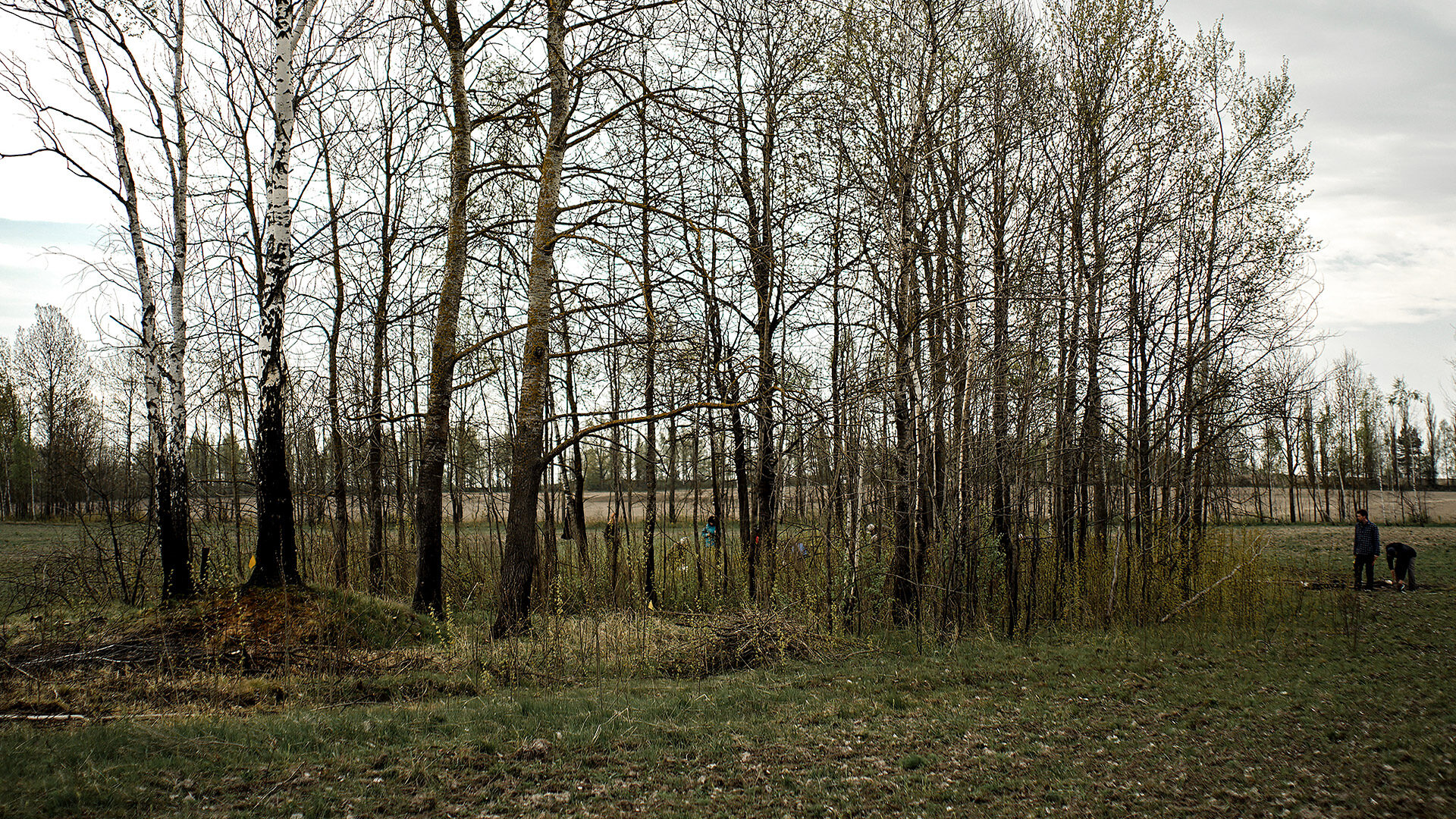 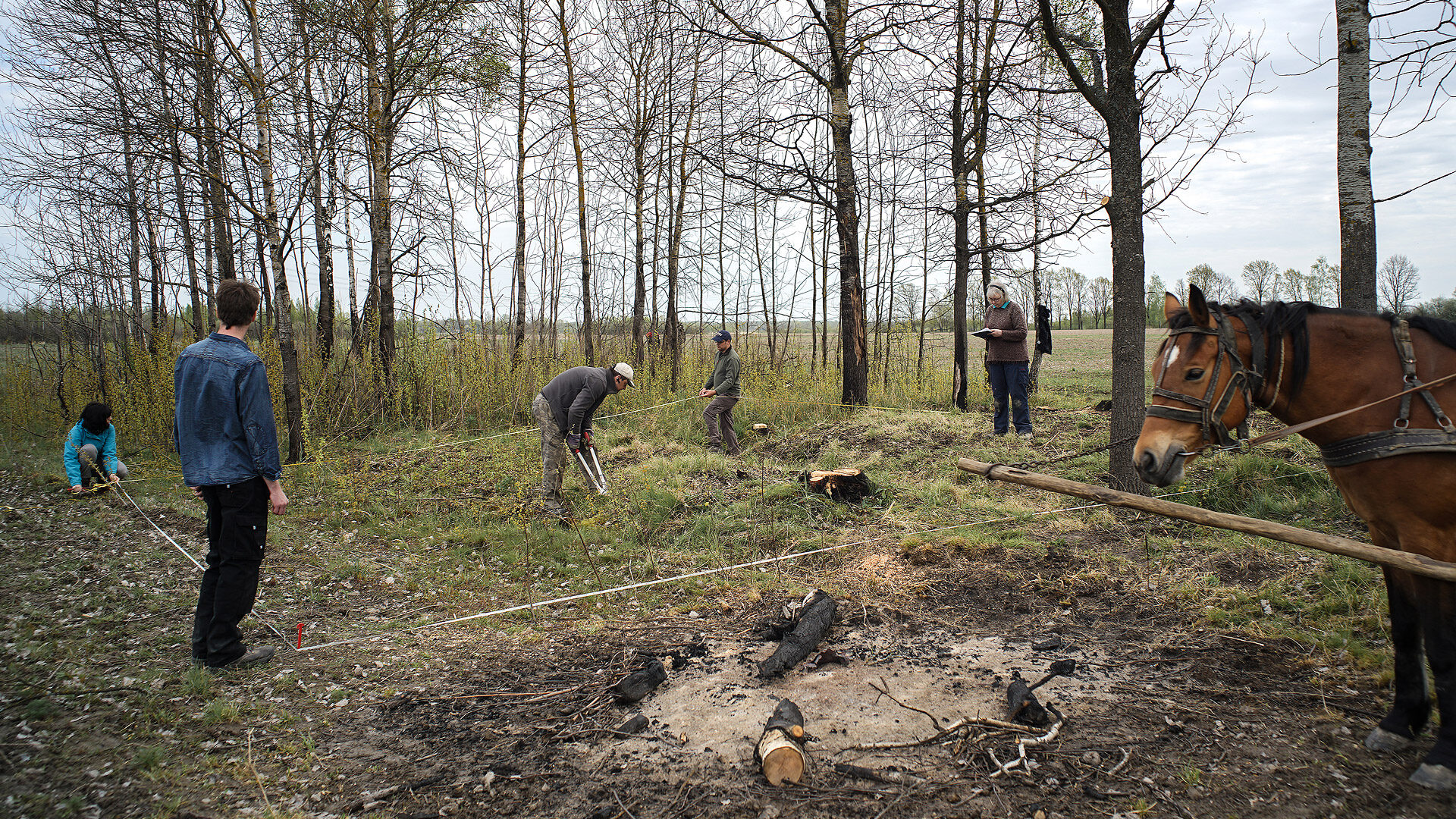 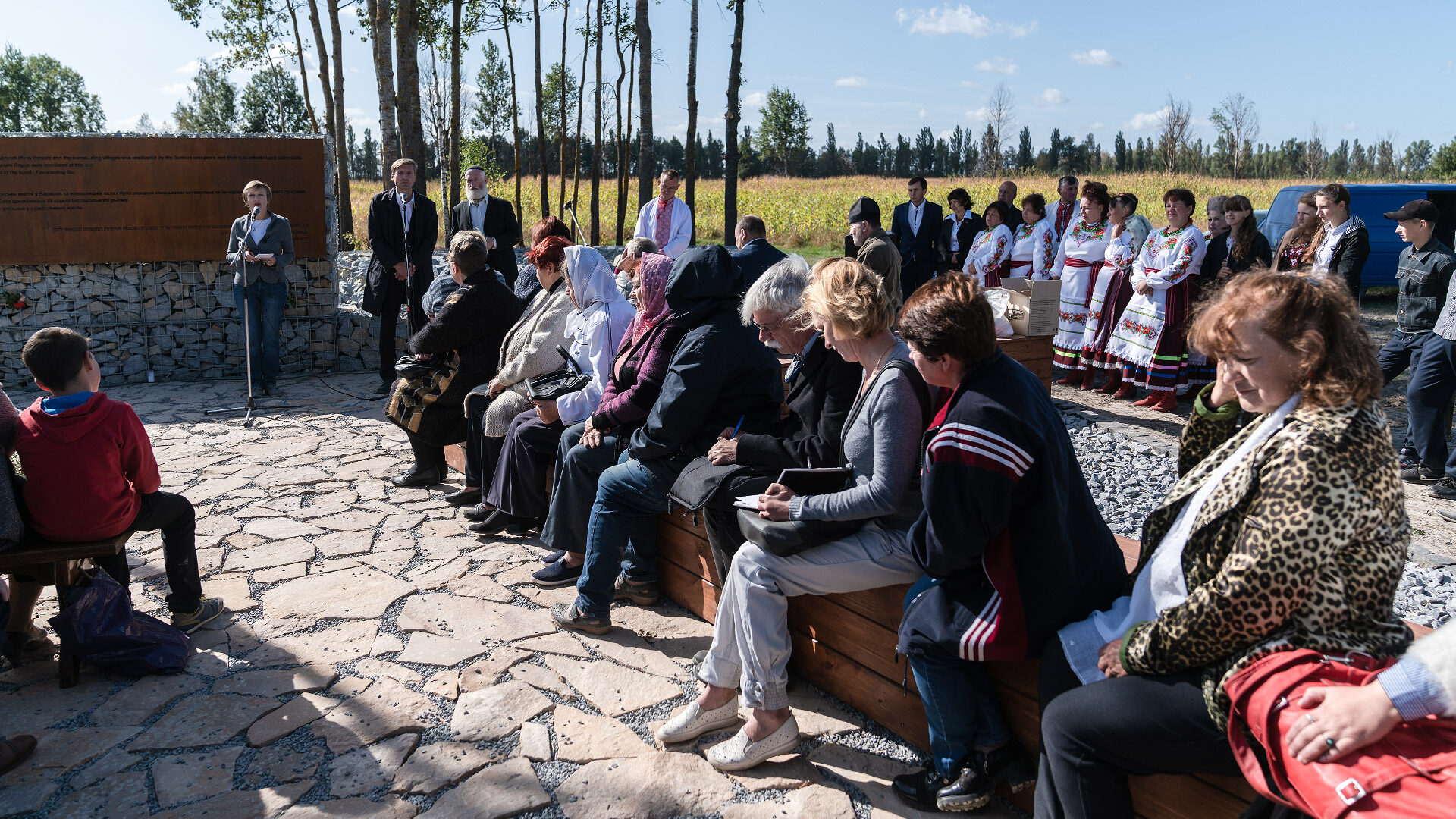 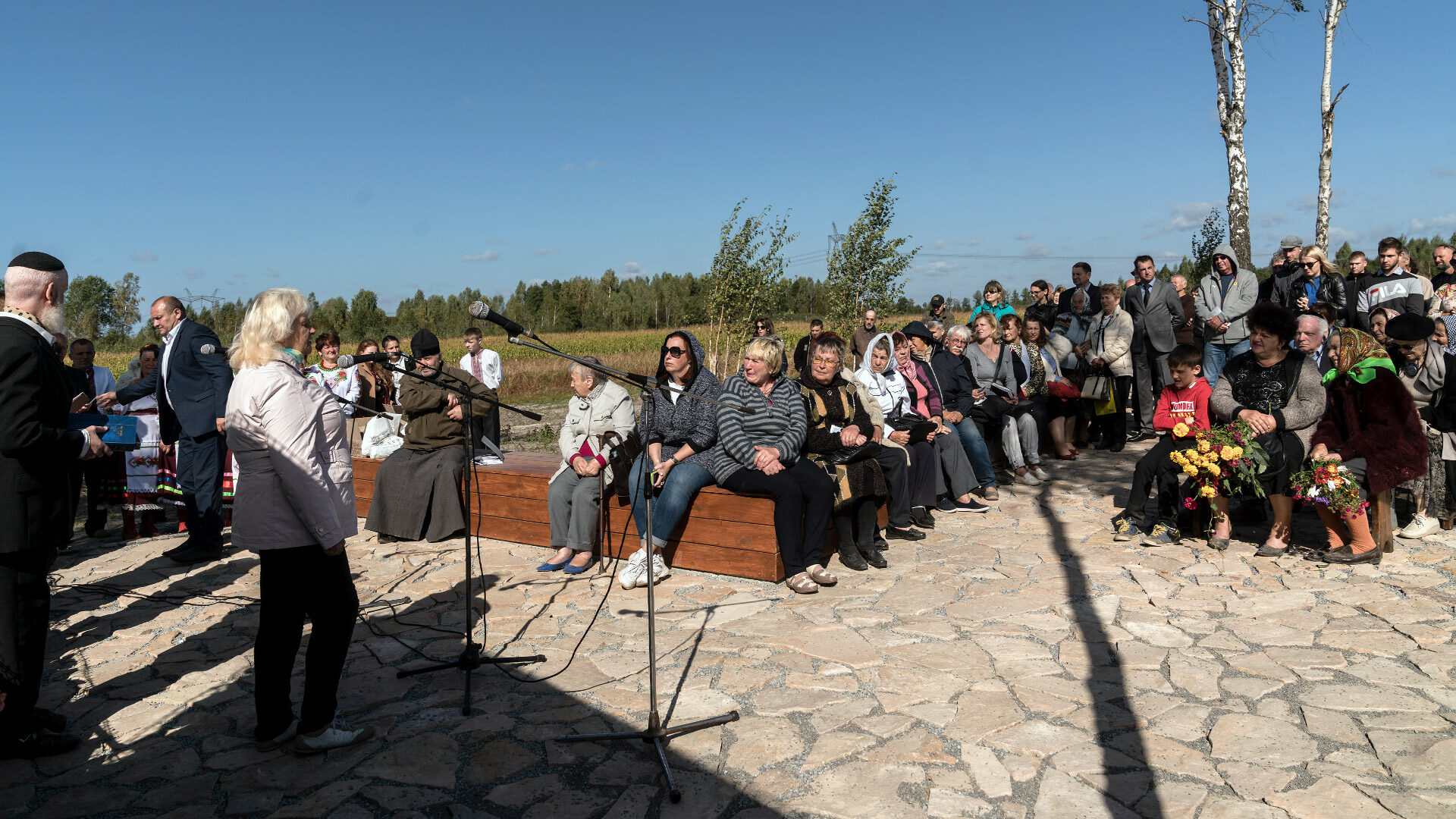 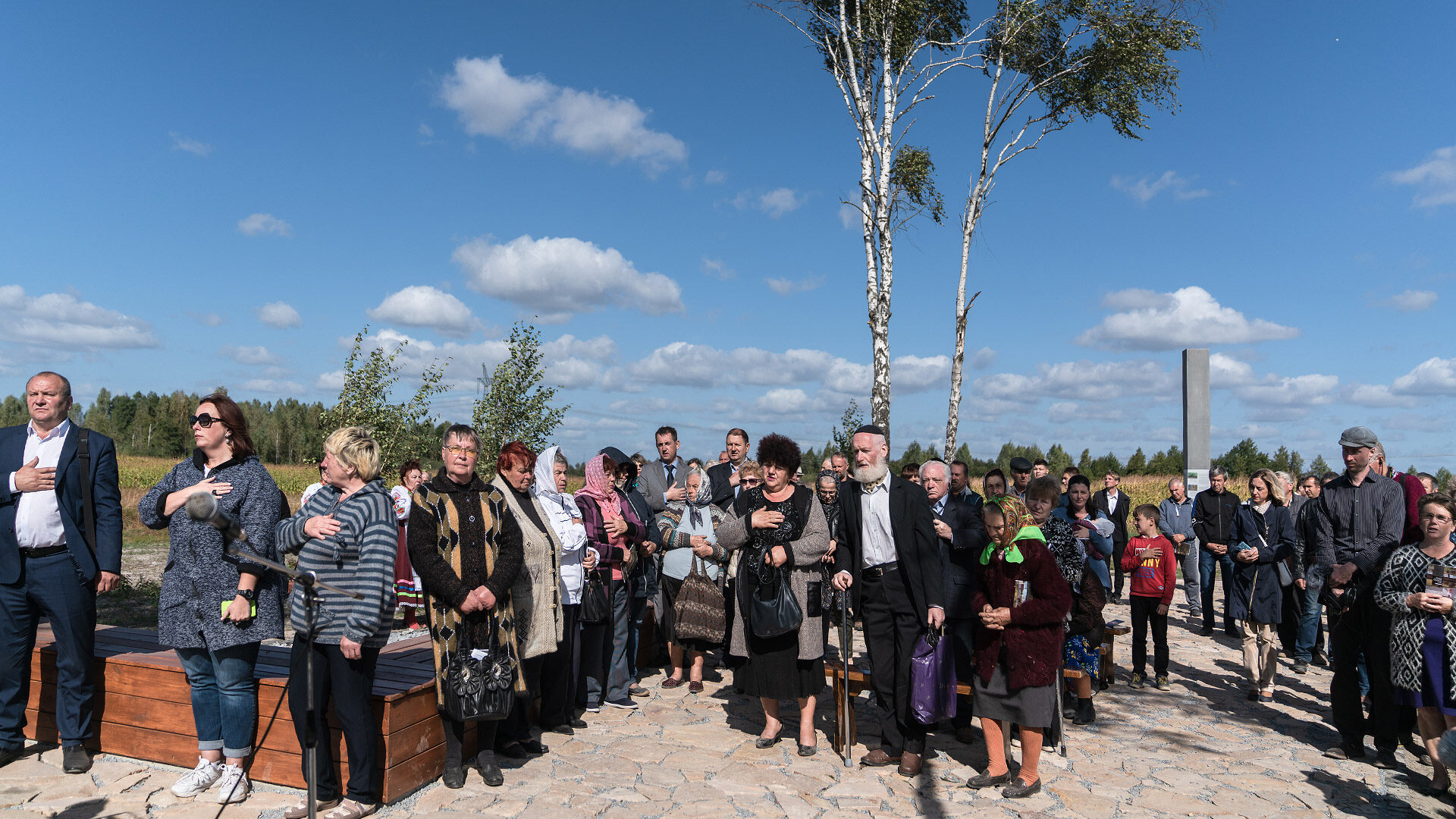 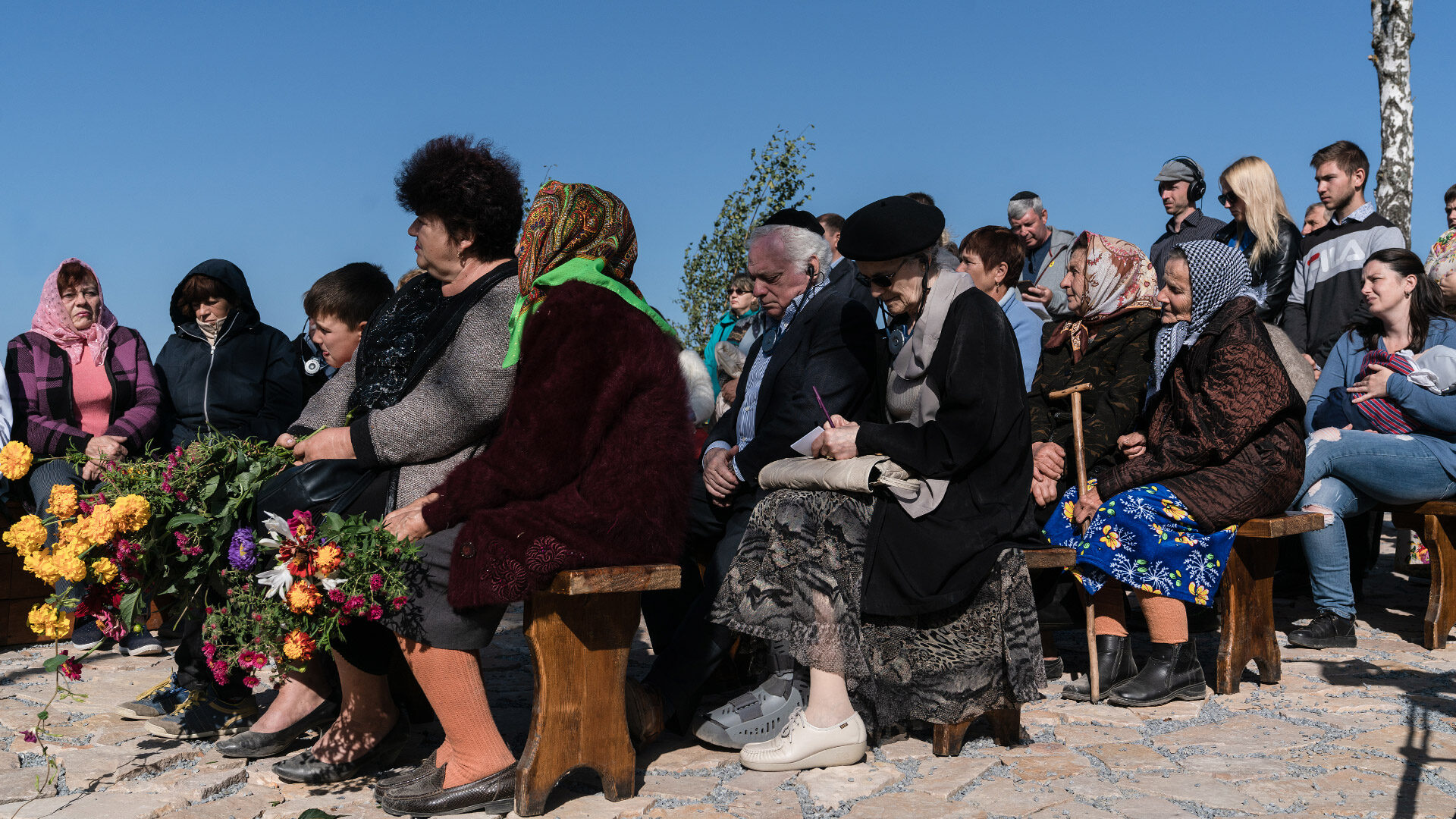 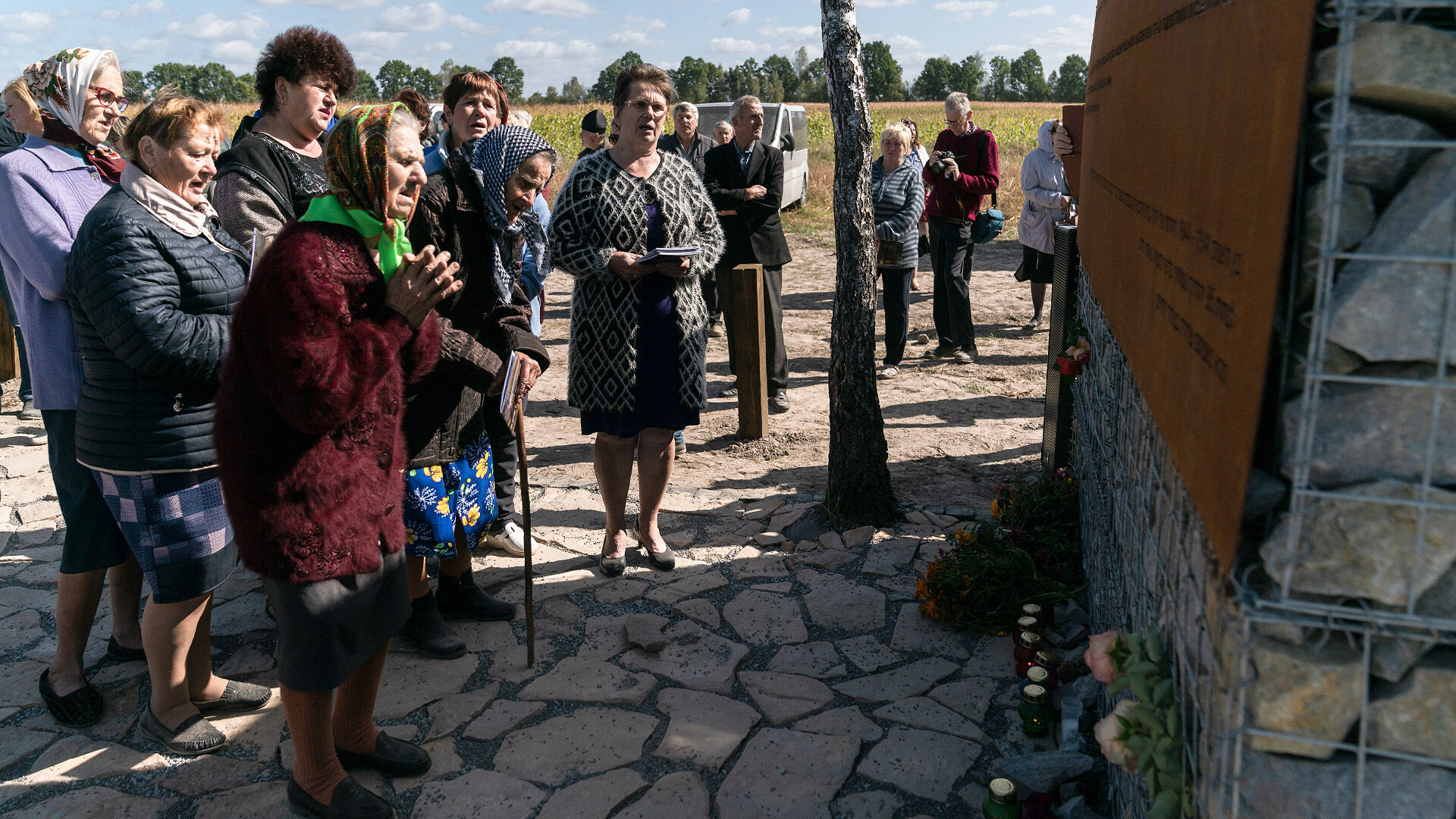 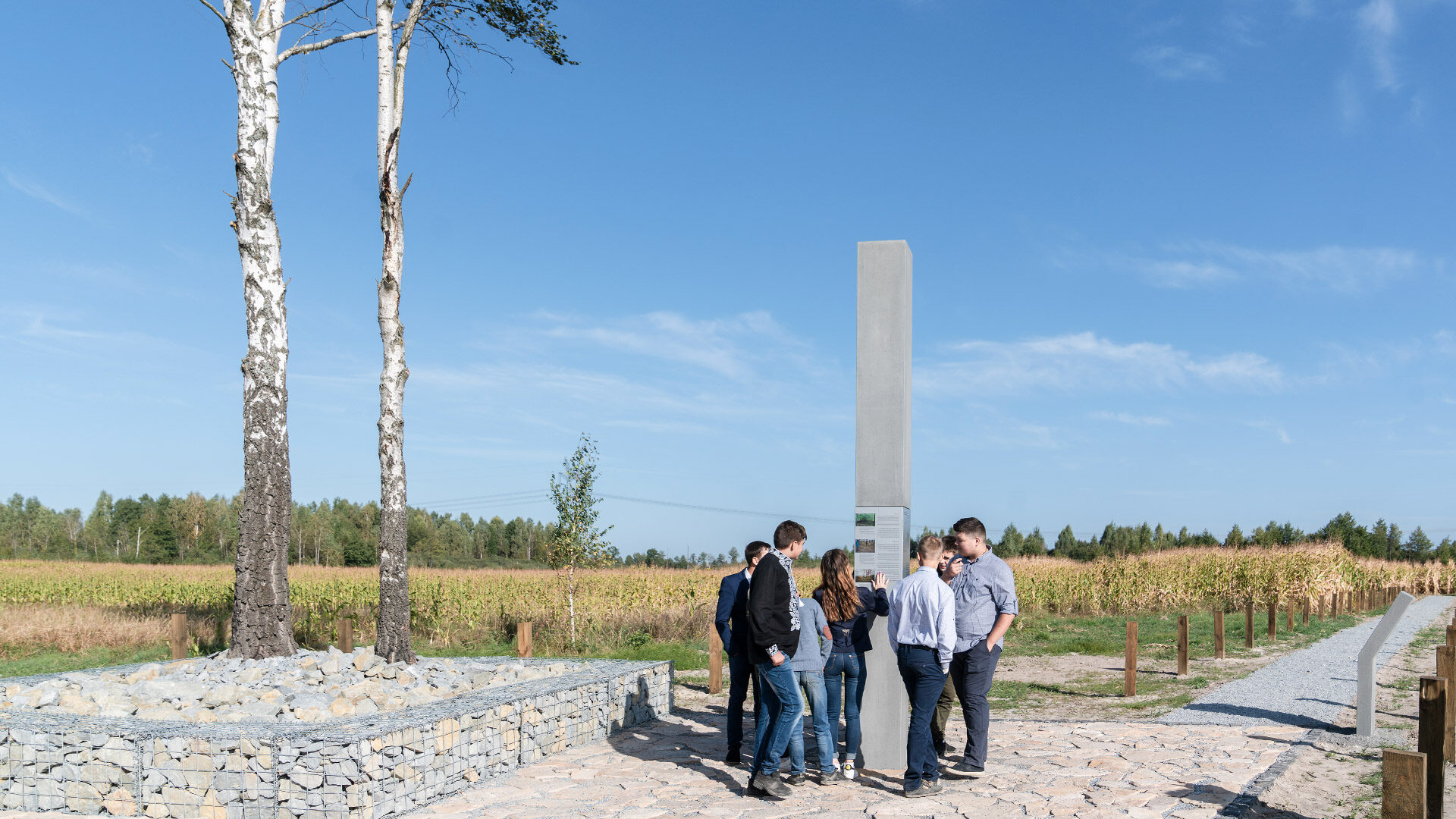 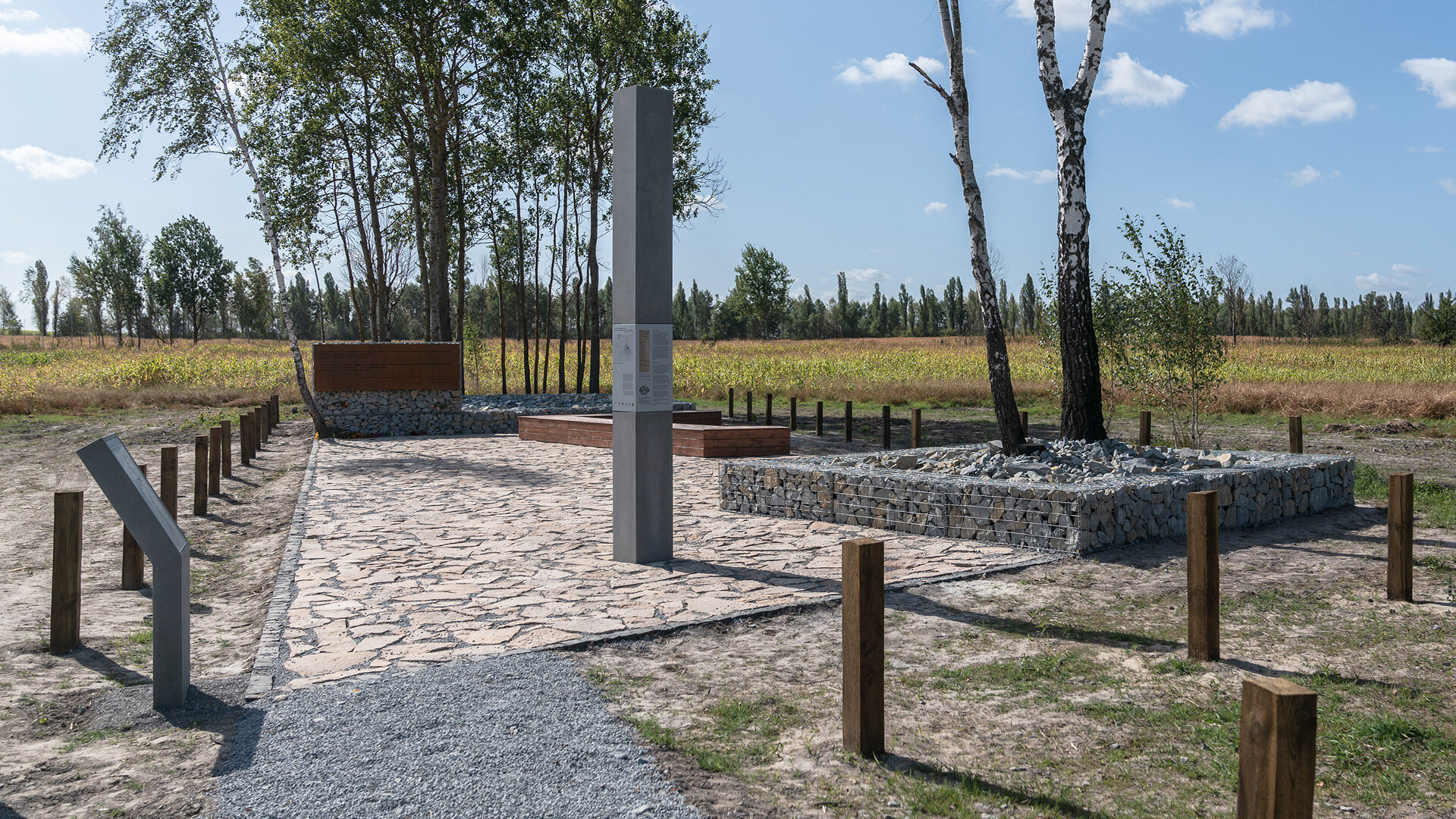 In autumn 1941, more than 170 Jews from Barashi and the surrounding area were murdered in a field near the town and hastily buried in two mass graves. After the war, the boundaries of the mass graves were marked by a wooden fence, which later rotted and was removed when the plot was cleared in preparation for the construction of the memorial site. The mass grave was reclaimed by nature and thereby protected from agricultural use. No memorial or plaque was present here. The memorial site to the murdered Jews was constructed in 2019 and inaugurated that September. 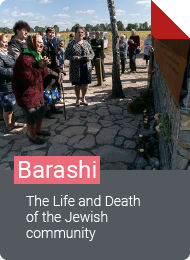 Barashi. The Life and Death of the Jewish community (essay)
How to get to the burial place?