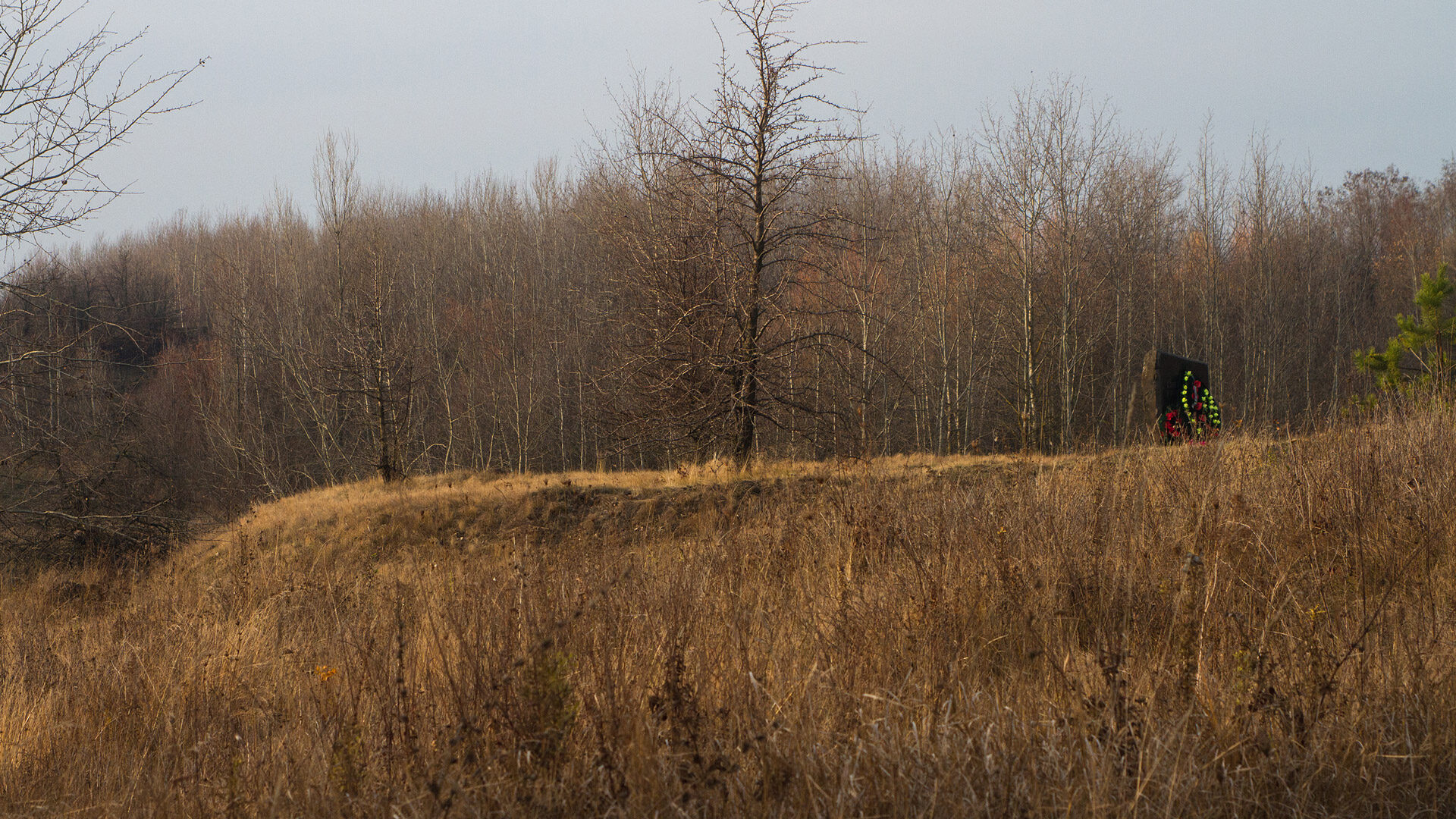 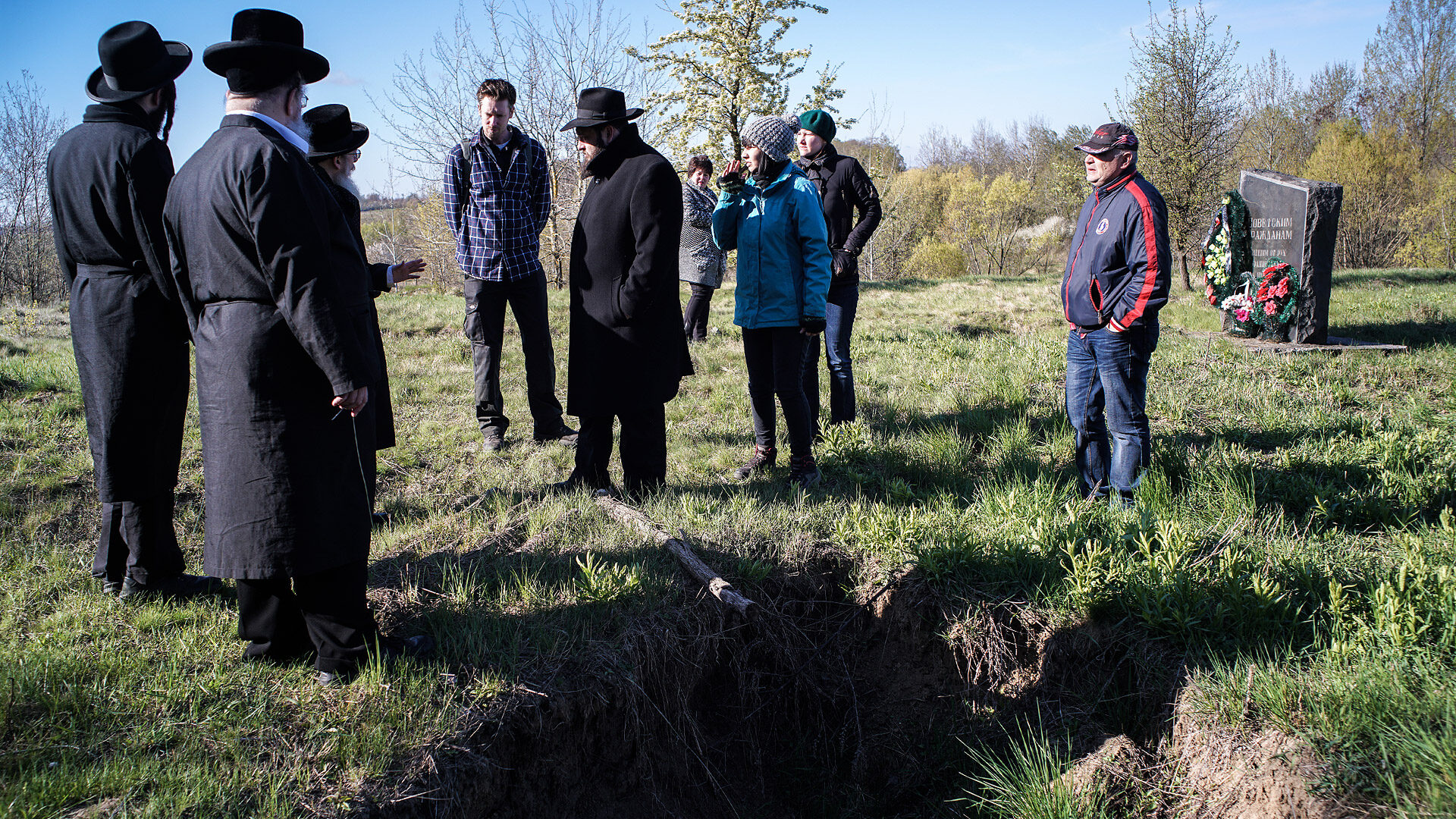 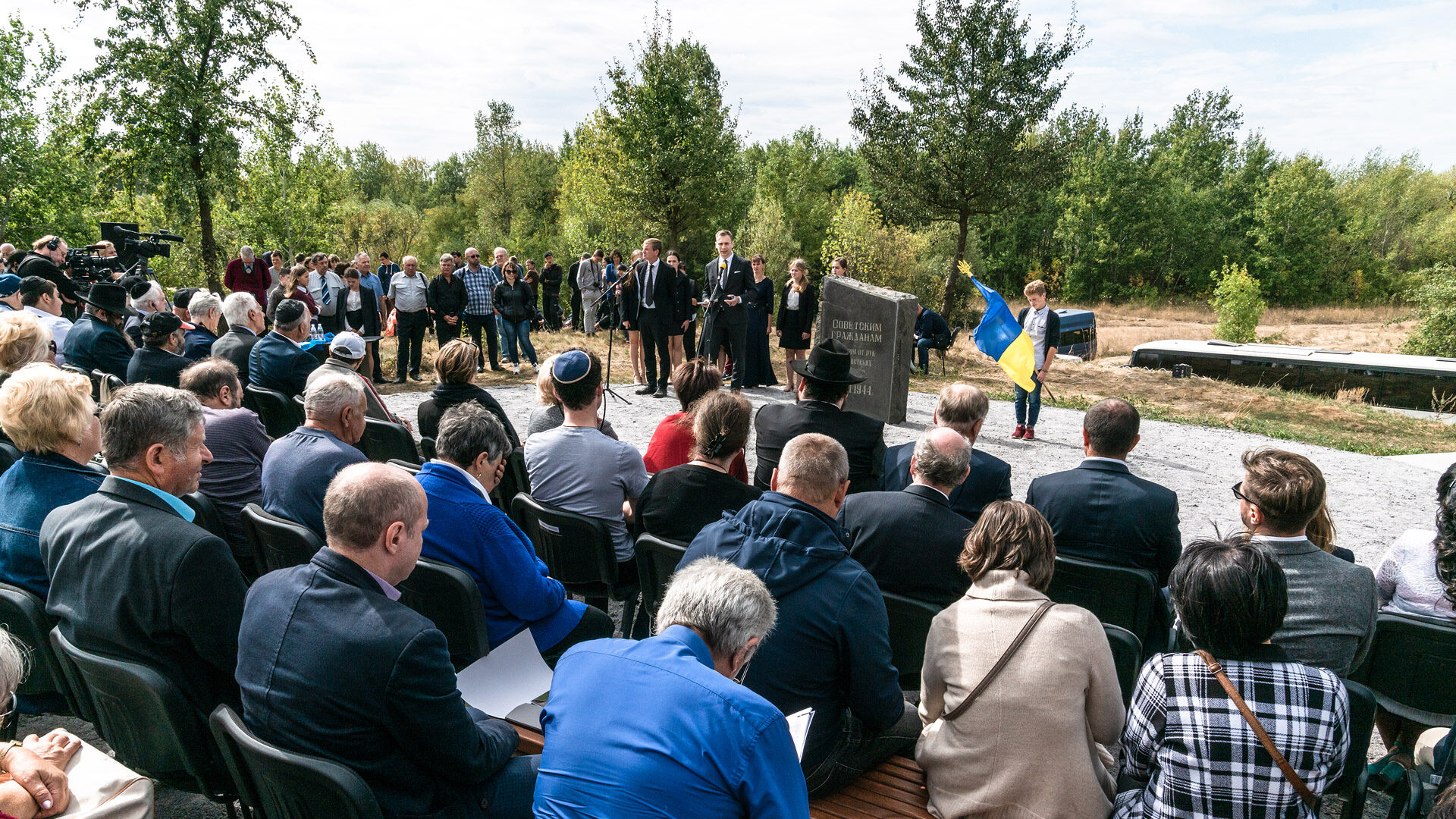 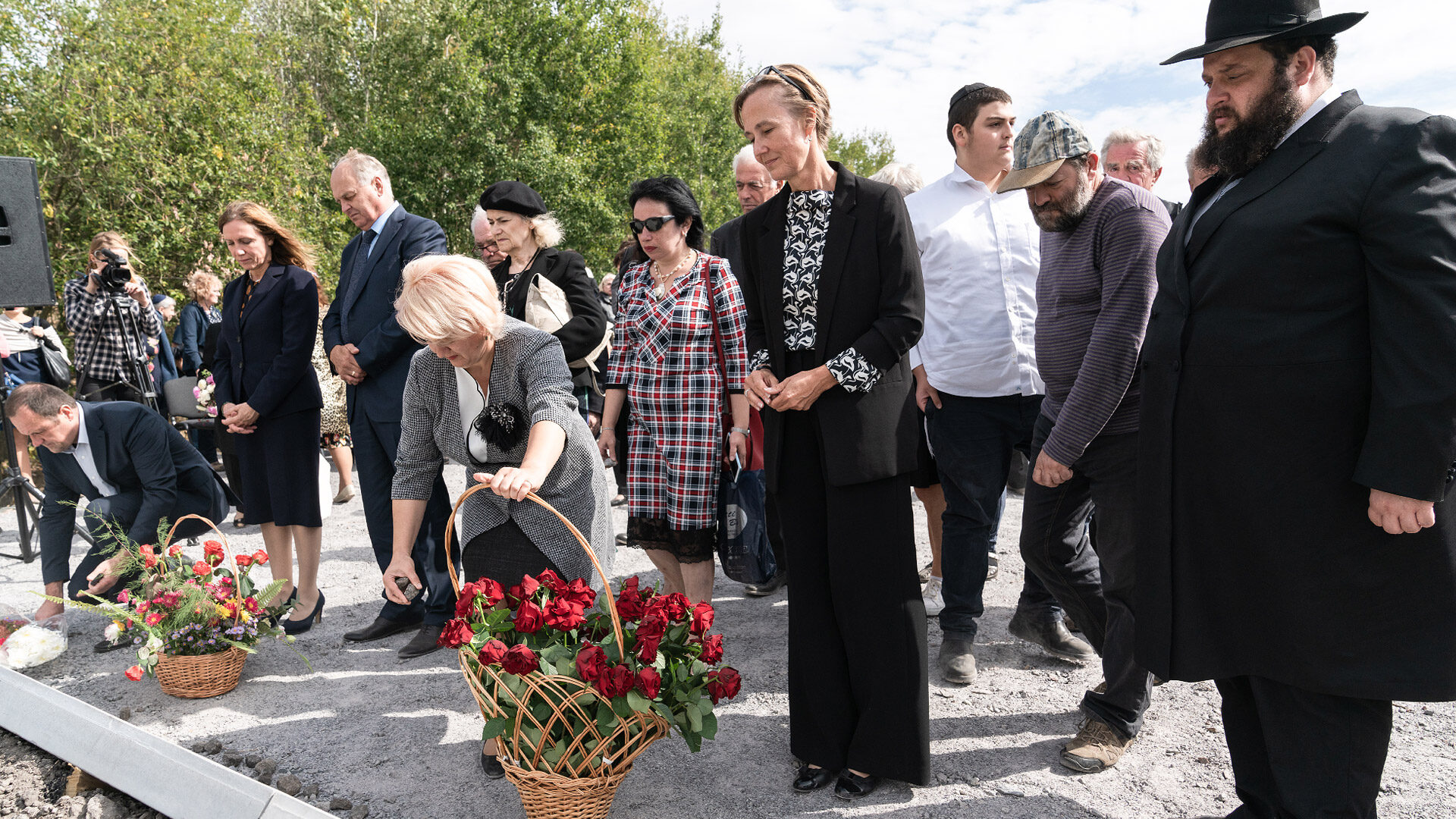 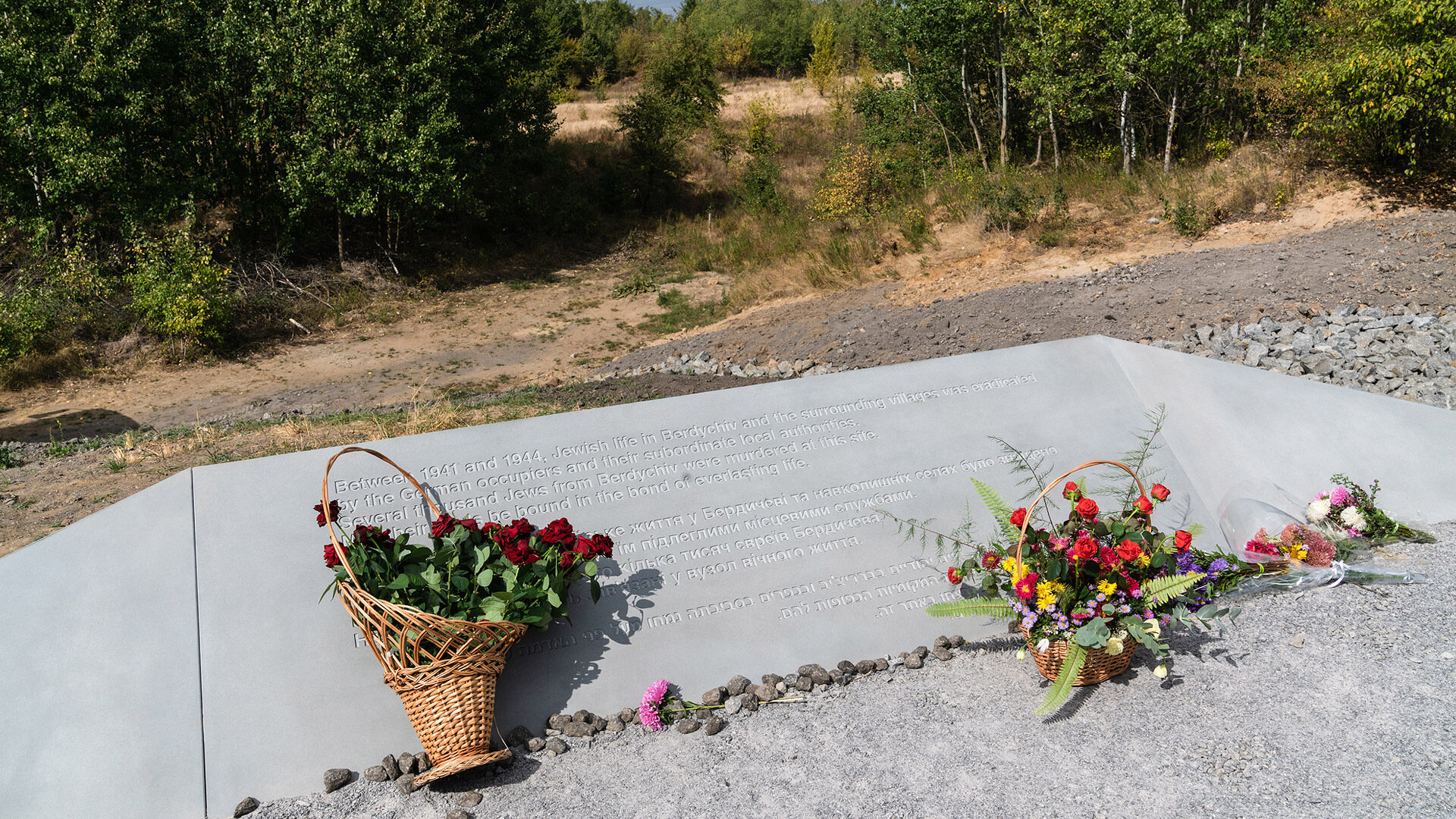 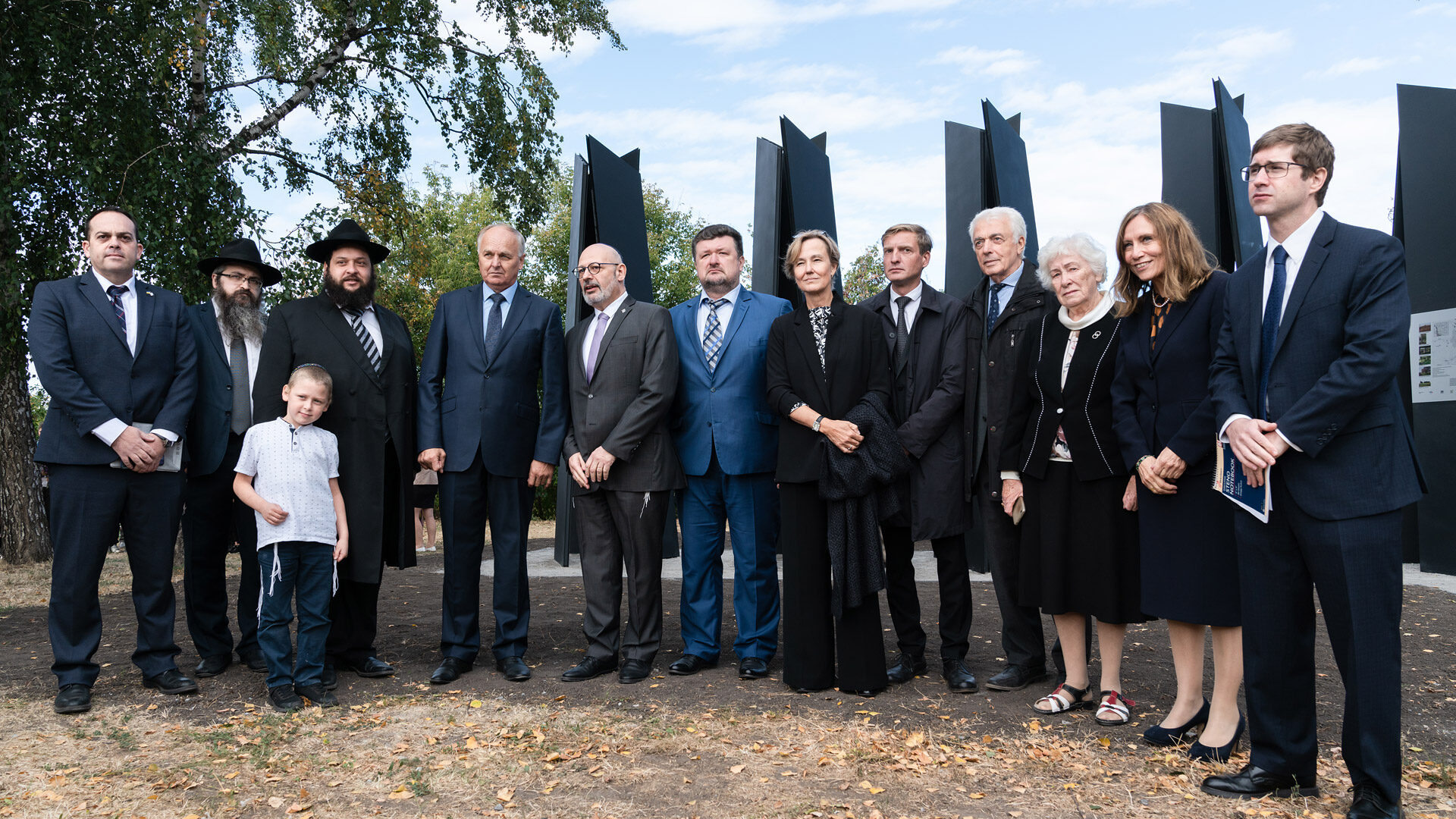 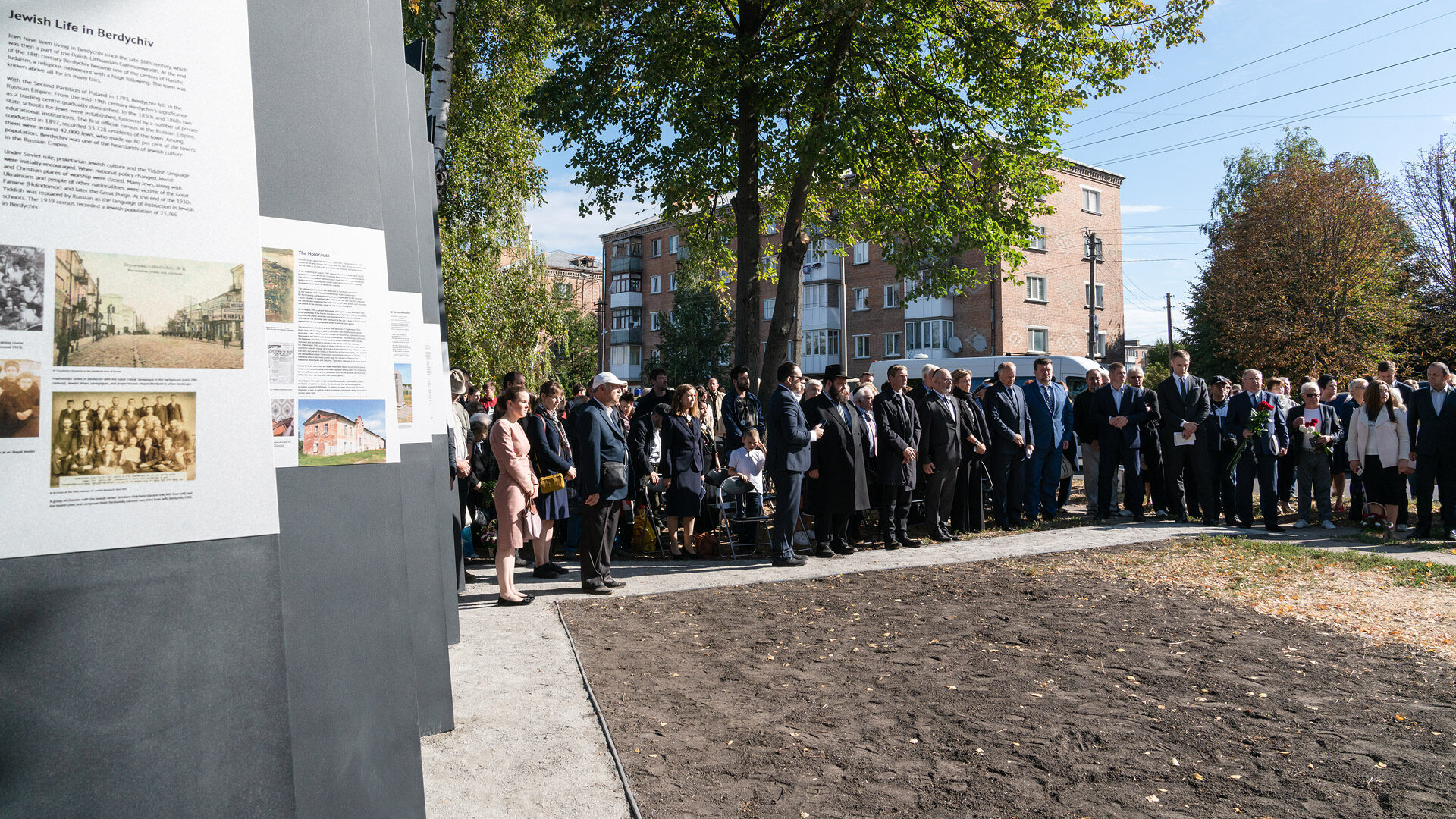 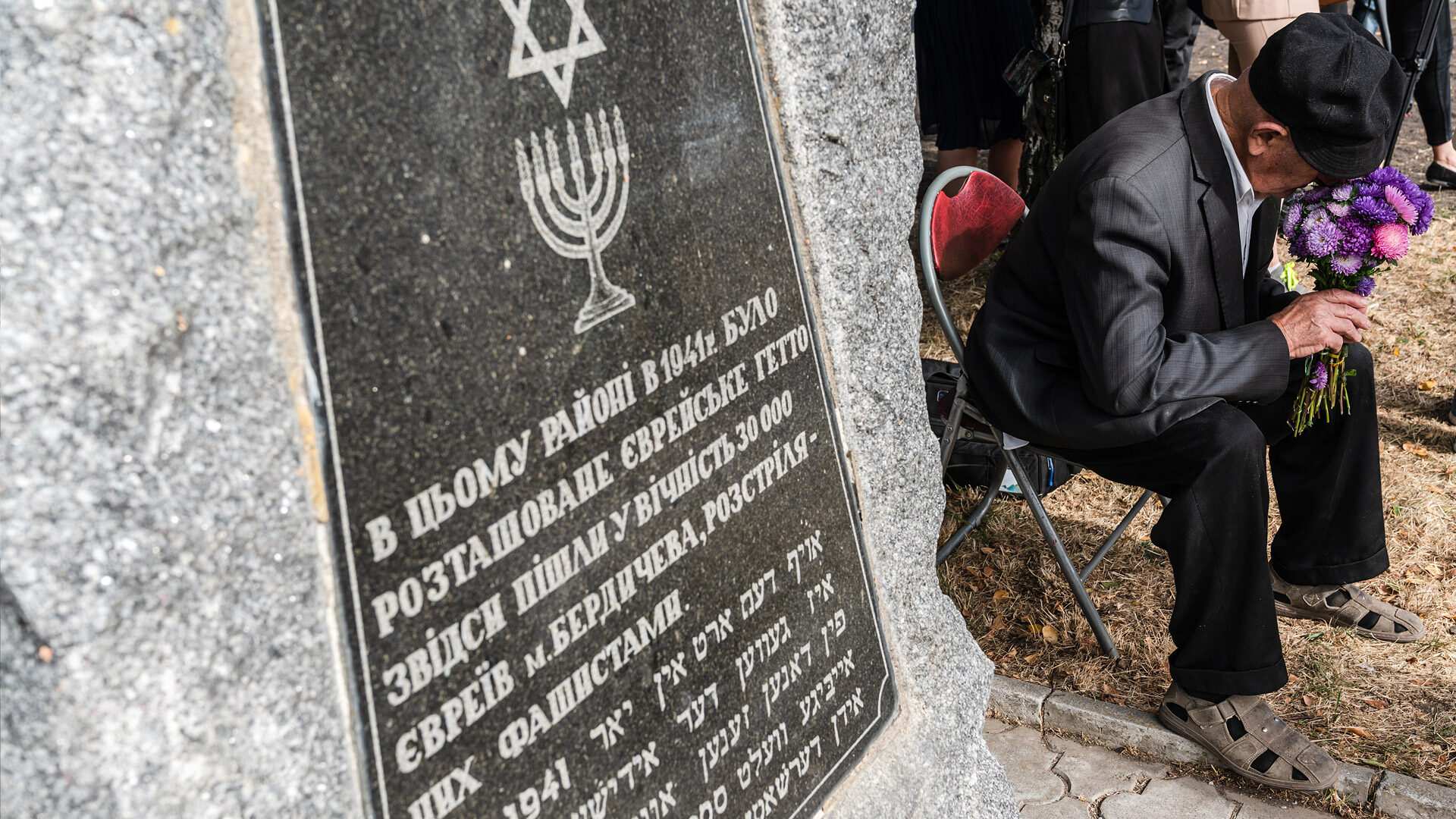 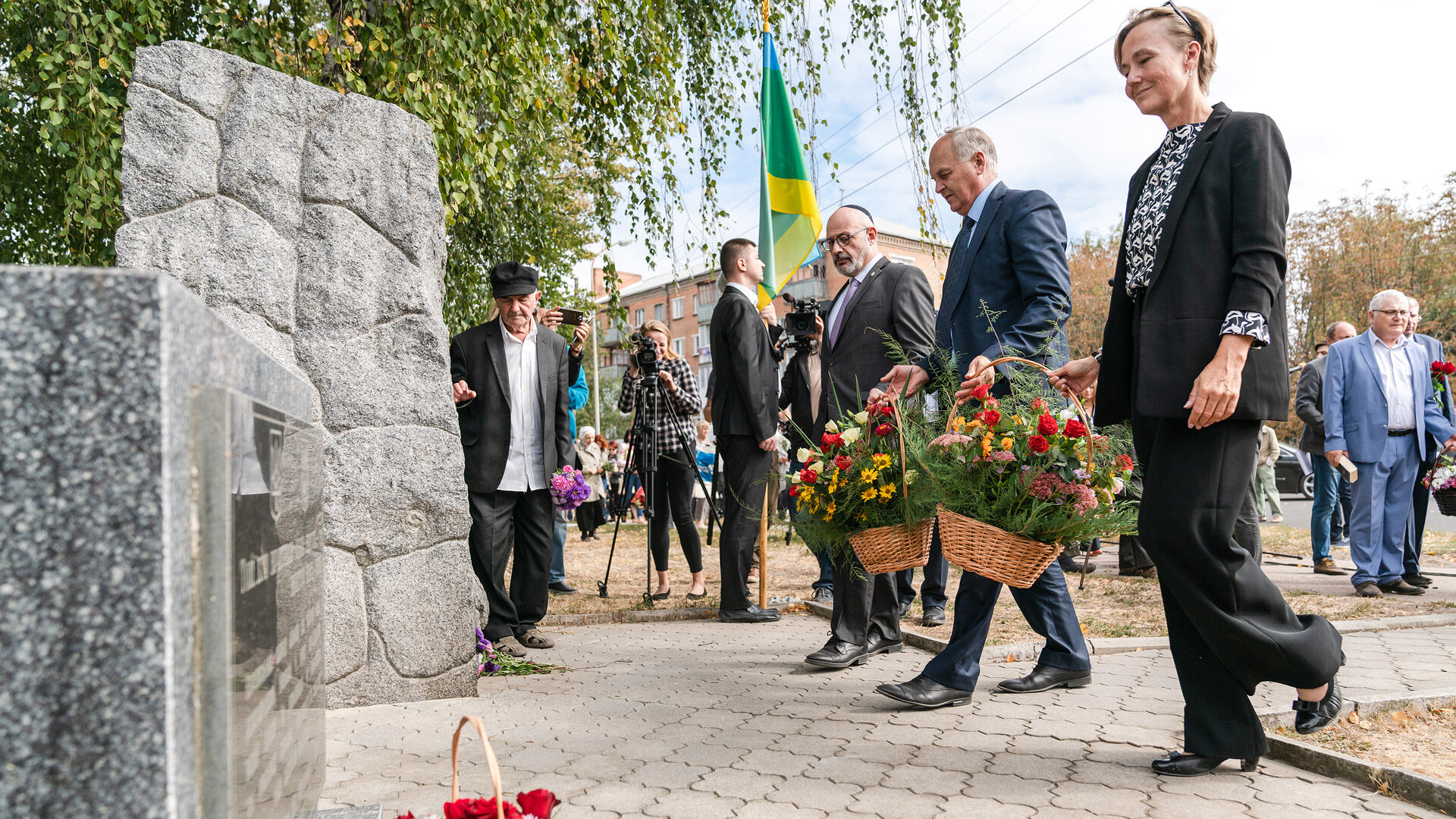 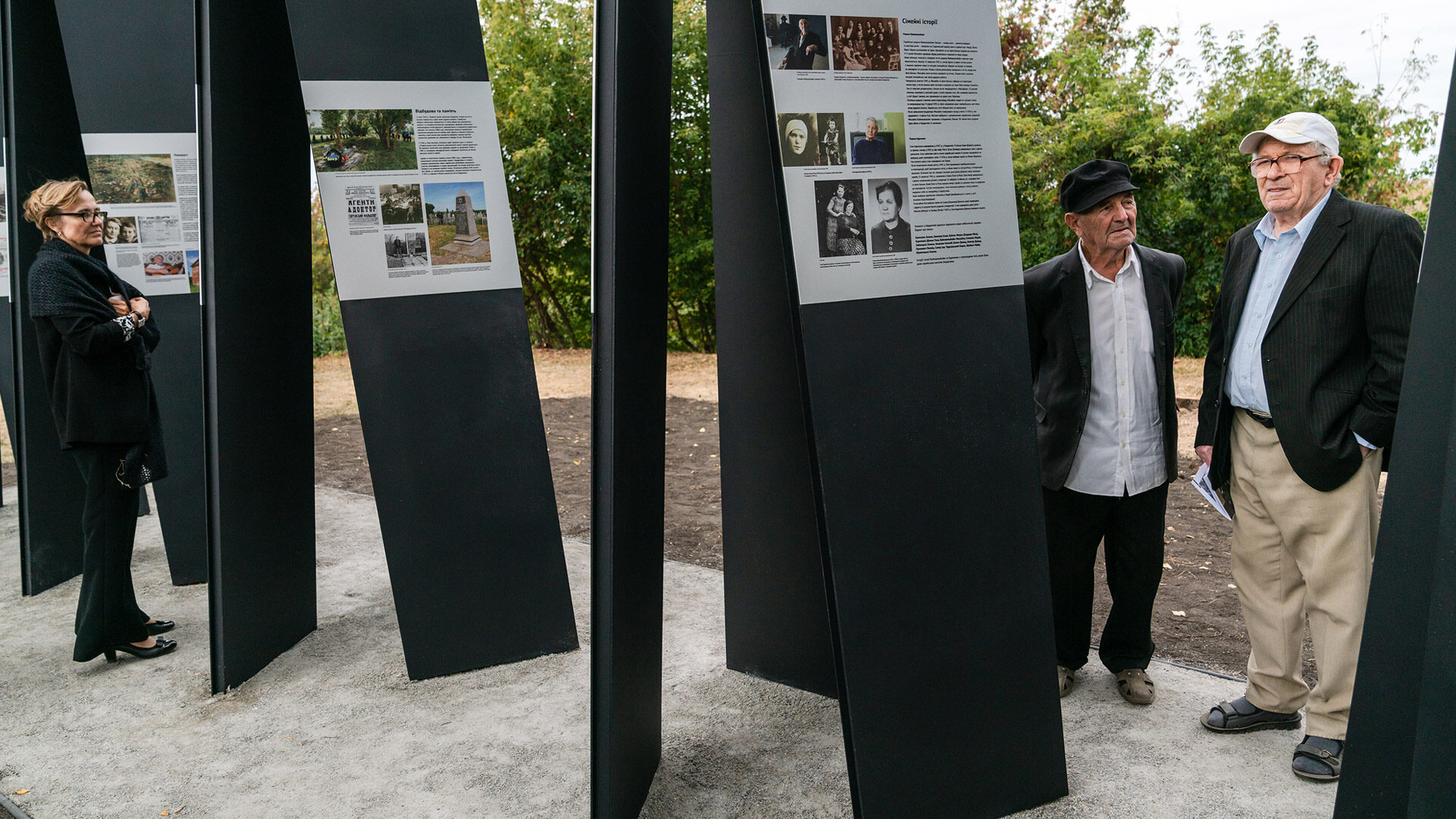 The mass grave in Khazhyn, located 7 km south of the city of Berdychiv, is one of several large mass graves located in and around Berdychiv. From mid-August 1941 onwards, this site was used repeatedly for mass shootings of Jews (and most likely of Soviet prisoners of war), for example on 4 September 1941, when 1,303 Jews from Berdychiv were shot. According to figures from the Soviet Extraordinary State Commission, a total of 10,656 individuals had been murdered here by the end of 1943.

Berdychiv is of particular significance for the project. The high number of victims and the large number of graves at this site, along with the repeated desecration of the graves presented major challenges to the work at this site. For this reason, the research into and protection of these graves can only take place gradually.

The memorial site in Khazhyn was constructed in 2019 and officially opened that September. German and Ukrainian partners worked closely together to produce five information panels, which were put up at the central memorial site in Berdychiv. They provide information on the history of the local Jewish community as well as on the scale of the annihilation of the local Jews during the German occupation and the places where this occurred.

The protection of the additional graves remains a priority and a challenge for the future work of the project. Holocaust and Remembrance in Berdychiv (essay)