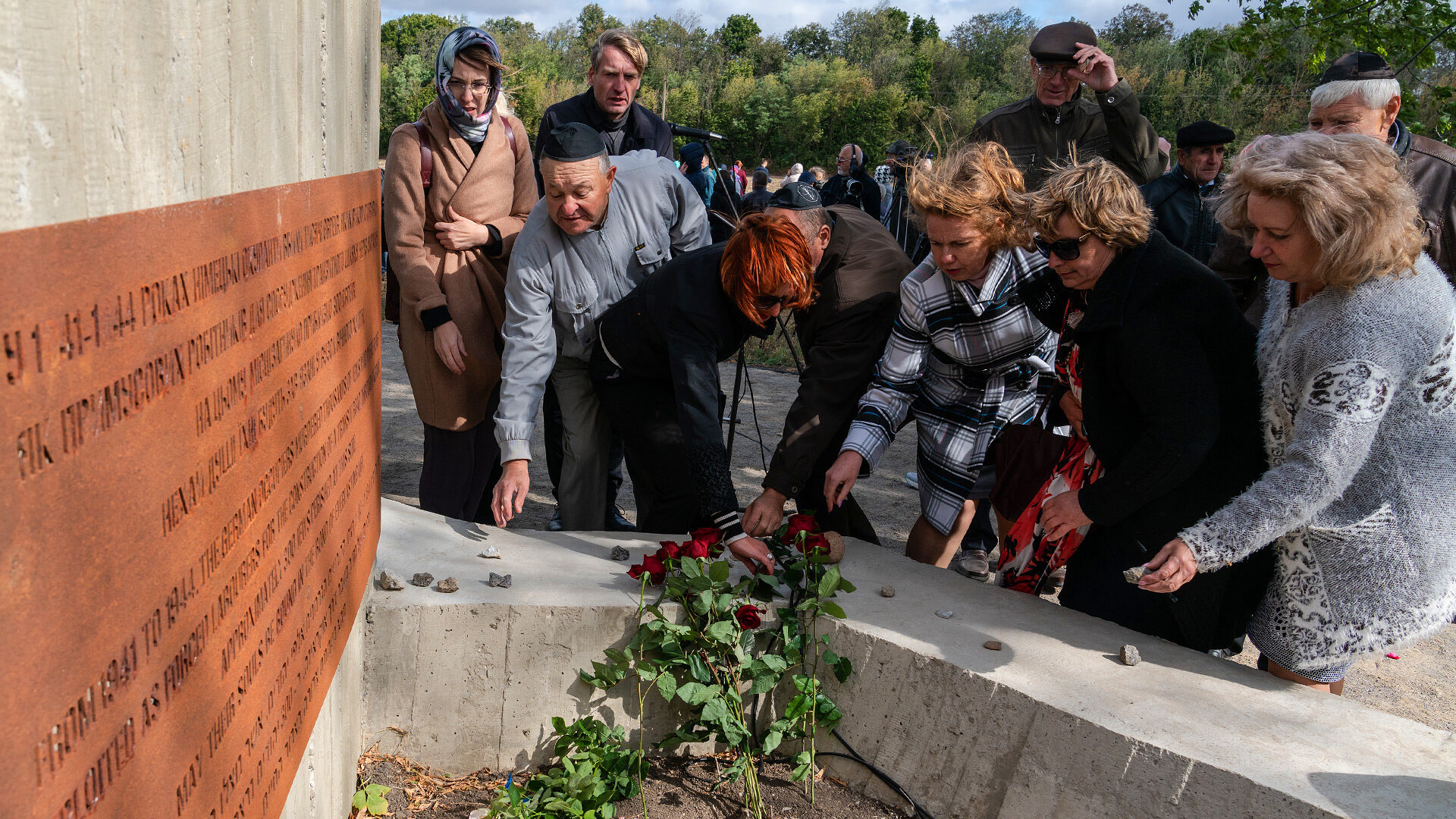 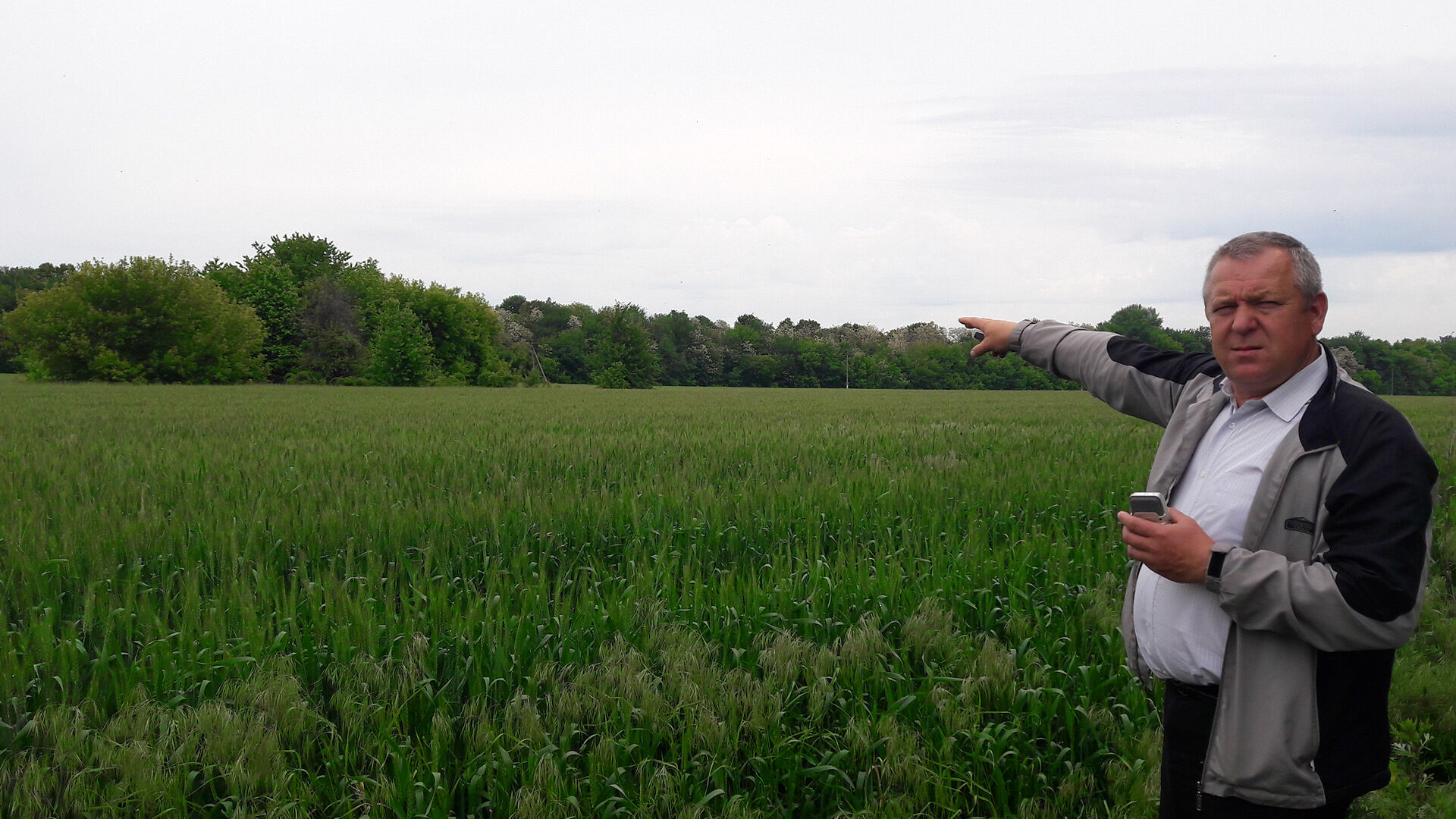 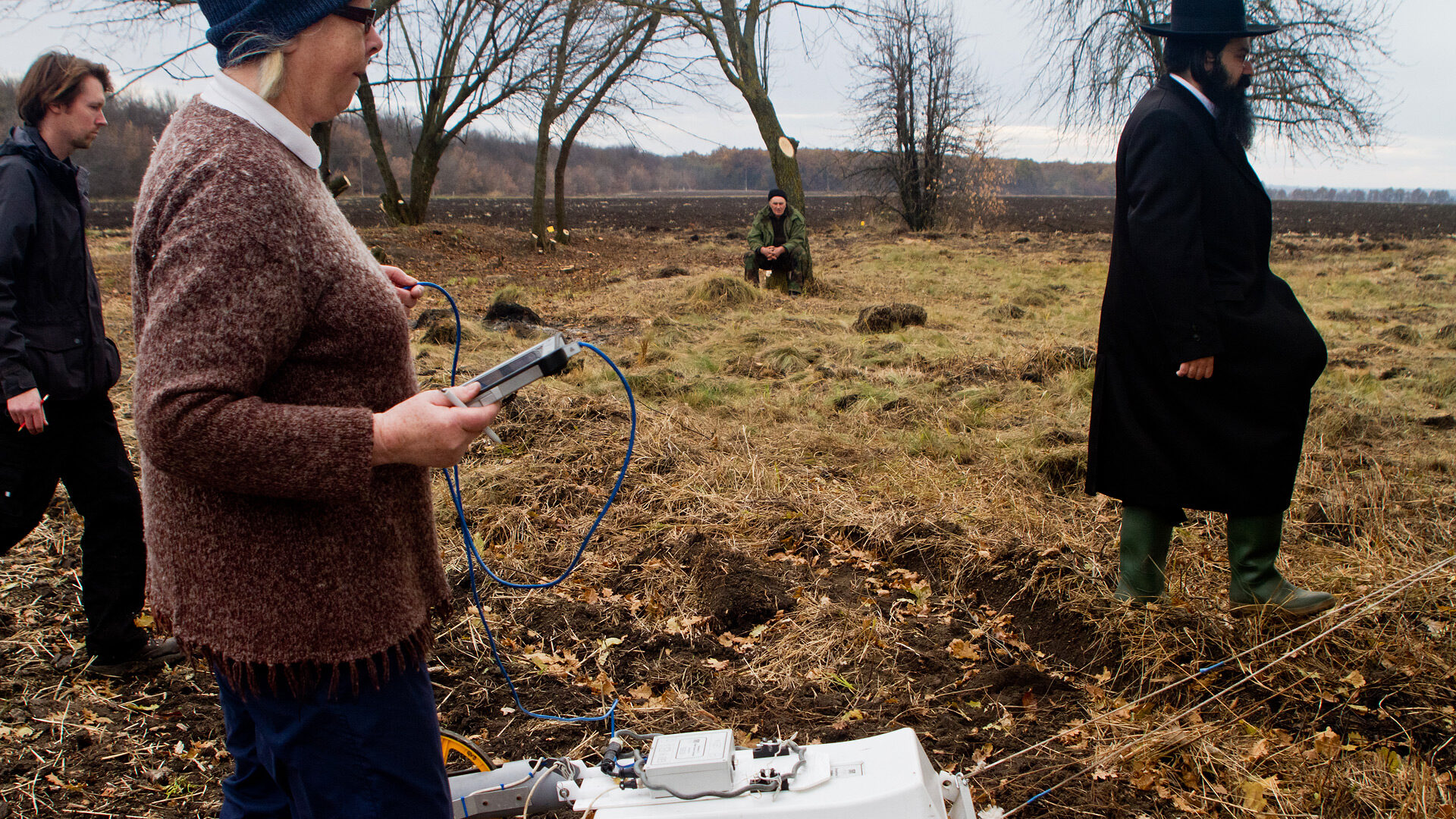 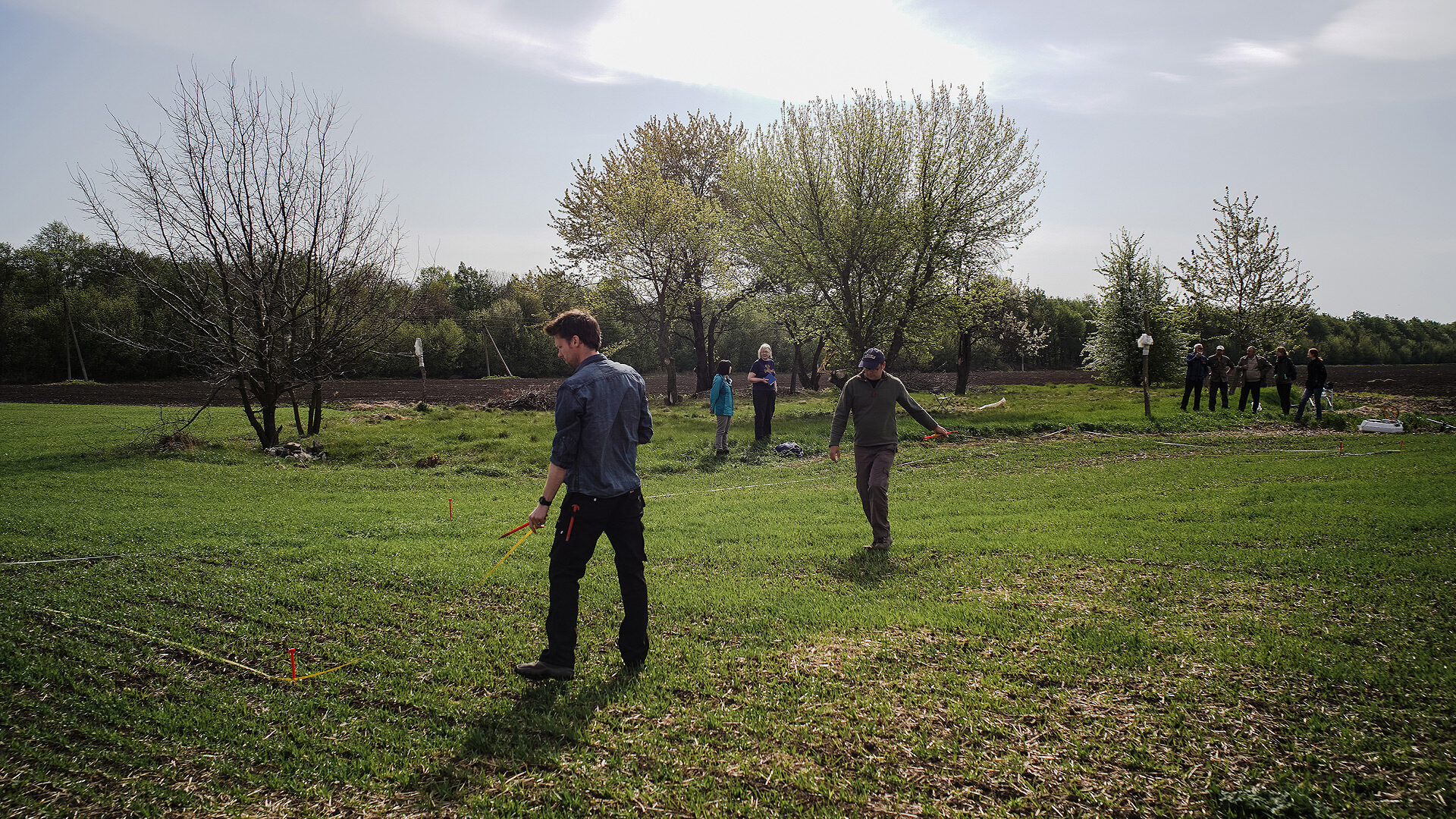 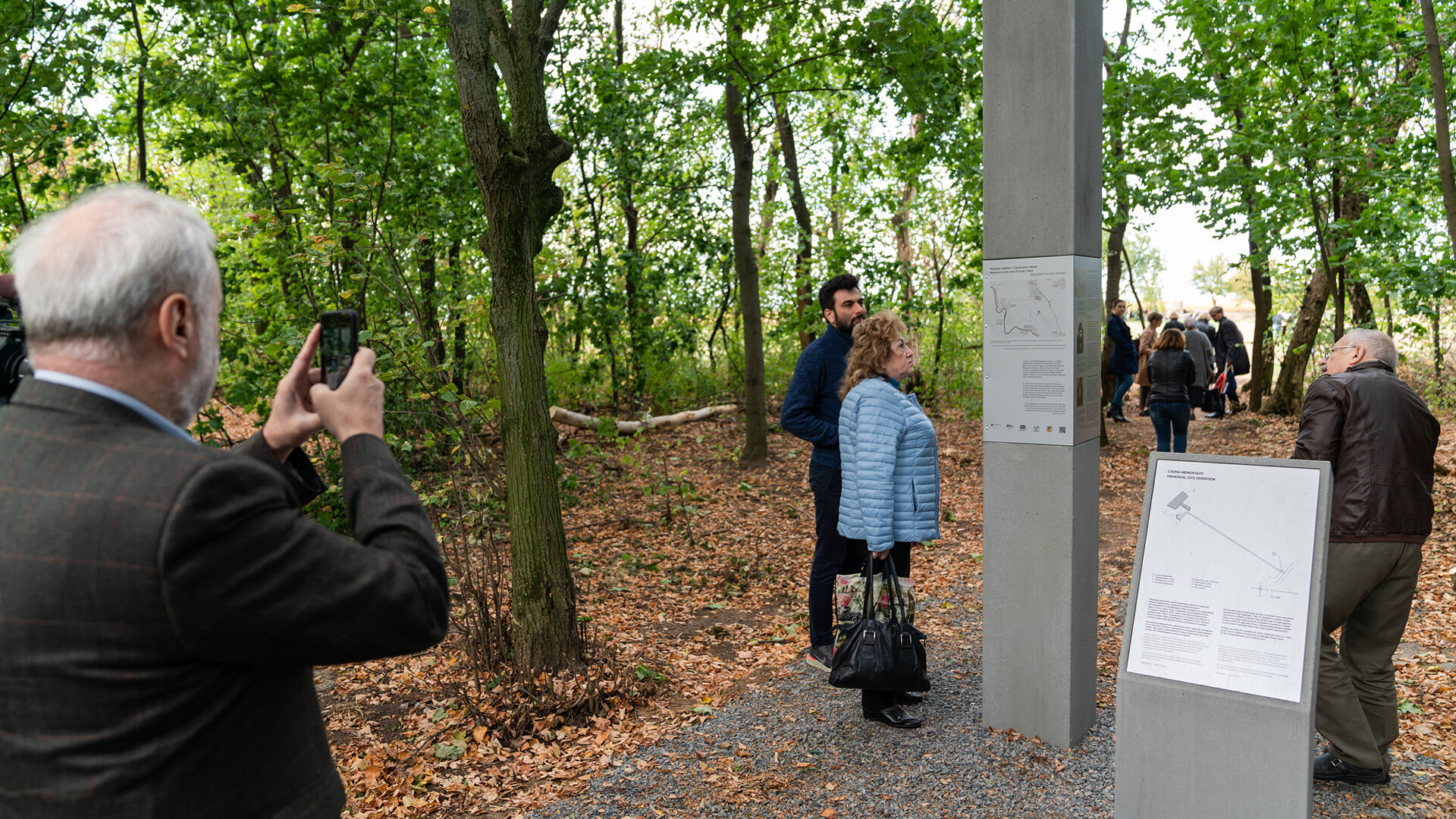 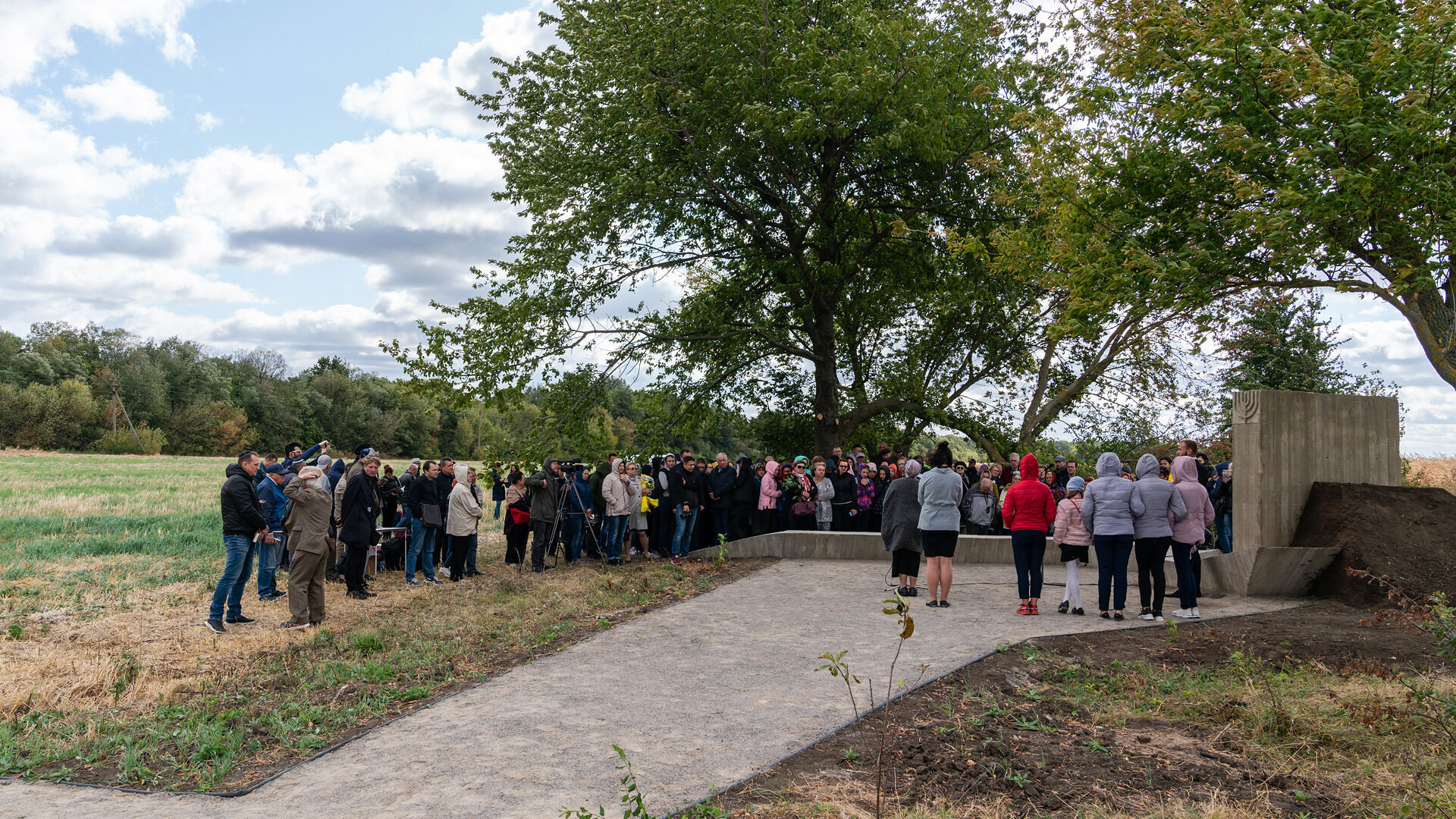 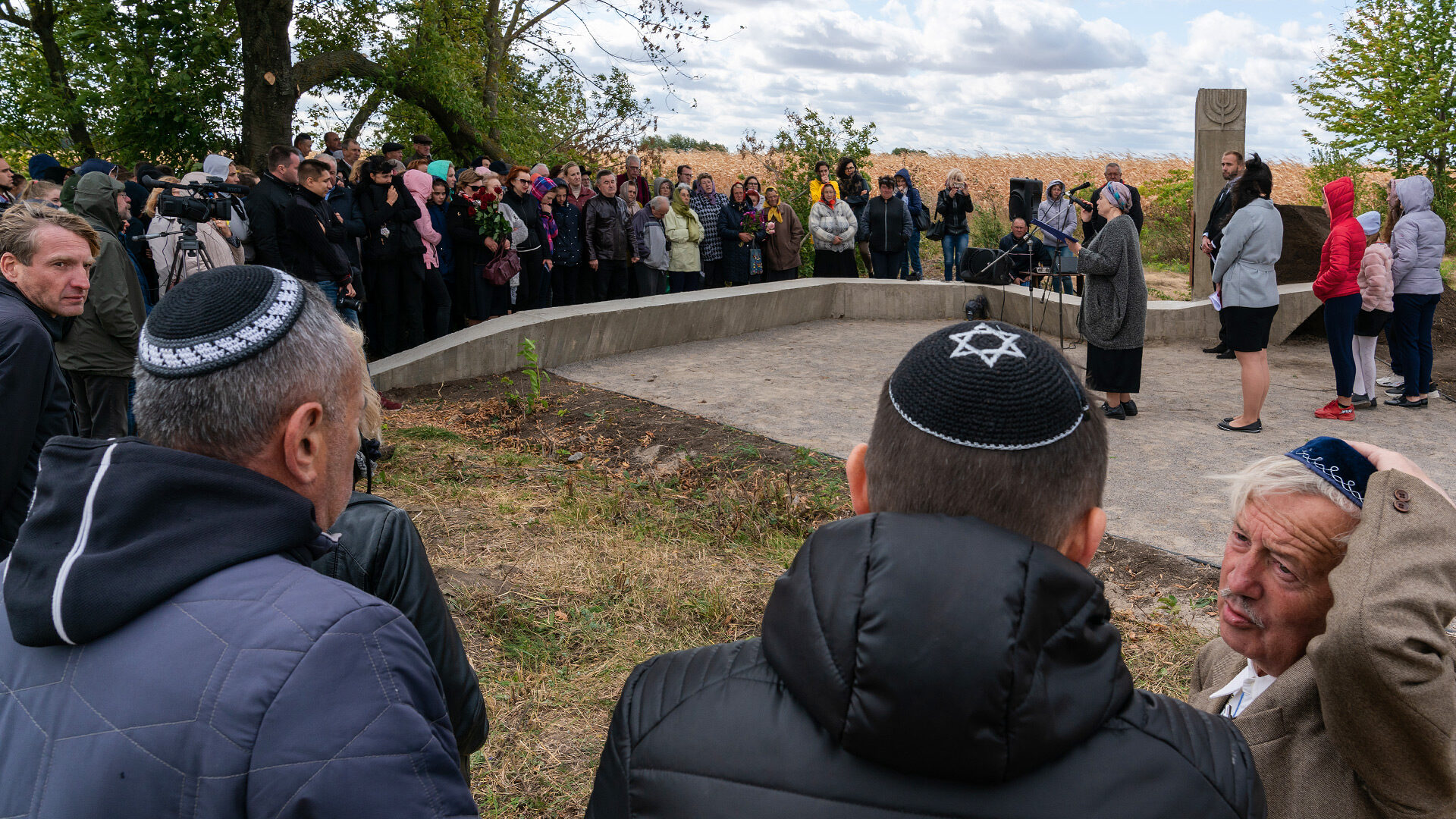 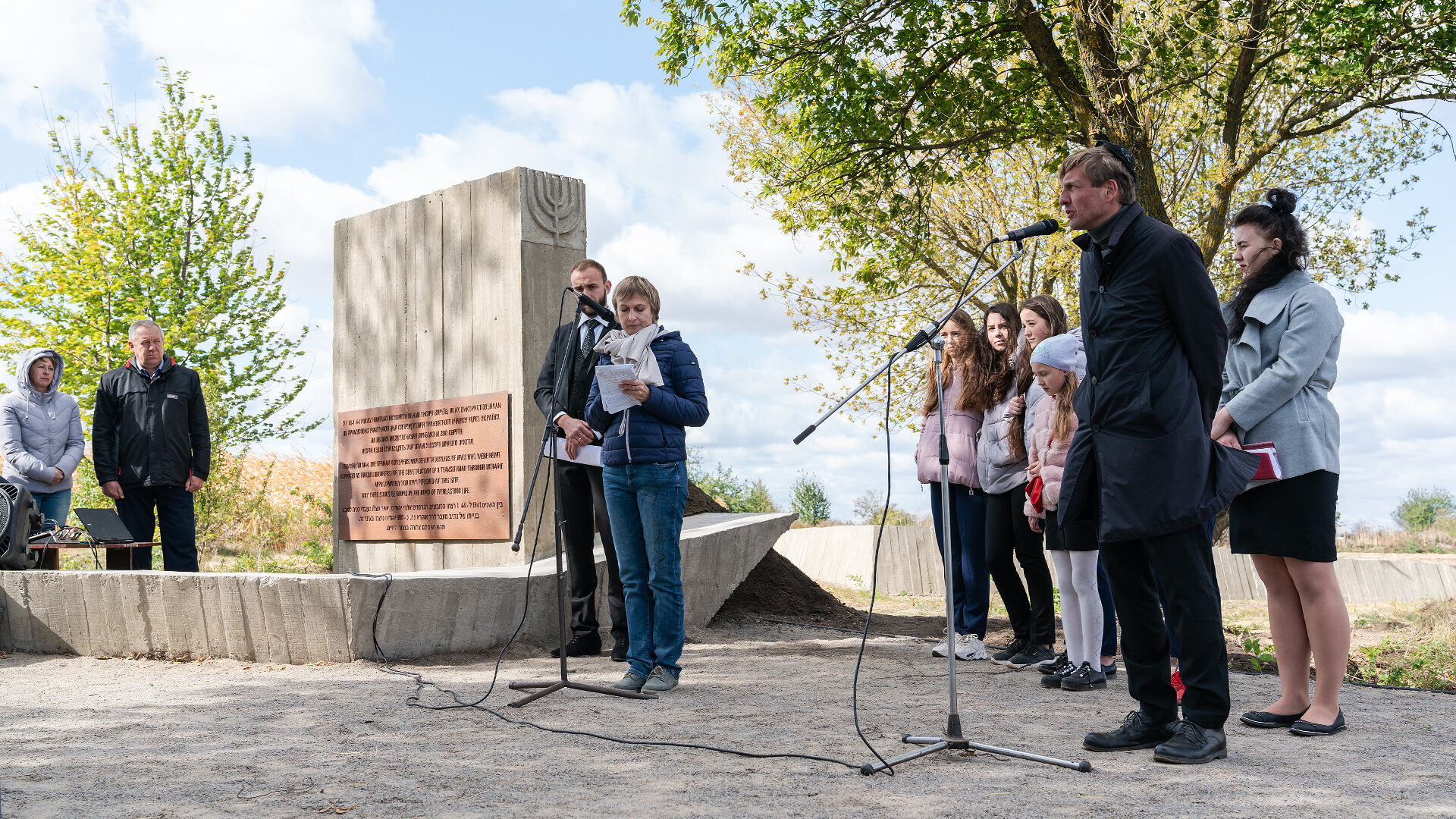 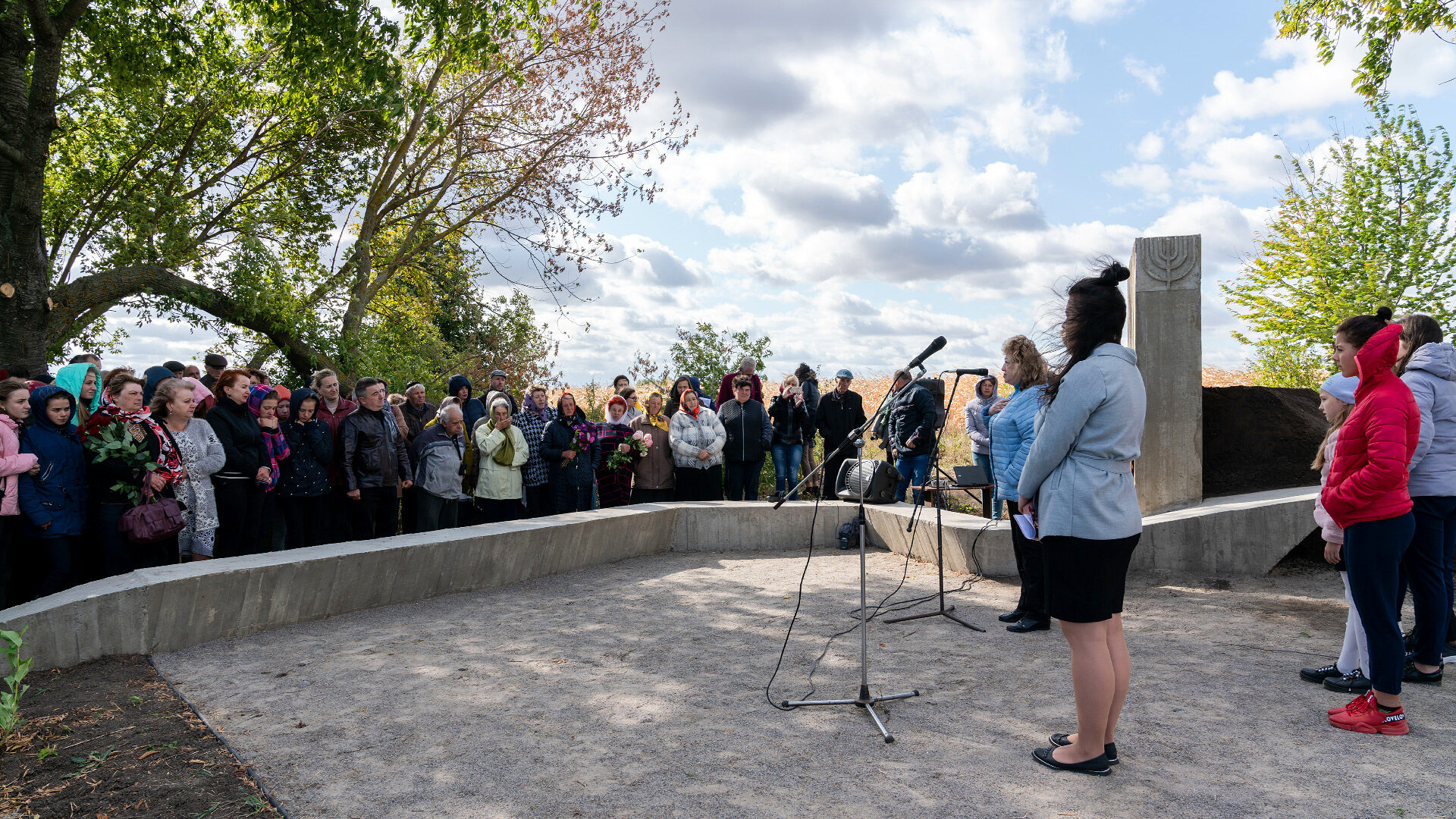 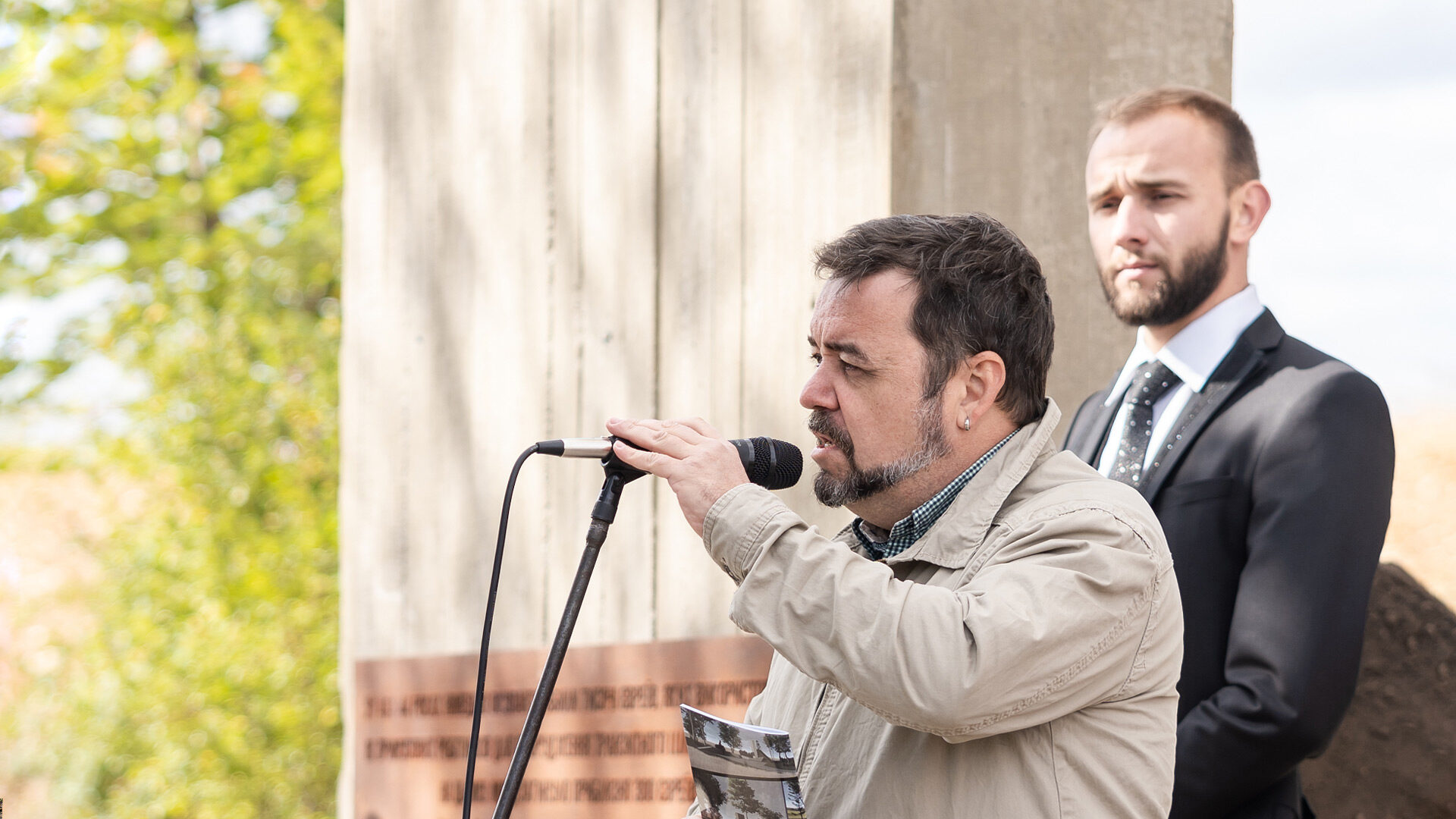 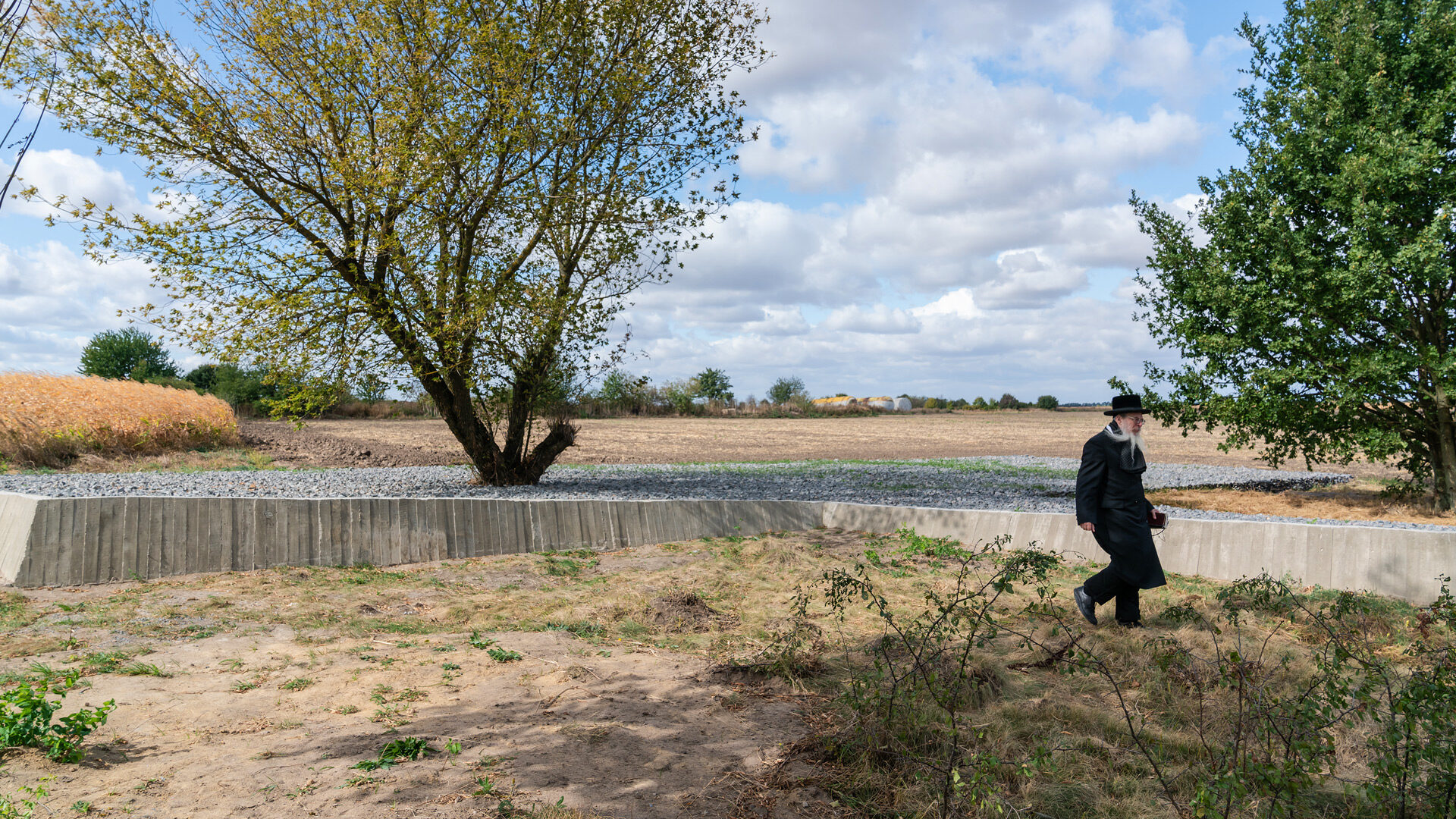 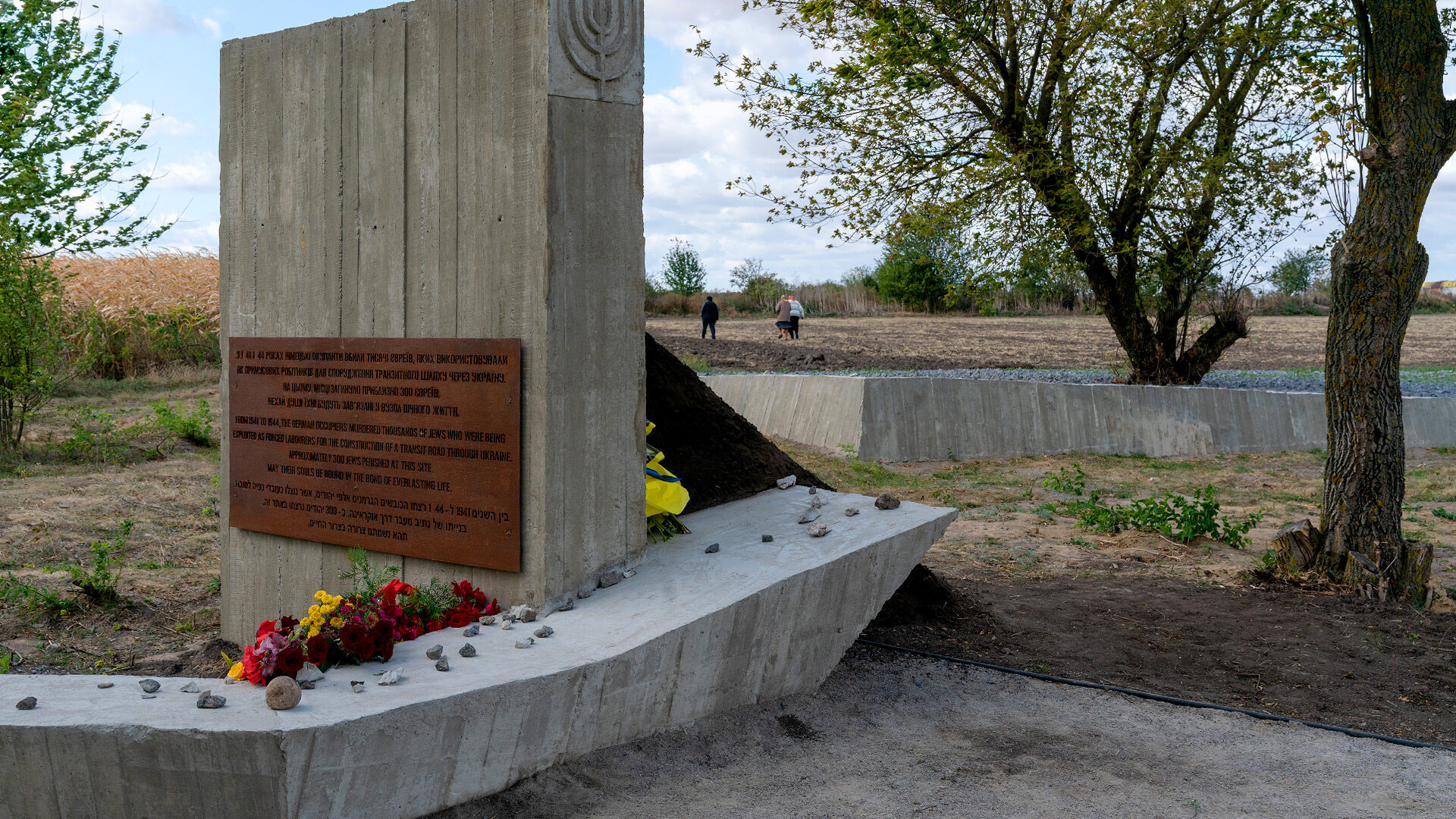 In February 1943, about 300 Jews from Chukiv forced labour camp were beaten to death or shot on the edge of the former airfield near Chukiv. Most of the victims were from the Romanian-occupied territories of Ukraine and had been deployed here for construction work on Transit Road IV. Because they were murdered far away from their homeland, the place where they perished remained unknown to their families. No monument or memorial element for the victims was present at this site. The abandoned mass grave was reclaimed by nature, but this at least protected it from agricultural use. The memorial site was constructed in 2019 and inaugurated that September. 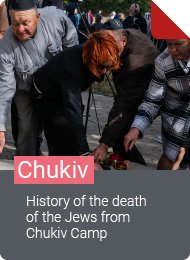 History of the death of the Jews from Chukiv Camp (essay)