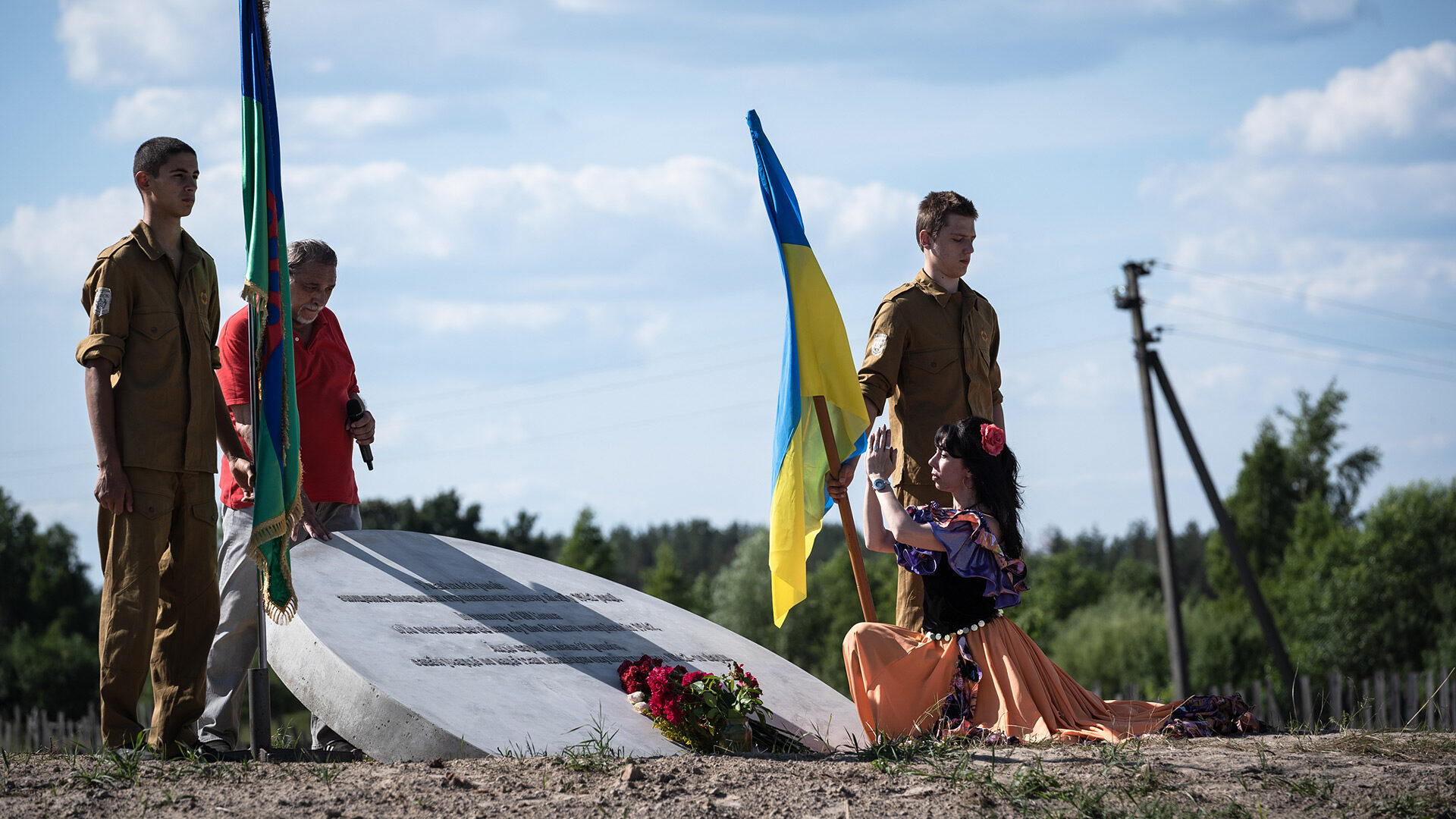 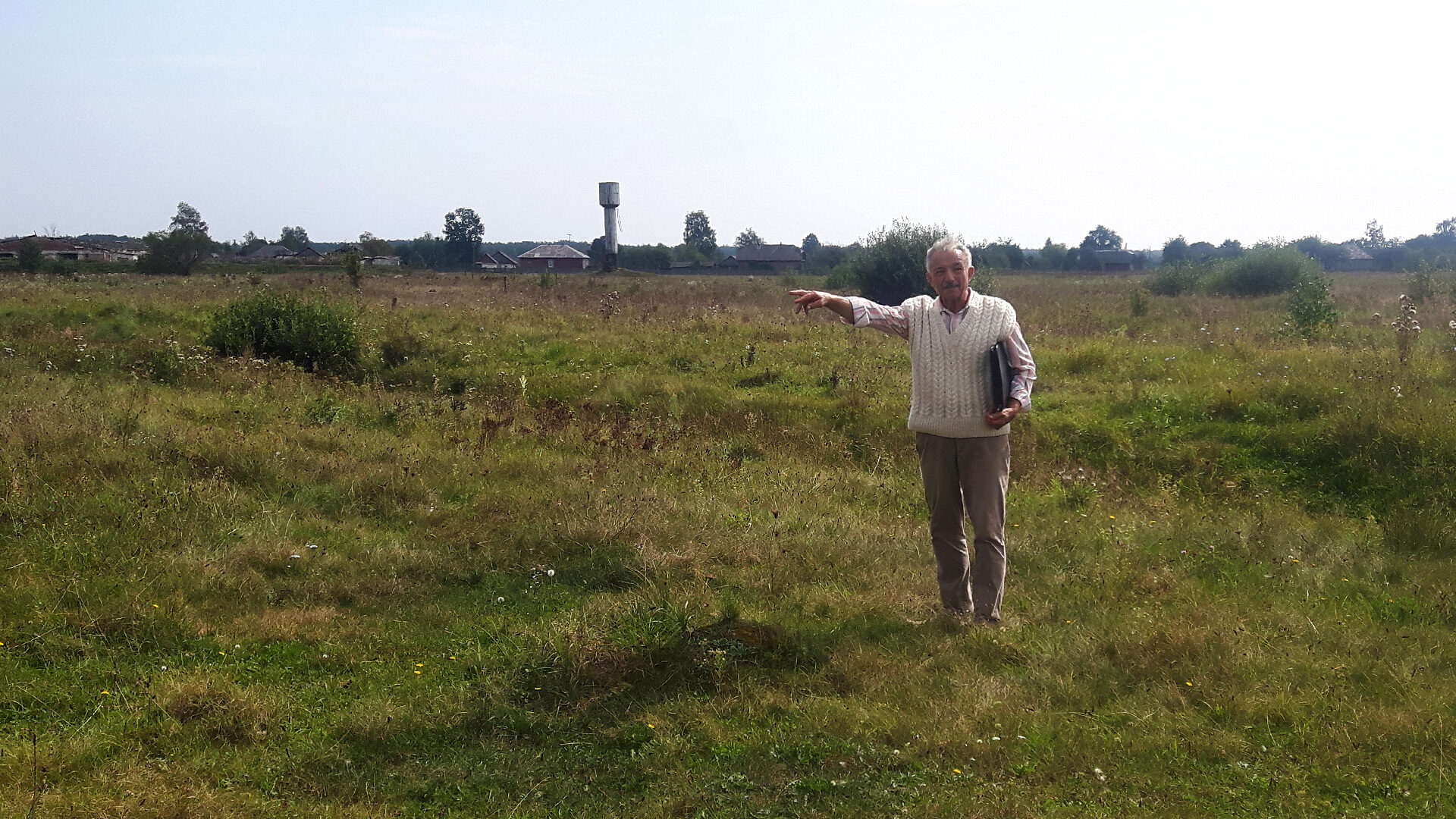 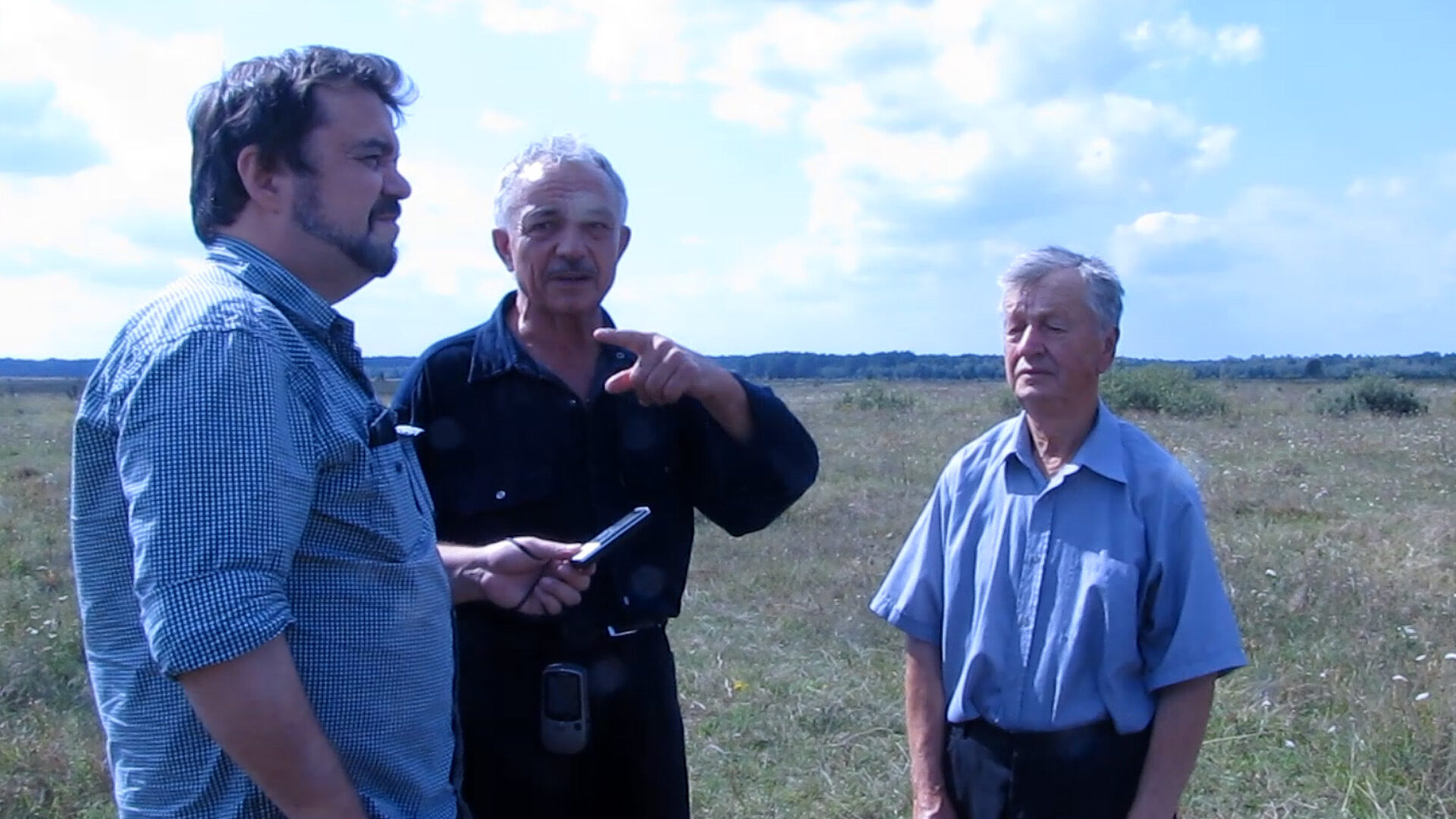 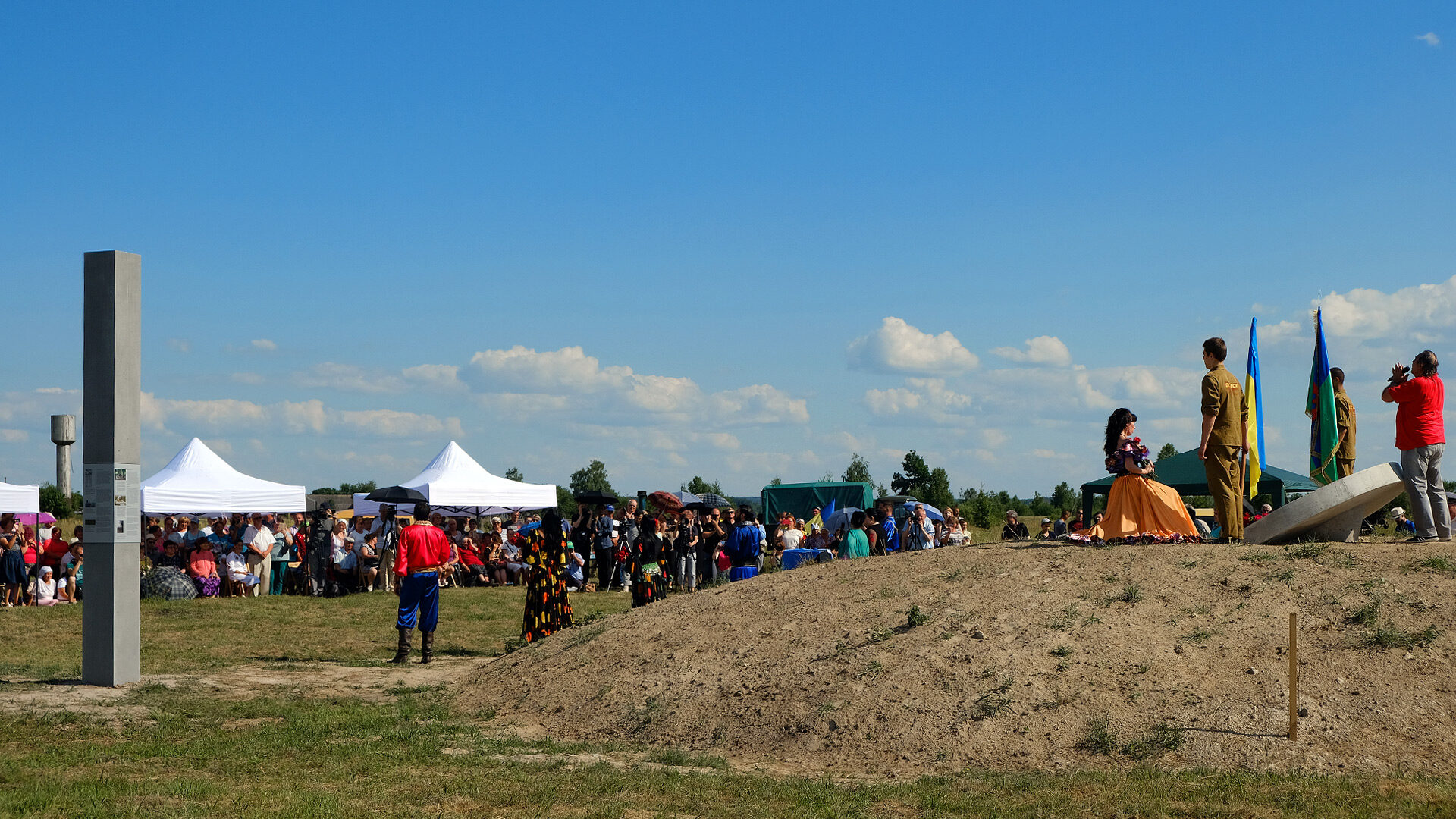 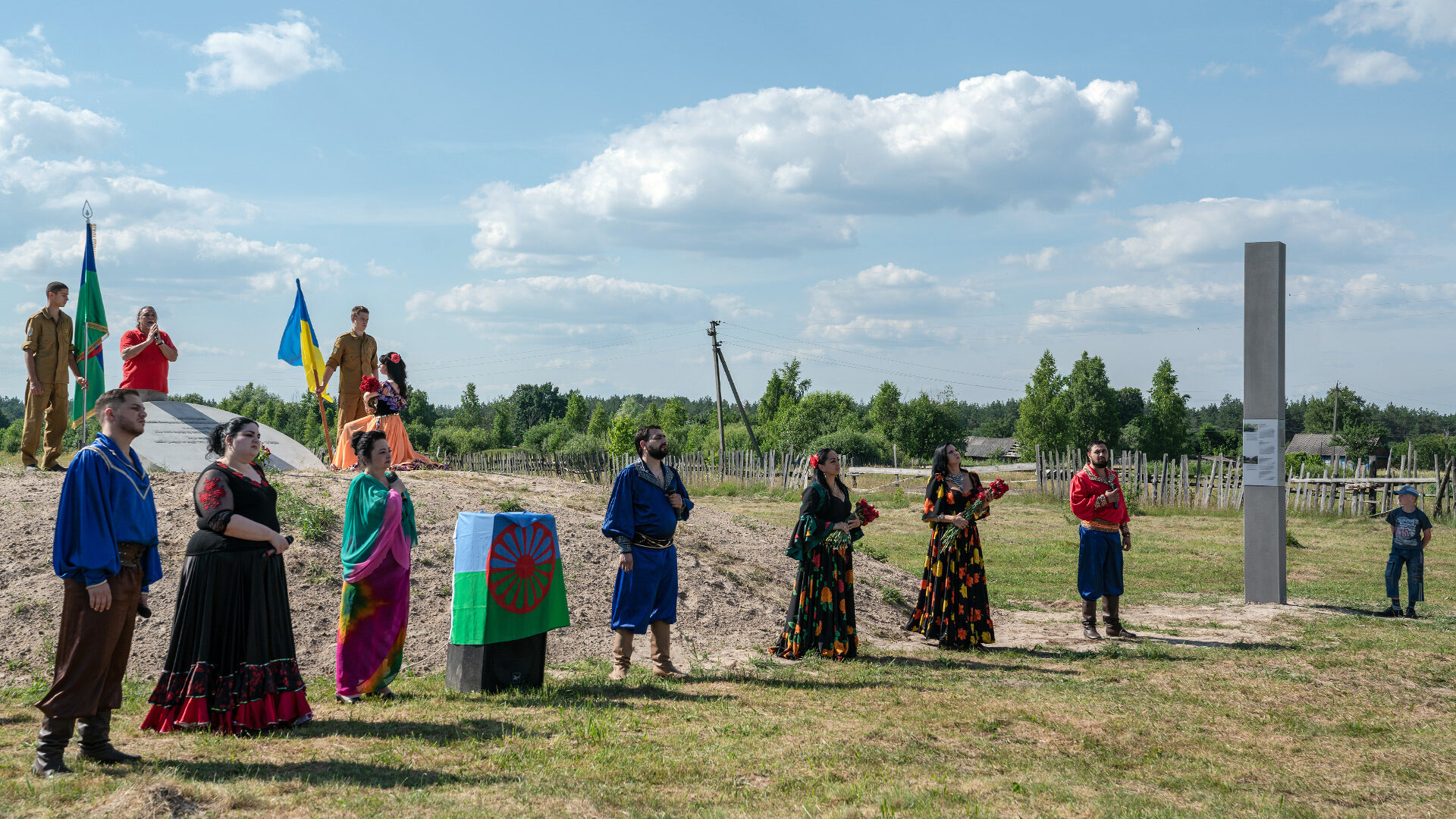 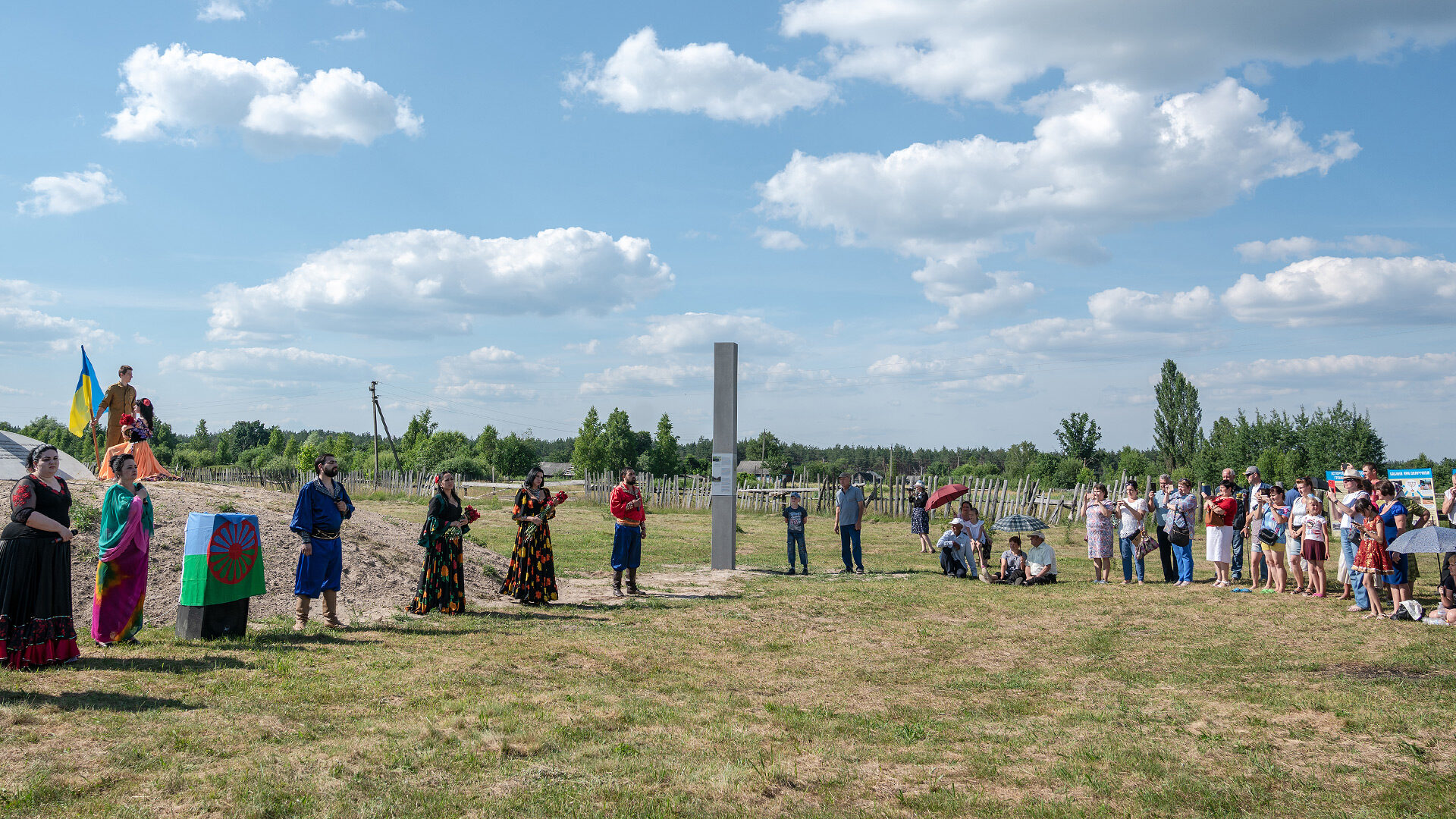 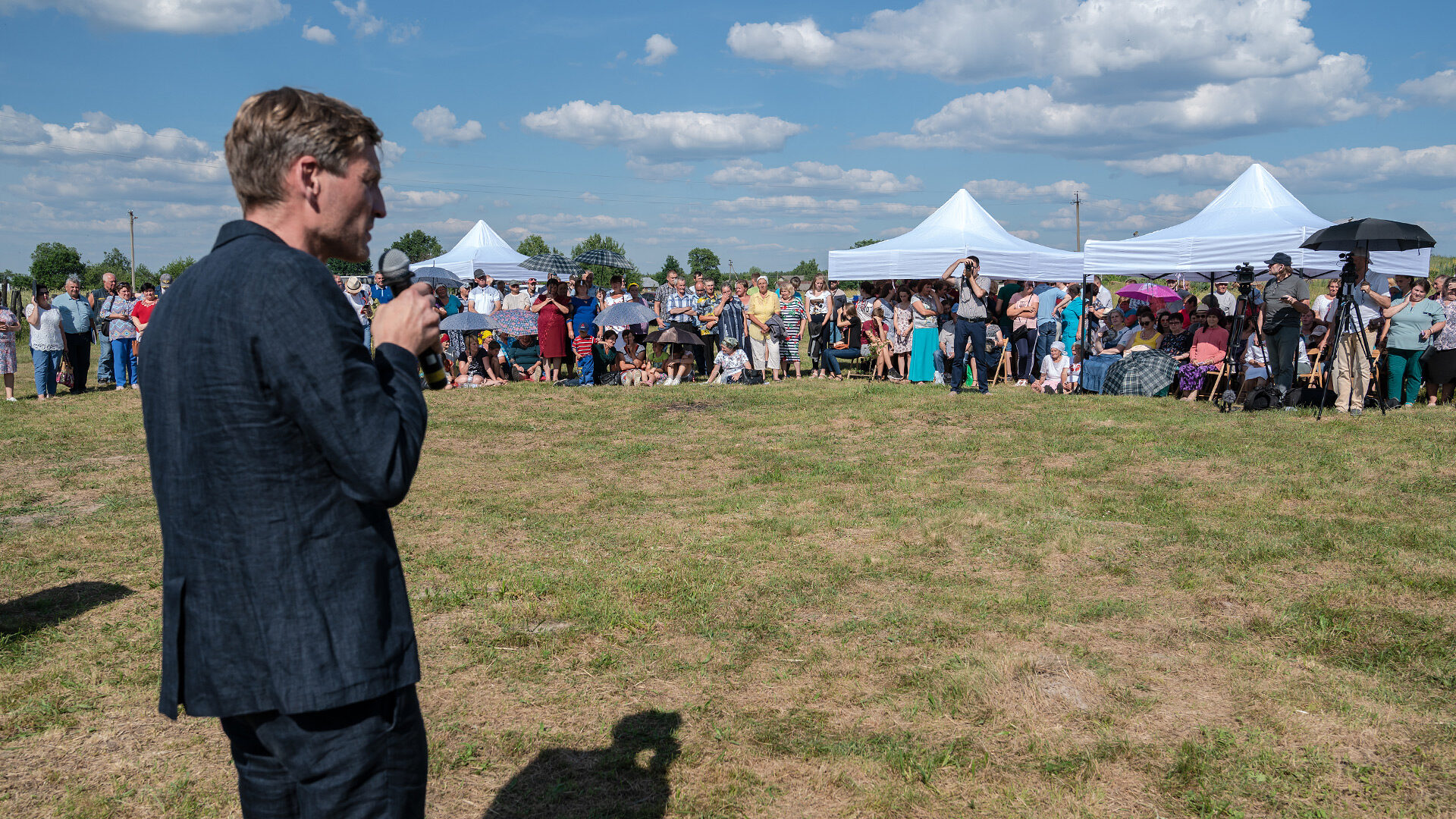 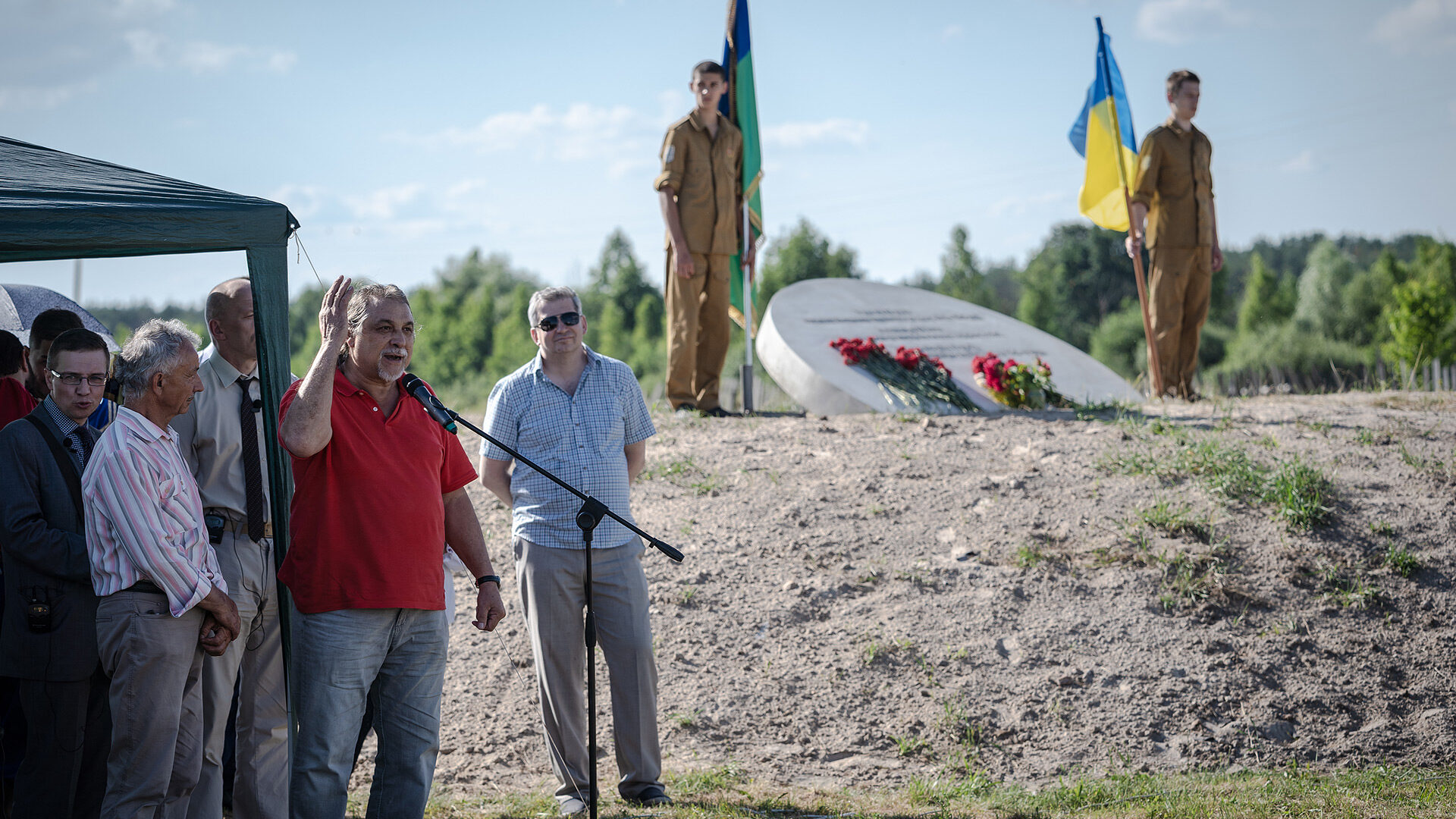 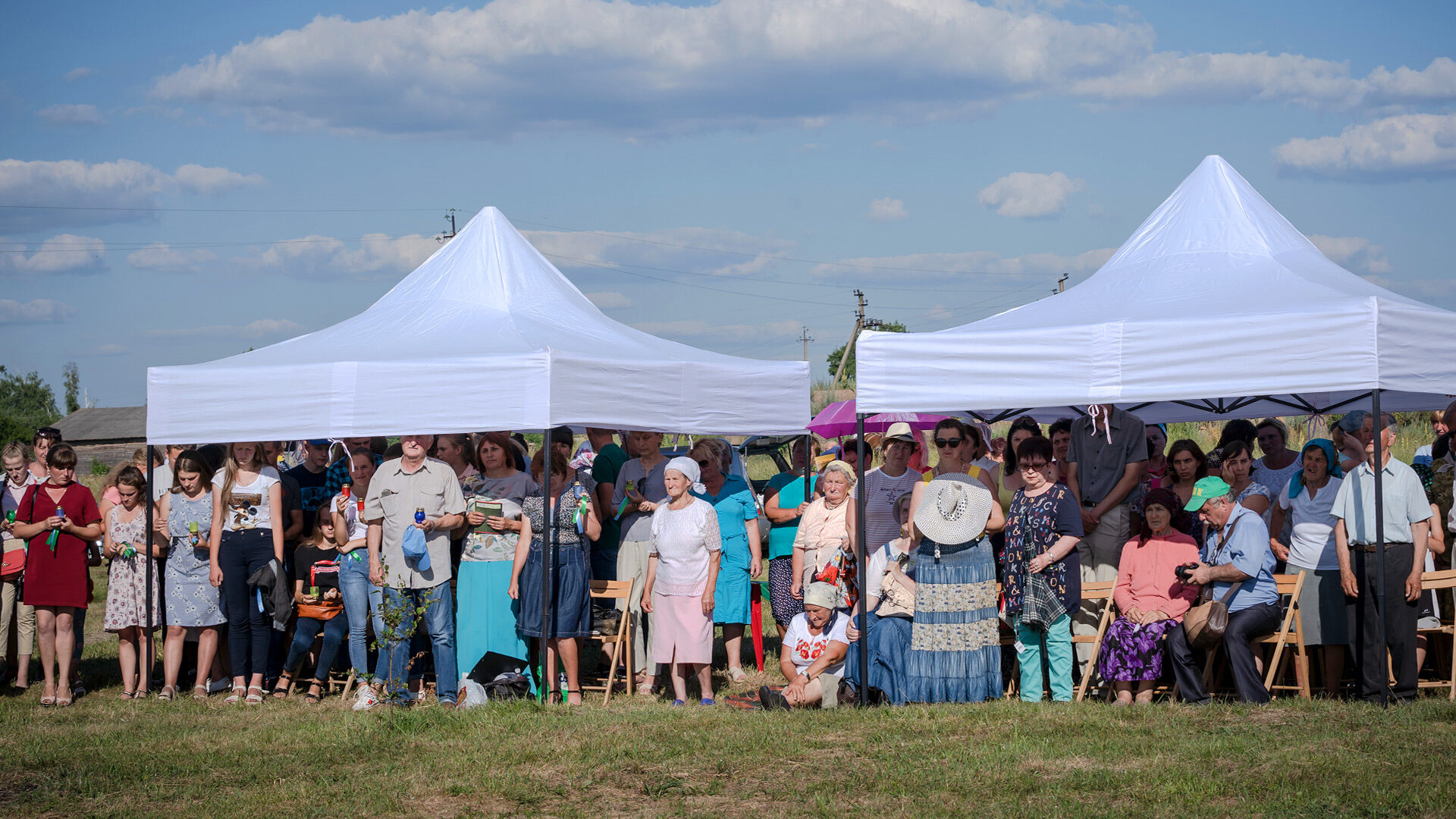 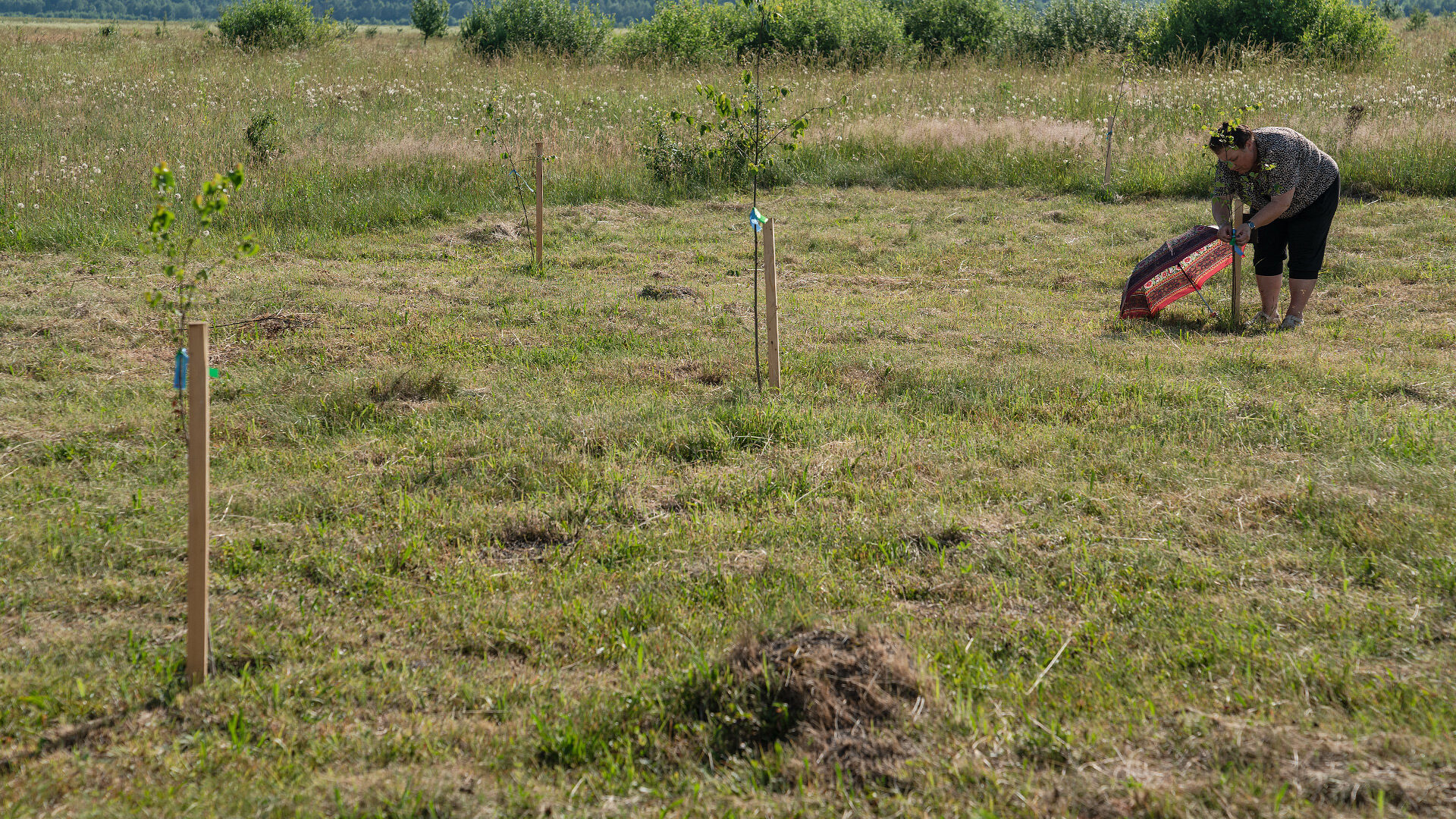 In the summer or autumn of 1942, at least 80 Roma were murdered on the outskirts of the village of Divoshyn. The group of Roma had previously been expelled from the Belarussian village of Kozly by the village elder. They were intercepted by German cavalry and accused of partisan activity. The Germans forced them all into a stable. The next morning, the men were rounded up and taken to nearby clay-extraction pits, which they were made to dig deeper before being shot. Thereafter the women were raped and then murdered along with the children. Some of the villagers heard the screams and shooting.

In the 1970s, the grave mound was ploughed over and the land used for agriculture. As part of the project, in 2019 a “Memorial Forest” was planted in the field where the murders are presumed to have been committed. The eighty trees symbolise the number of victims. An information stela and memorial stone are dedicated to the victims. The memorial site was inaugurated in June 2019. 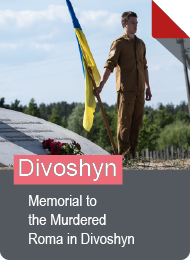 Divoshyn. Memorial to the Murdered Roma in Divoshyn (essay)
How to get to the burial place?