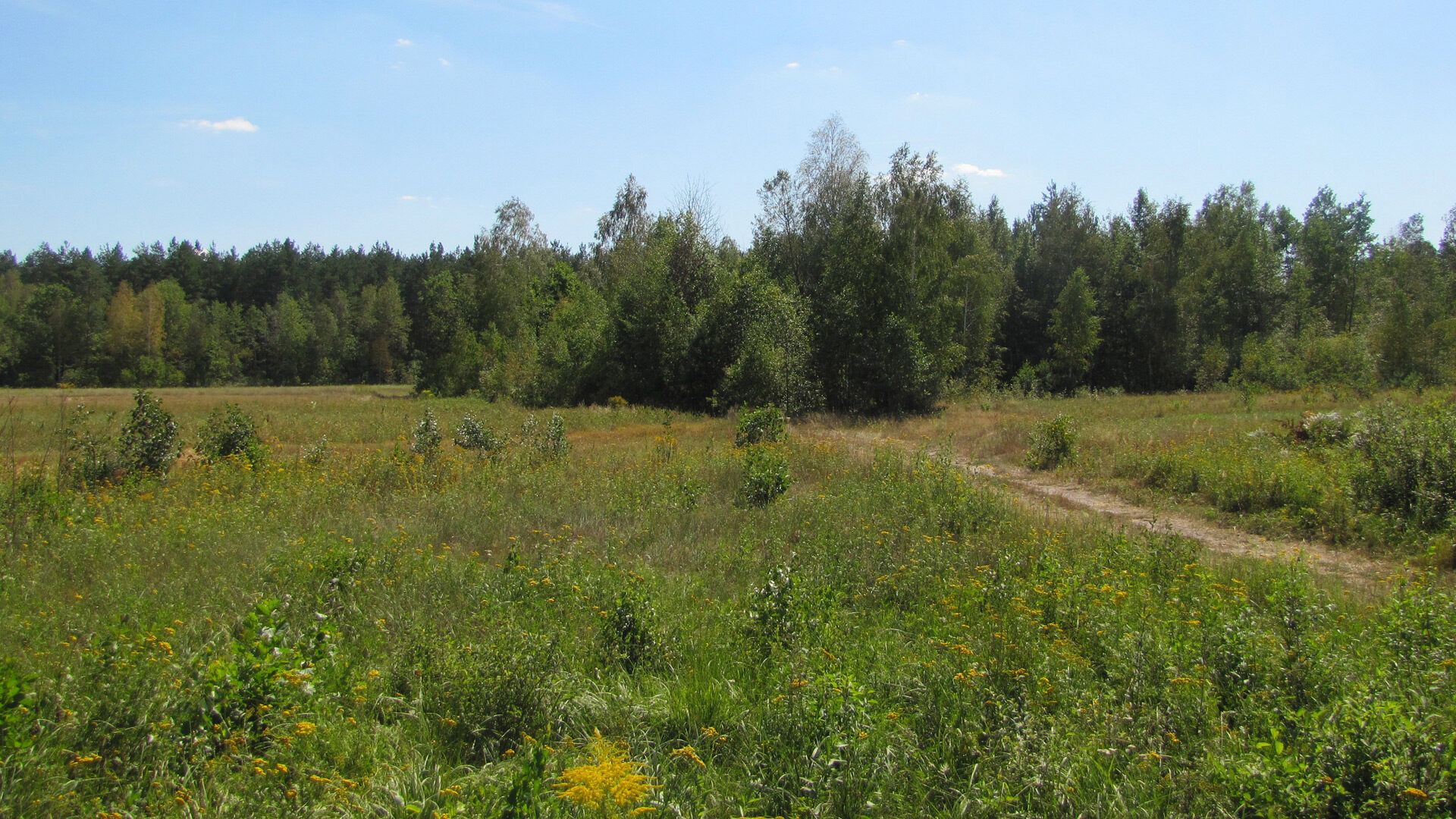 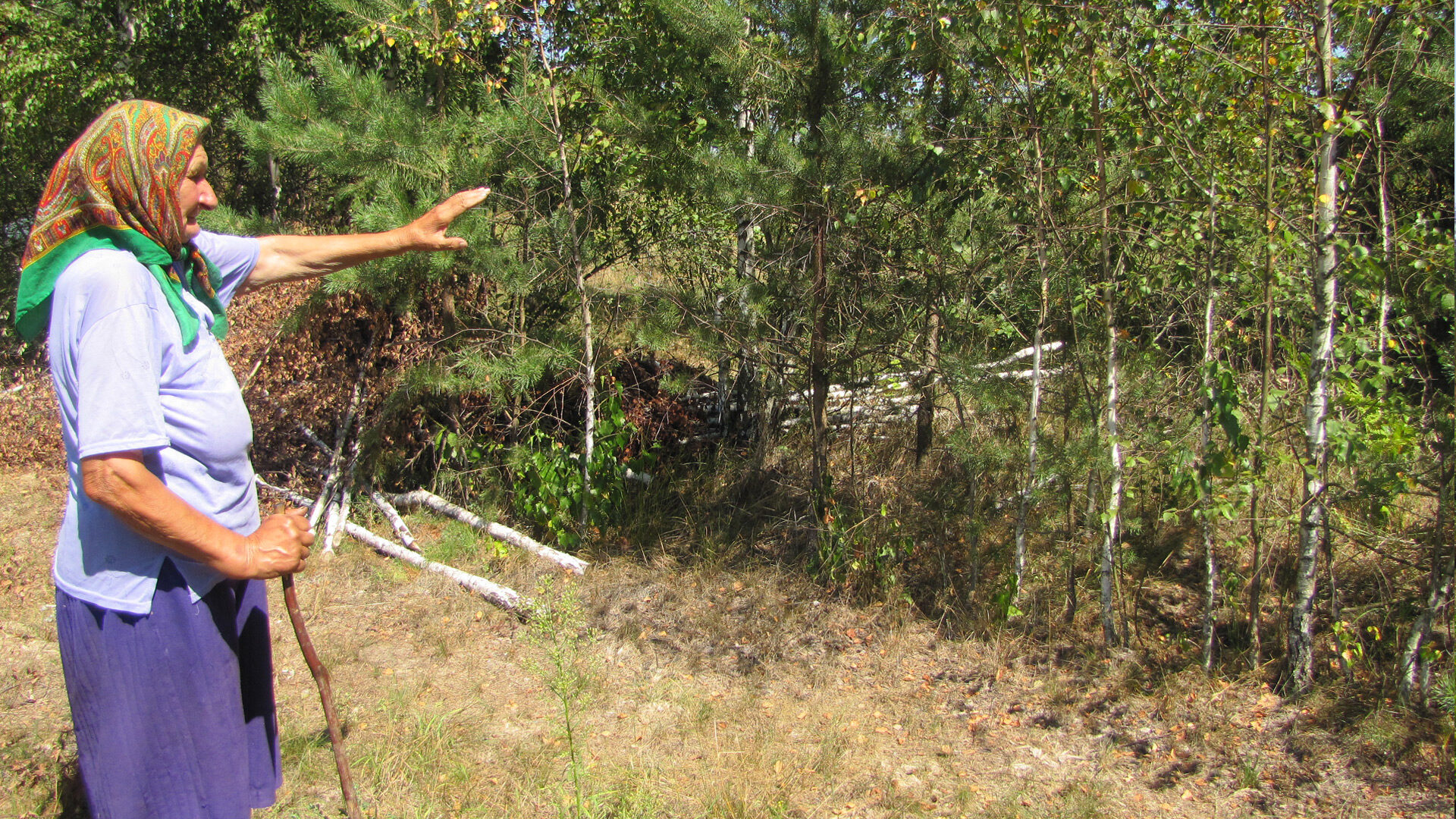 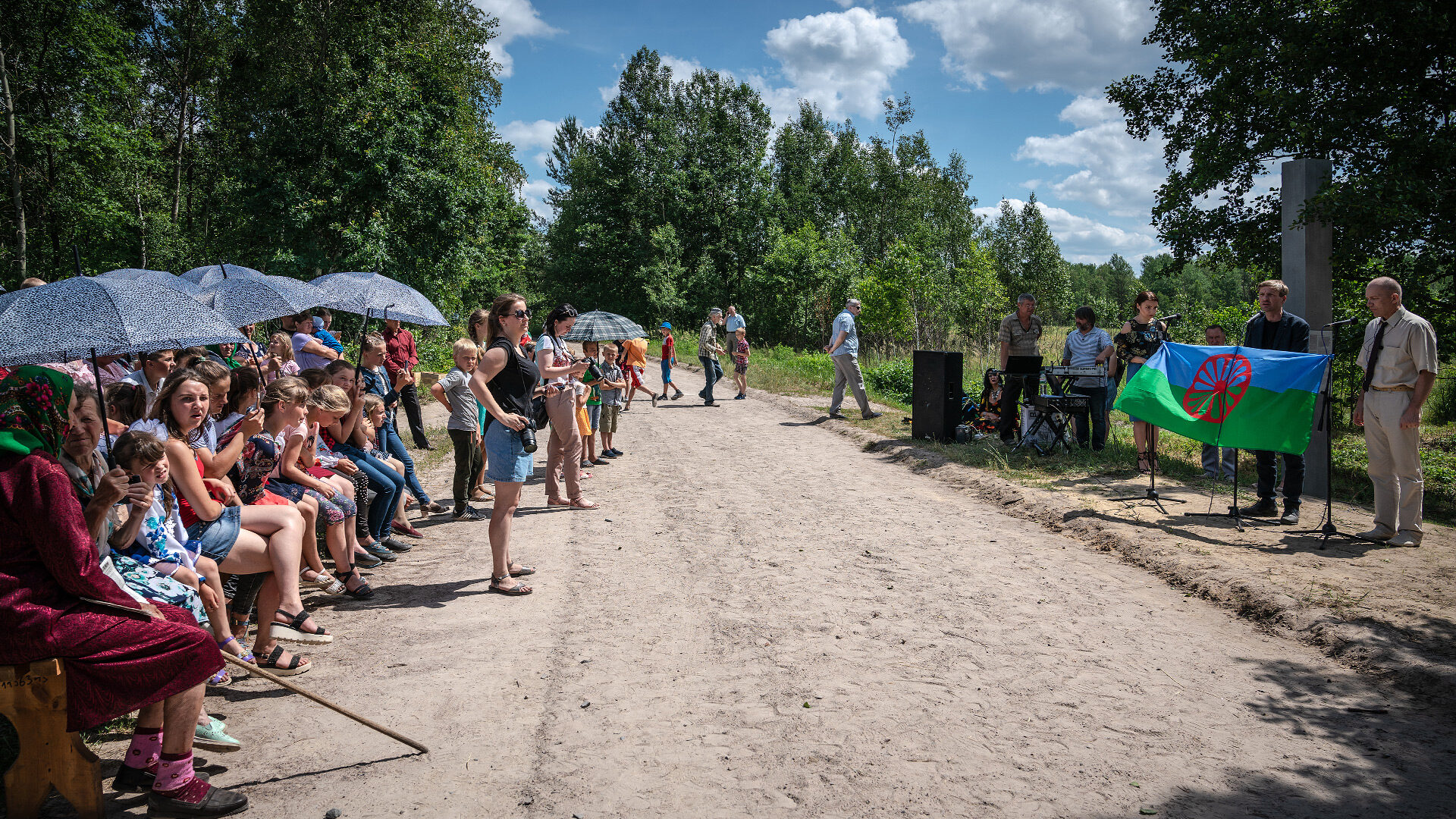 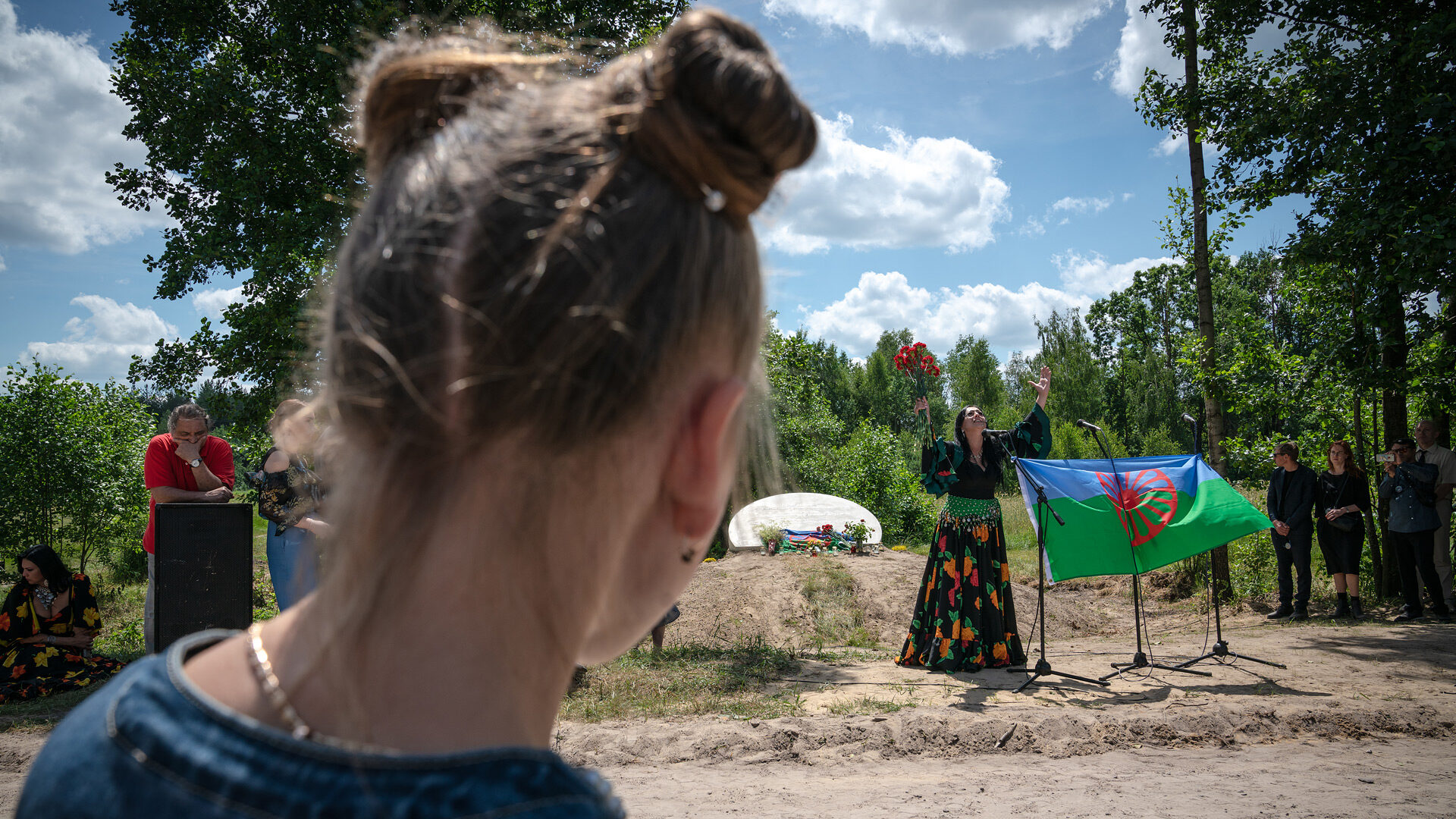 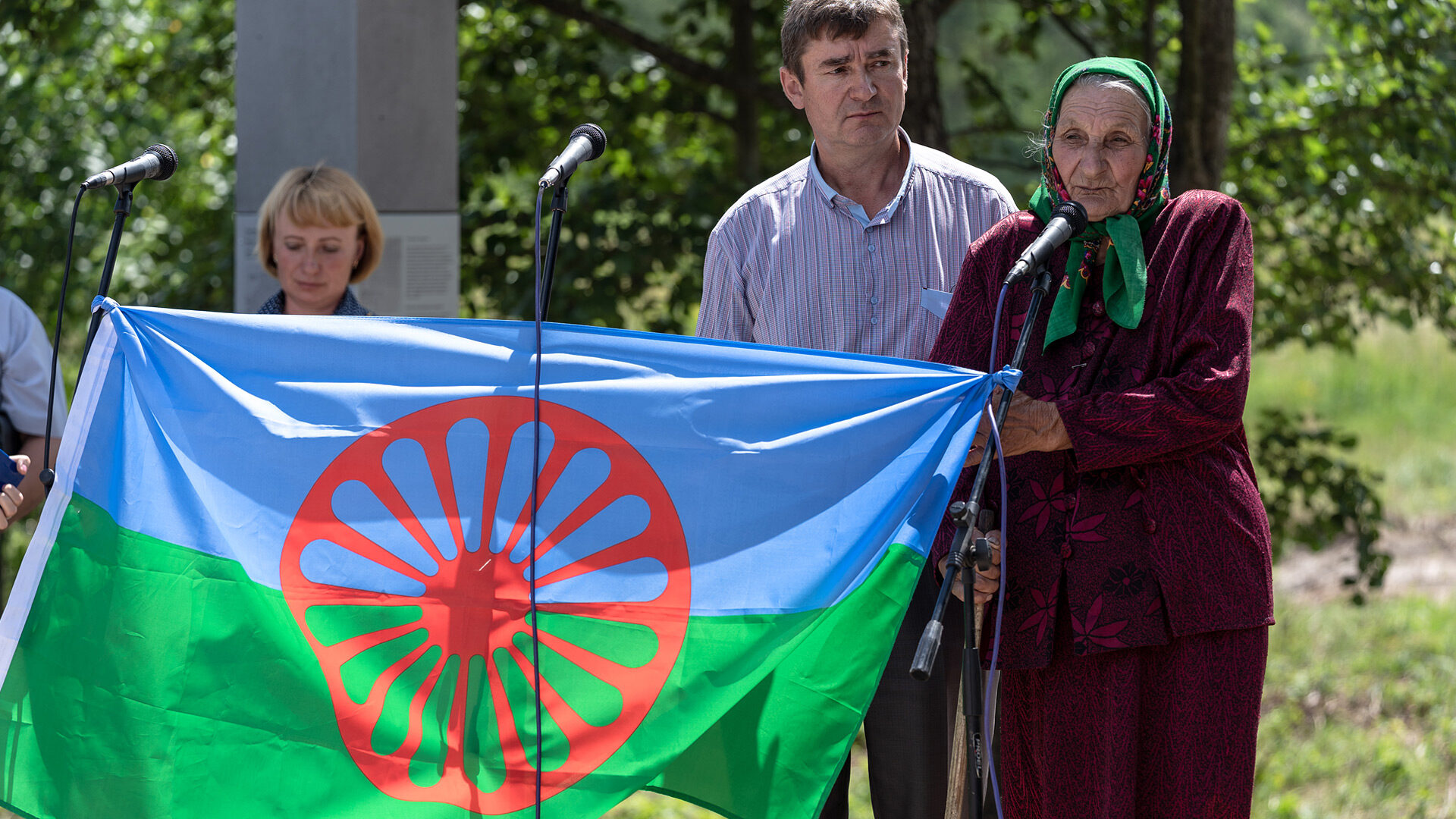 According to the Soviet Extraordinary State Commission, 32 Roma were murdered in the hamlet of Batseve on the outskirts of the village of Kalynivka (until 1960 — Holyshi, until 2016 — Zhovtneve). According to statements from local residents, the Roma were locked inside a barn that was then set on fire. Those who tried to ﬂee were shot. Children were also among those killed. The human remains were covered with earth at the site of the crime. A wooden cross was placed at the site but decayed over time, and the area became overgrown.

As part of the project, in the spring of 2019 a memorial stone and an information stela dedicated to the Roma victims were installed on the site. They were unveiled in June 2019.

Kalynivka. Memorial to the Murdered Roma in Kalynivka (essay)
How to get to the burial place?