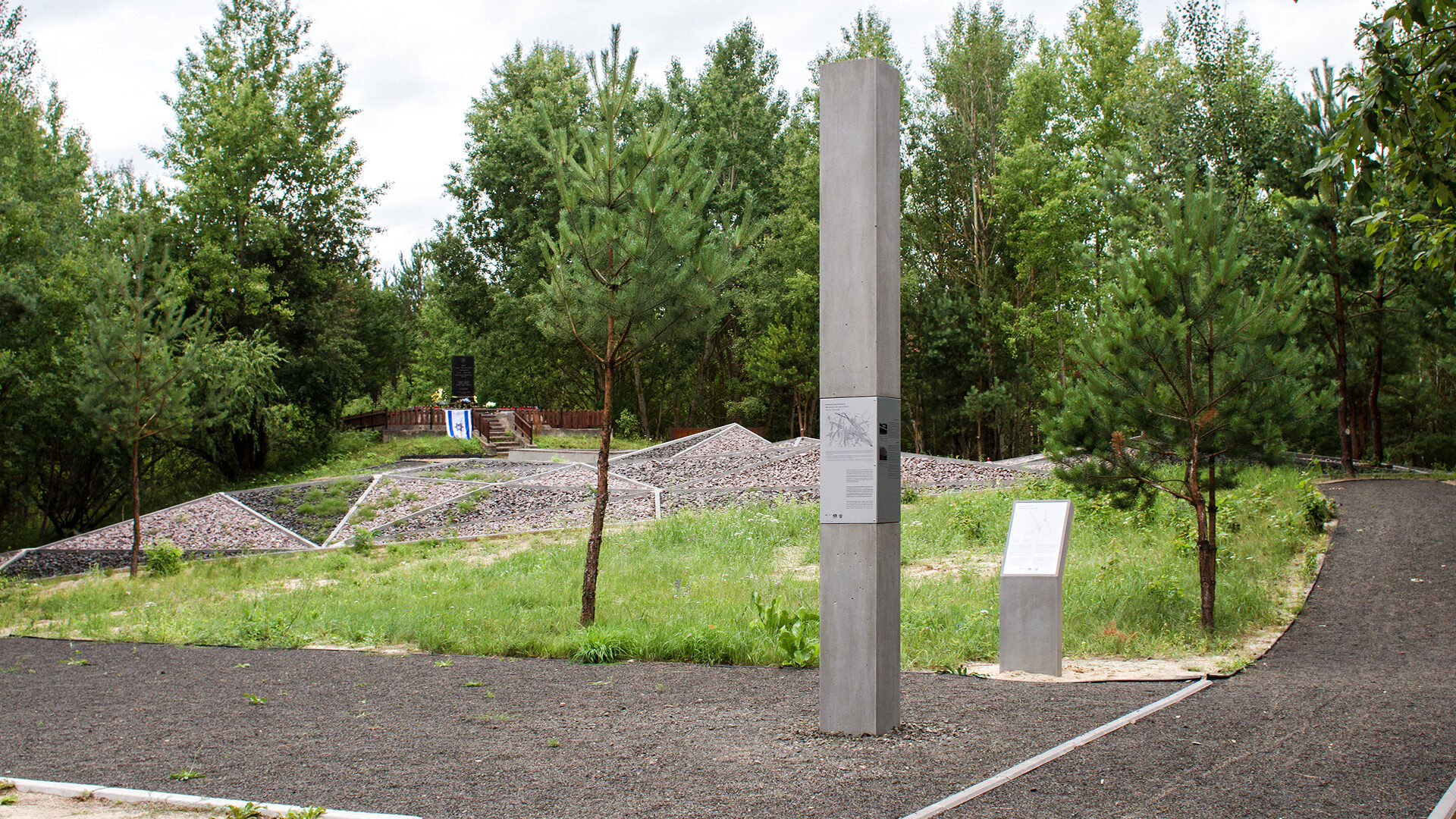 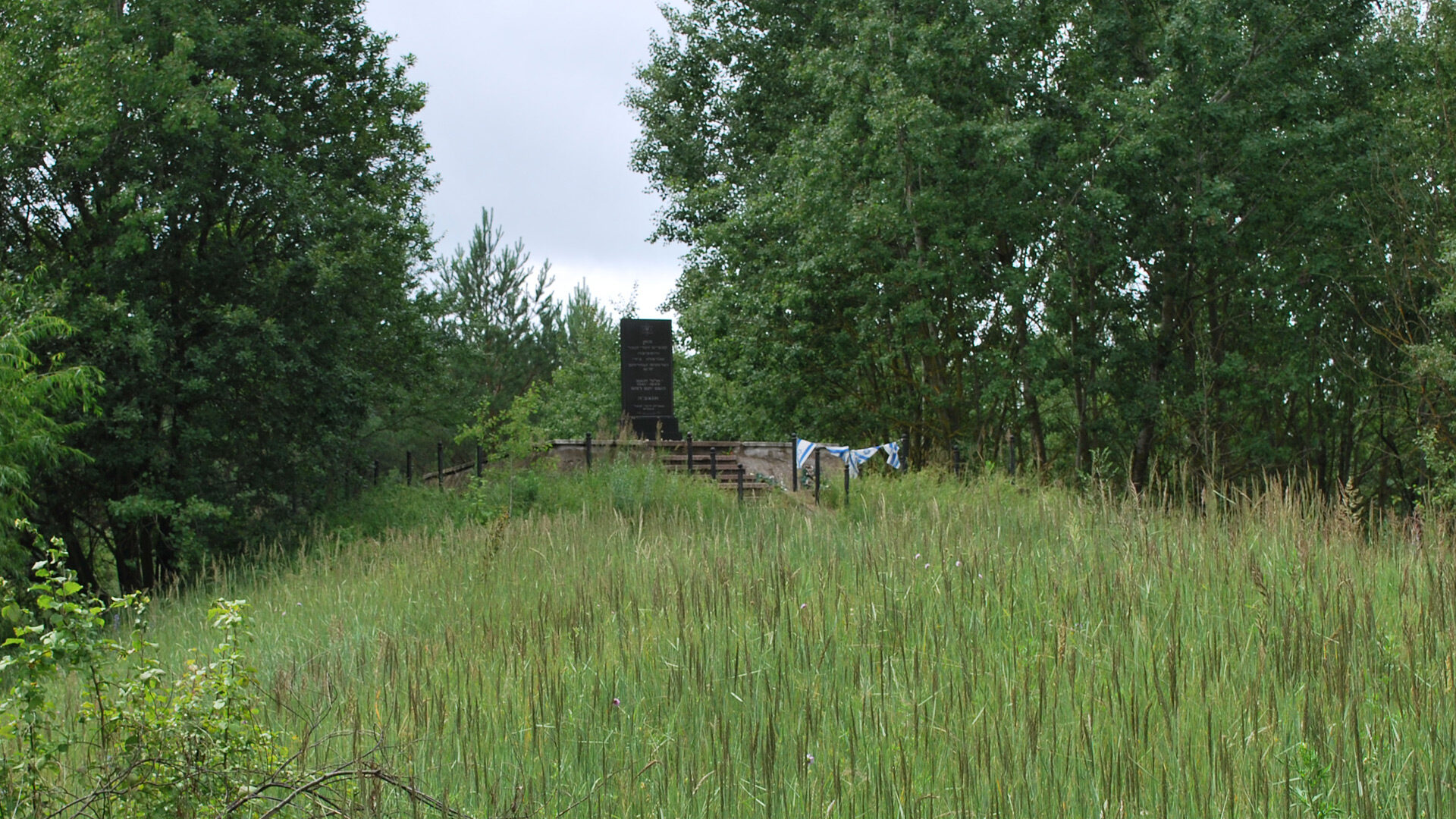 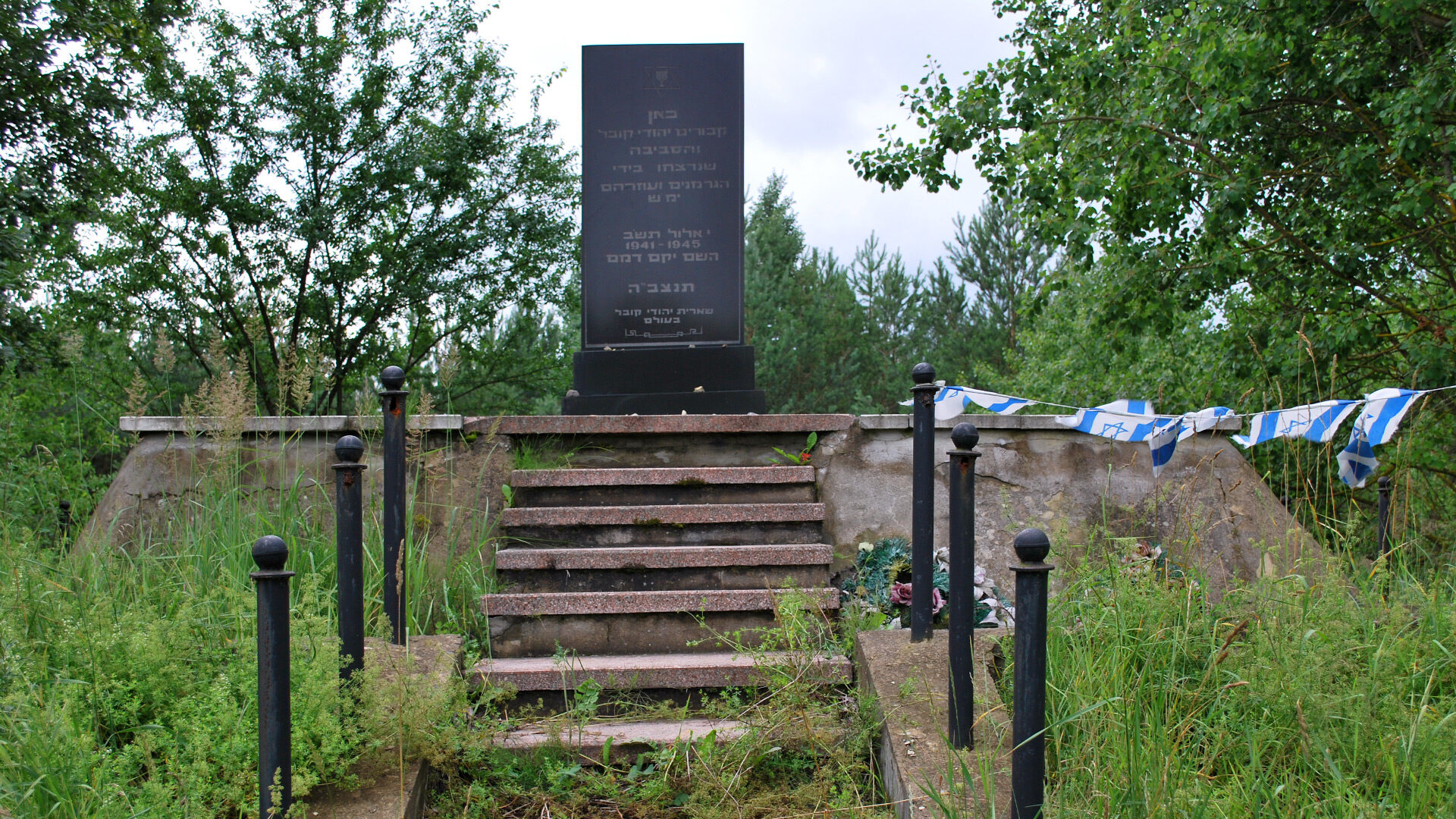 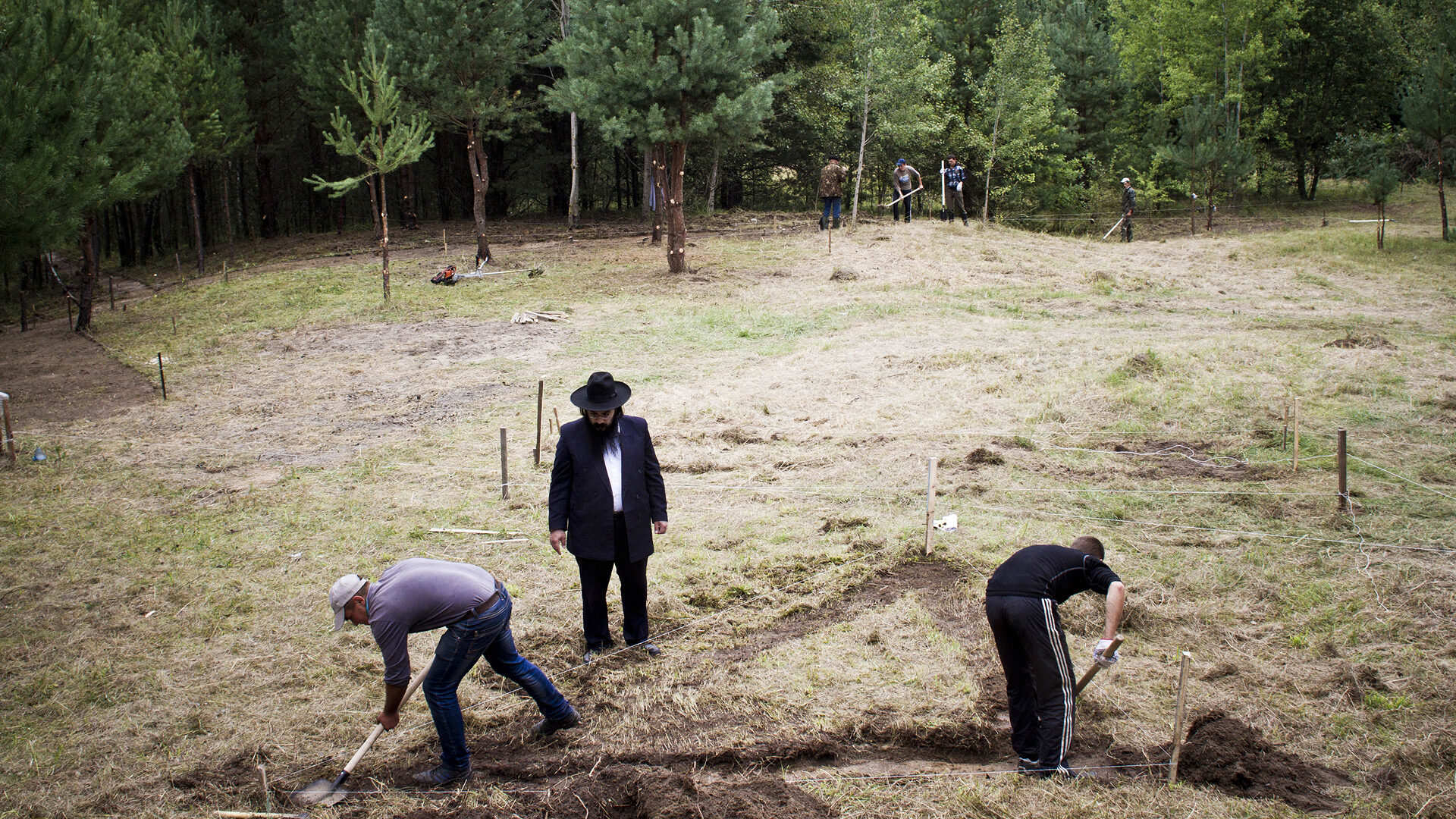 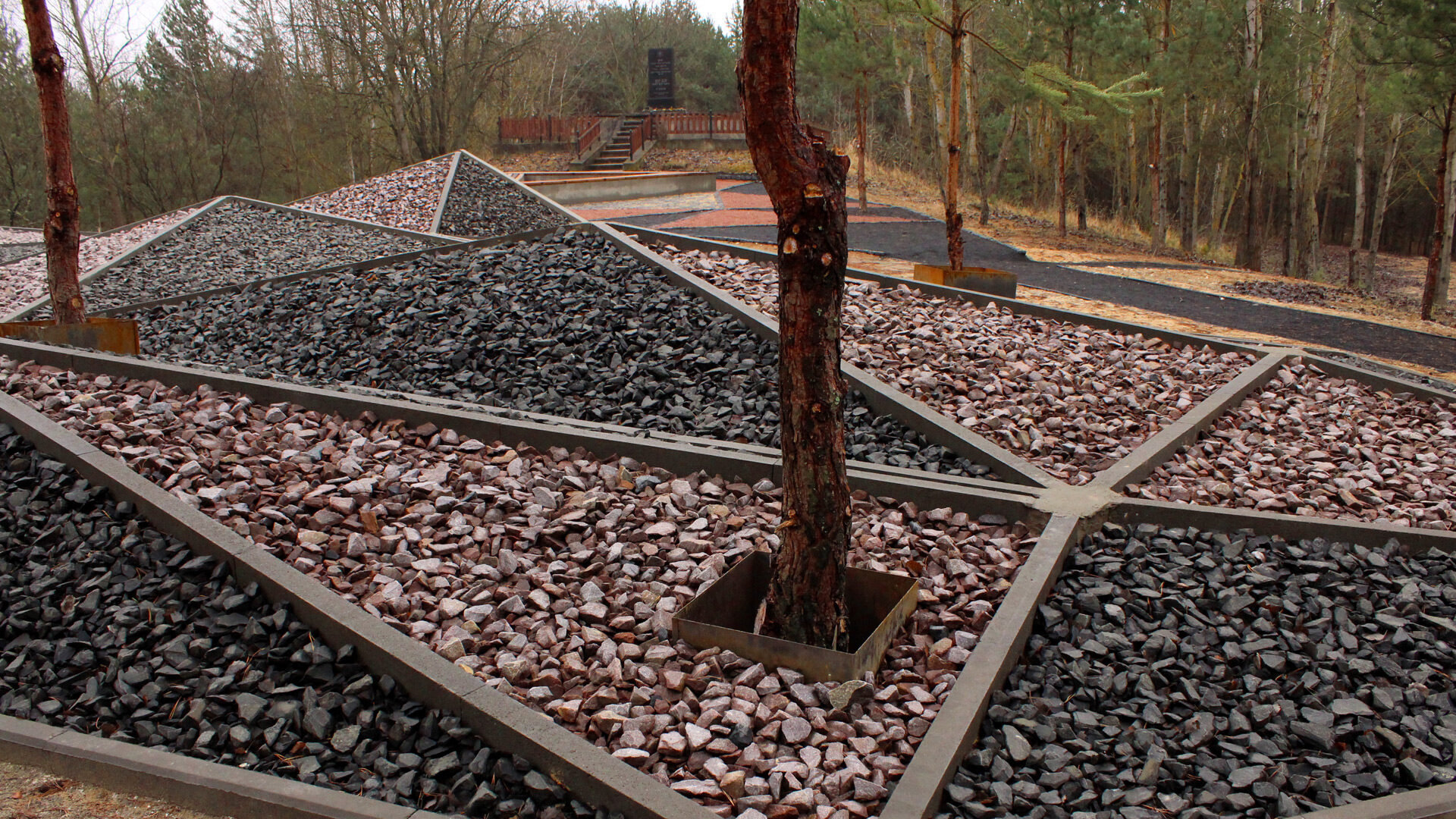 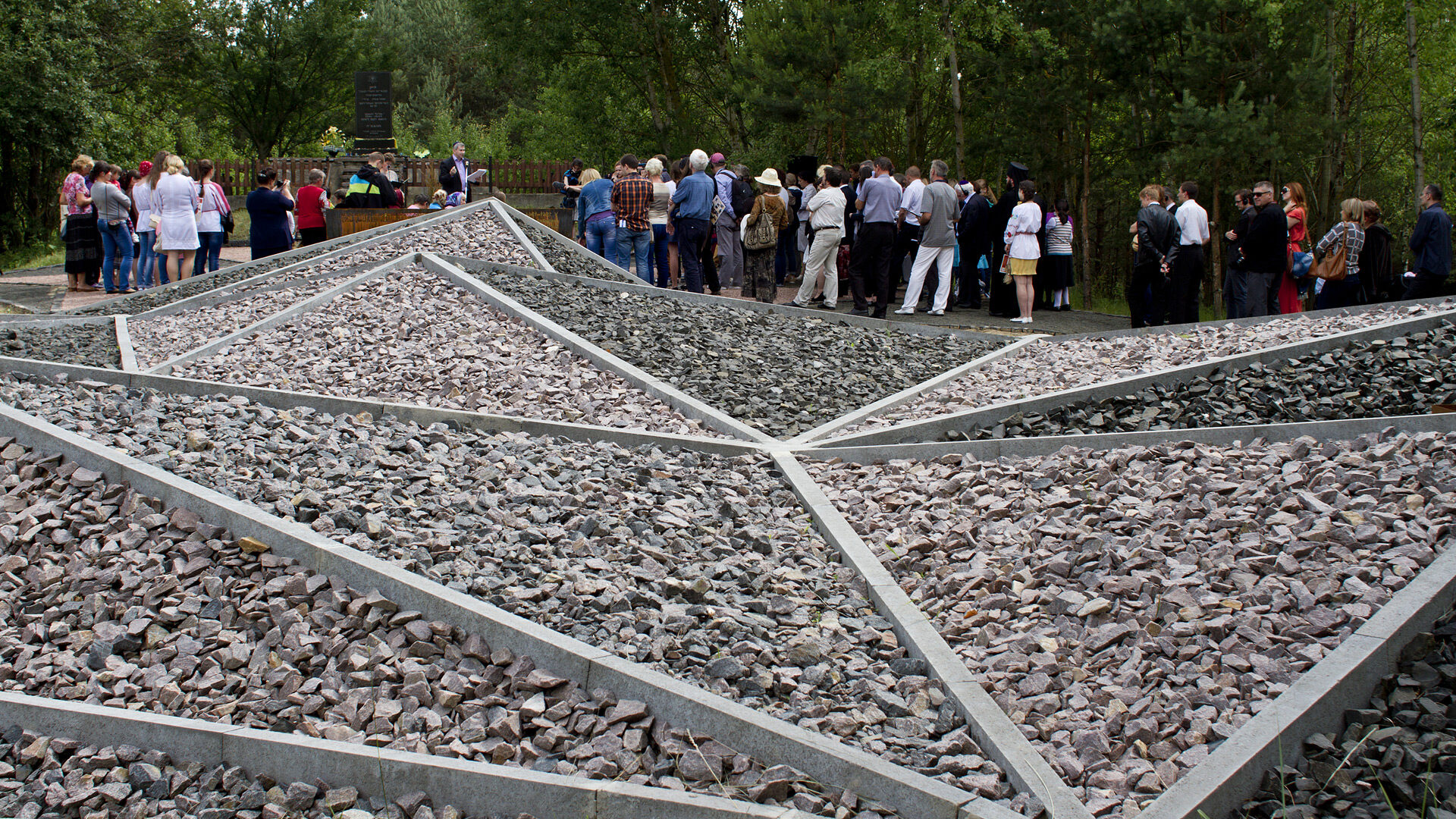 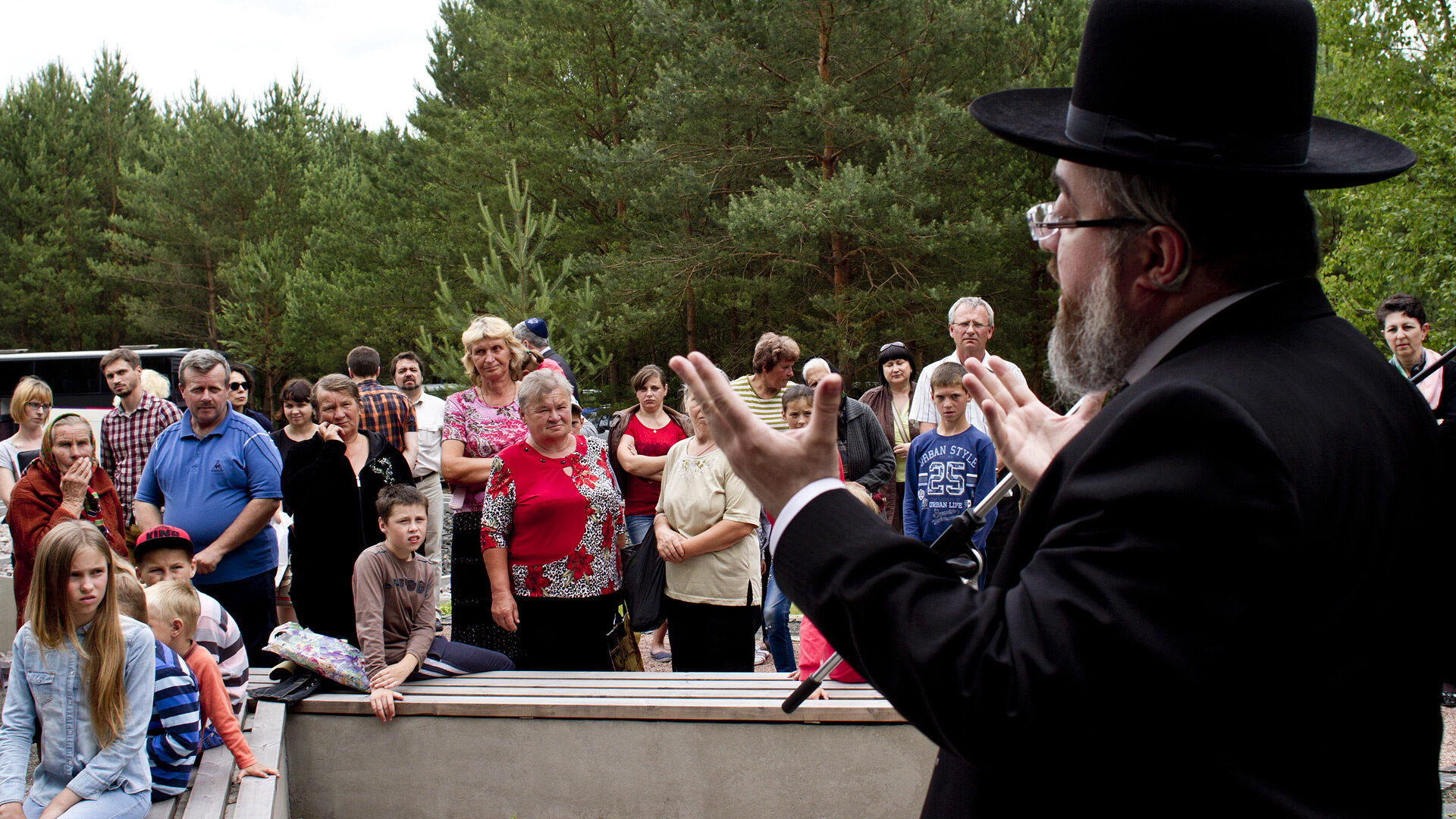 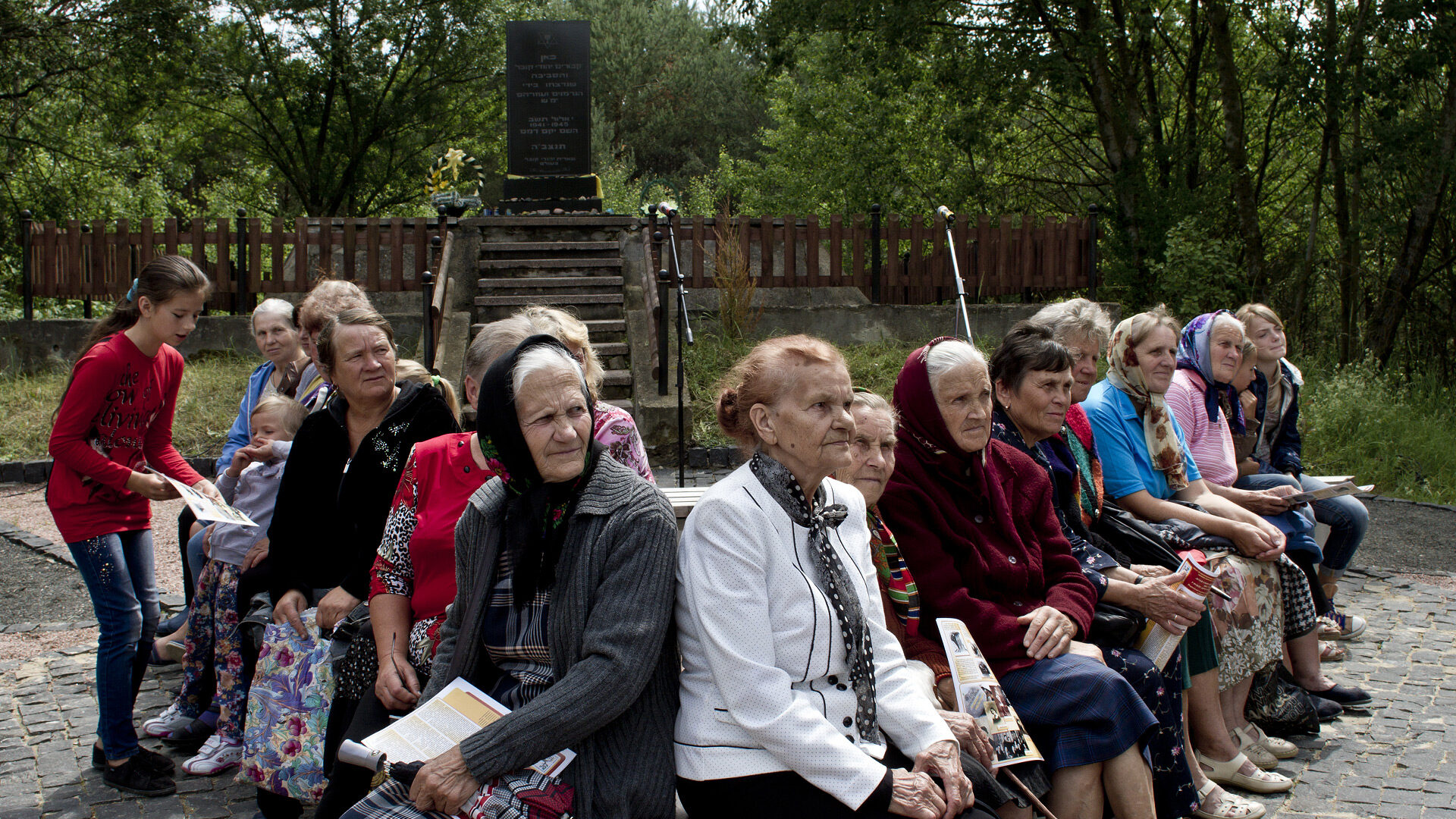 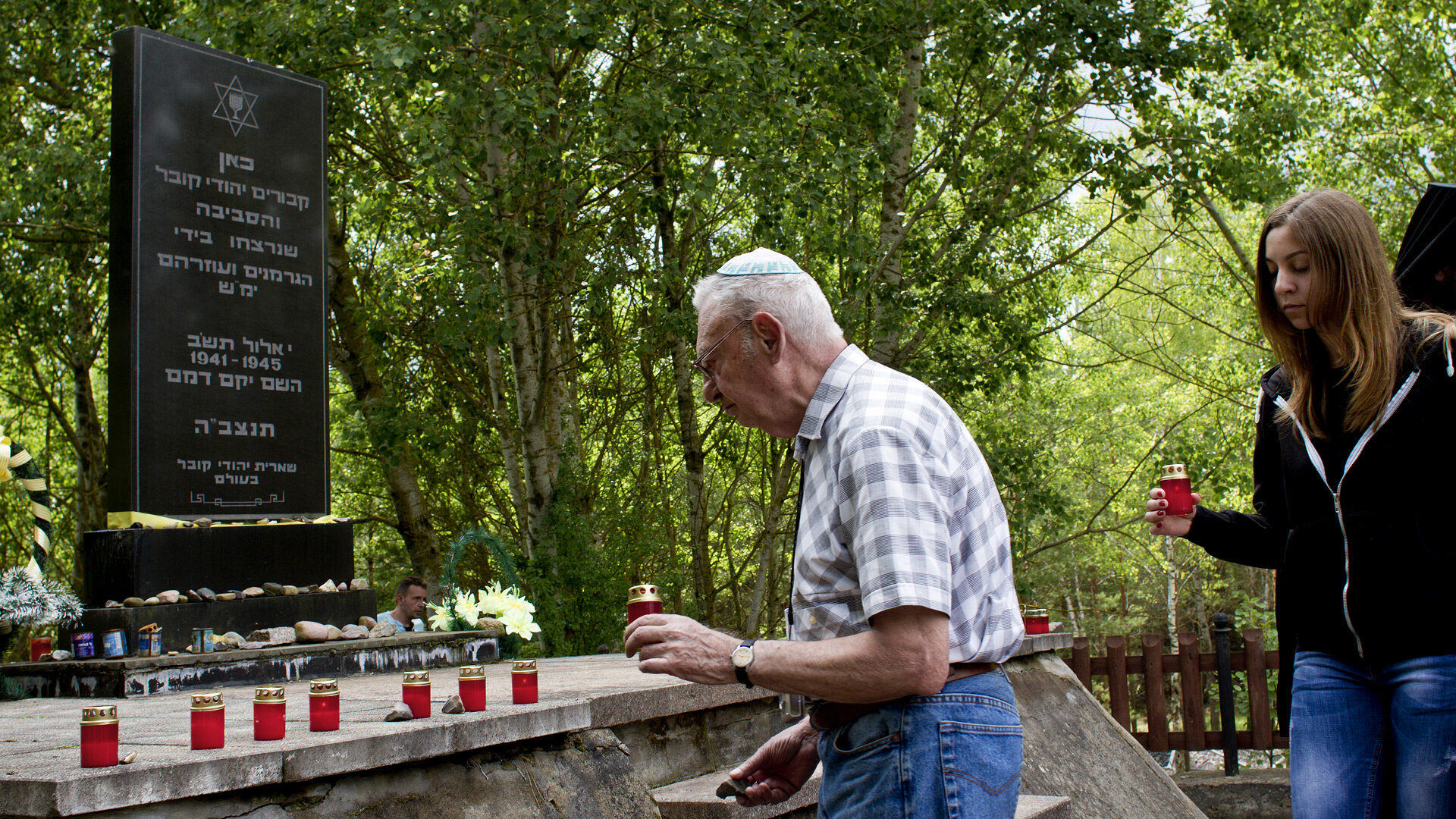 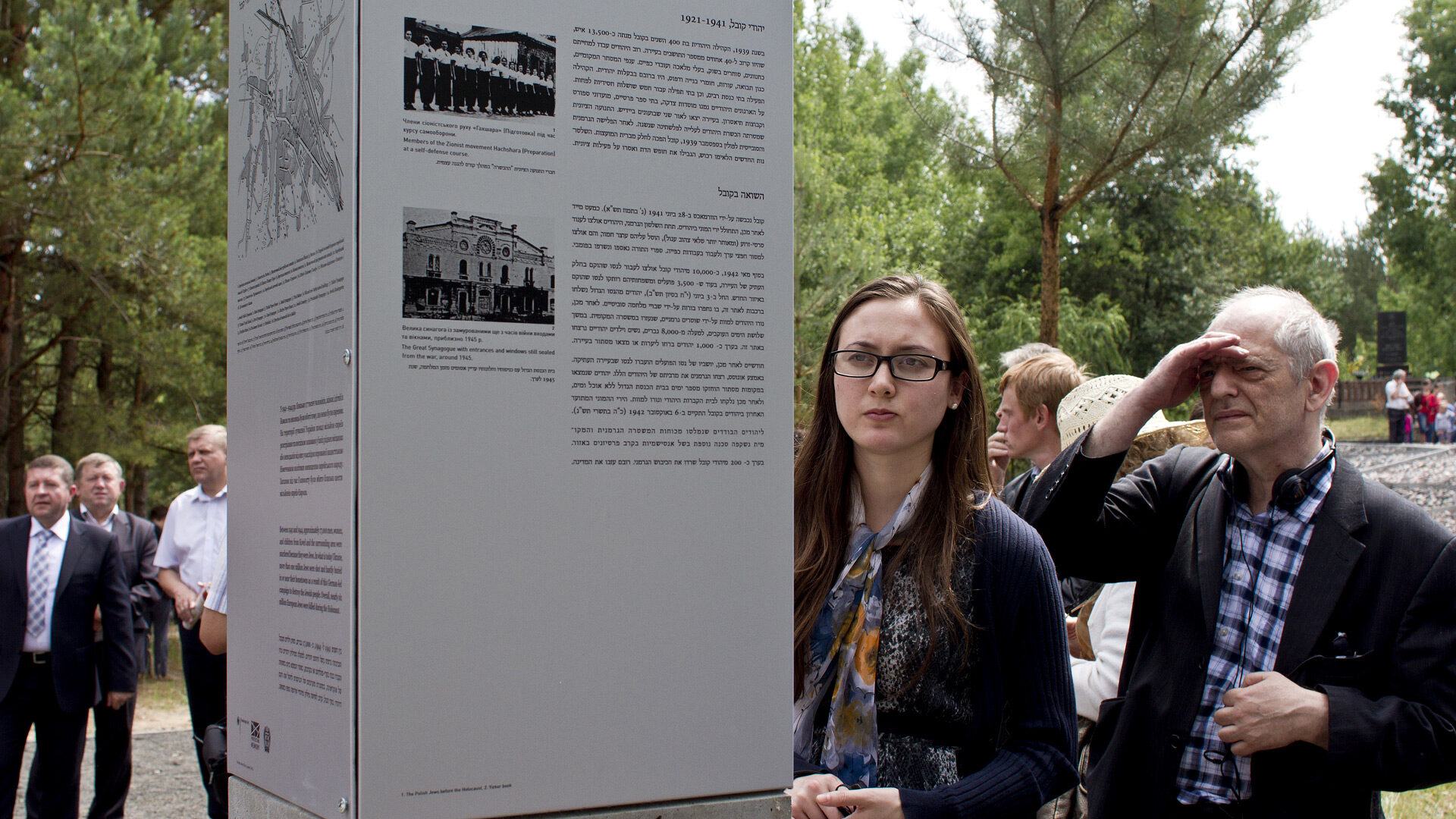 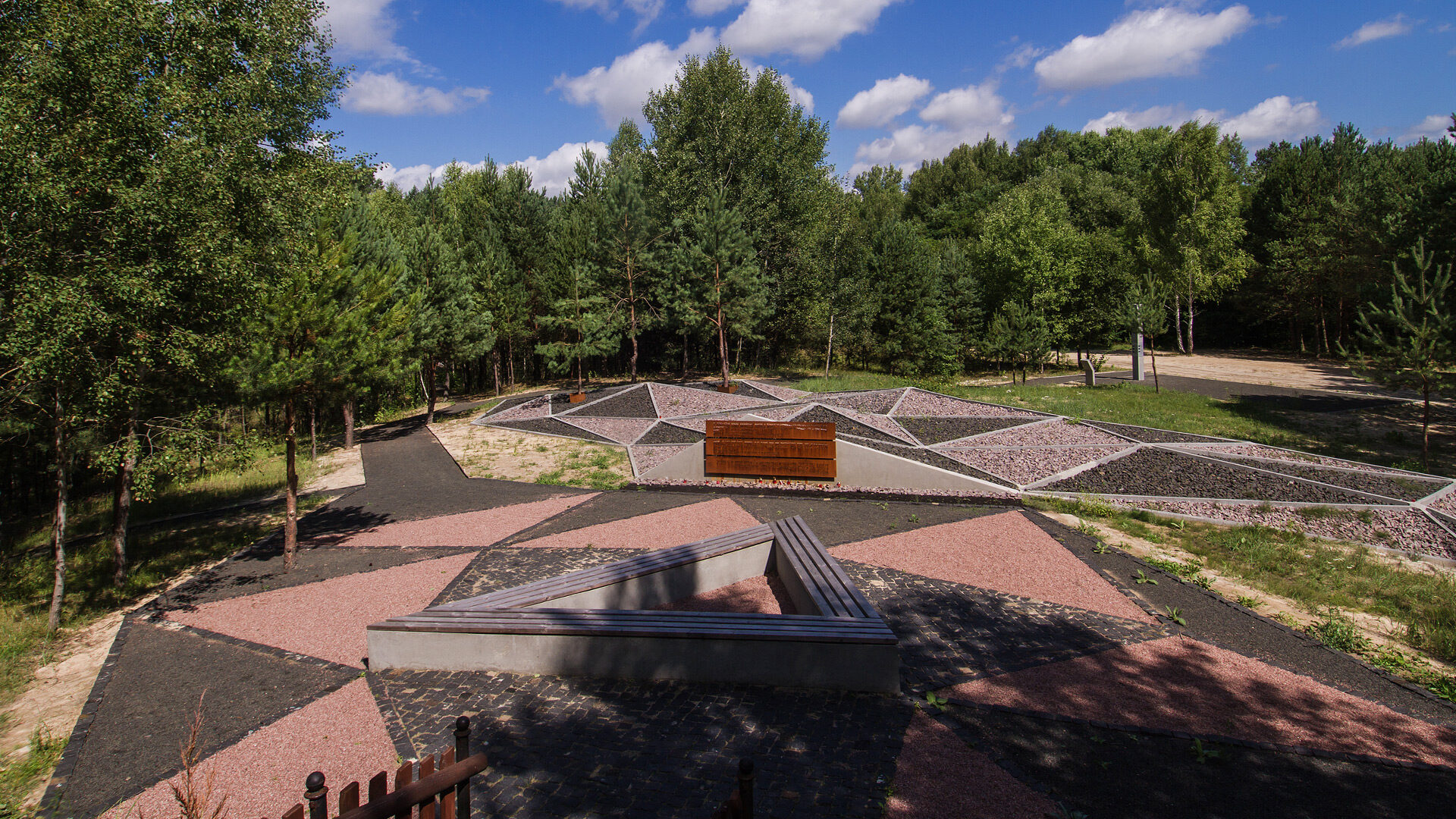 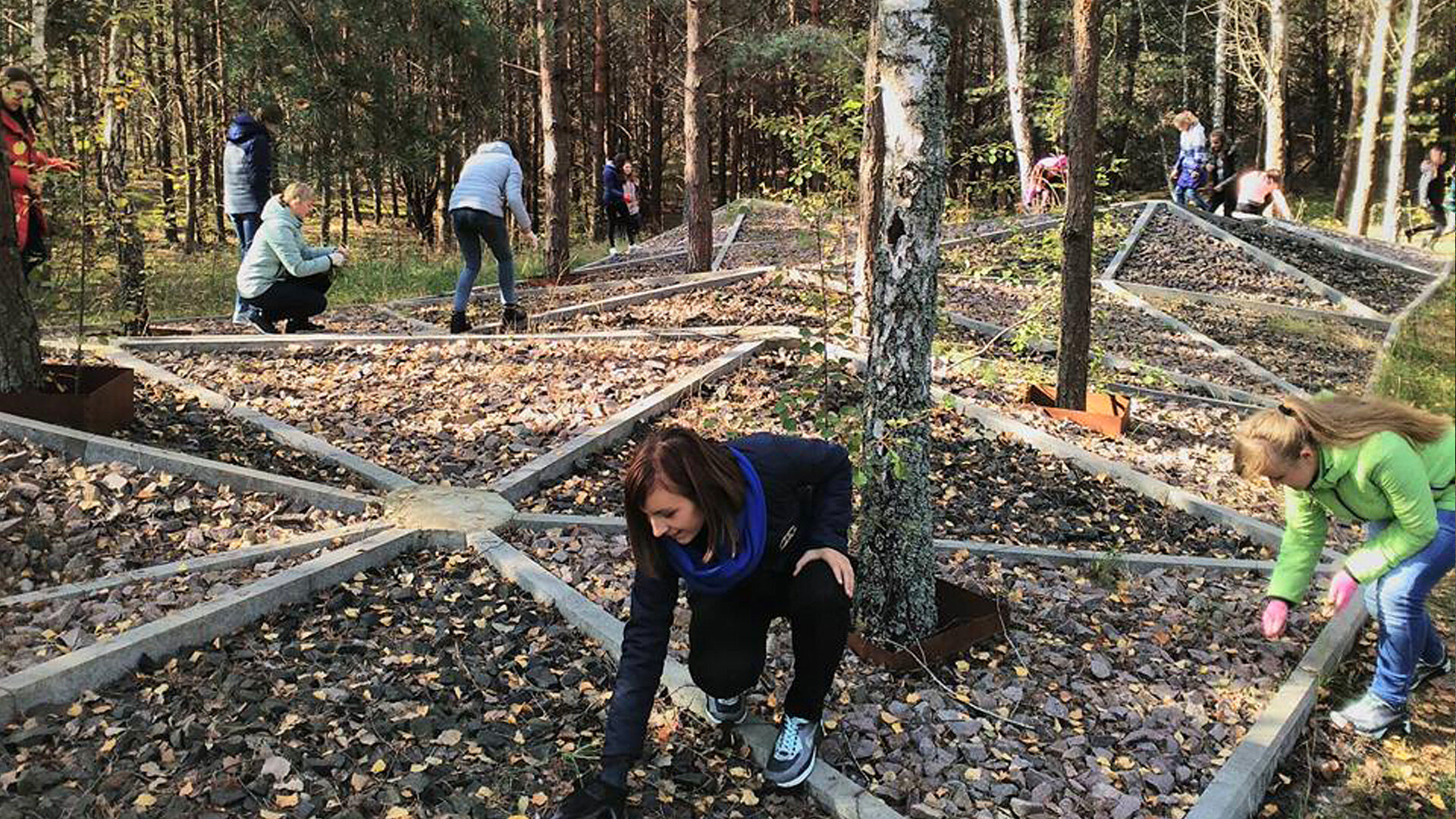 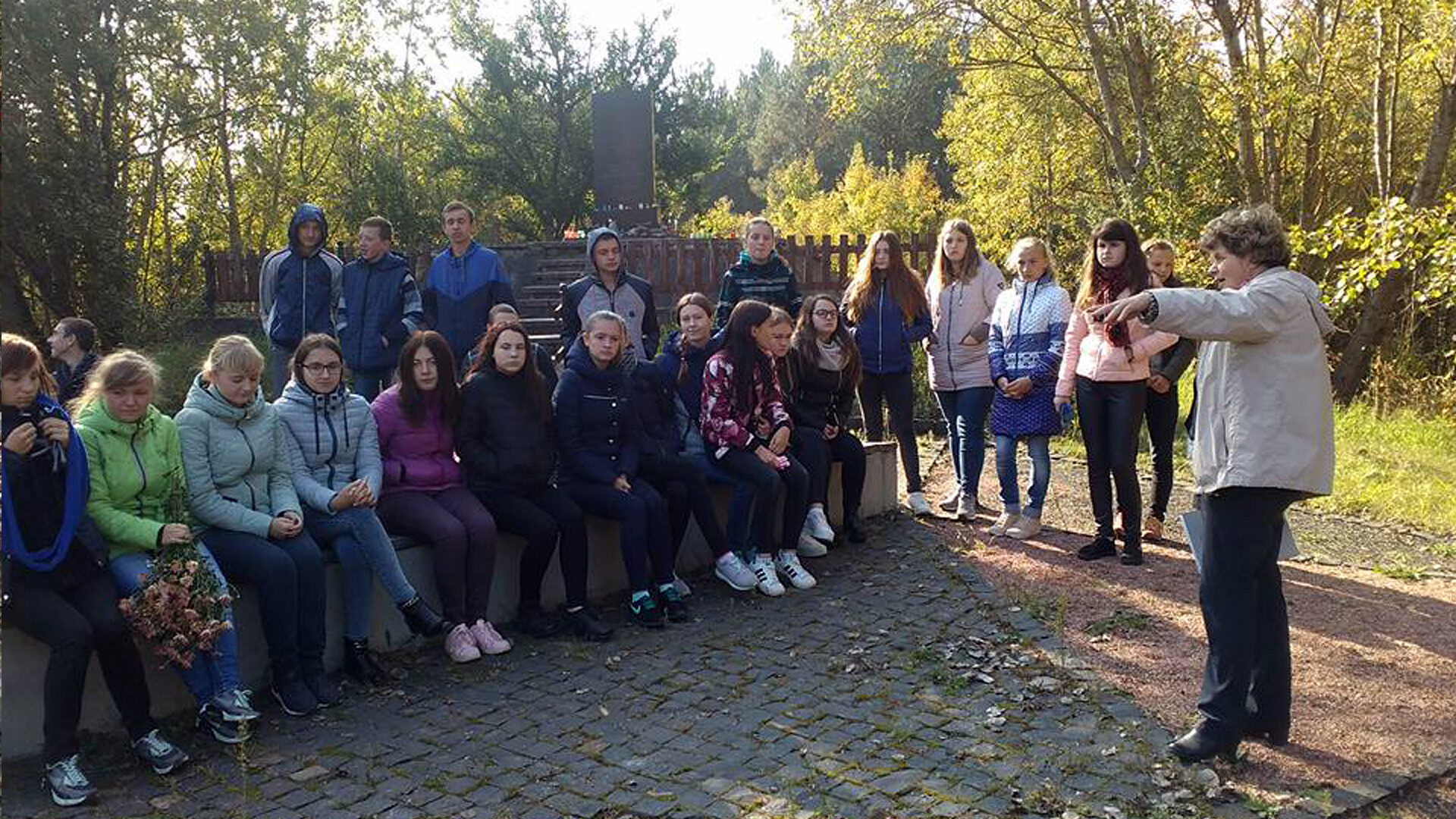 This large memorial site recalls the mass shootings of over 8,000 Jews from Kovel in a sand quarry near Bakhiv in June 1942. It protects four mass graves. A wooden fence and a wooden stela erected at this location as early as the autumn of 1944 soon disappeared and the sandy ground became thickly wooded. The mass graves were reclaimed by nature and partially destroyed by sand extraction after the war. In the 1990s, survivors and their family members laid a memorial stone with an inscription in Hebrew. This stone was integrated into the new memorial site constructed in 2014 and together with the newly installed memorial plaque and an information stela forms the heart of the architectural complex. The memorial site was inaugurated in 2015.