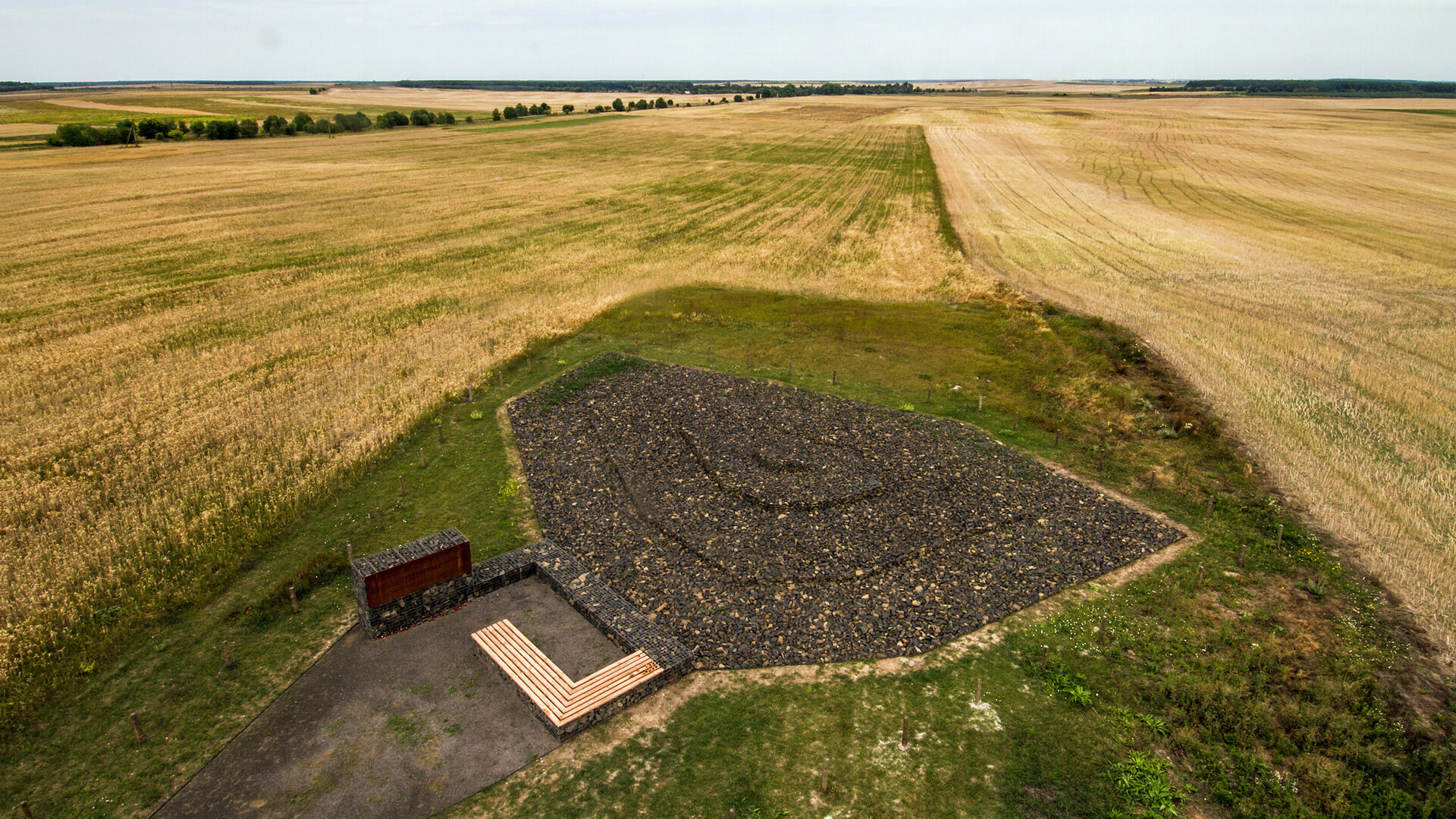 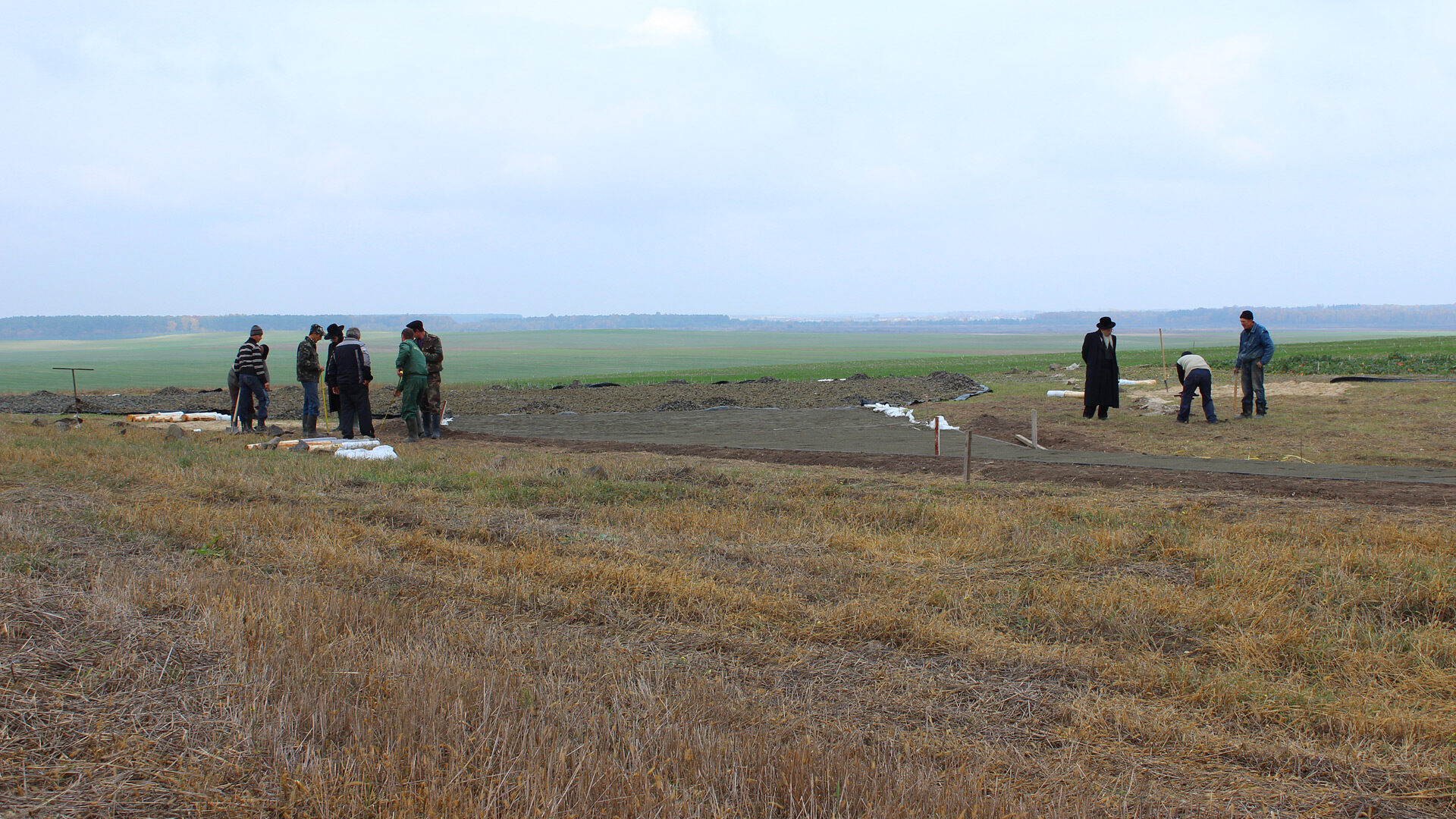 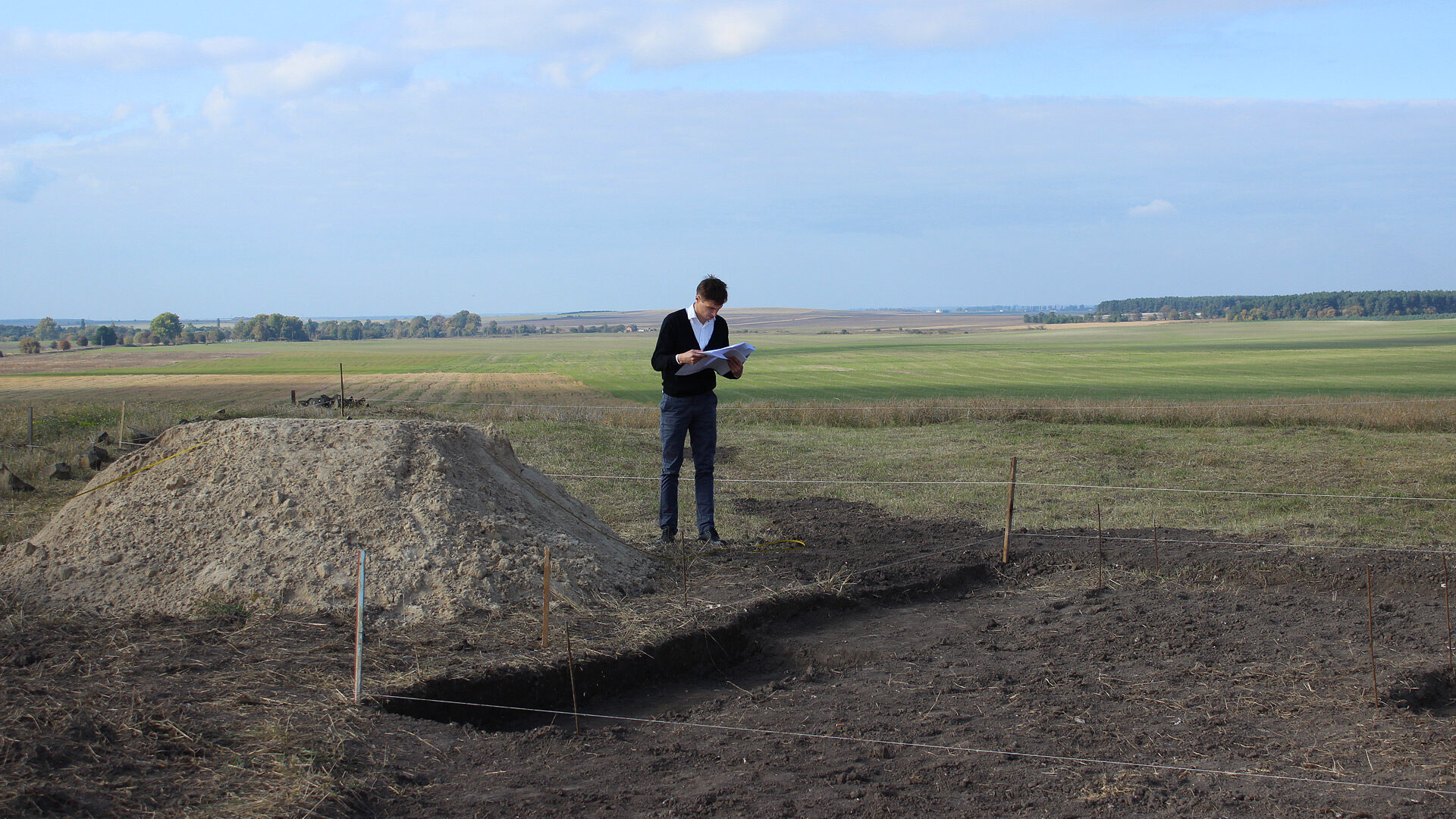 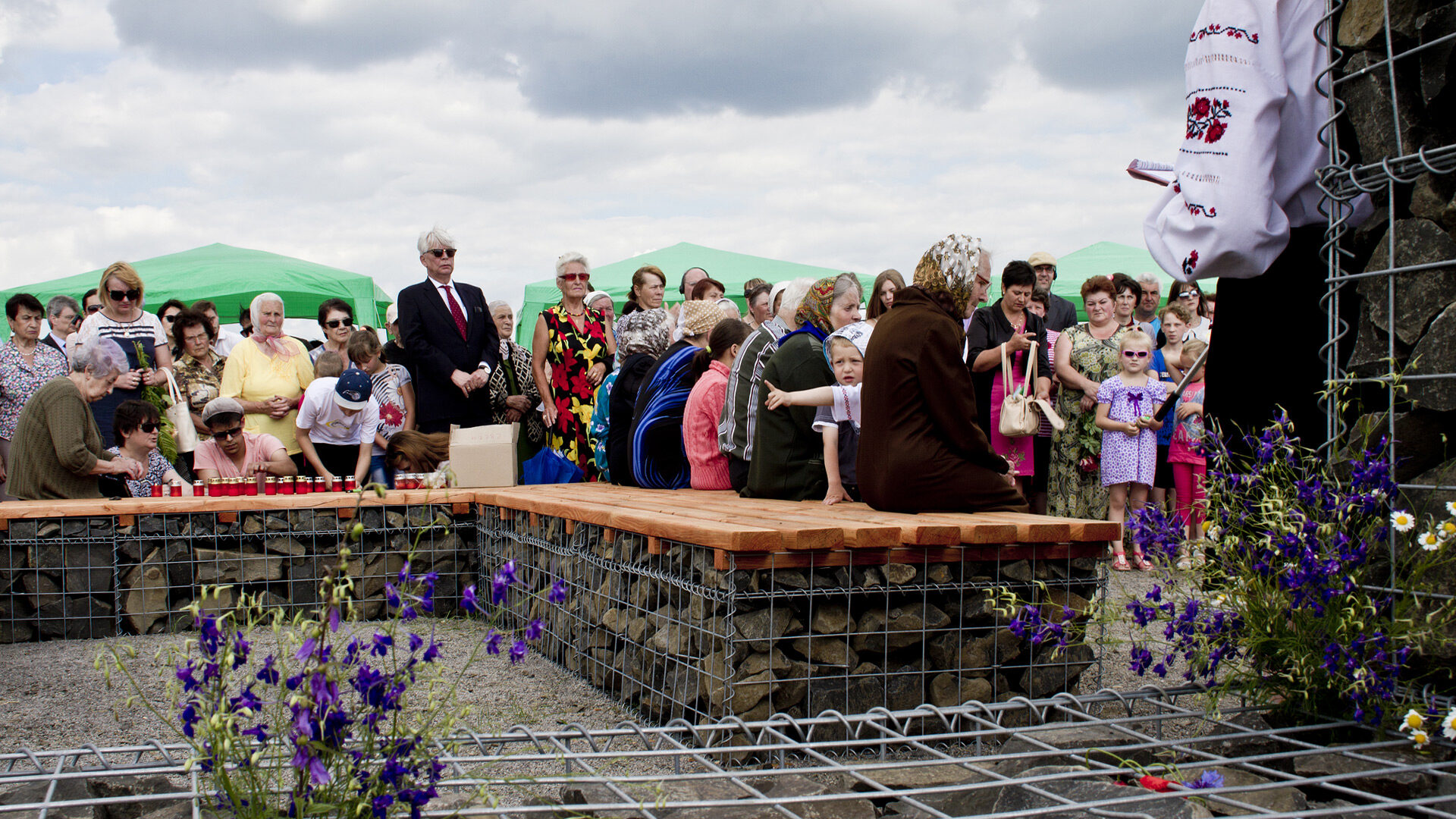 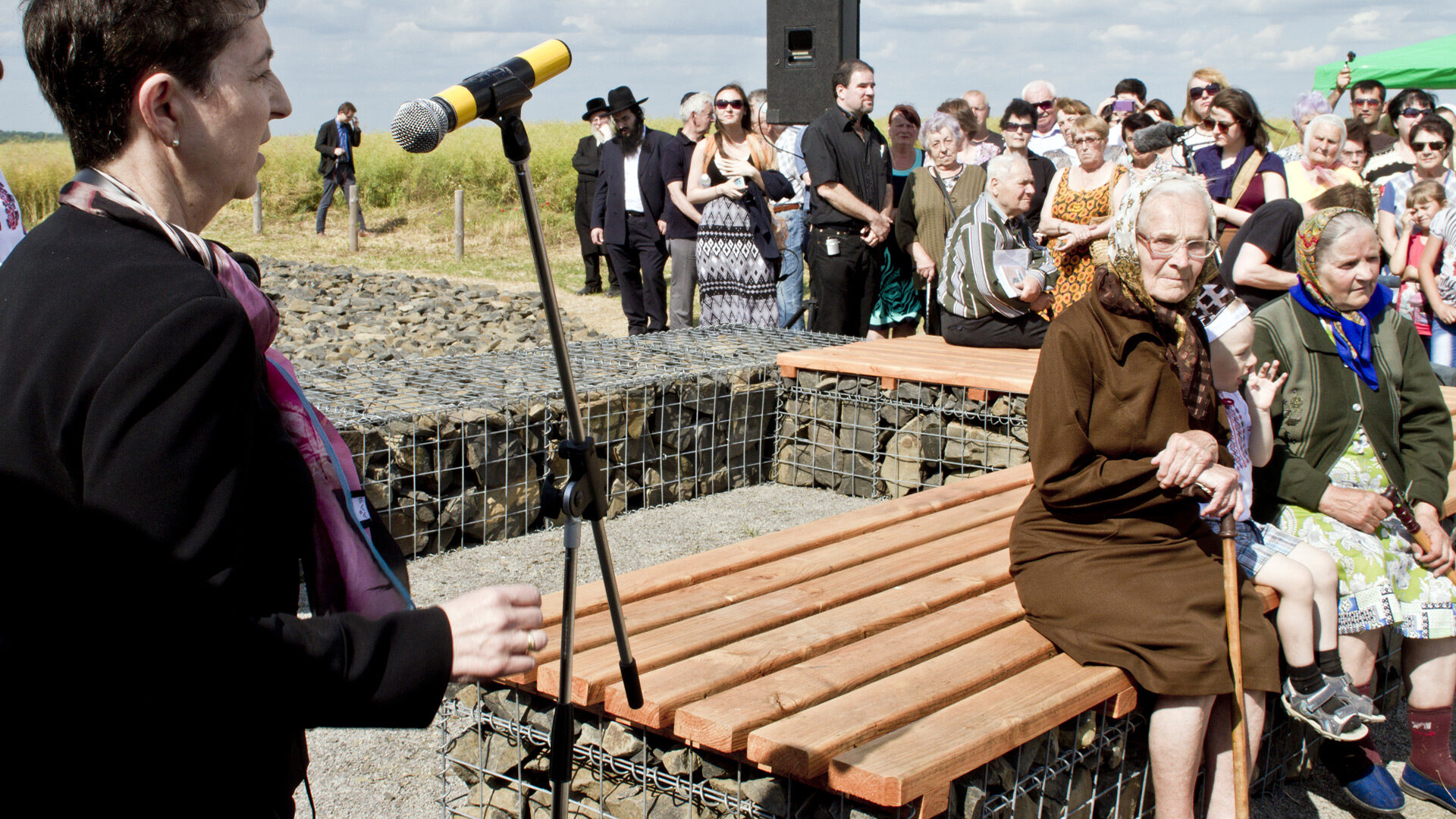 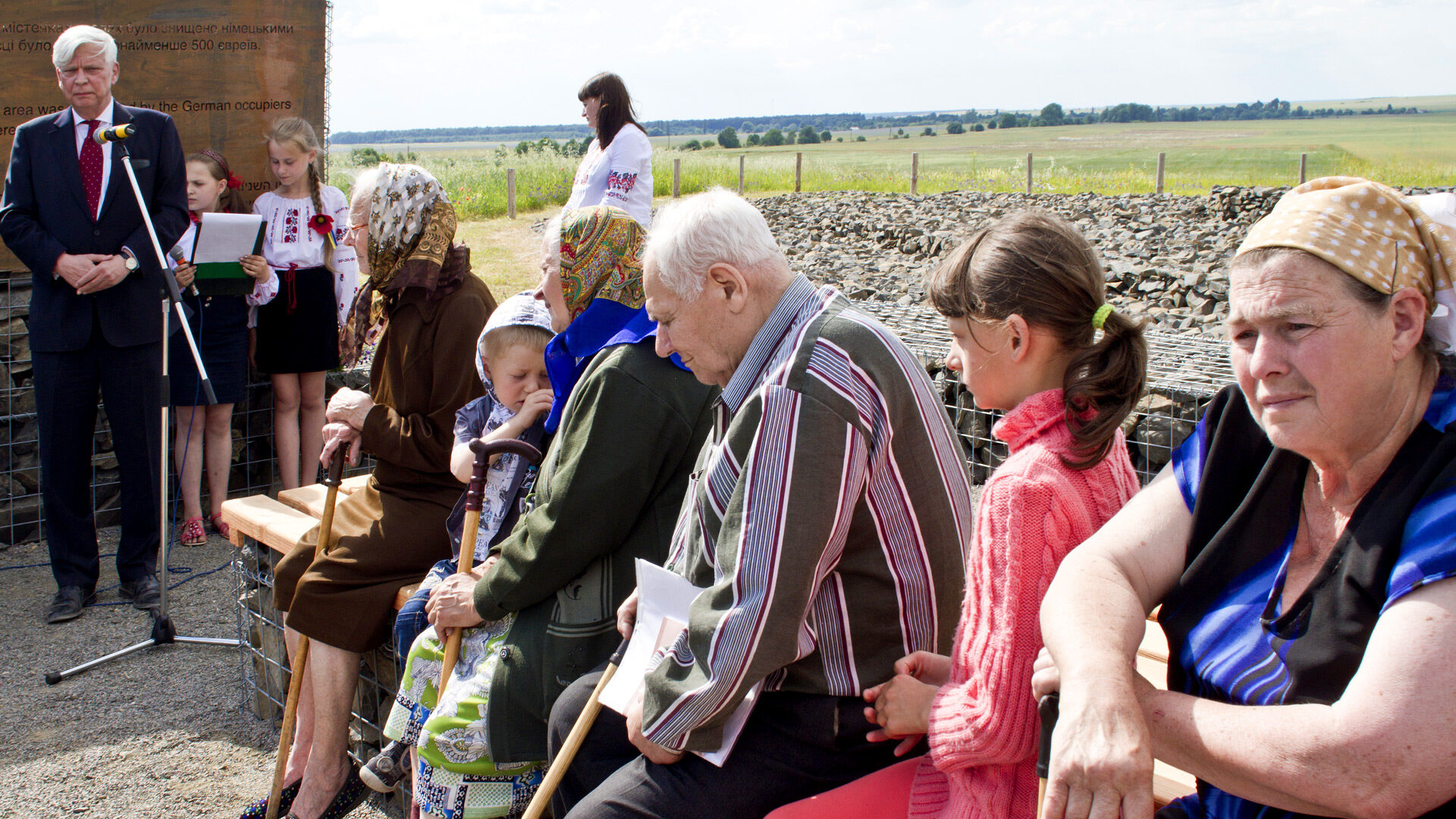 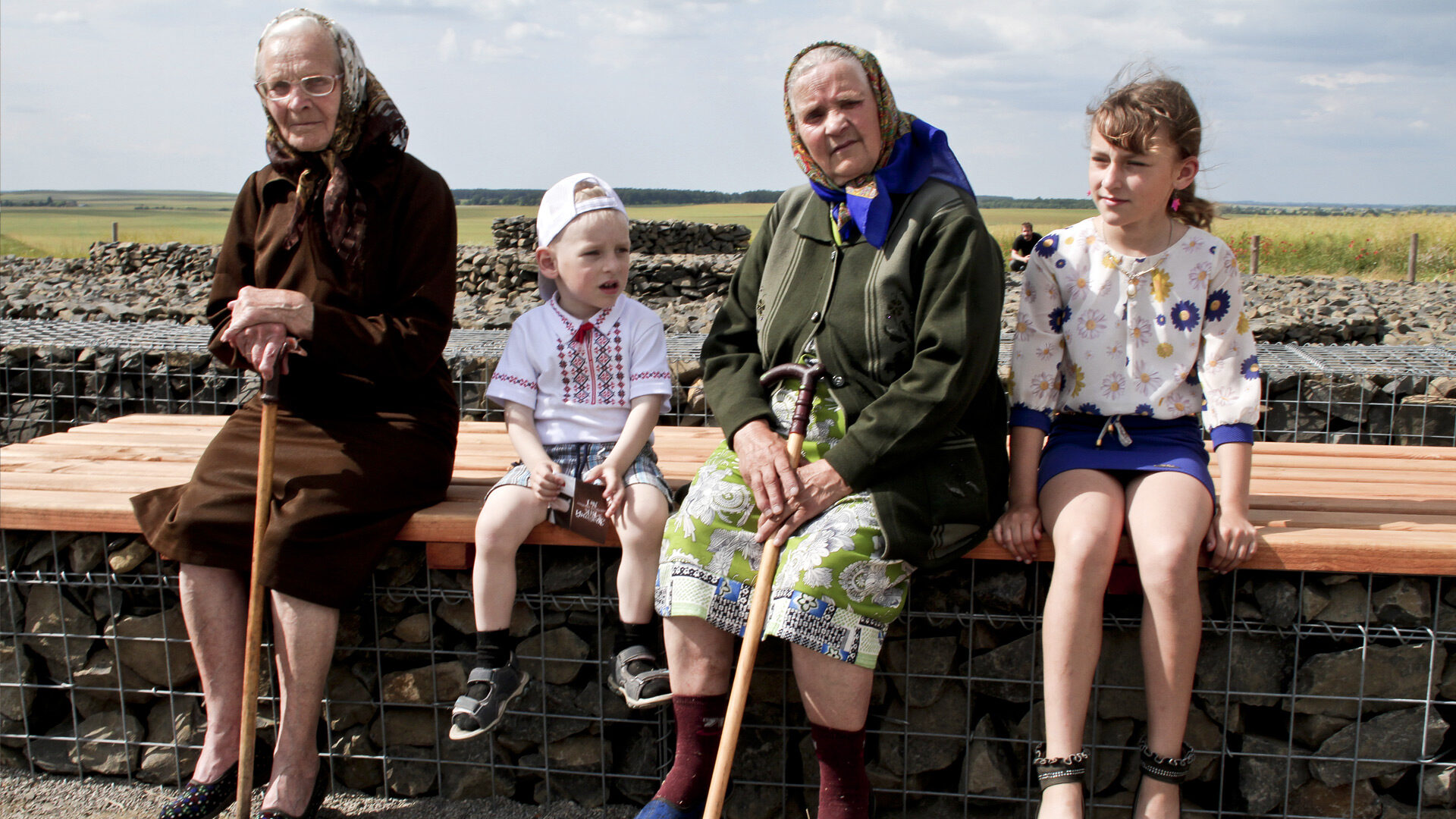 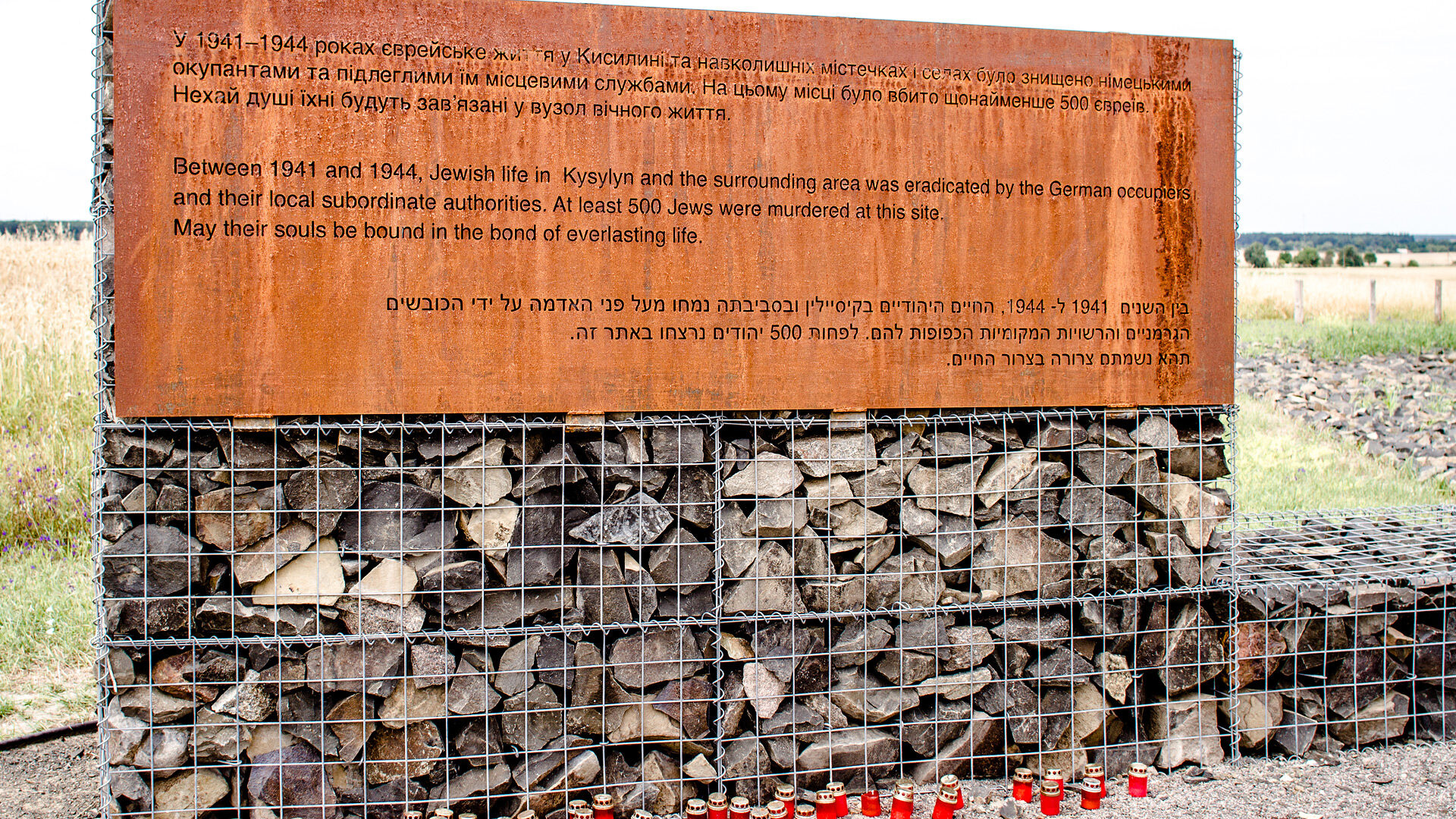 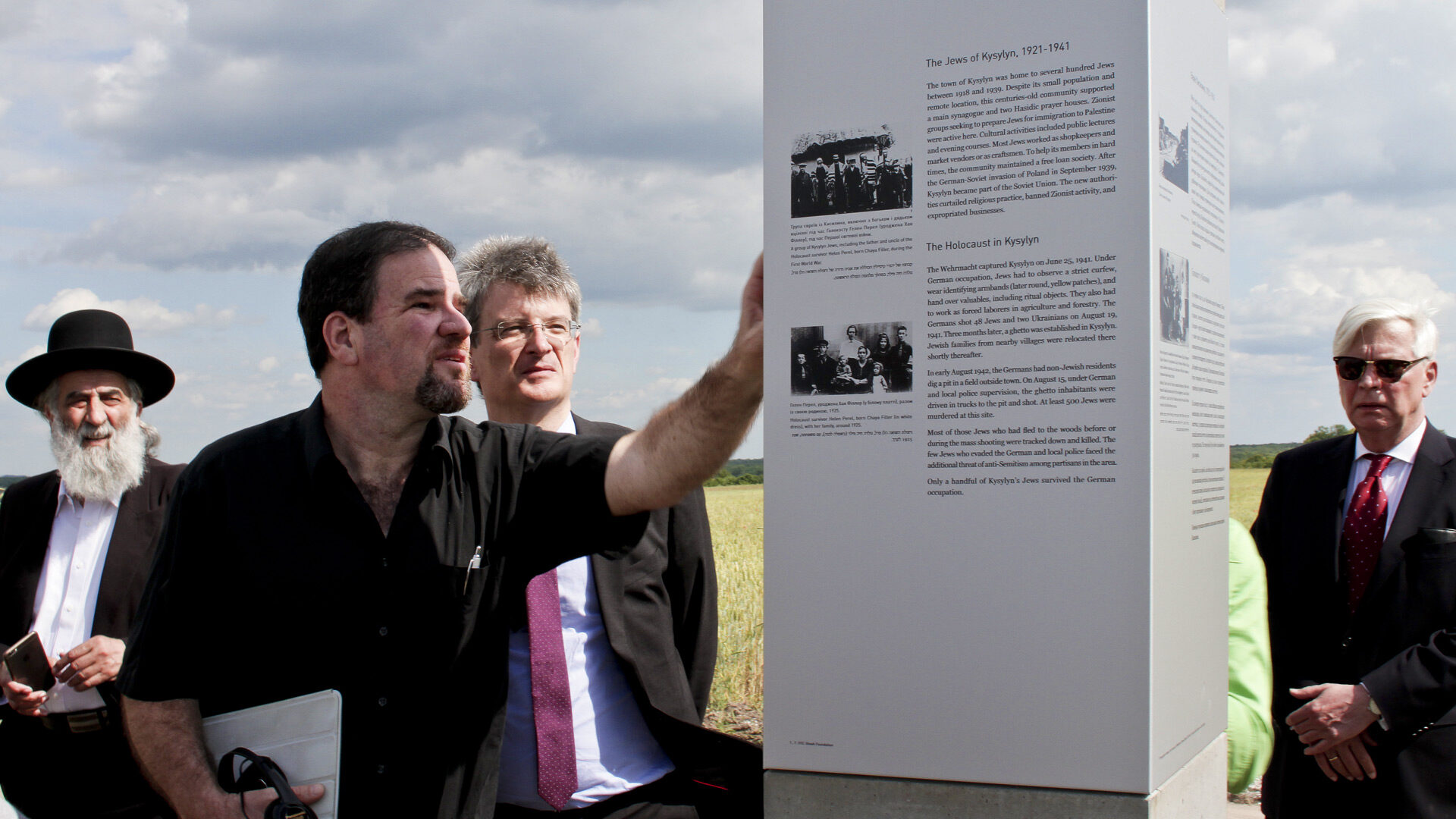 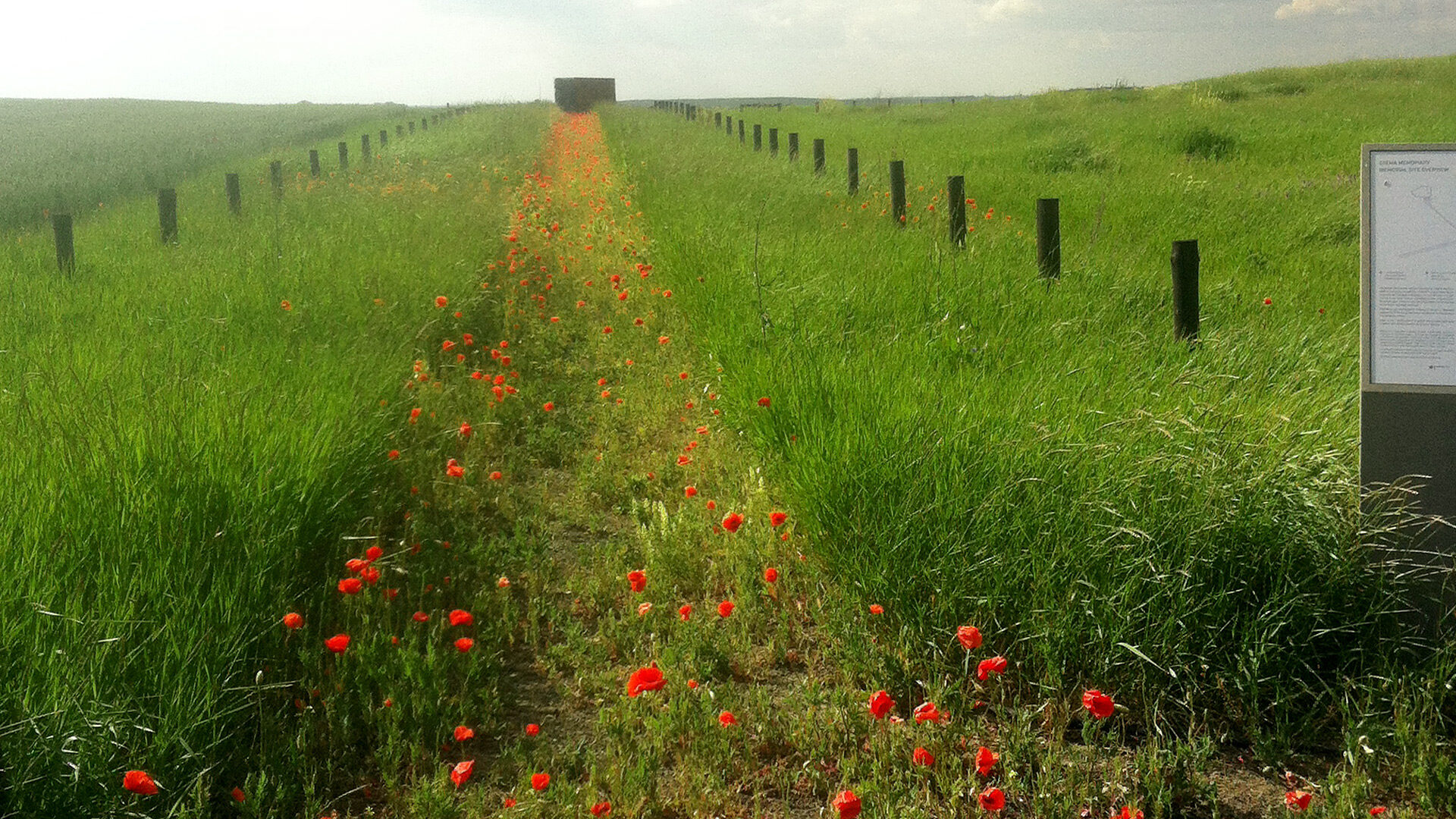 On 15 August 1942, about 500 Jews from the Kysylyn ghetto, also including Jewish families from neighbouring villages, were shot in a field outside Kysylyn and hastily buried in a pit prepared in advance. After the war, the mass grave faded into oblivion. Its surface area was used for agricultural purposes and repeatedly ploughed over. After the location of the mass grave was confirmed by means of non-invasive ground surveys, a memorial site with information stela was built here in 2014. The memorial site was inaugurated in 2015.