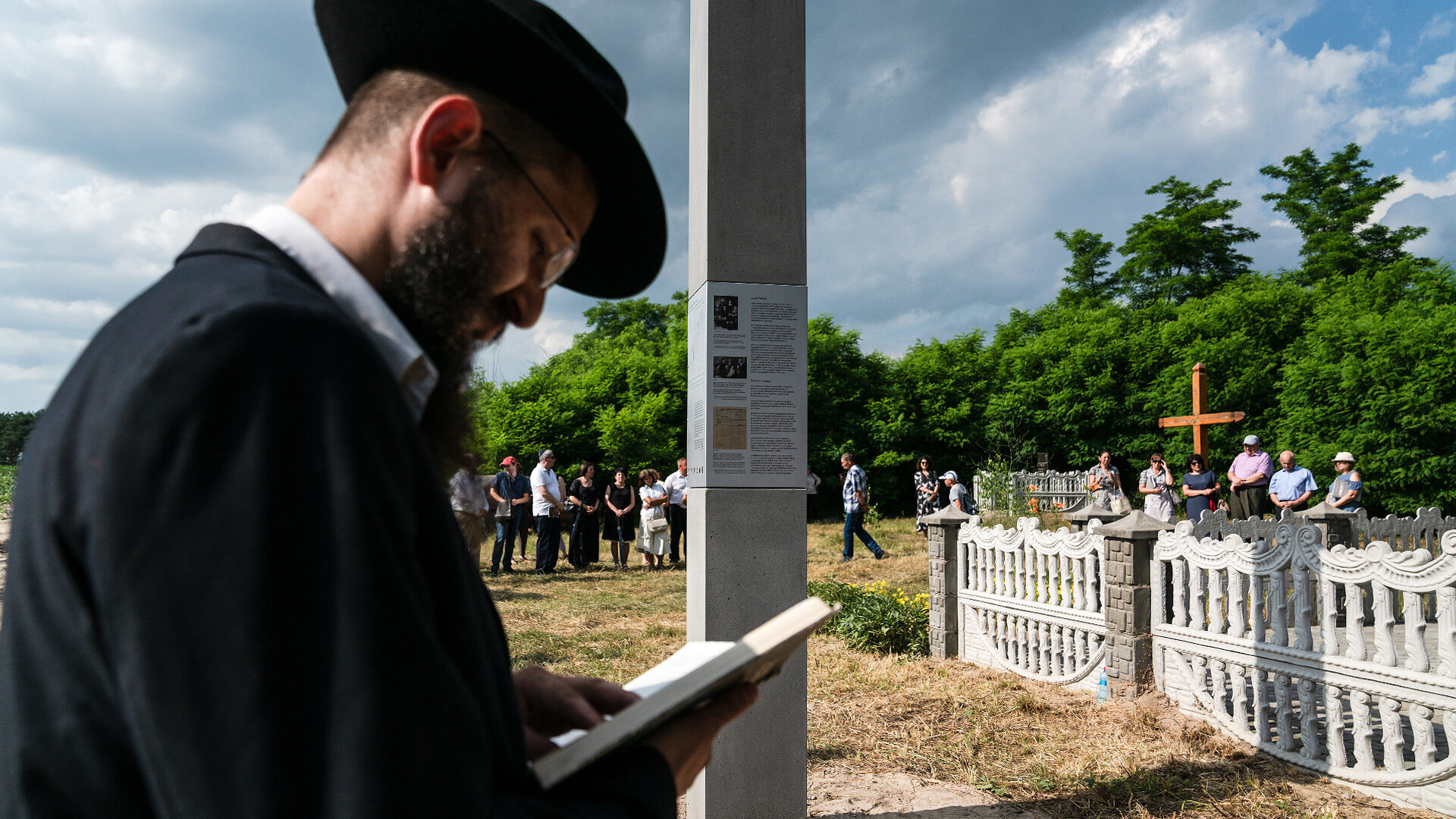 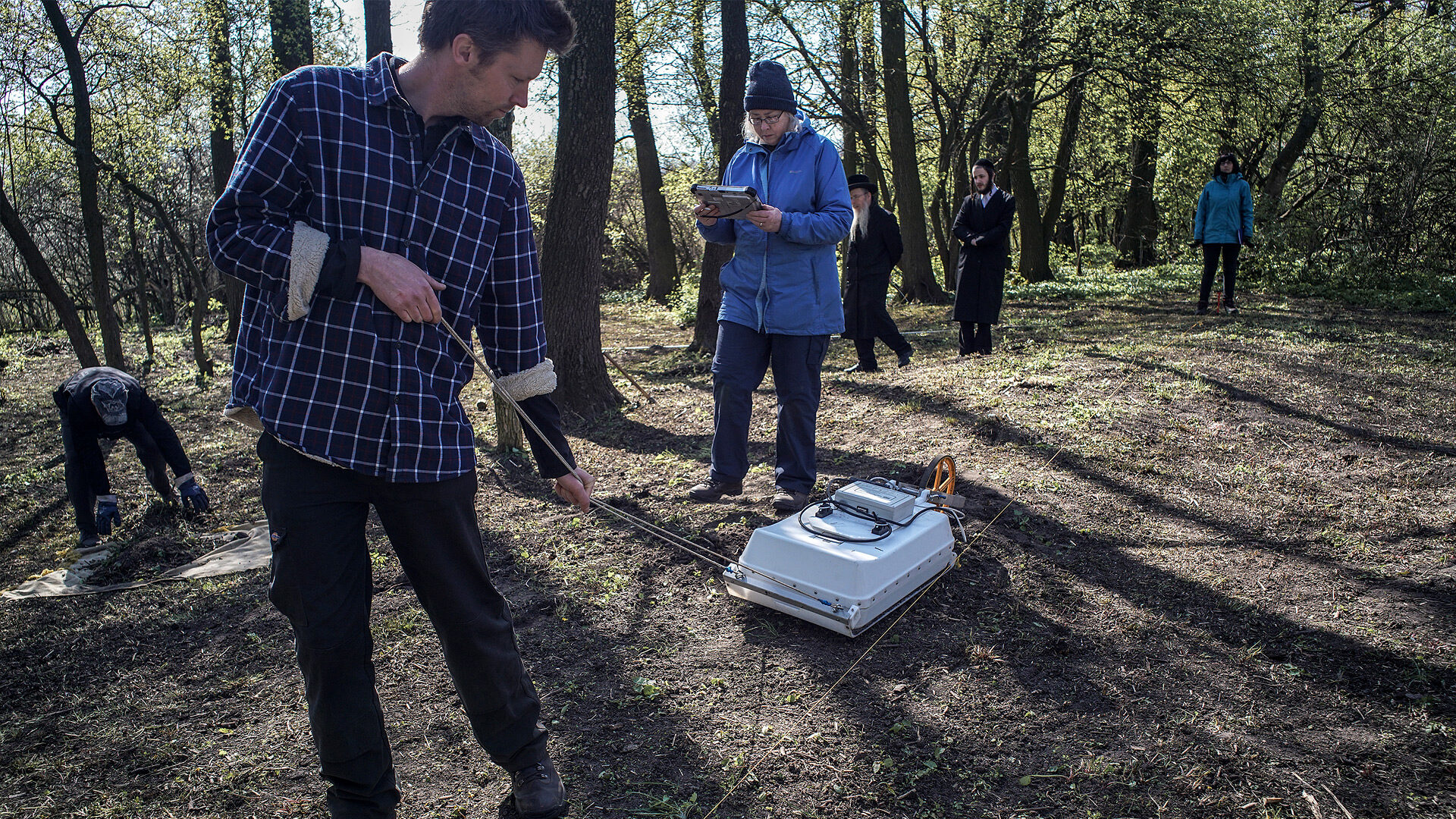 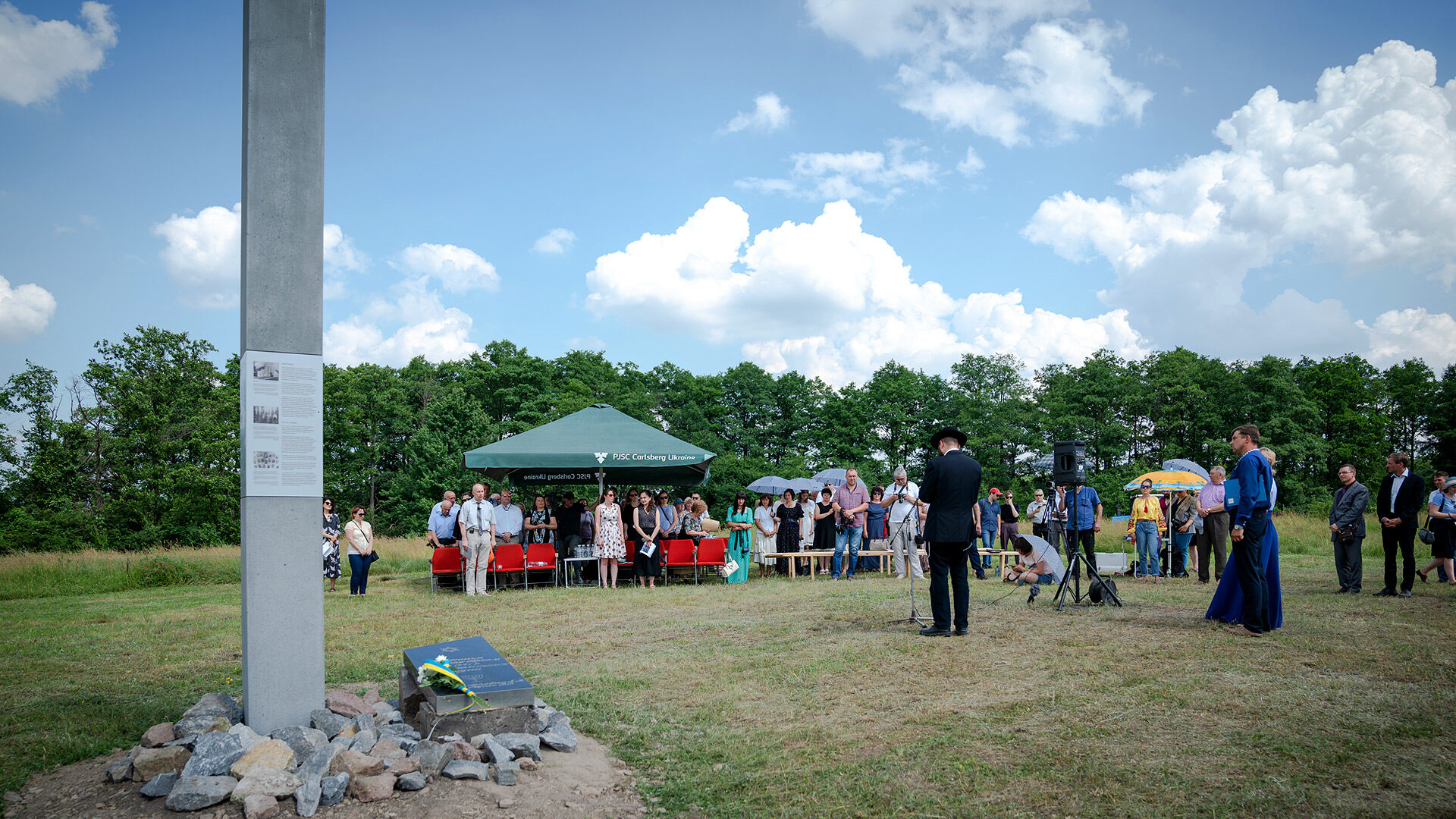 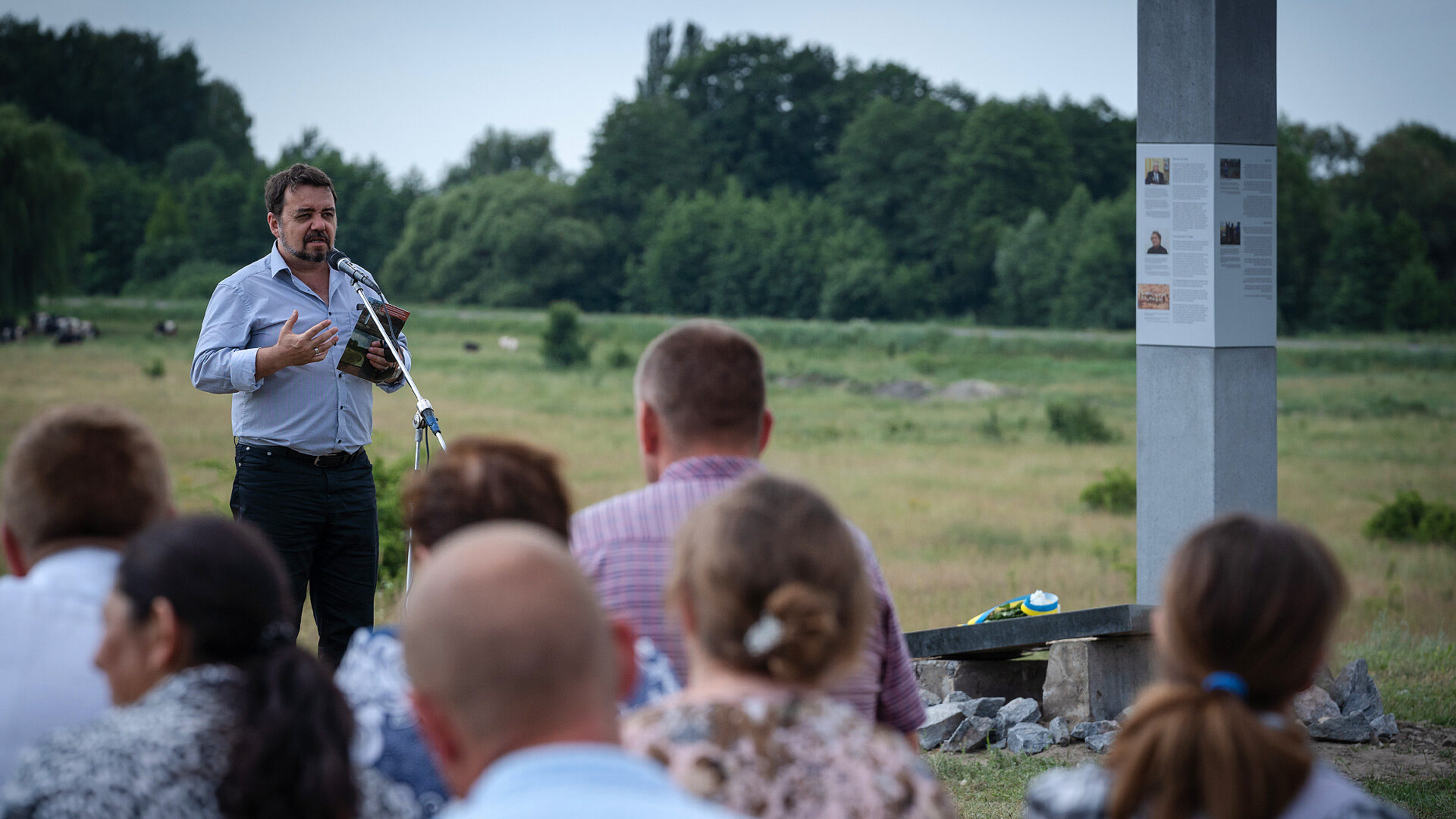 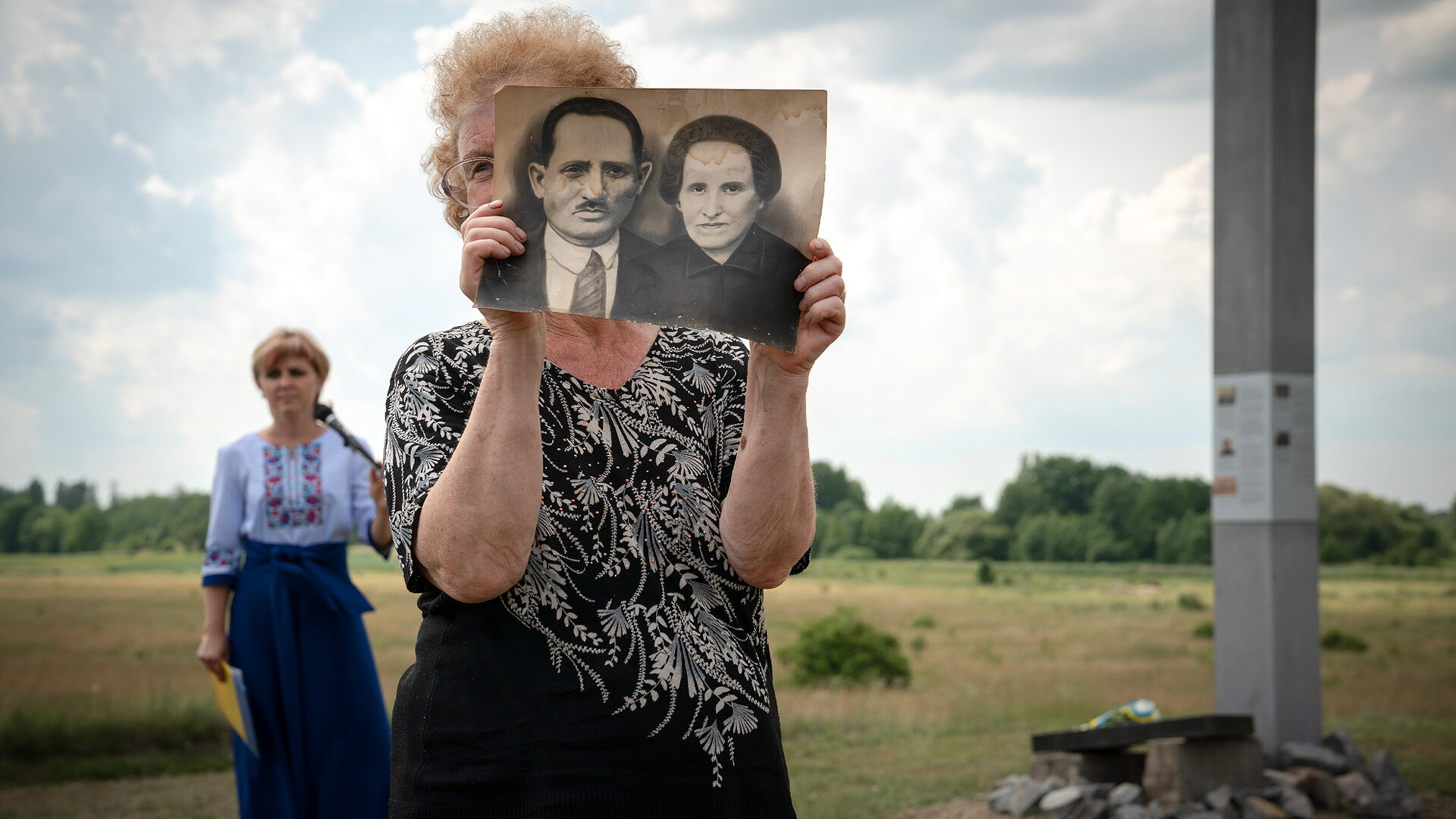 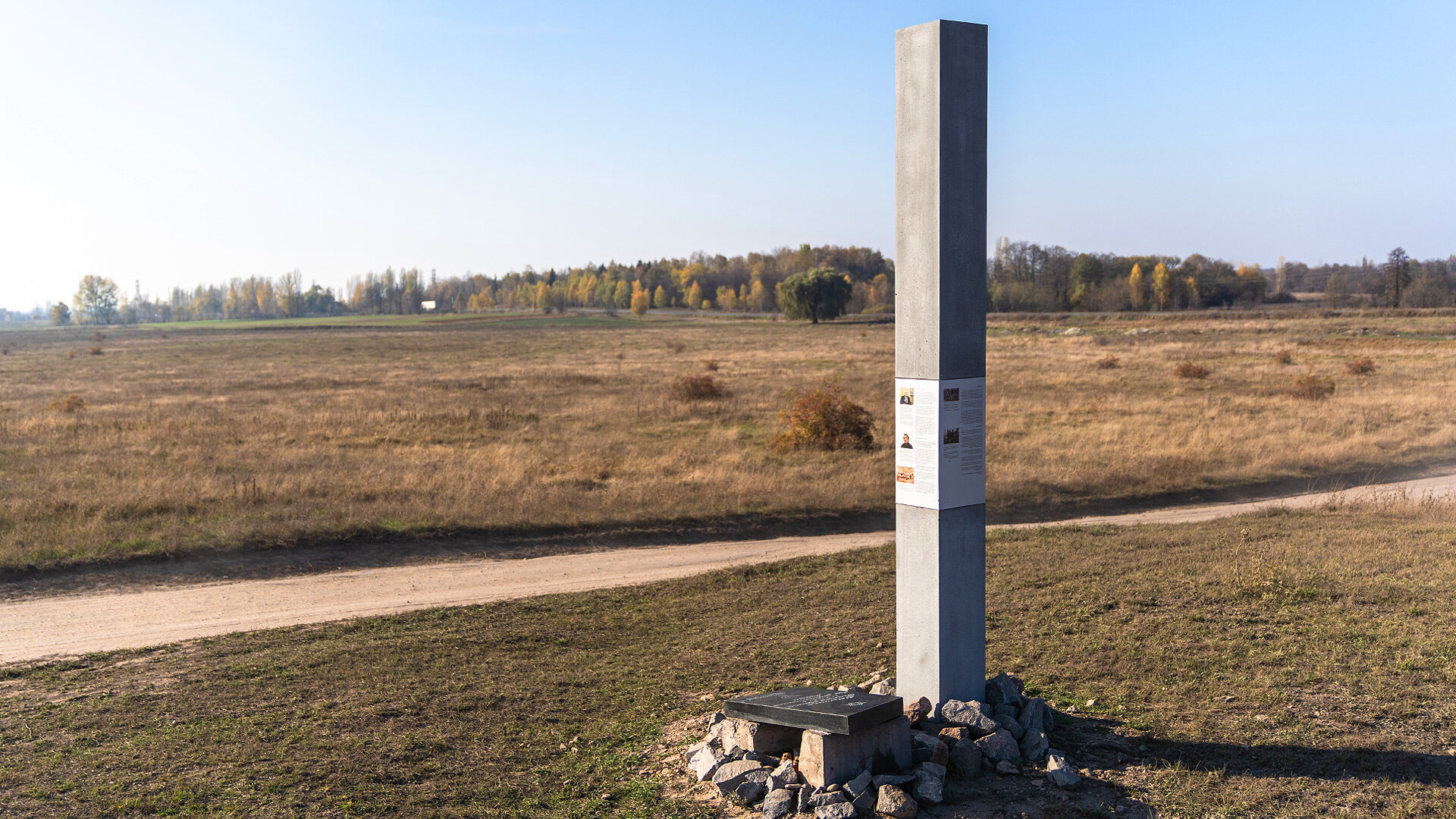 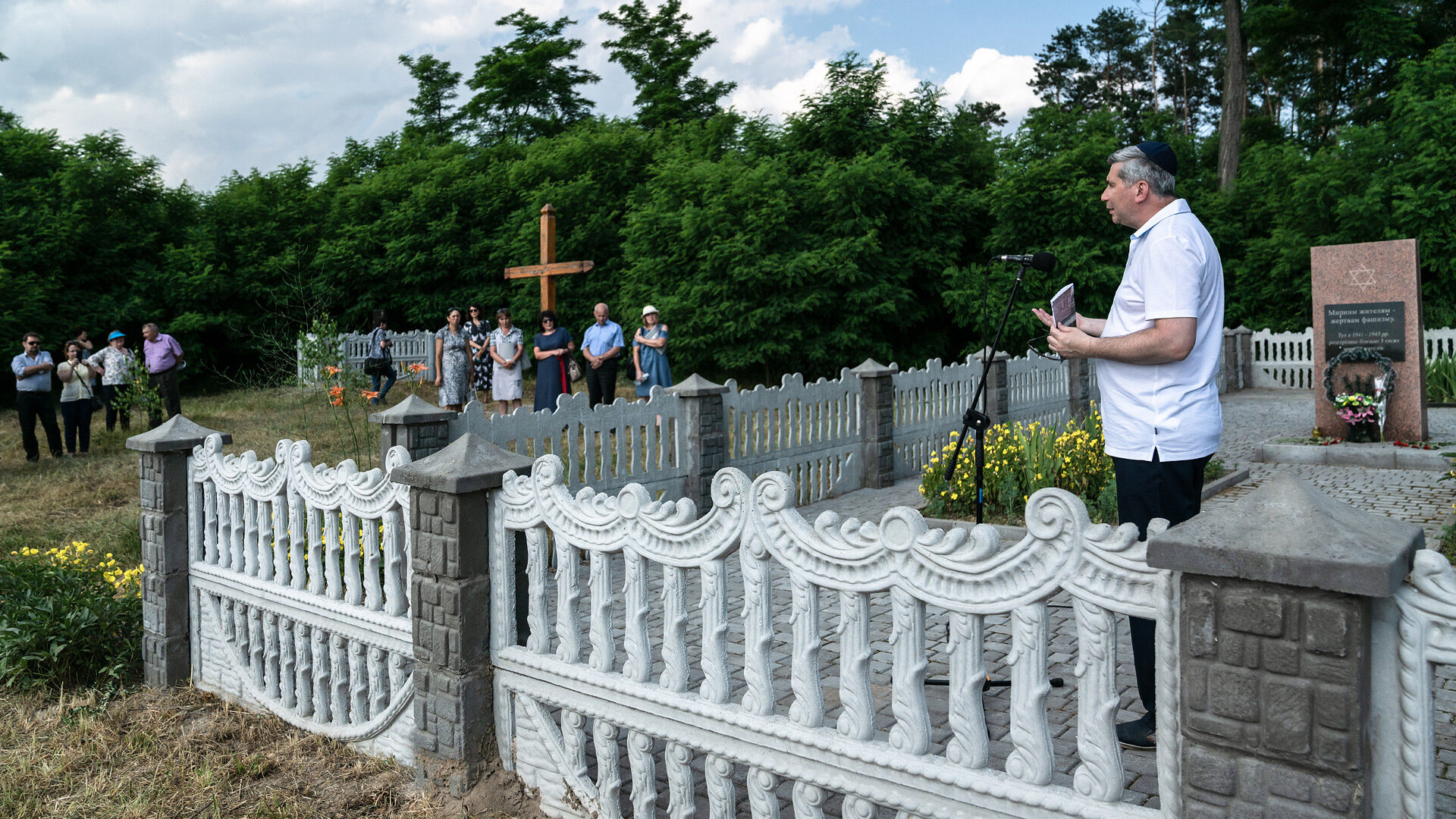 At the time of the 1939 census there were more than 1,800 Jews living in the small town of Liubar (around 70 per cent of the residents). In August 1941, around 400 Jews from Liubar, most of them men, were shot outside the town on the edge of a grove near Yurivka. The exact location of the mass graves could not be determined during a non-invasive archaeological survey in April 2017. An information stela put up as part of the project and a memorial stone donated by a local resident on behalf of the victims’ non-Jewish neighbours serve to remember those who perished.

Most of the Jews were murdered in autumn 1941 in the sand extraction pits near Hromada. As part of the project, an information stela was added to the existing memorial site, providing information on the history of the local Jewish community and its destruction. It was unveiled in June 2019. 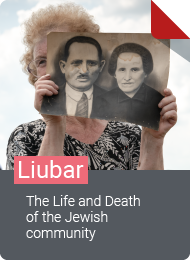 Liubar. The Life and Death of the Jewish community (essay)
How to get to the burial place?