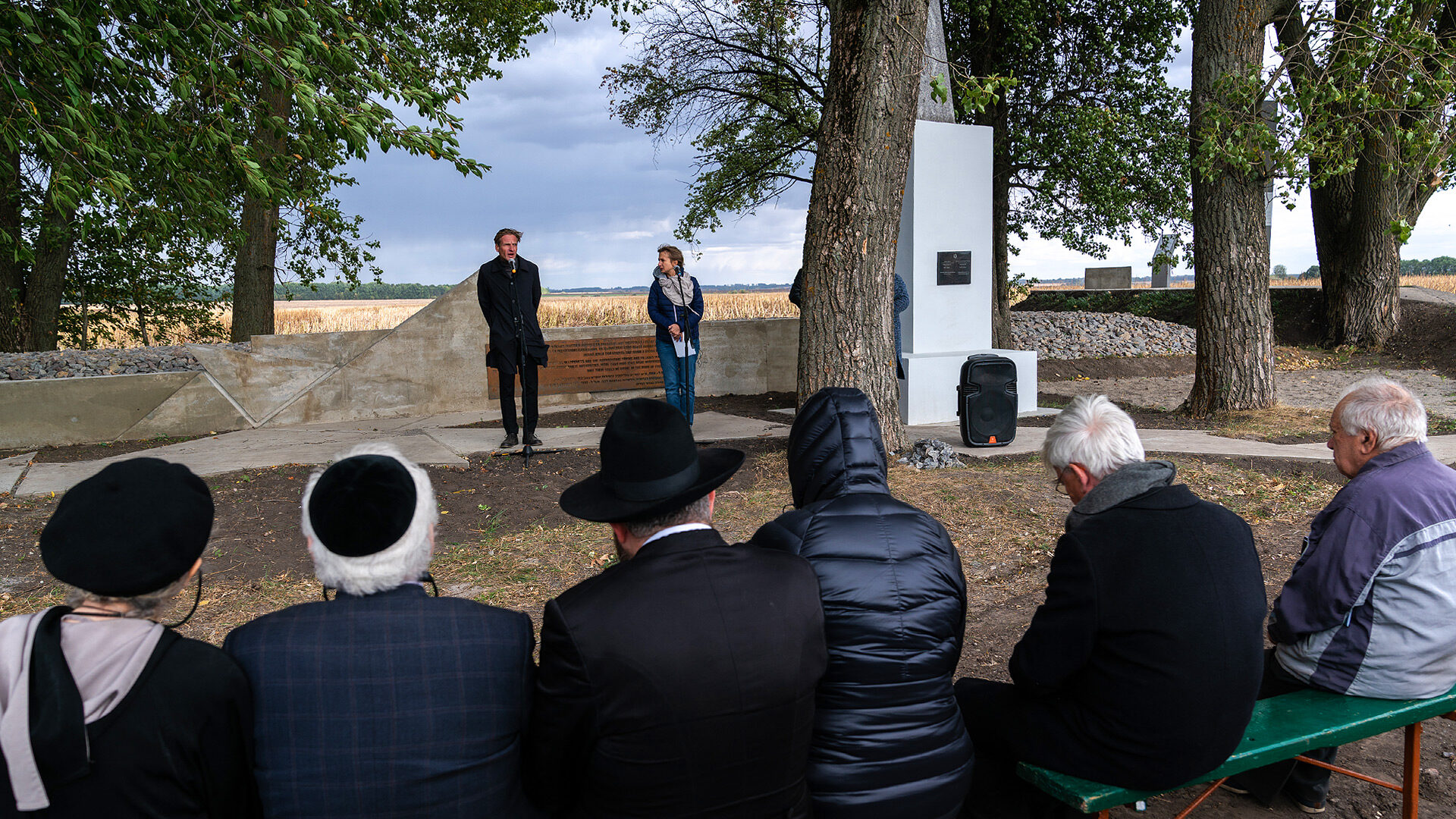 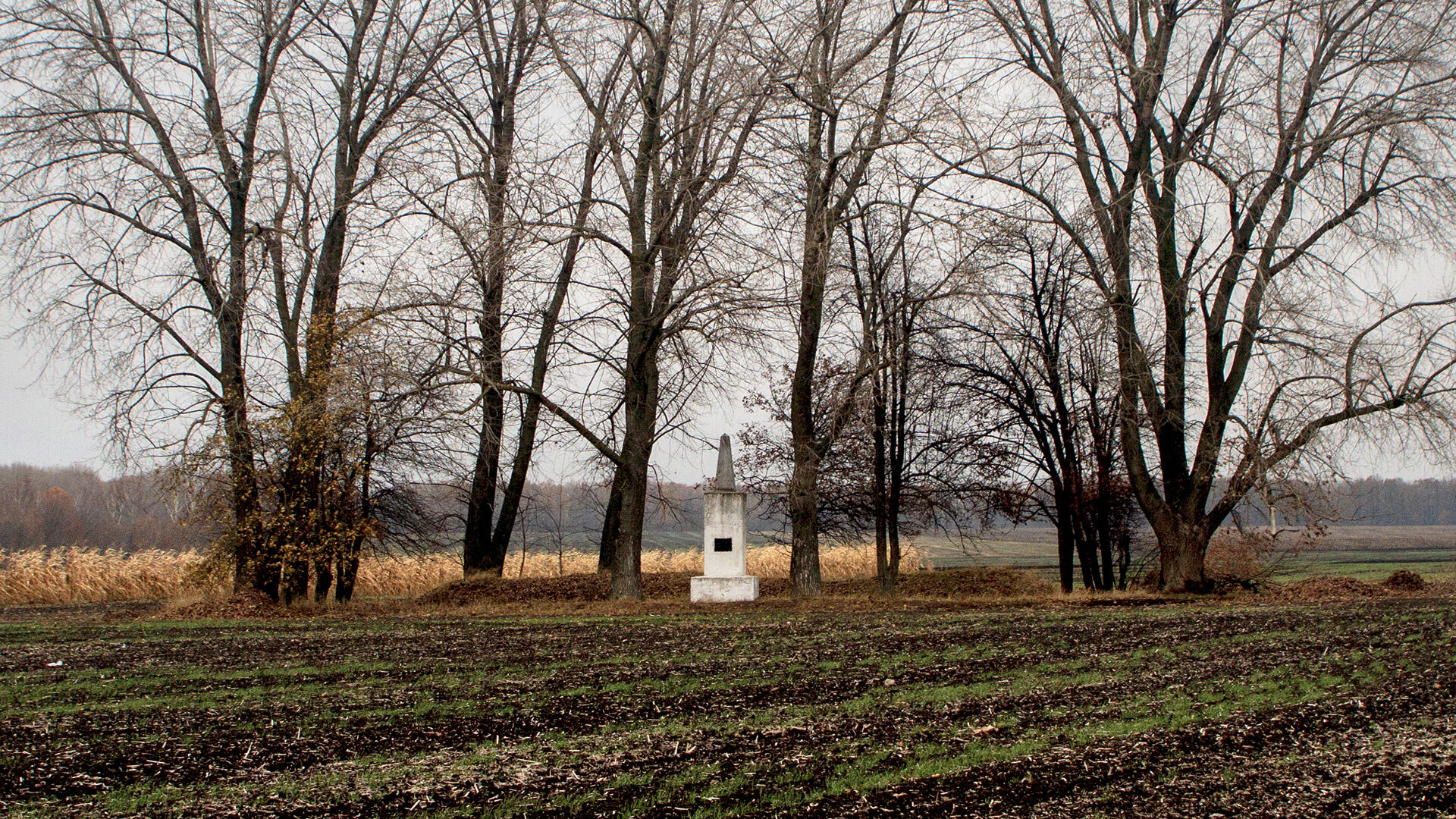 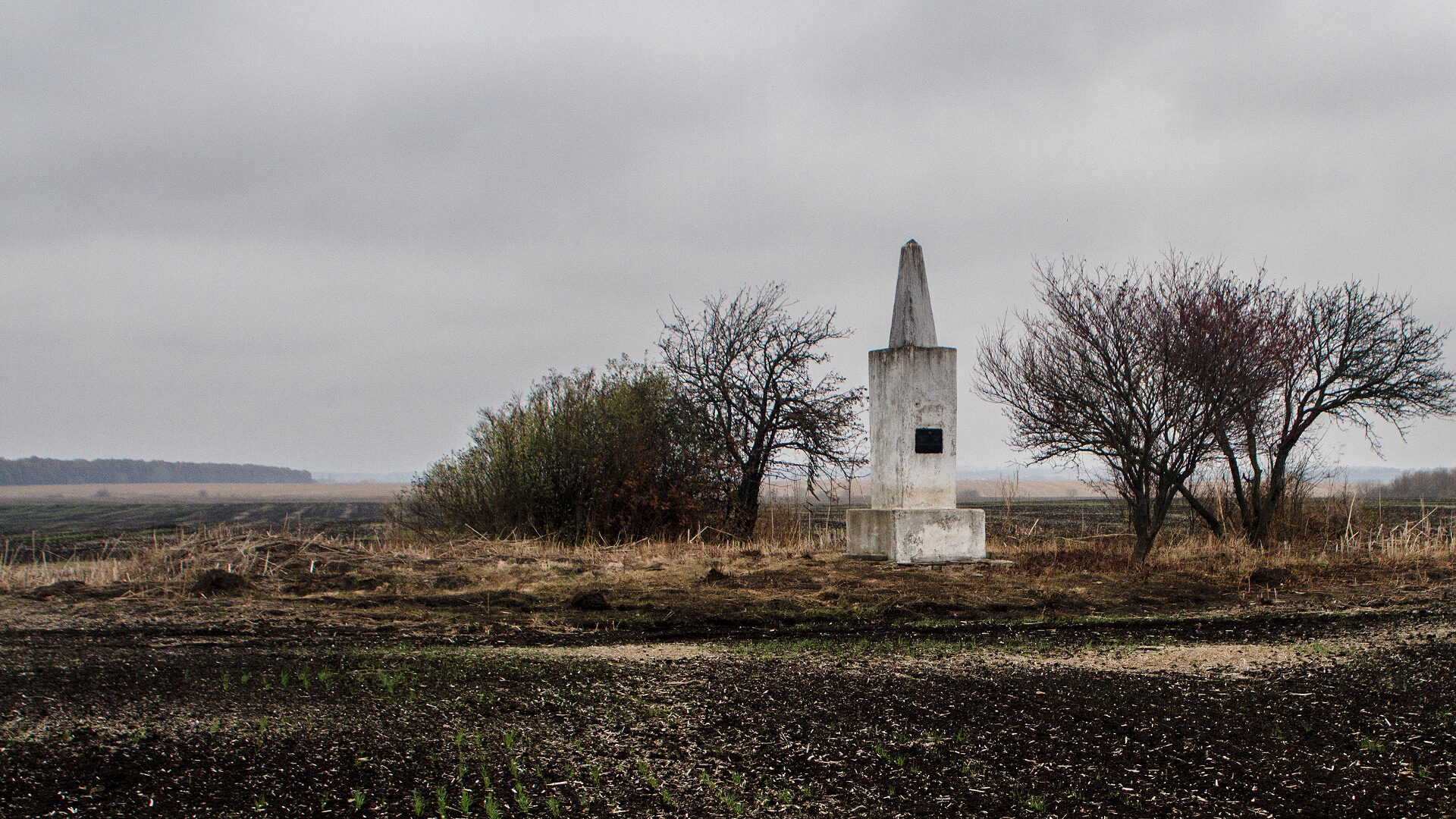 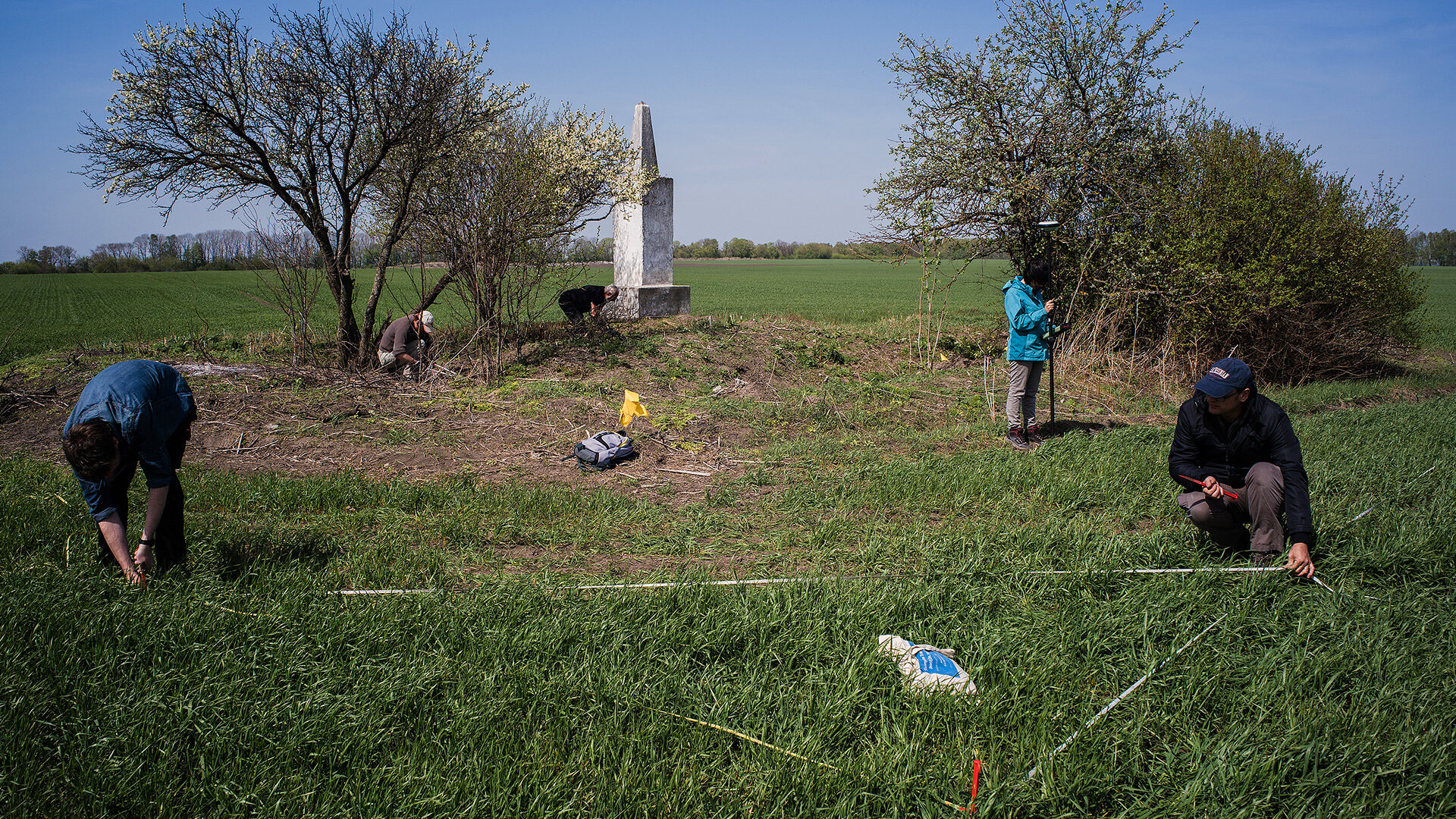 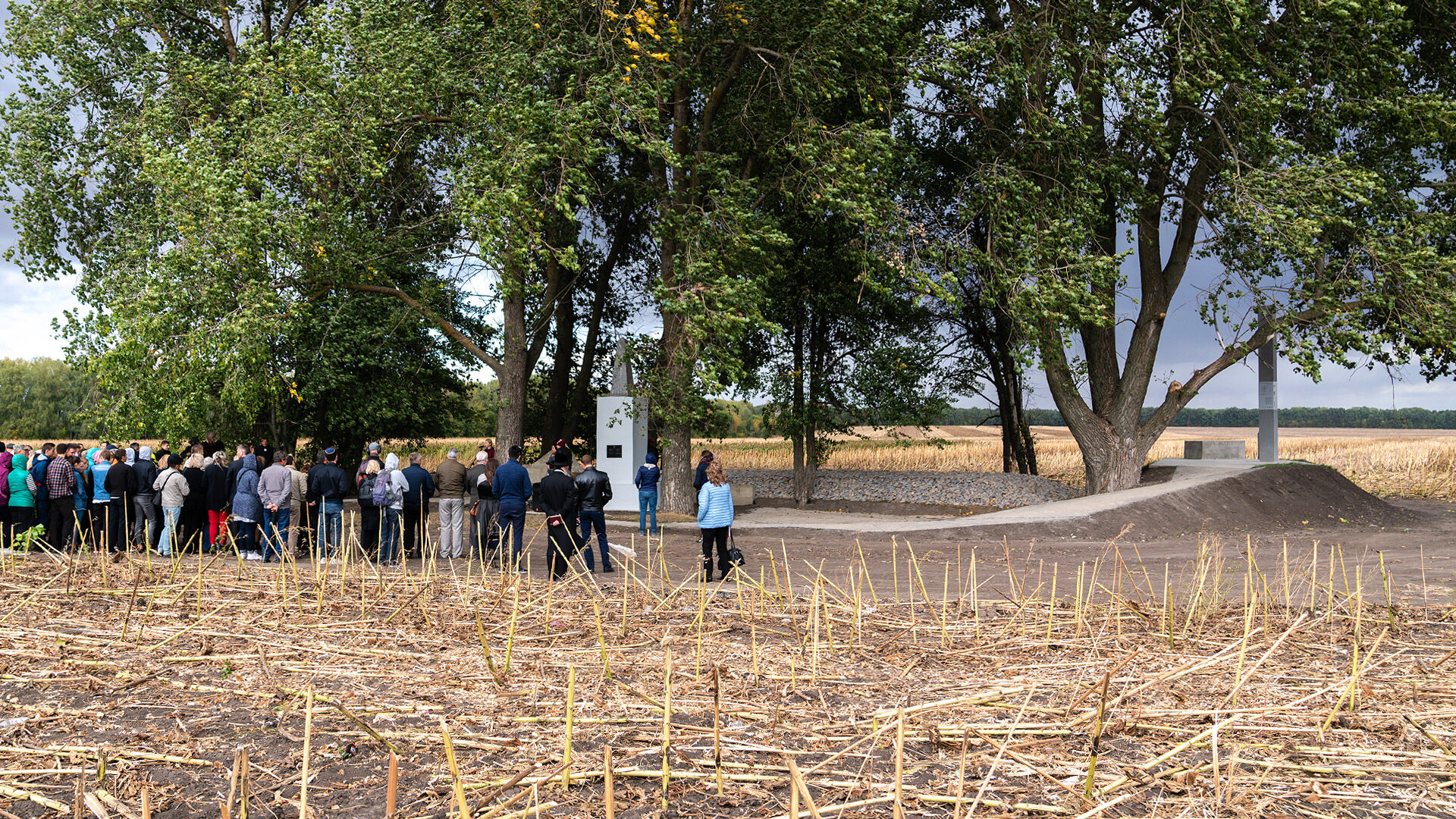 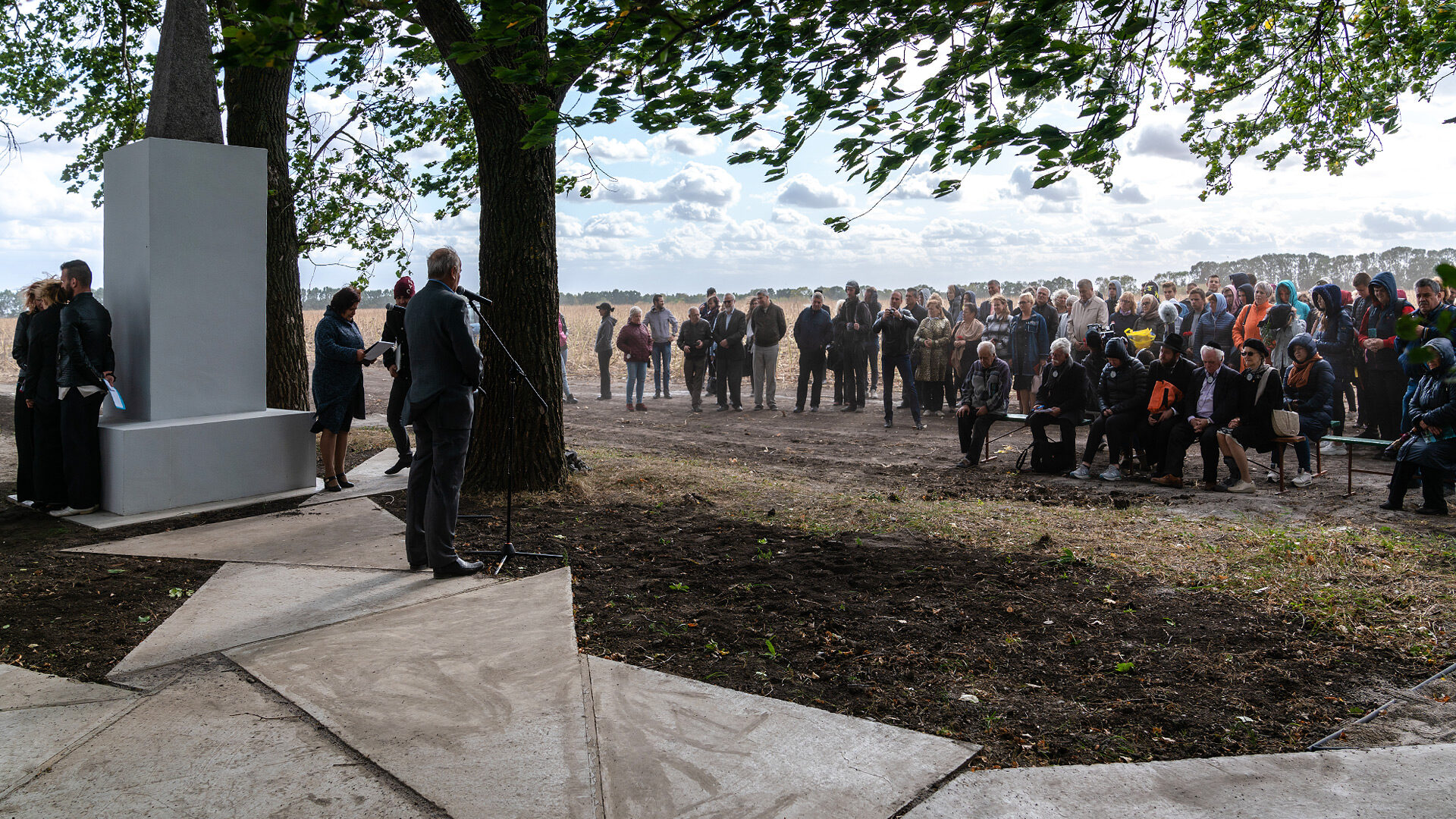 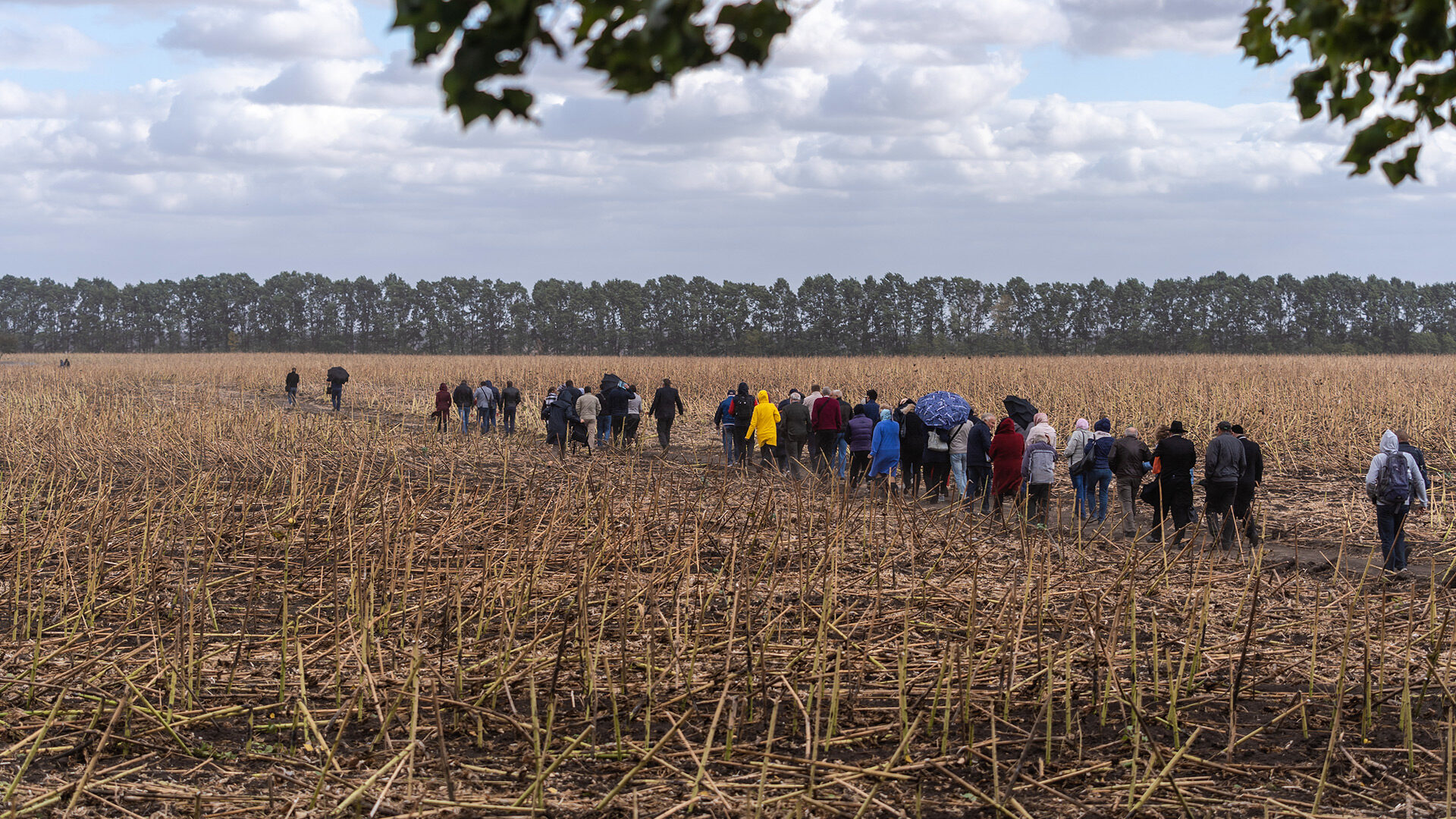 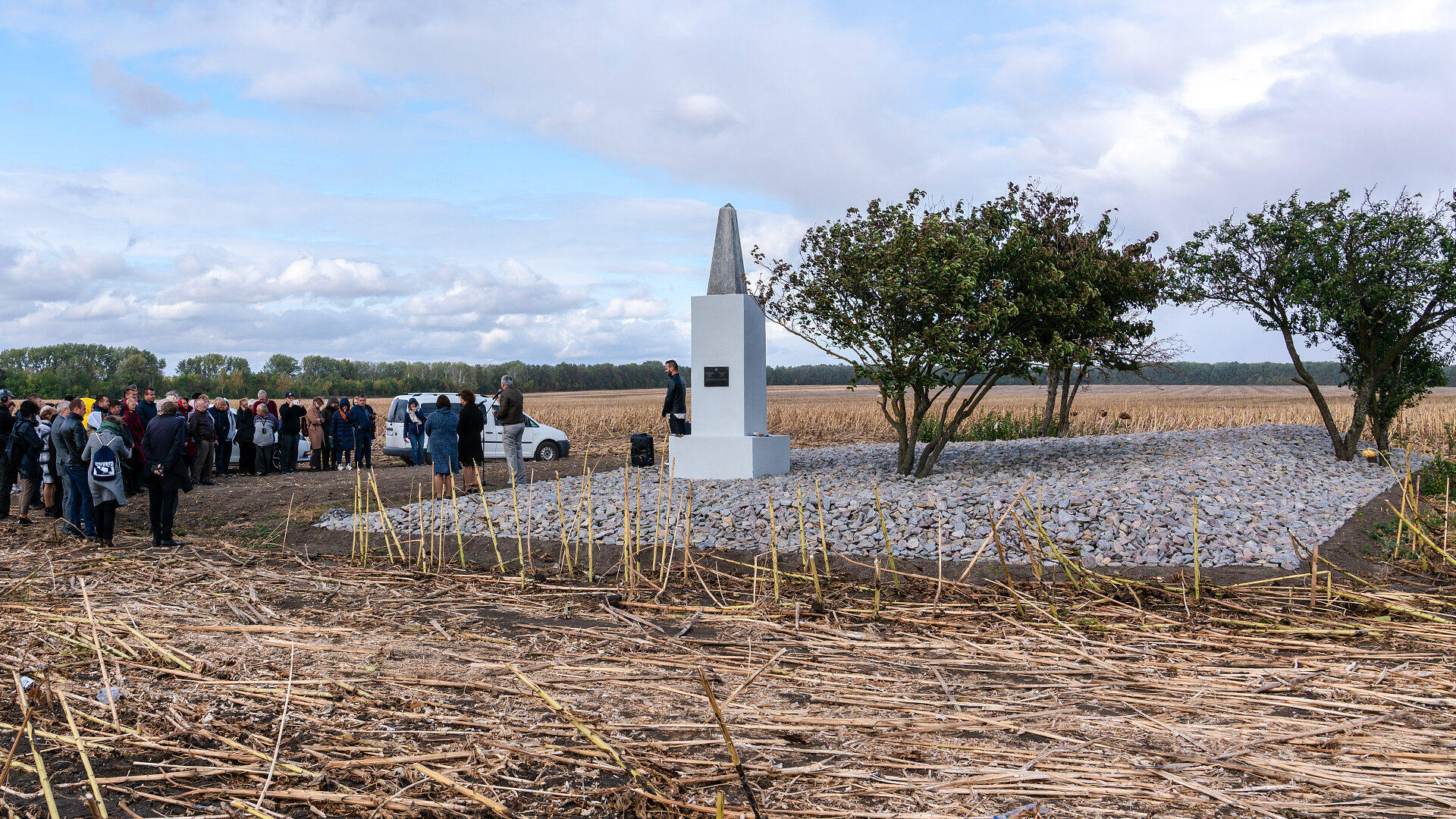 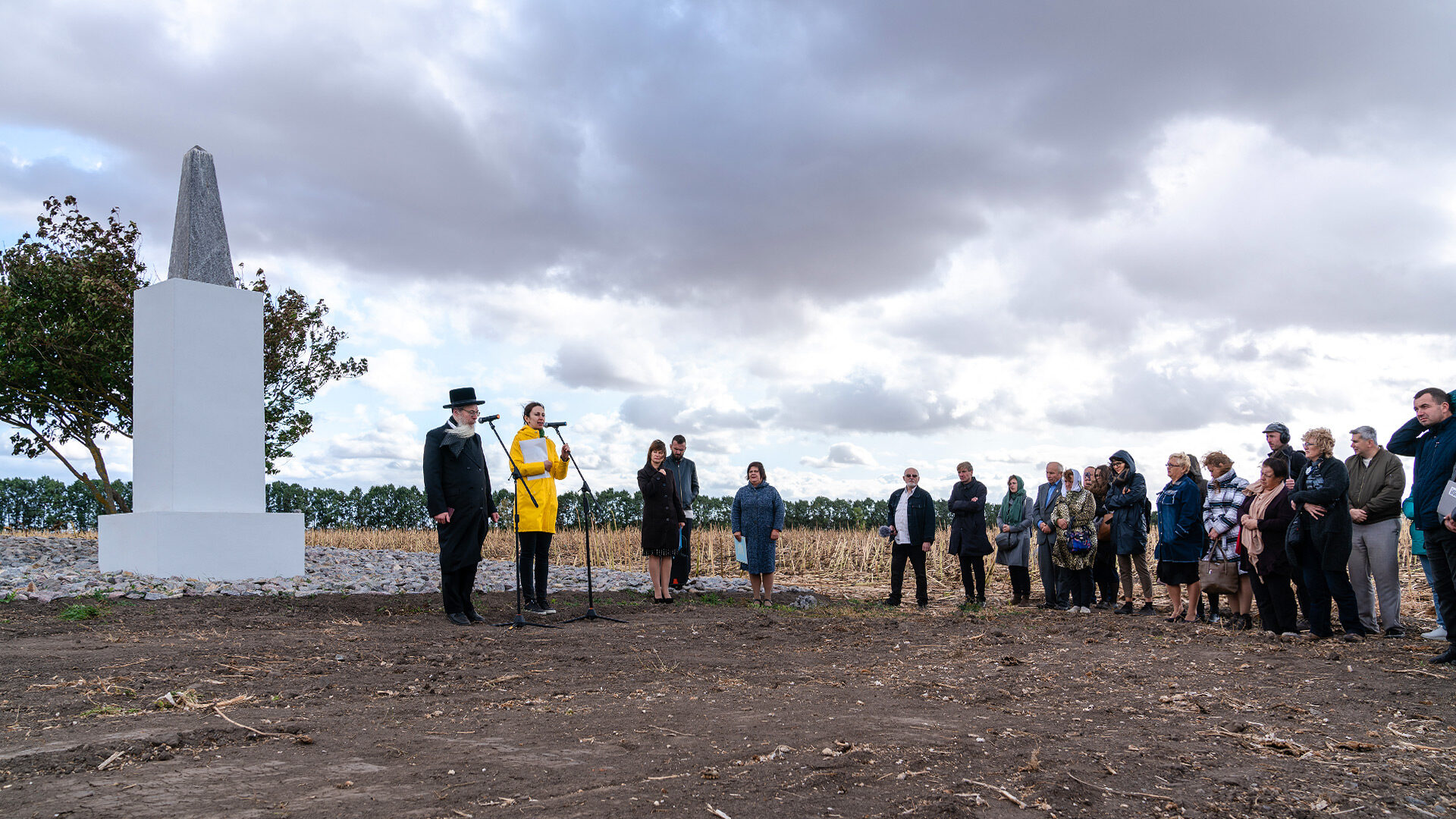 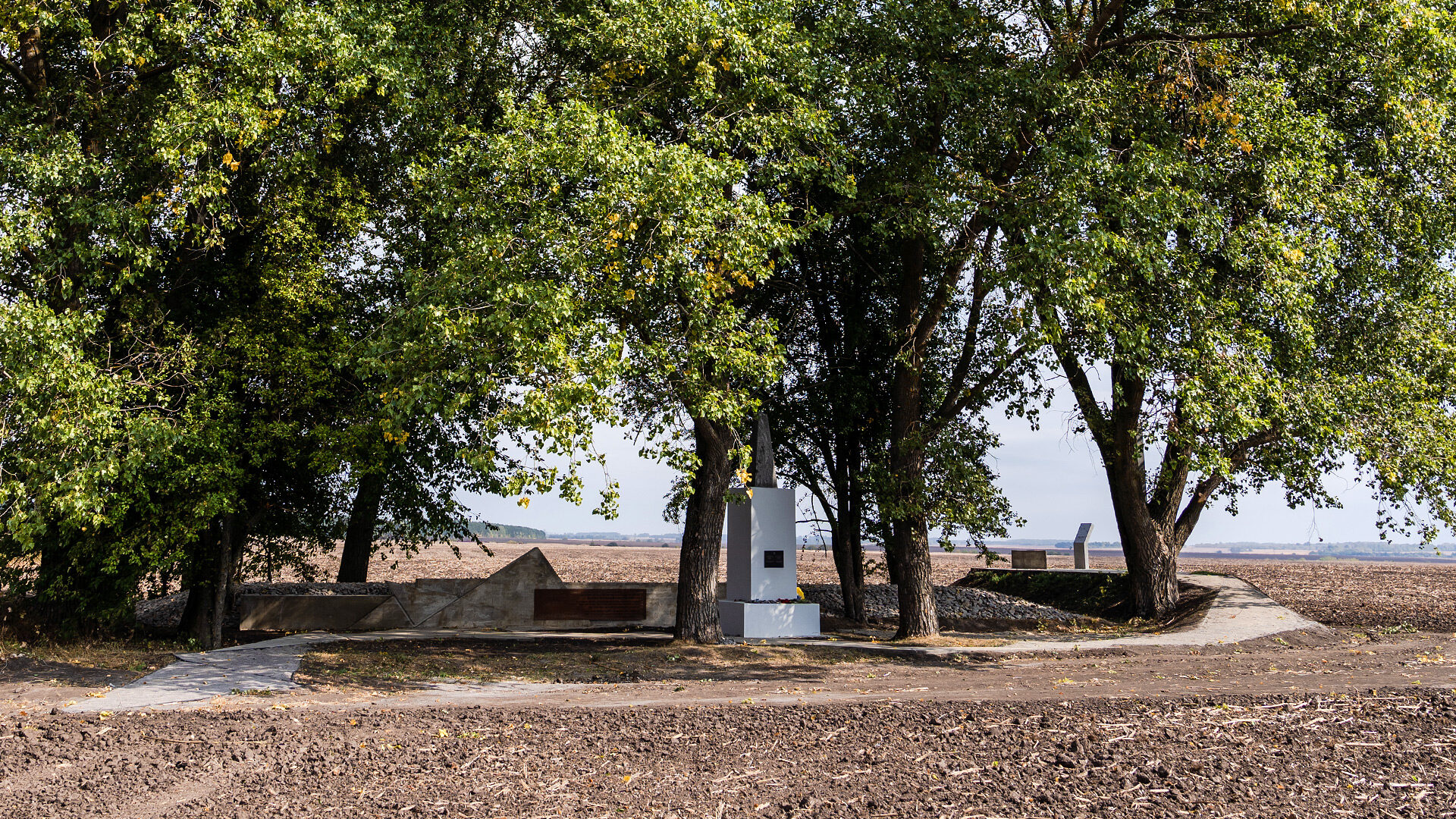 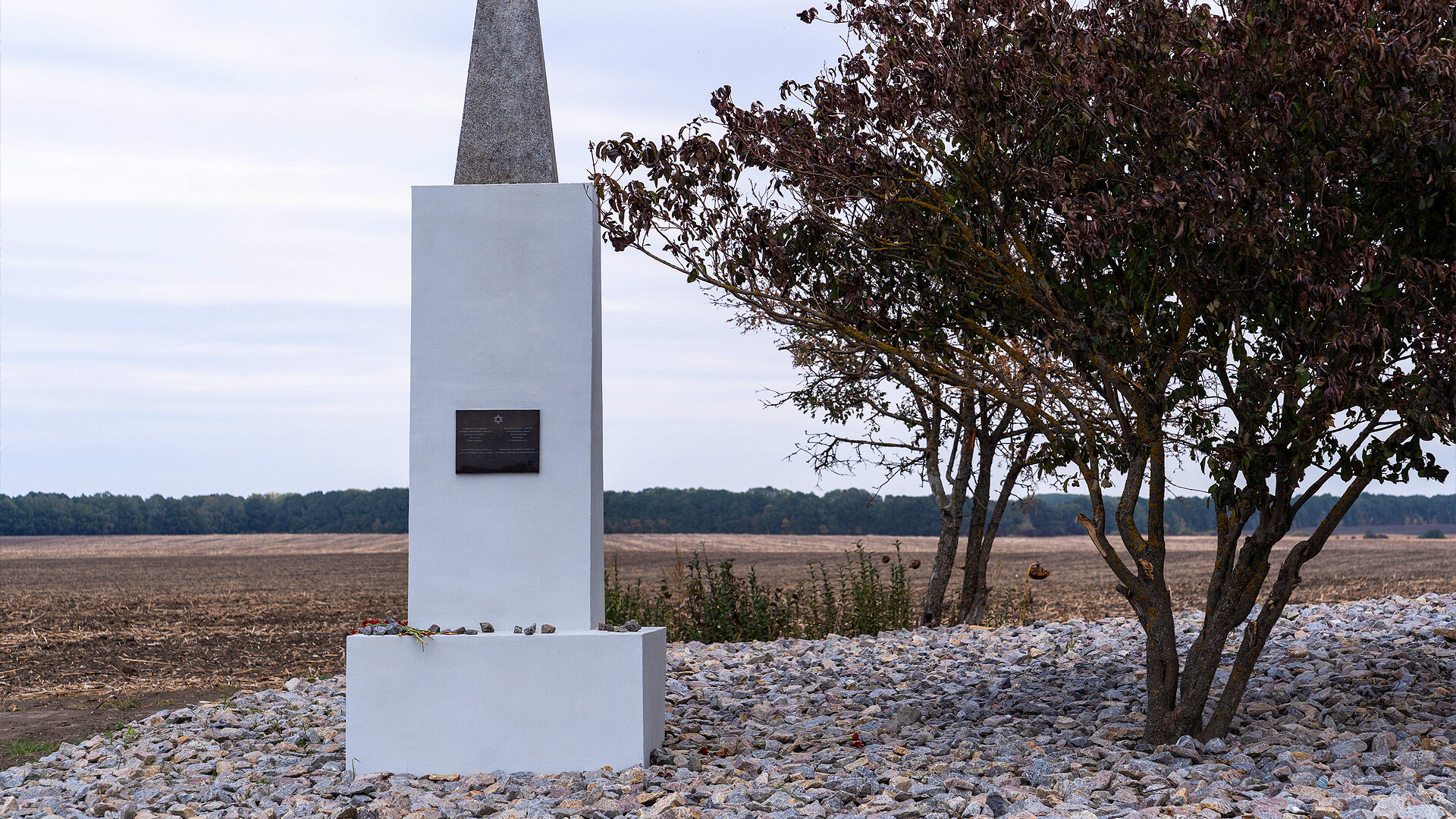 Starting at the end of April 1942, German security forces, supported by local police, shot over 950 Jews in a field near Lypovets and hastily buried them in two mass graves. To remember the annihilation, obelisks were erected here in the 1950s at the initiative of Holocaust survivor Leontii Usharenko. Usharenko had been pulled out of the pit at the last minute and witnessed the murder of his family and friends. One of the mass graves was somewhat protected by large trees and a mound of earth, whereas the other was increasingly at risk of damage due to agricultural work. In 2019, two memorial sites were constructed on the plot of the mass graves of the Jewish victims. They were officially opened that September. 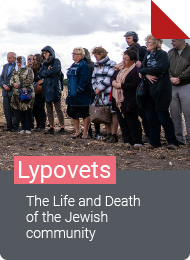 Lypovets. The Life and Death of the Jewish community (essay)
How to get to the burial place?