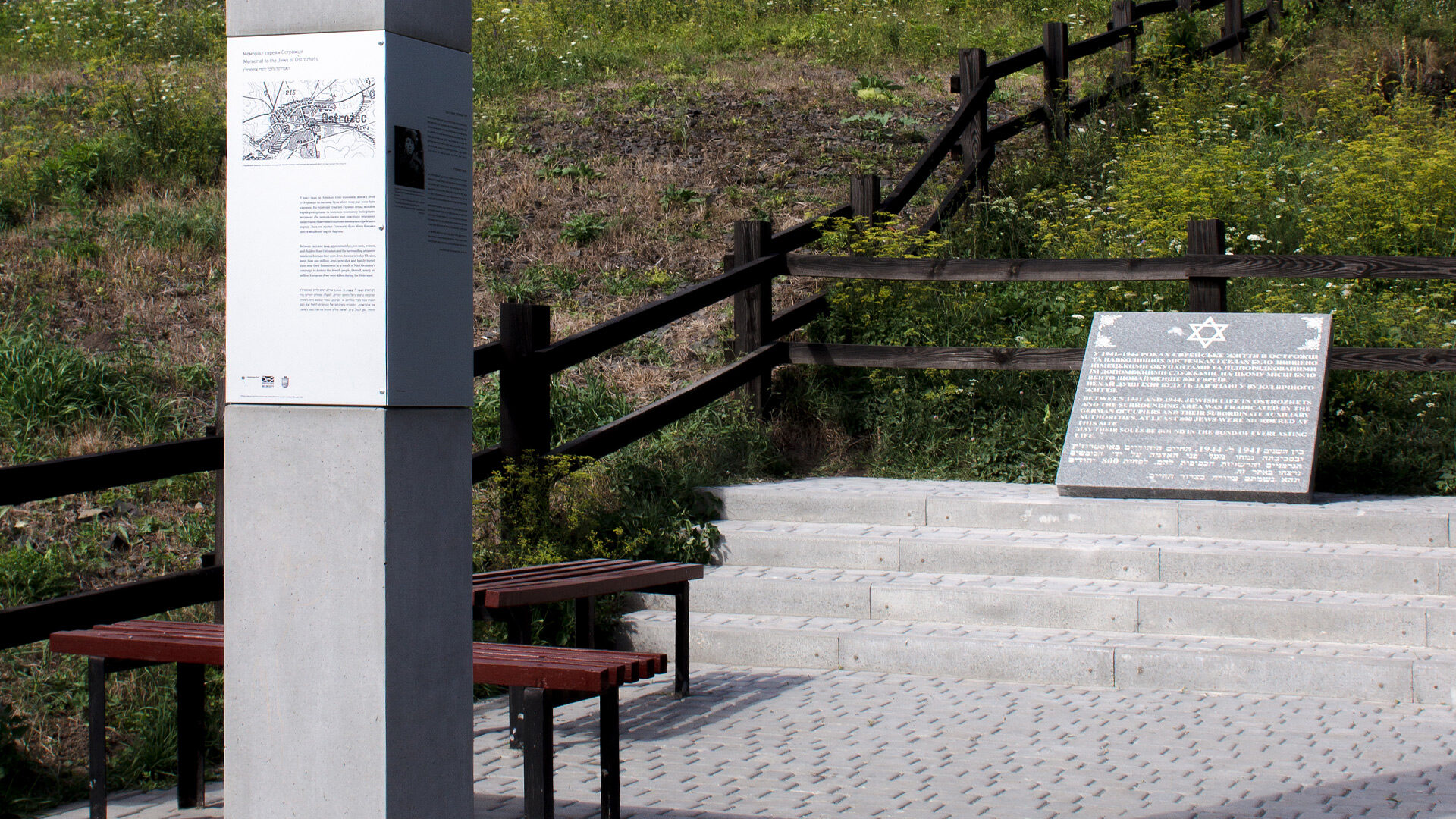 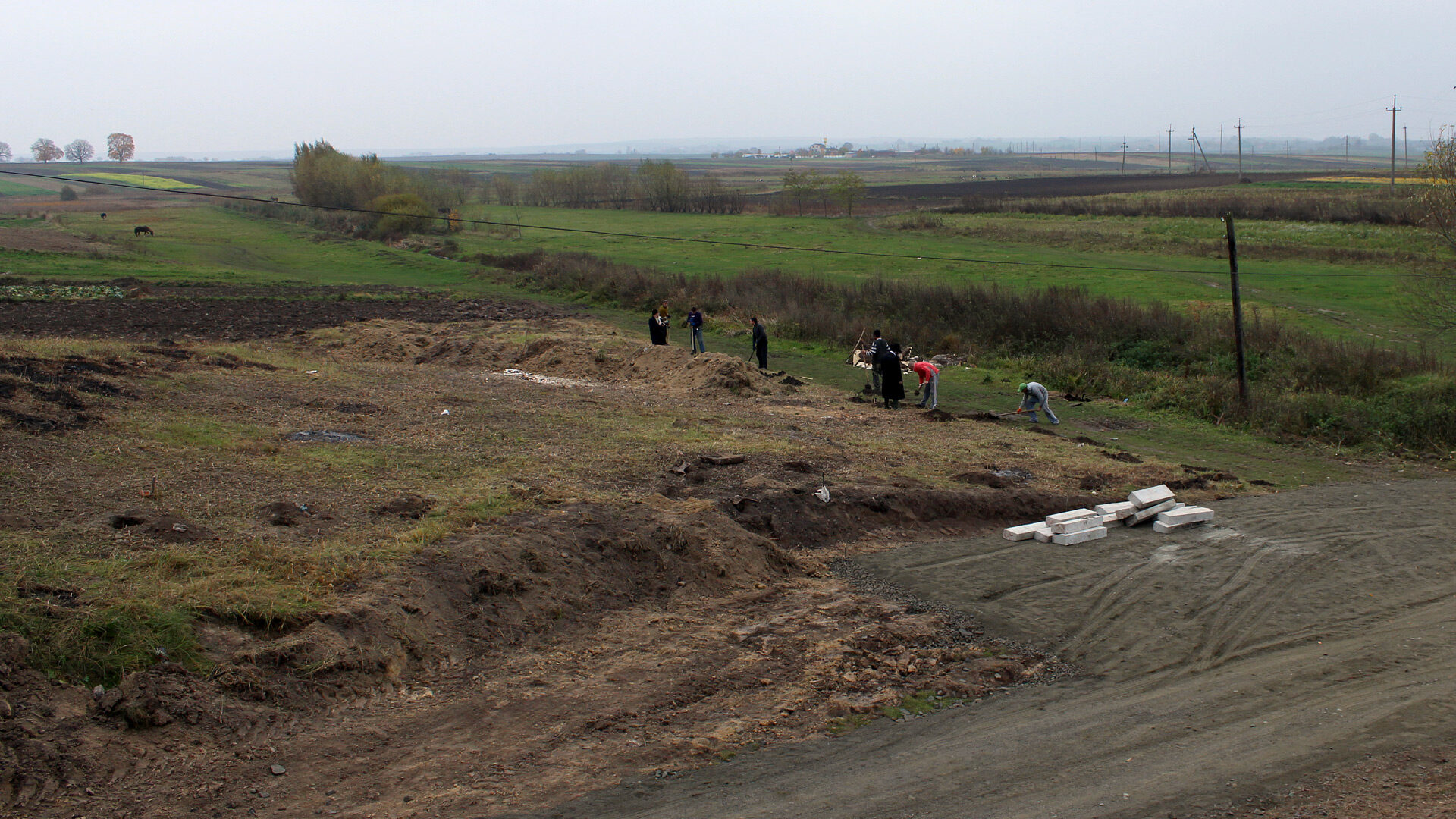 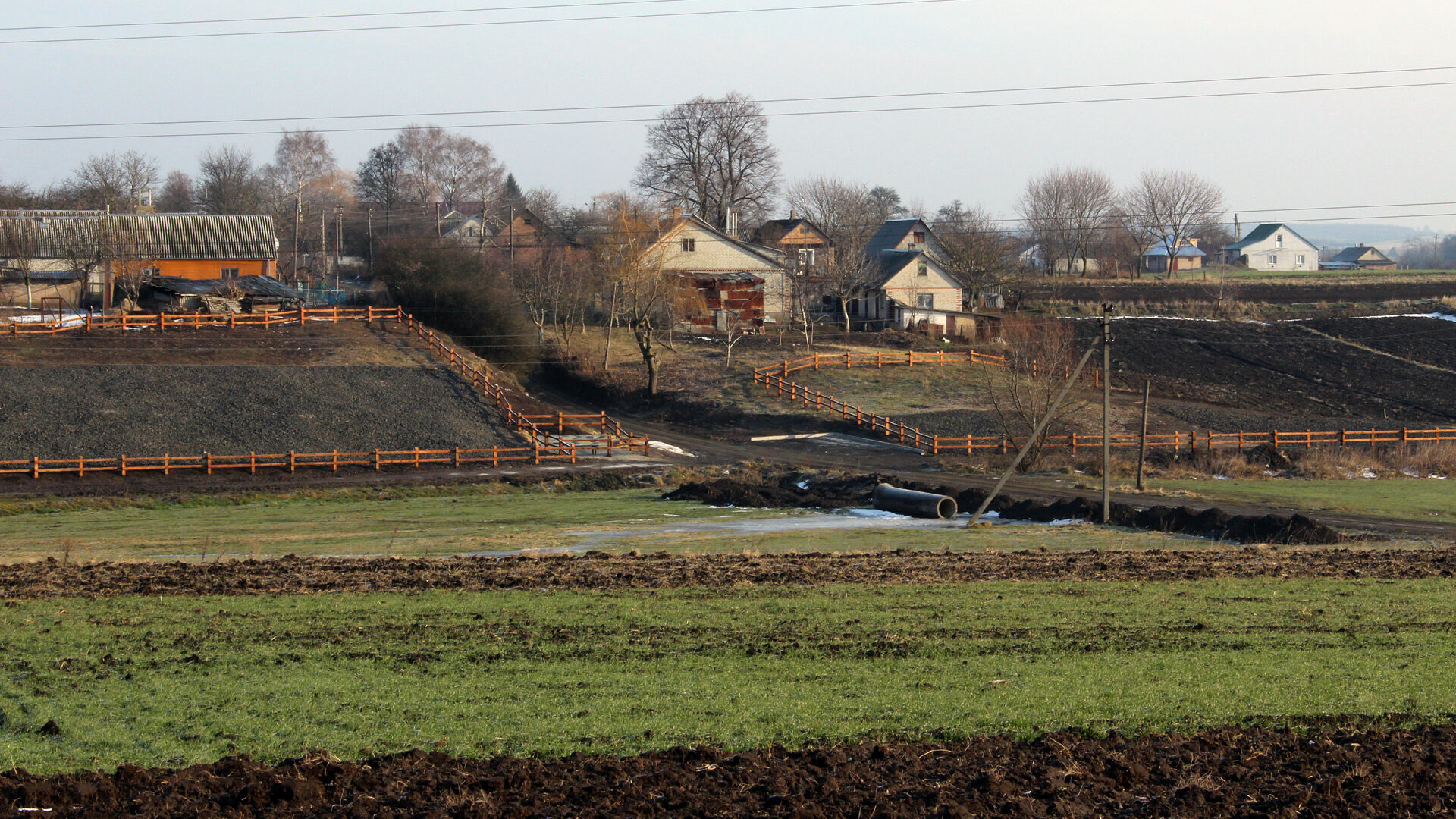 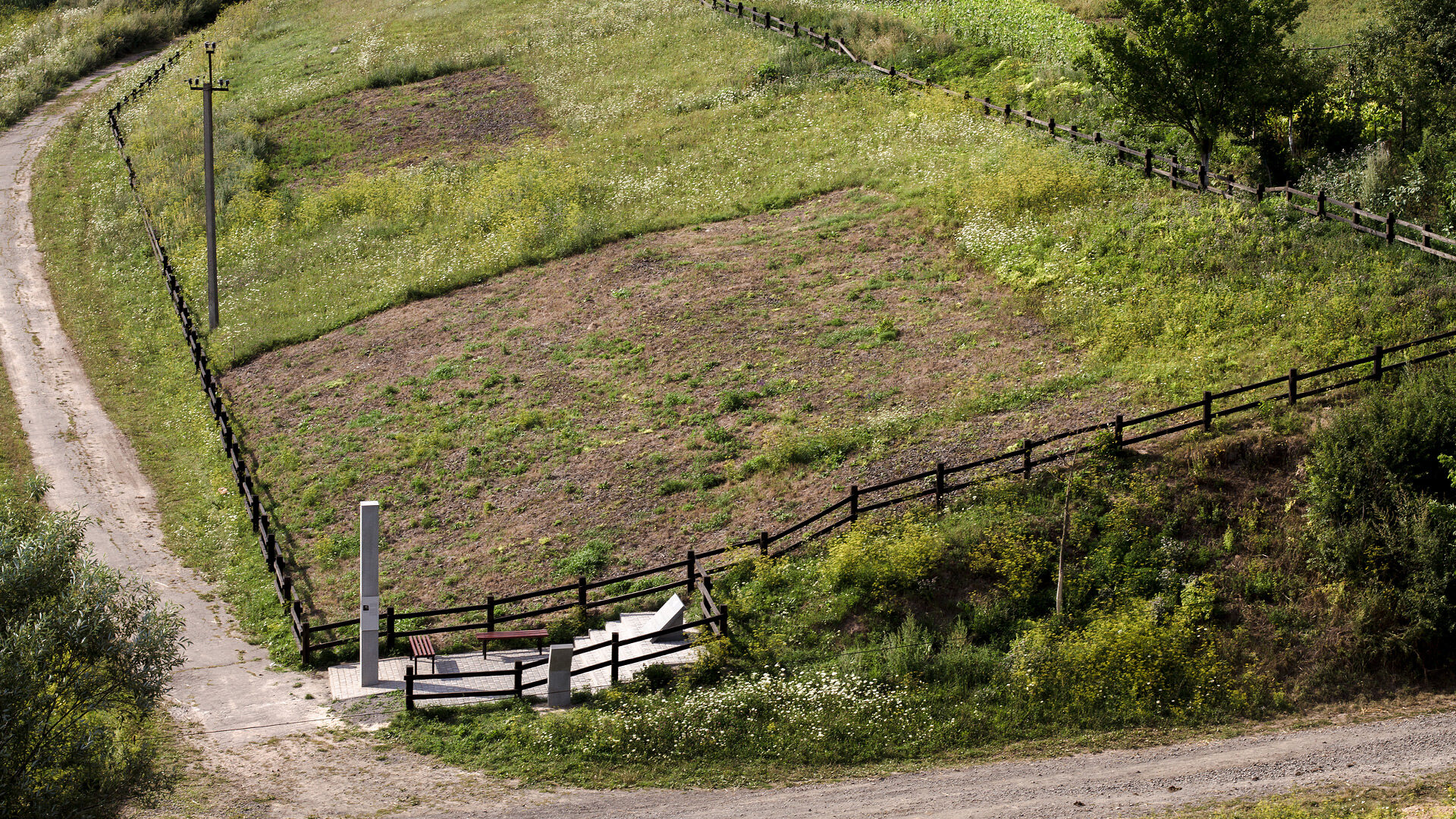 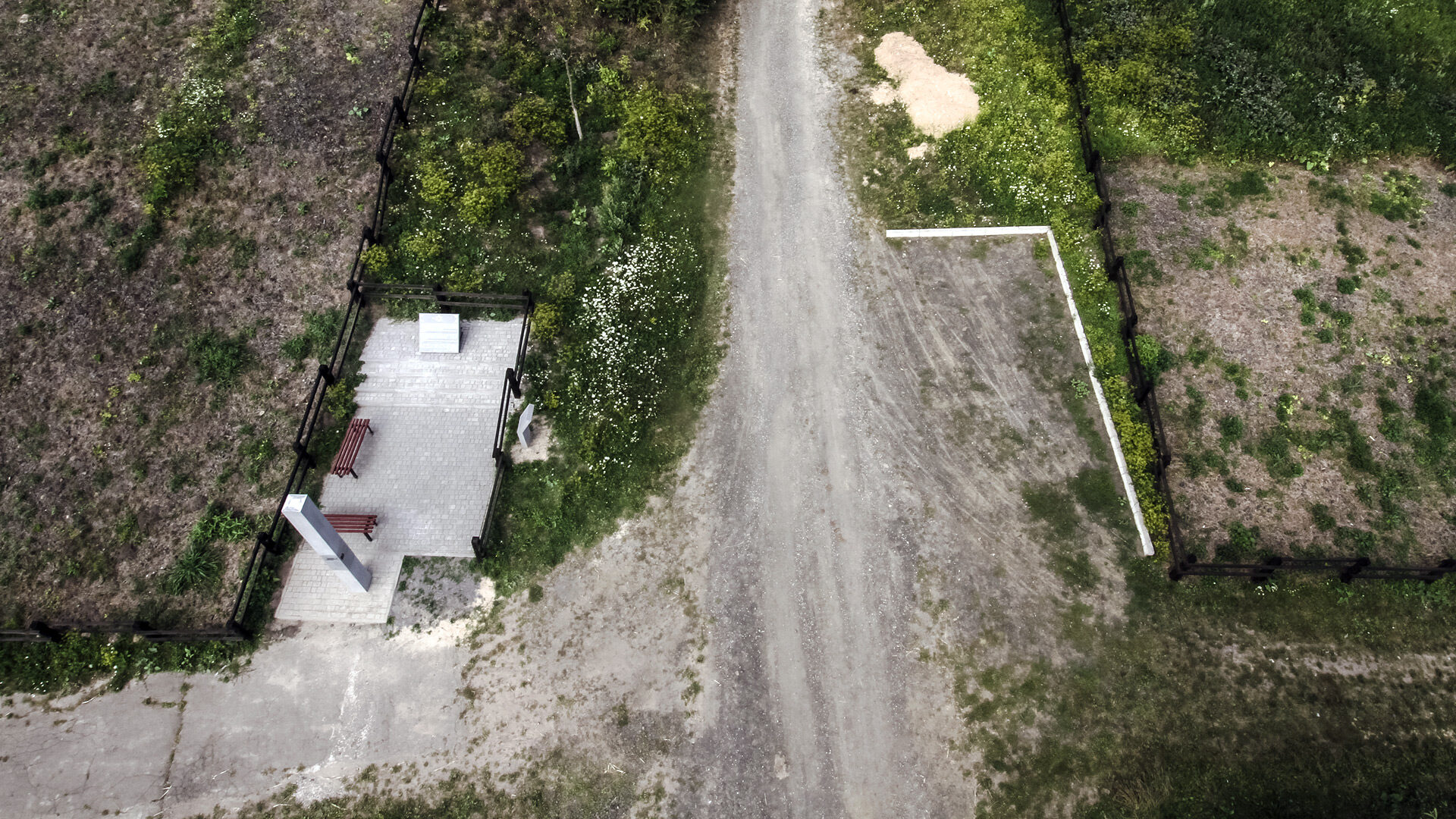 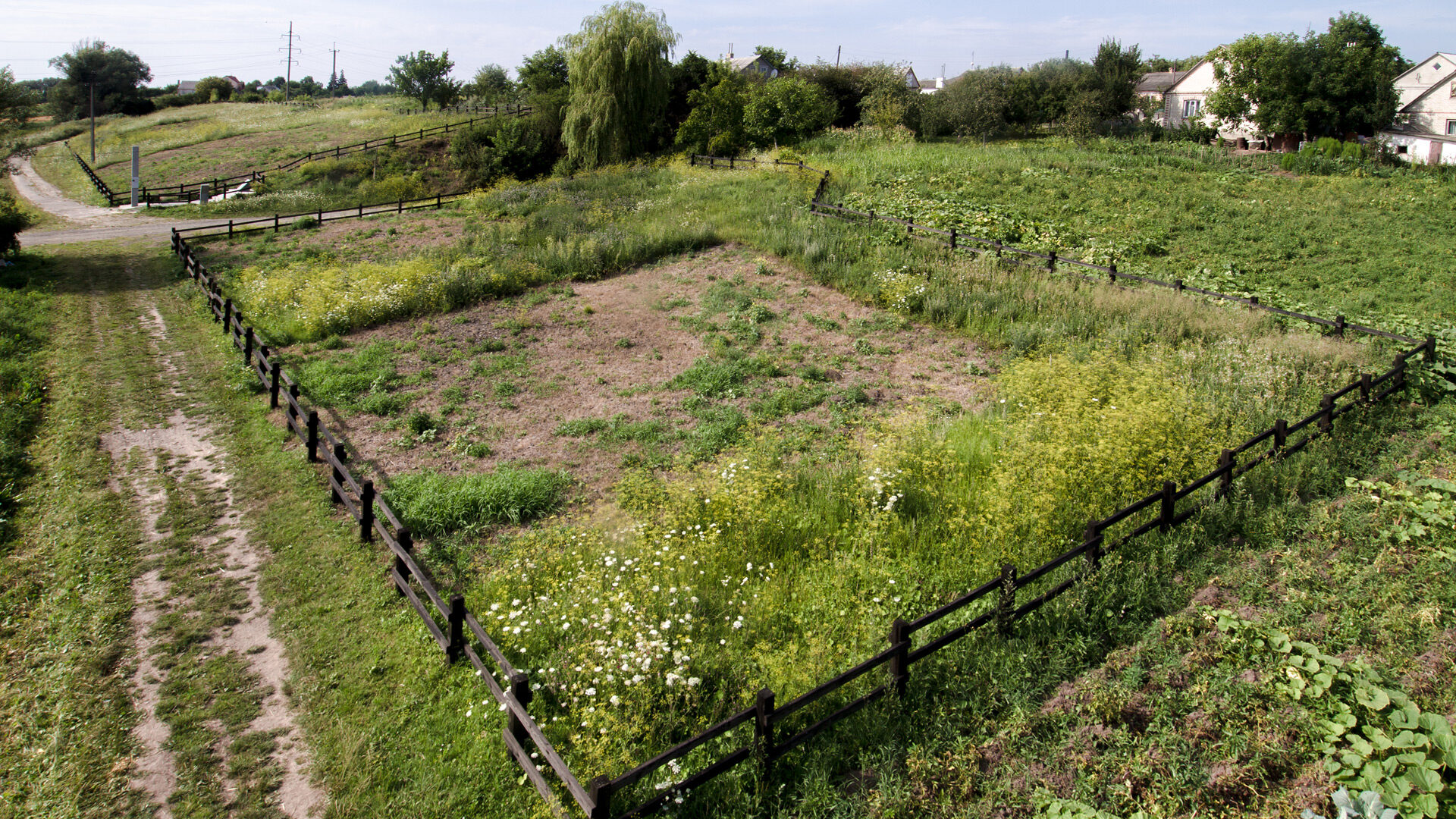 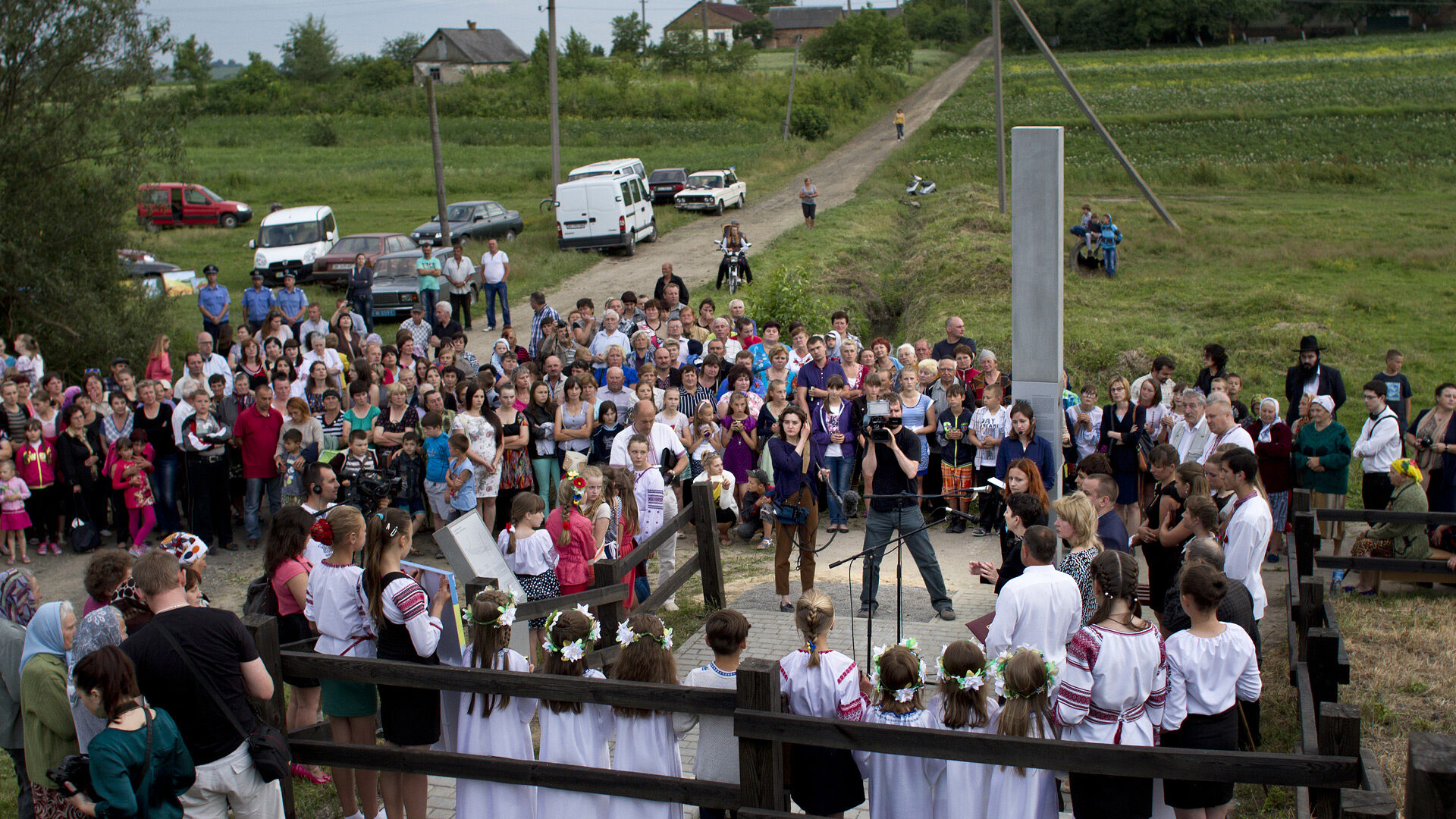 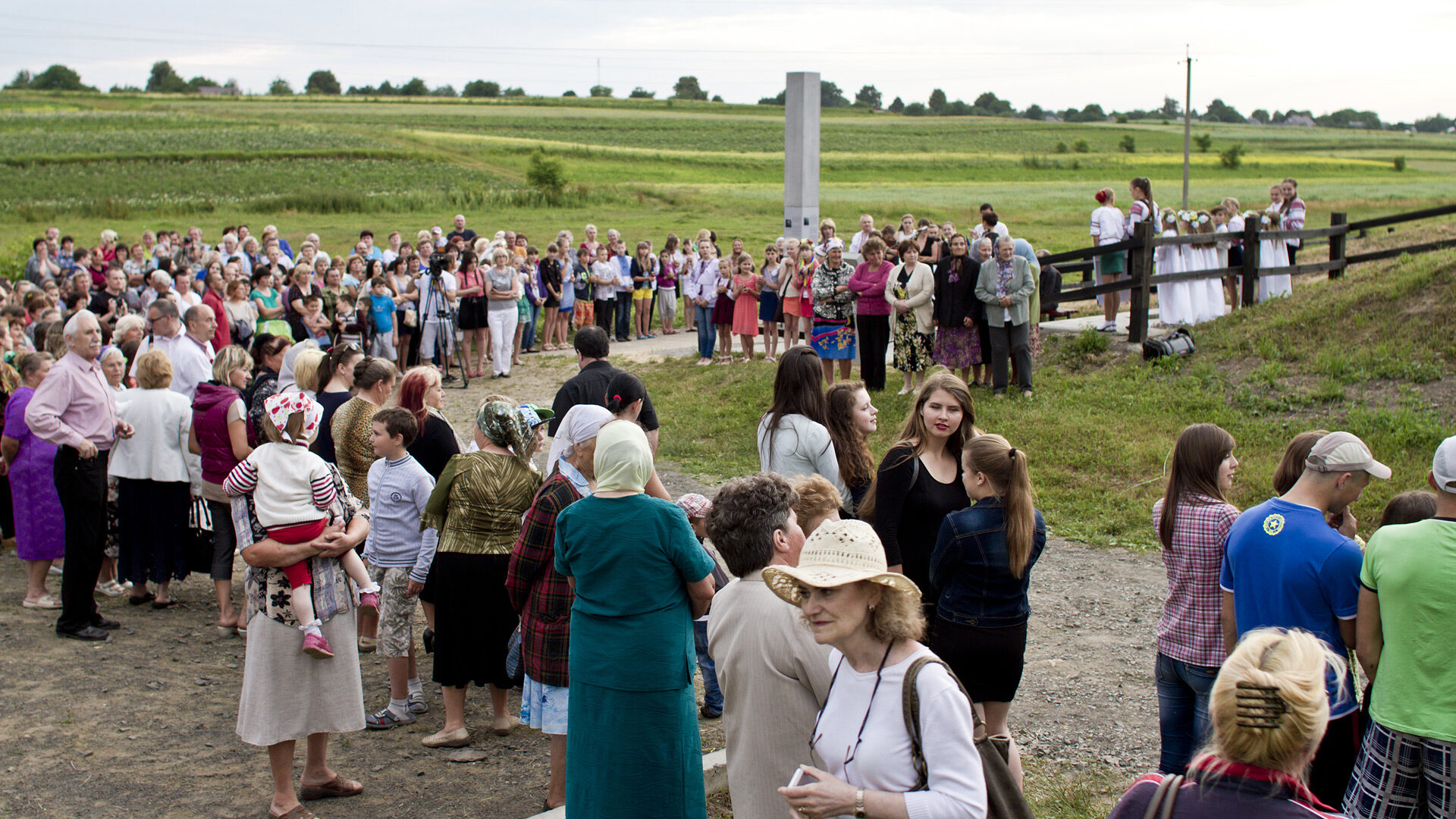 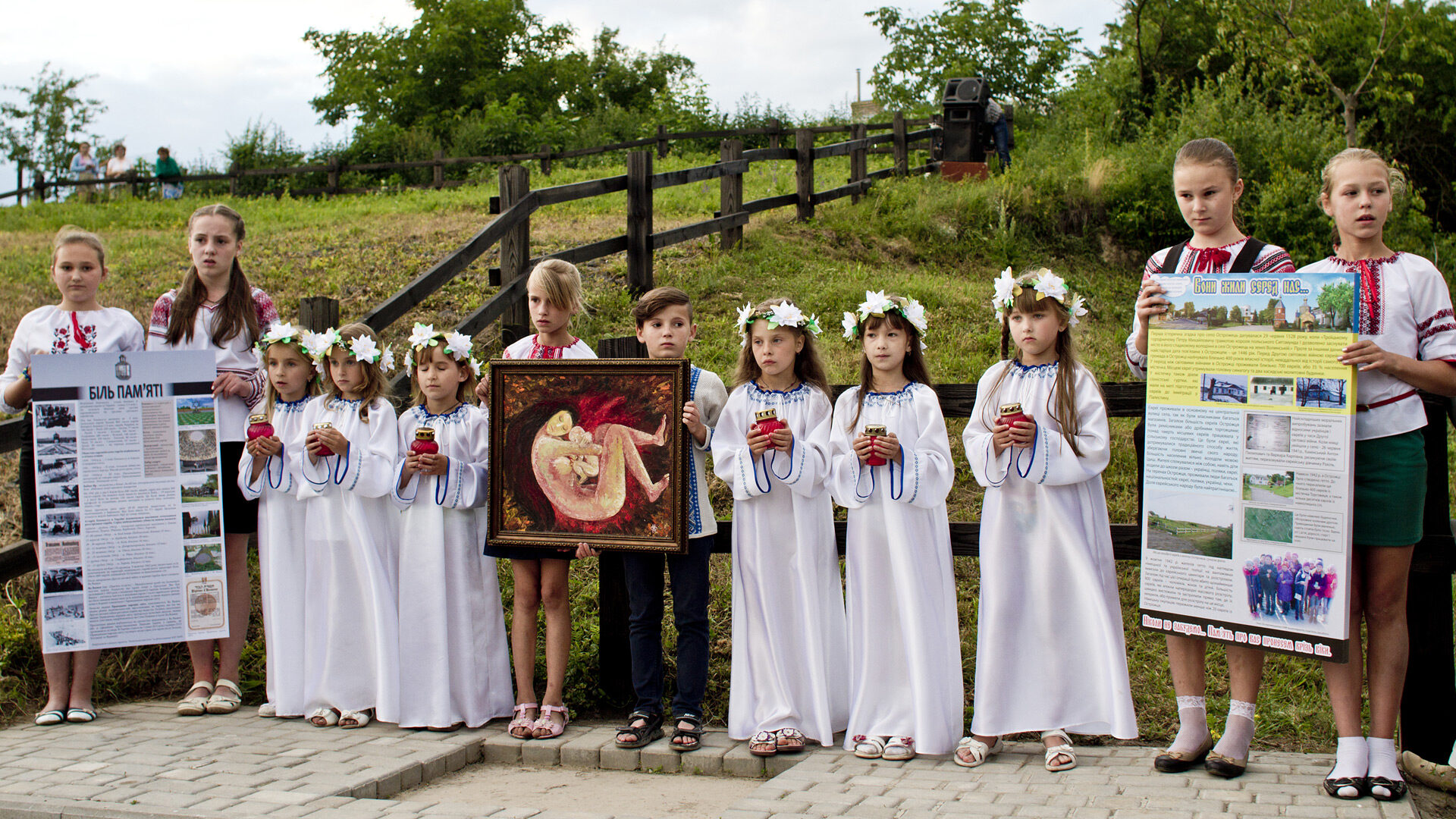 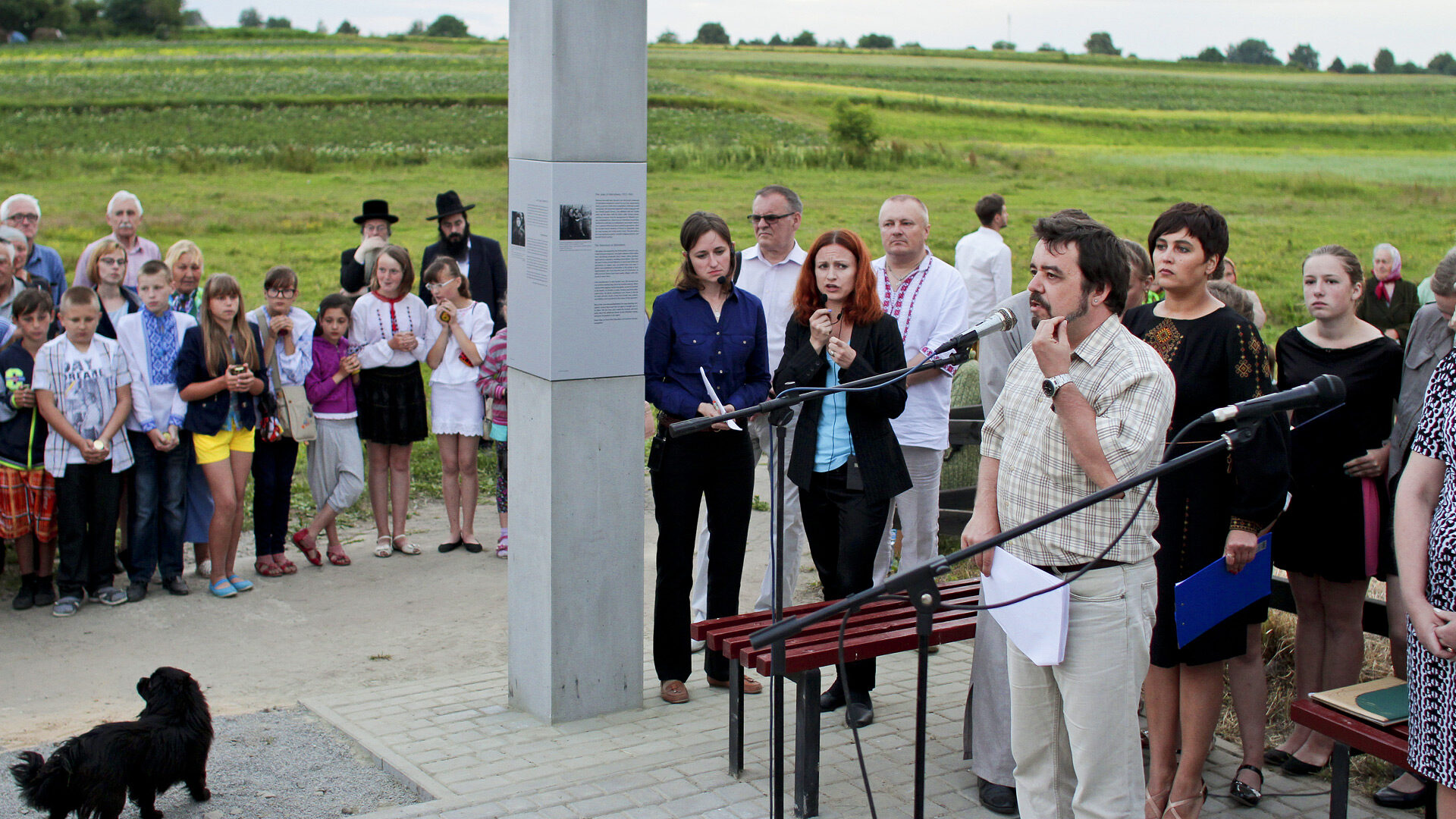 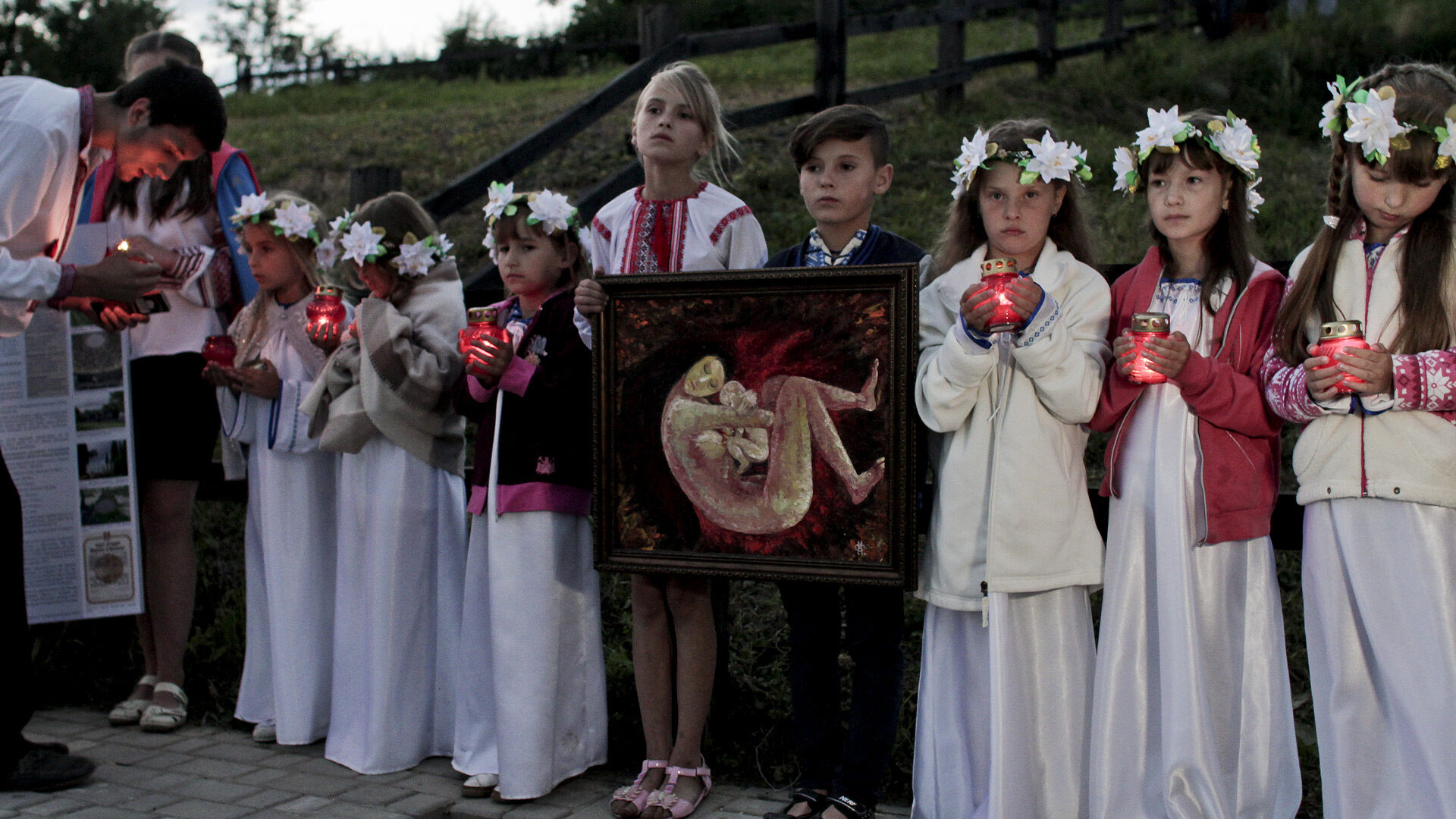 On 9 October 1942, some 800 Jews from the Ostrozhets ghetto were shot on the edge of the village. The victims, among whom were Jews from neighbouring Torhovytsia, were hastily buried in pits prepared in advance in the Jewish cemetery. After the war, there was nothing here to recall the Jews. Erosion and the construction of a road through the site resulted in changes to the topography and possibly caused the partial destruction of one of the graves. Part of the area was used for agriculture. The simple memorial site with information stela, constructed in 2013 and inaugurated in 2015, encompasses the presumed site of the mass graves as well as the former Jewish cemetery.