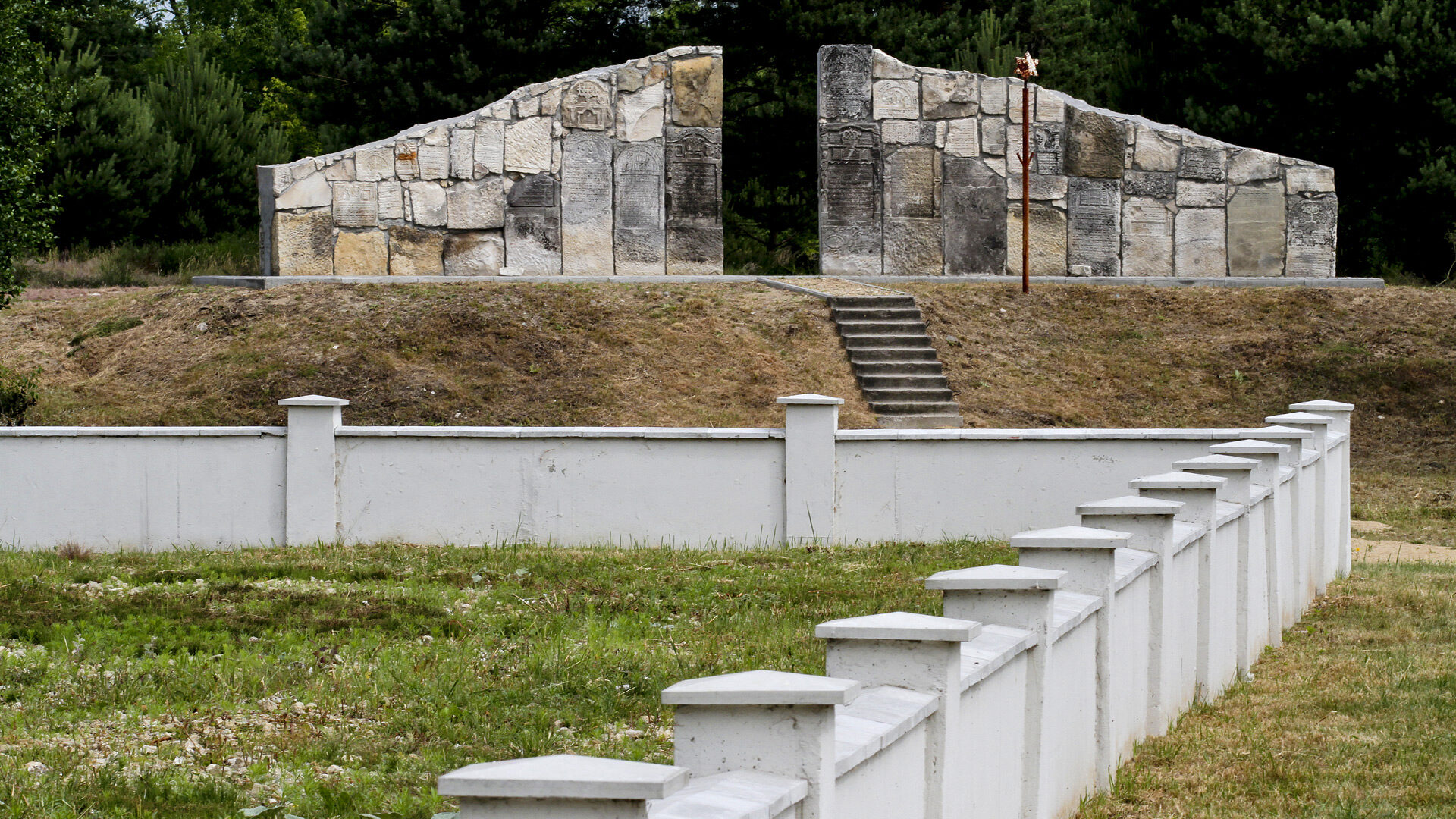 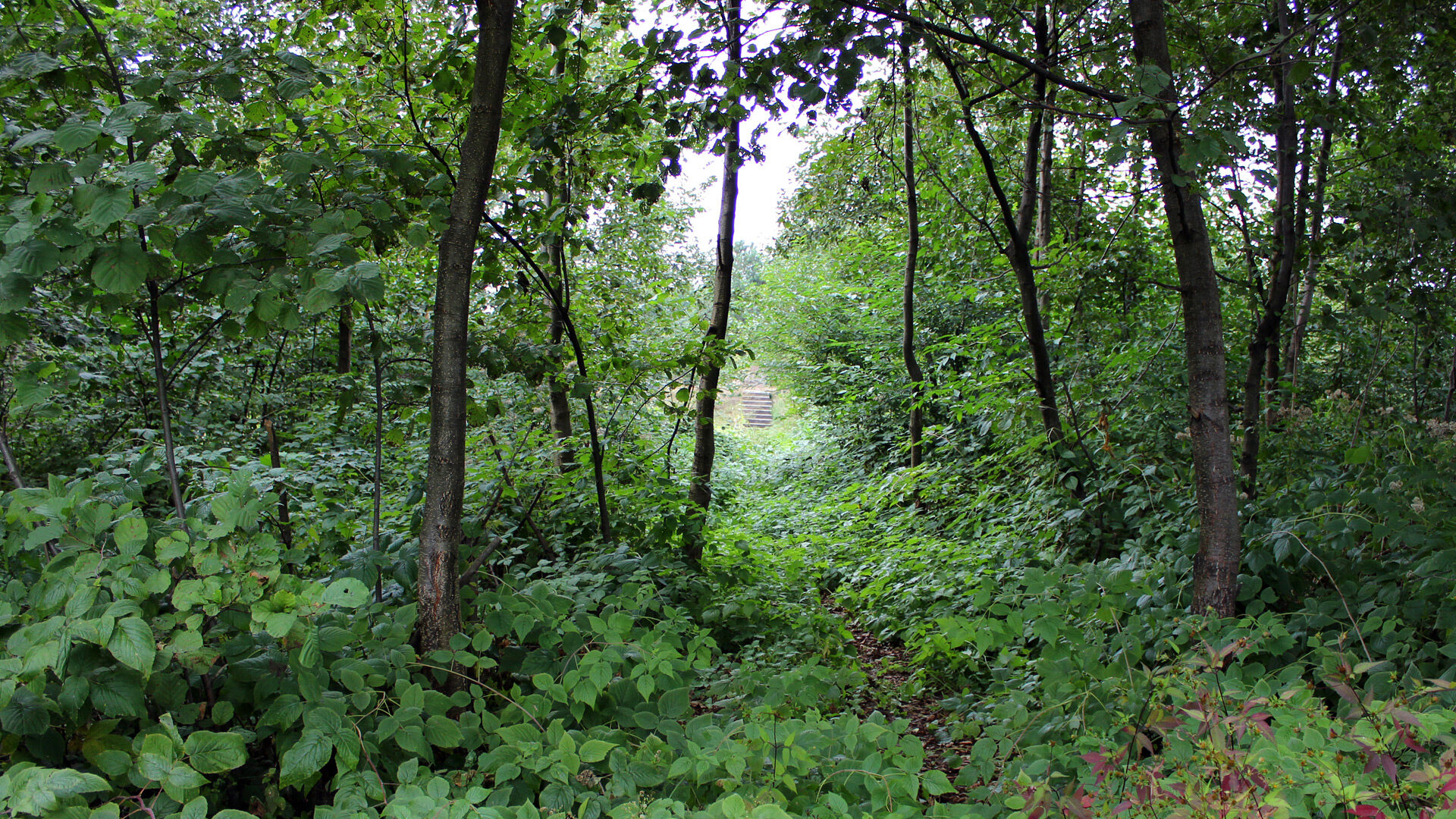 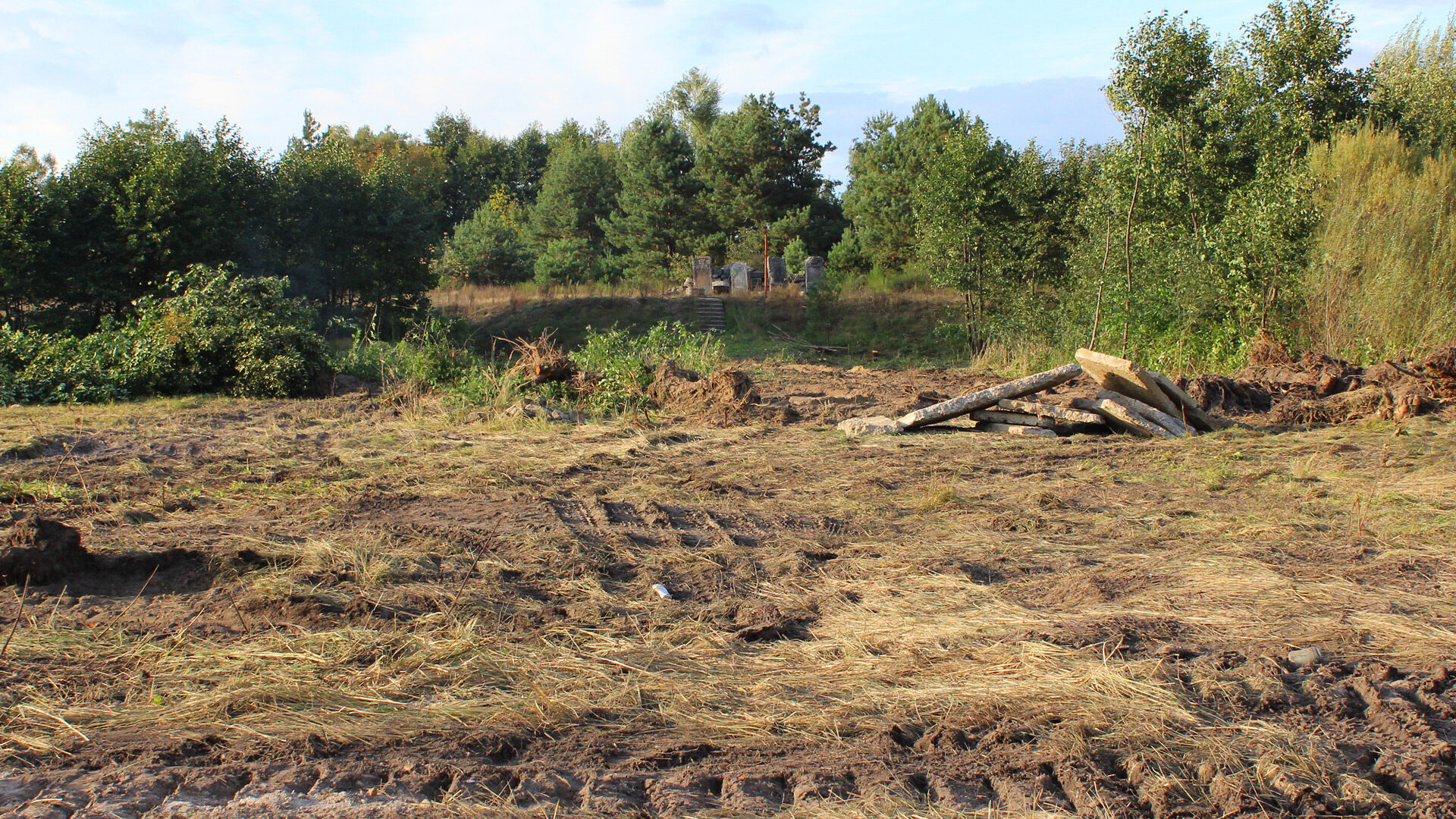 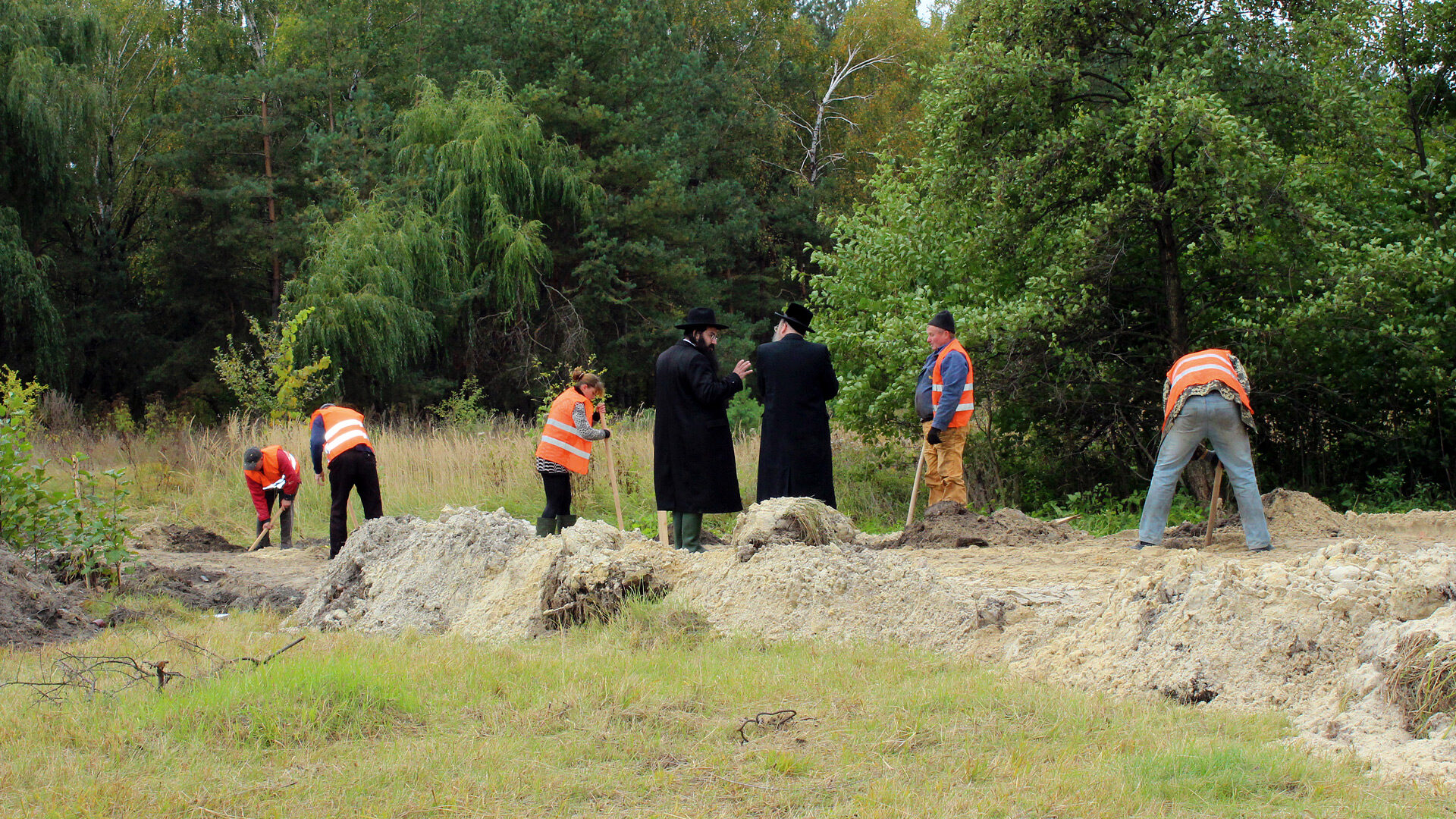 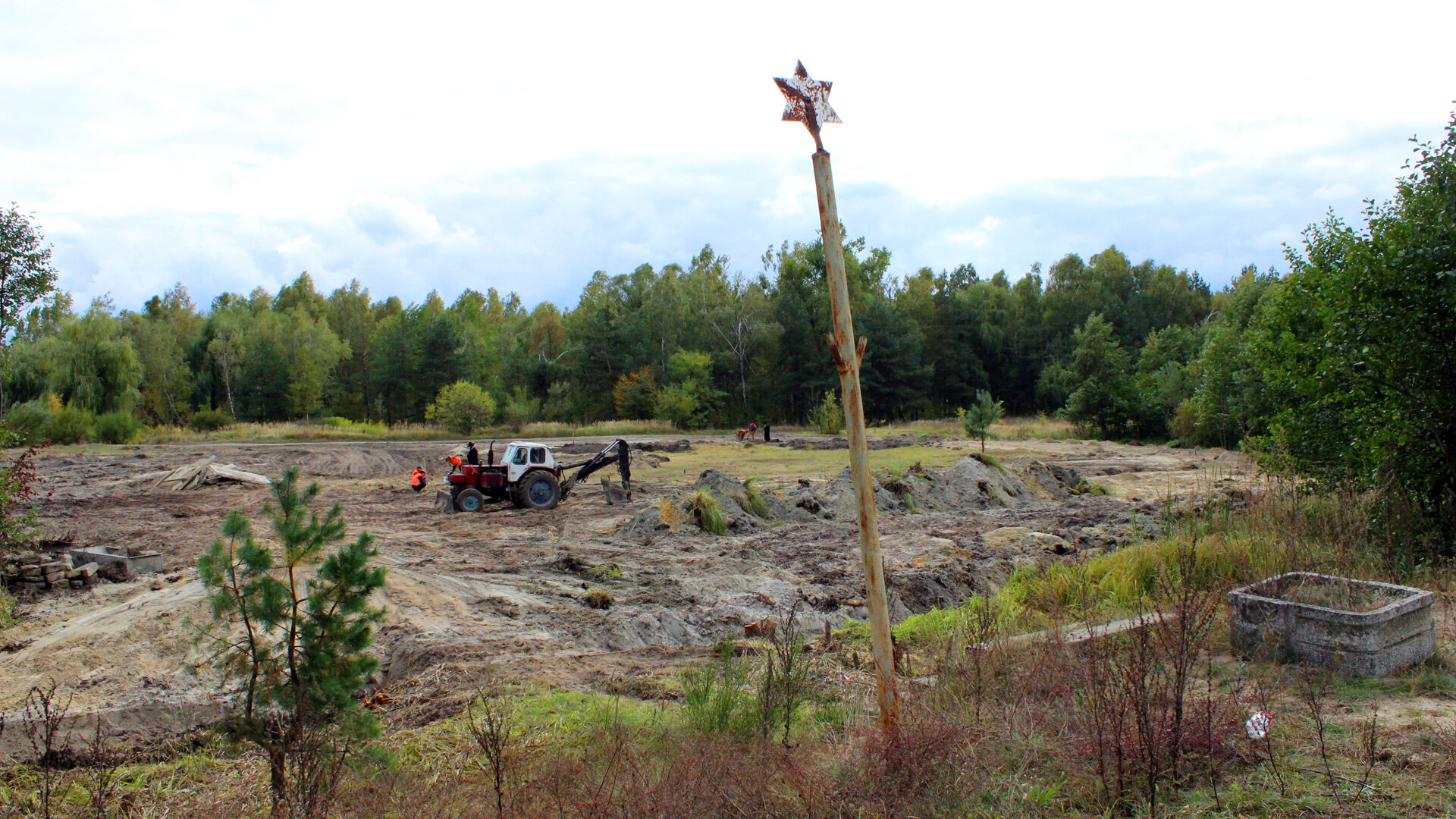 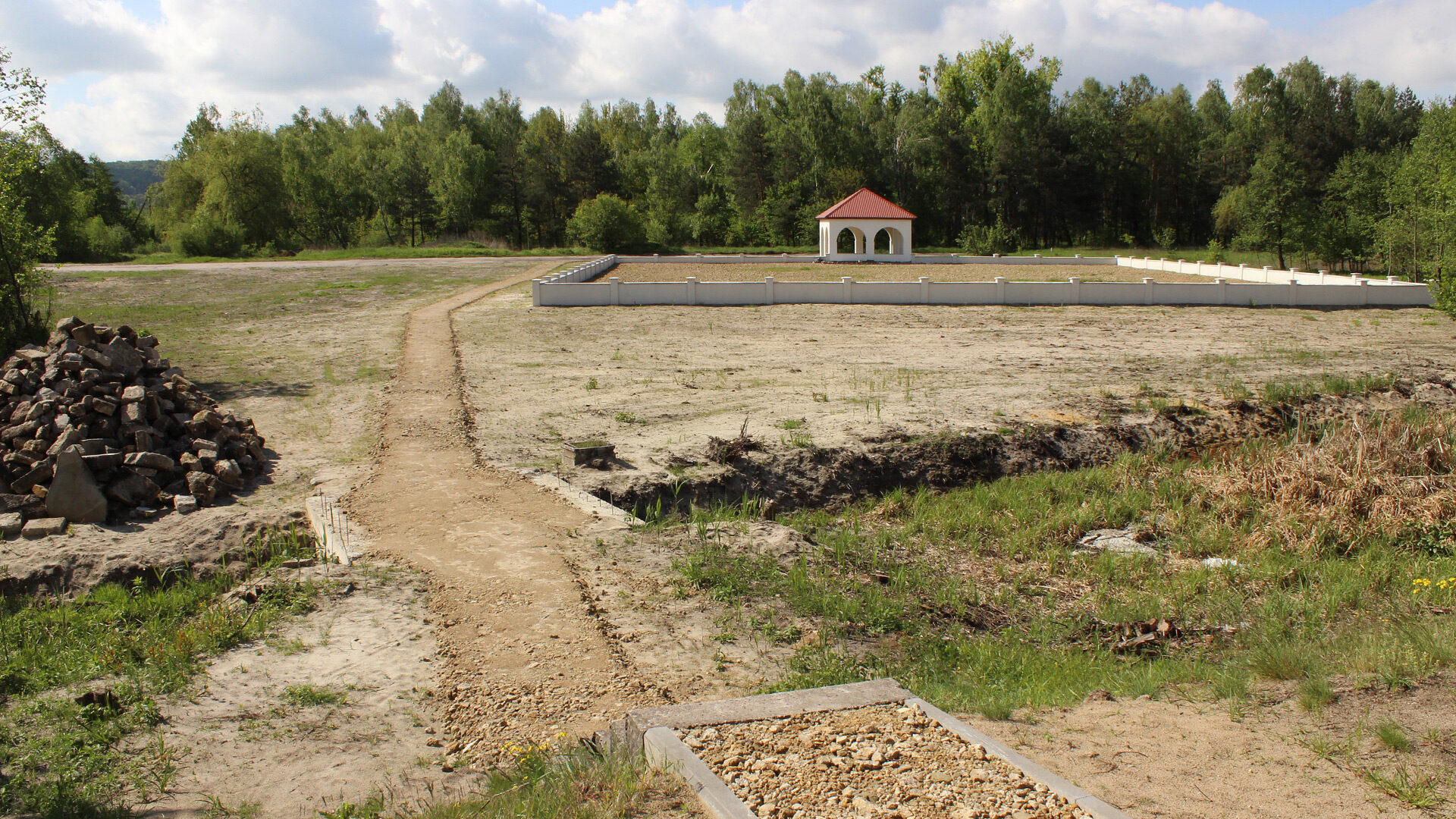 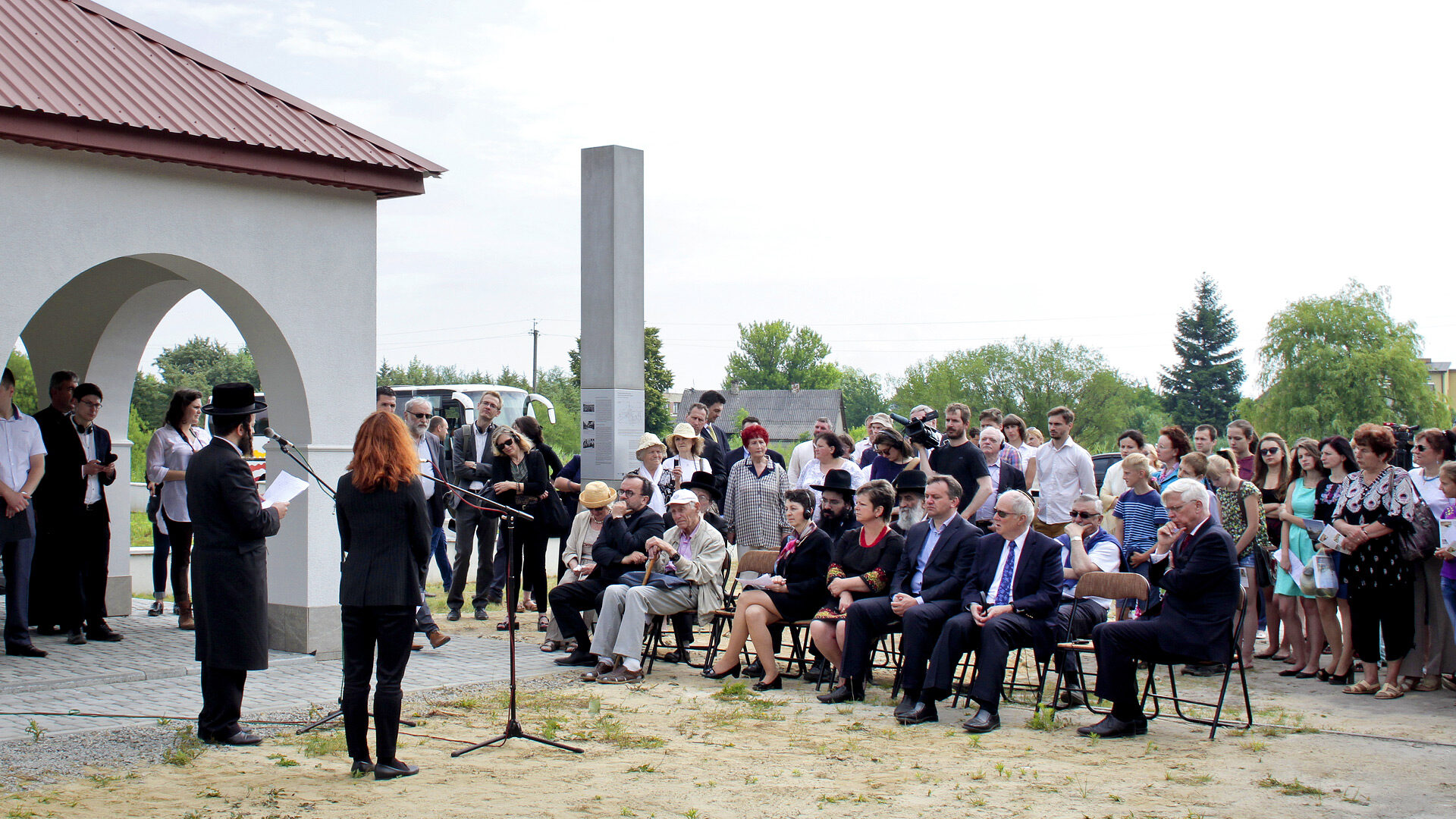 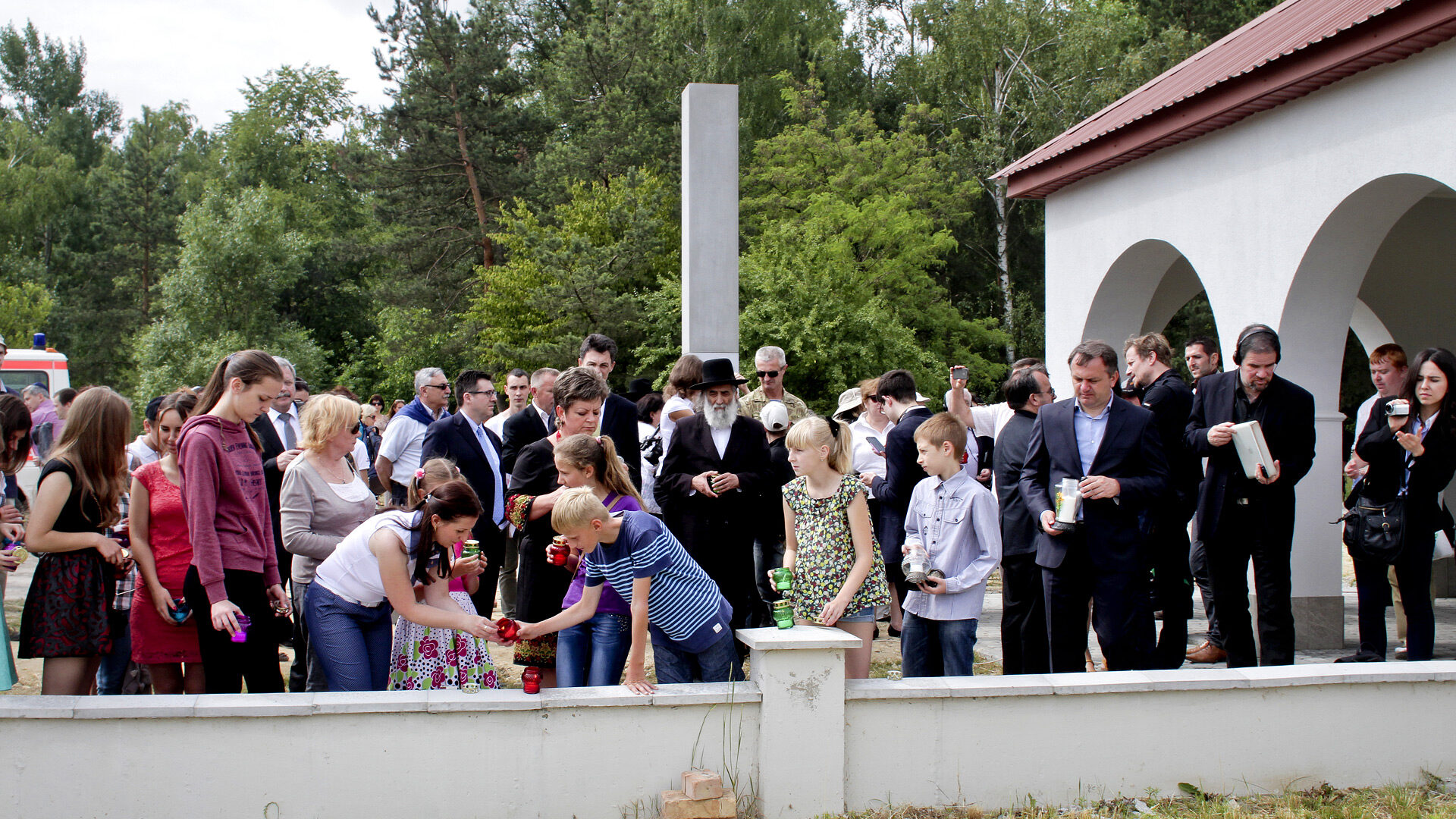 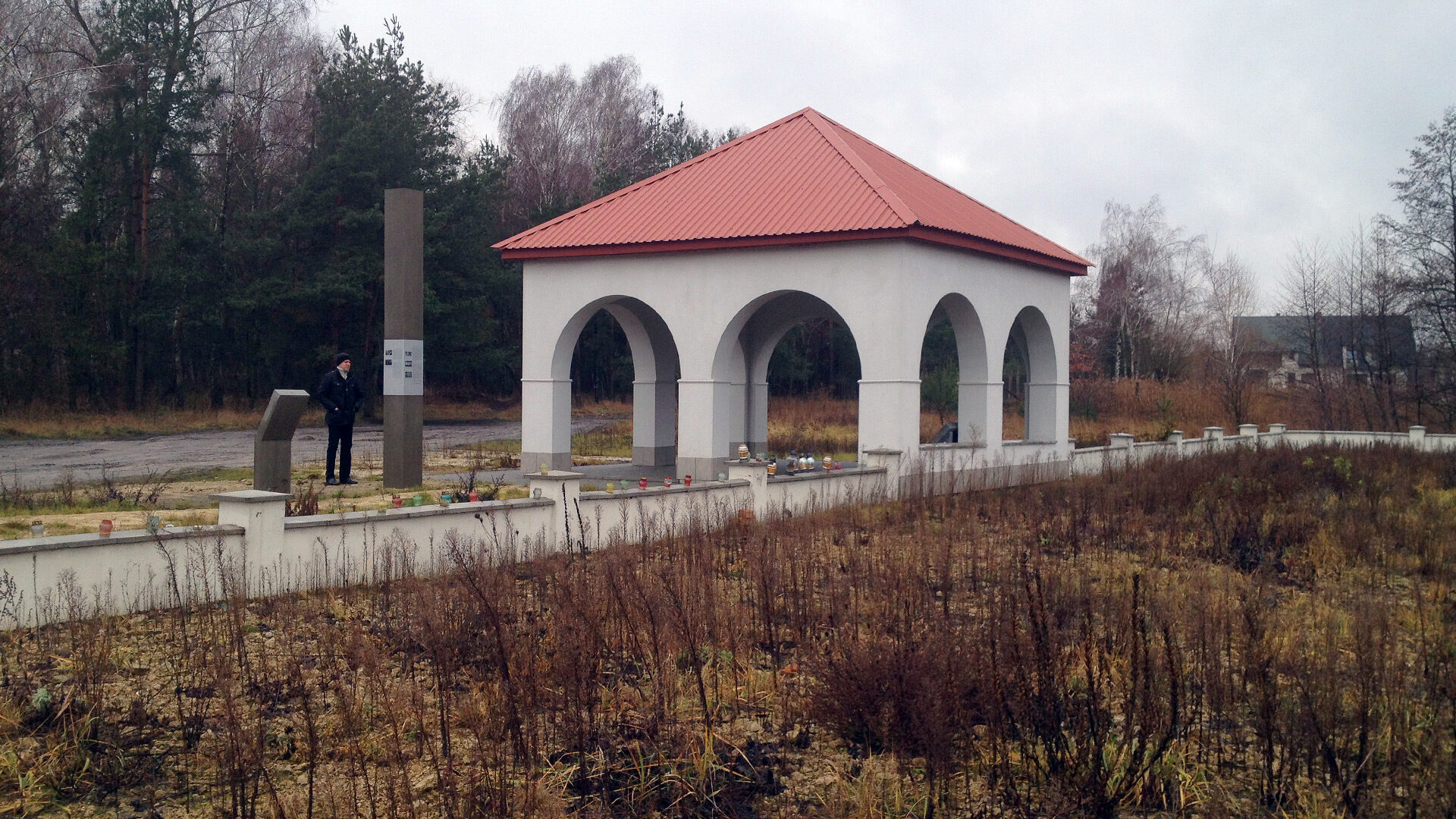 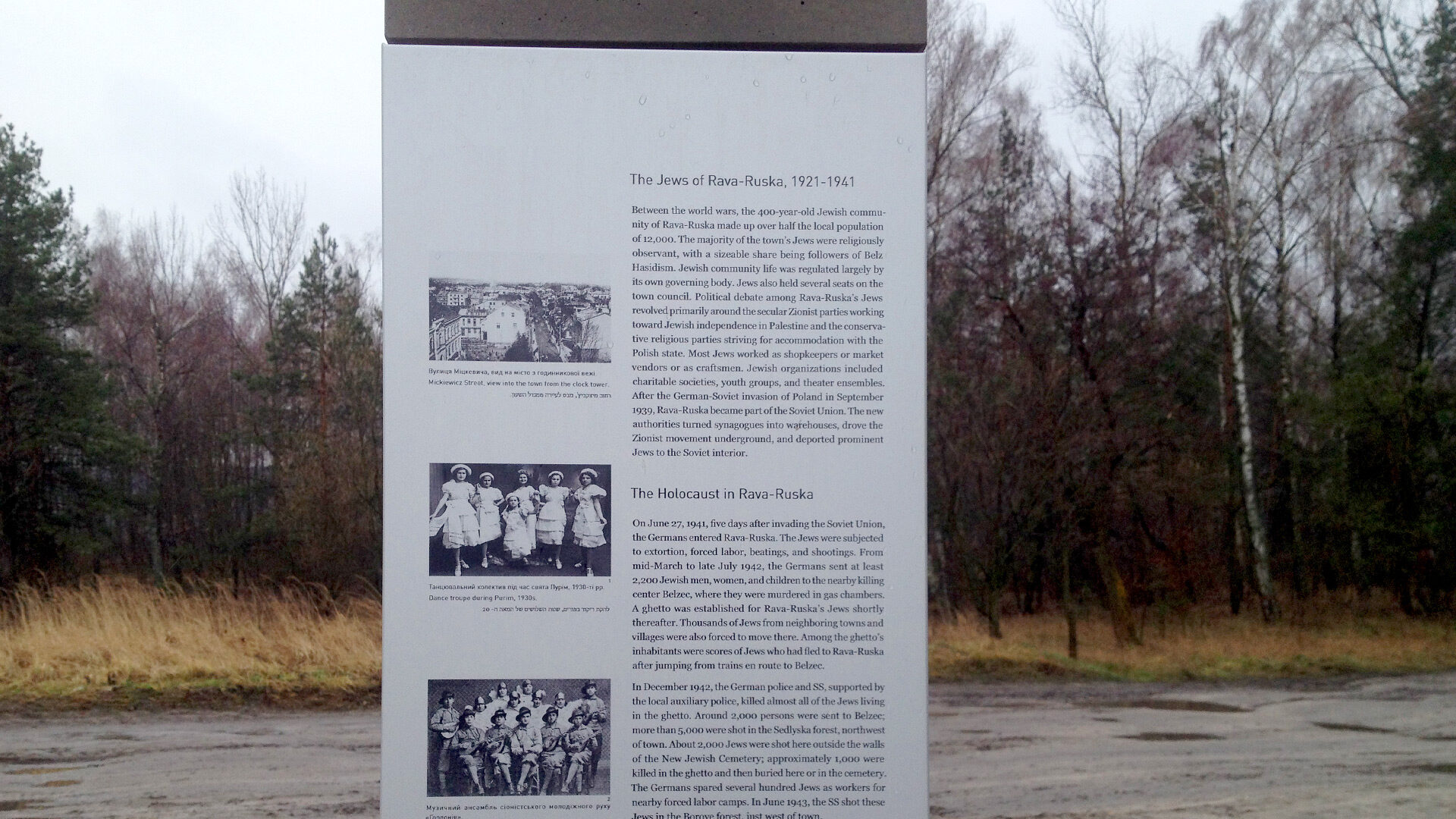 The New Jewish Cemetery on the outskirts of Rava-Ruska was used as a mass grave site during the German occupation. About 2,000 Jews were shot in front of the cemetery during the ghetto clearance operation in December 1942. Another 1,000 were shot in the ghetto and hastily buried next to or inside the cemetery. The mass grave was left unmarked after the war and was soon reclaimed by nature. The cemetery was destroyed. Only a small collection of gravestones from the completely destroyed Old Jewish Cemetery in the town centre remained. The memorial site, built in 2014 and inaugurated the following year, marks and protects the mass grave. A memorial wall was built from the gravestones stacked at the cemetery. The wall marks the site of the former cemetery entrance and the boundary between the cemetery and the mass grave.