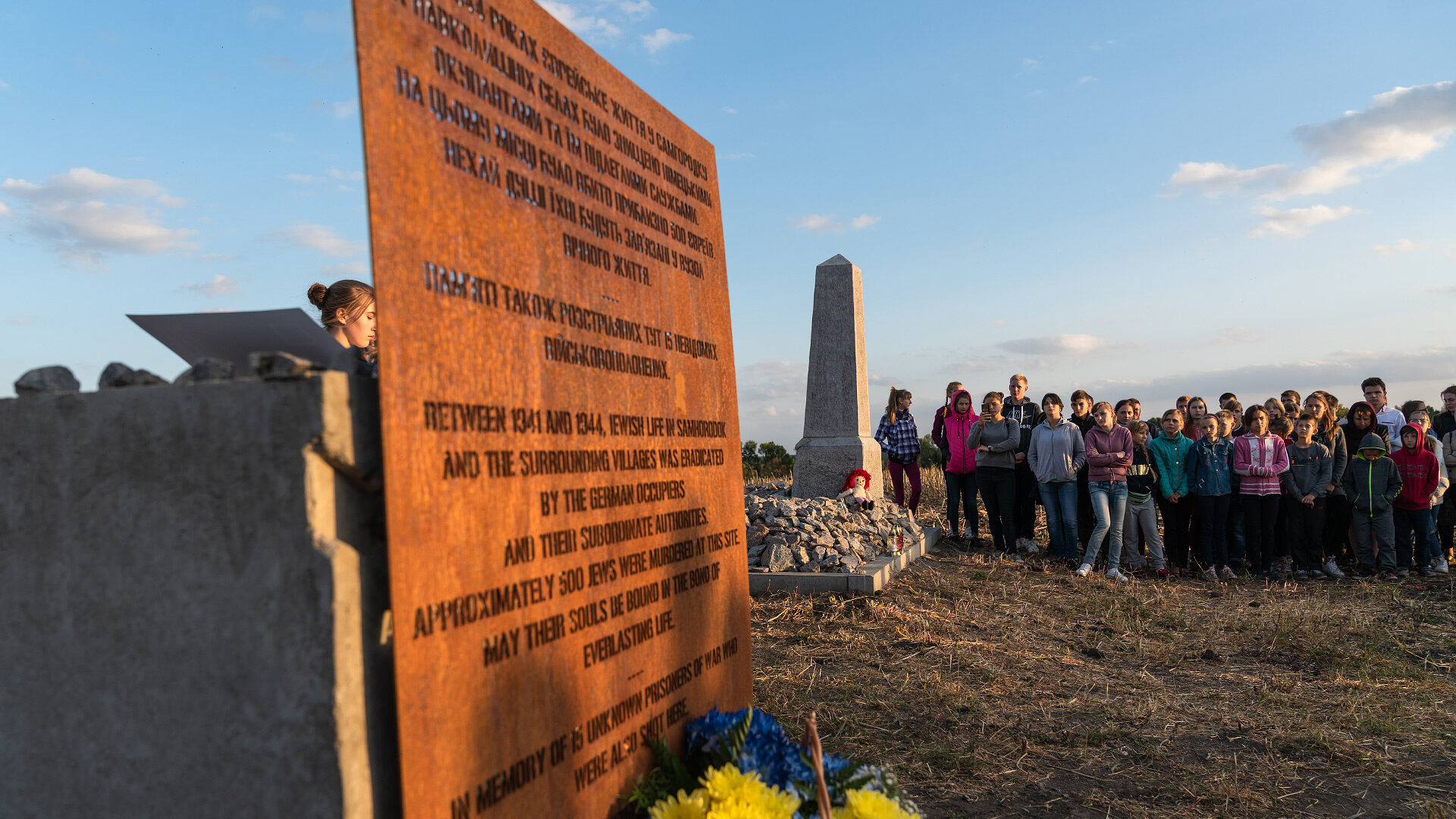 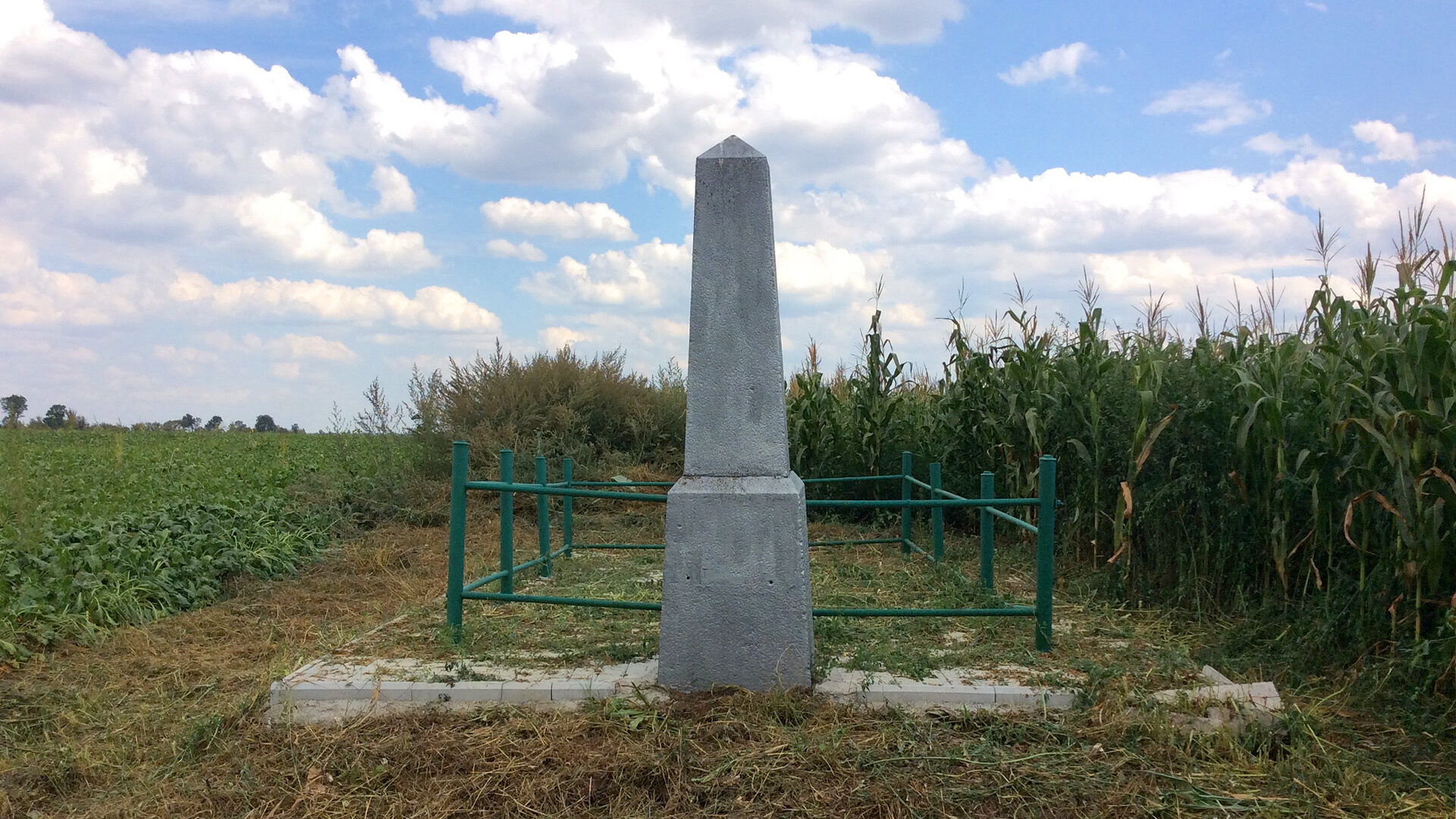 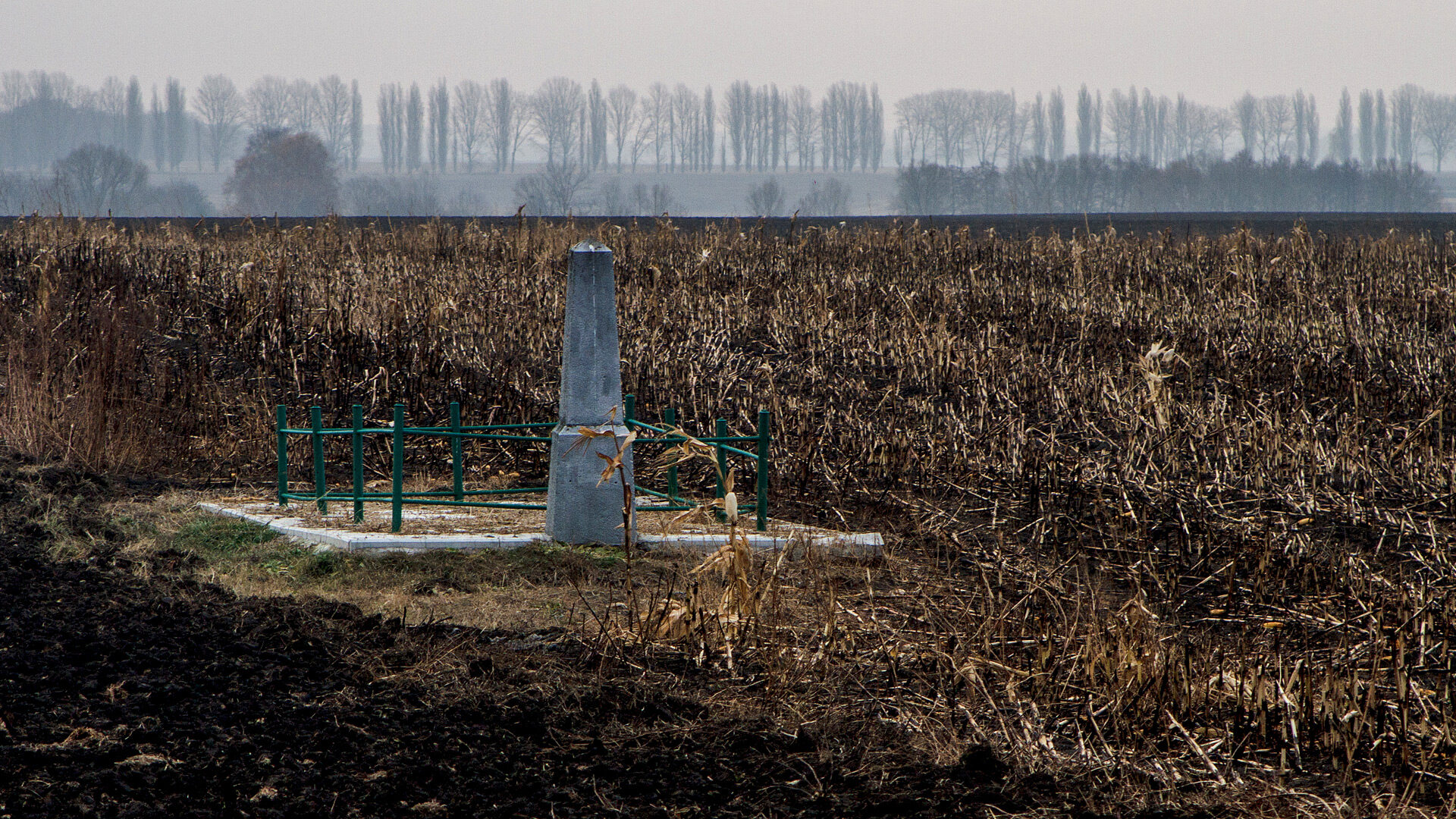 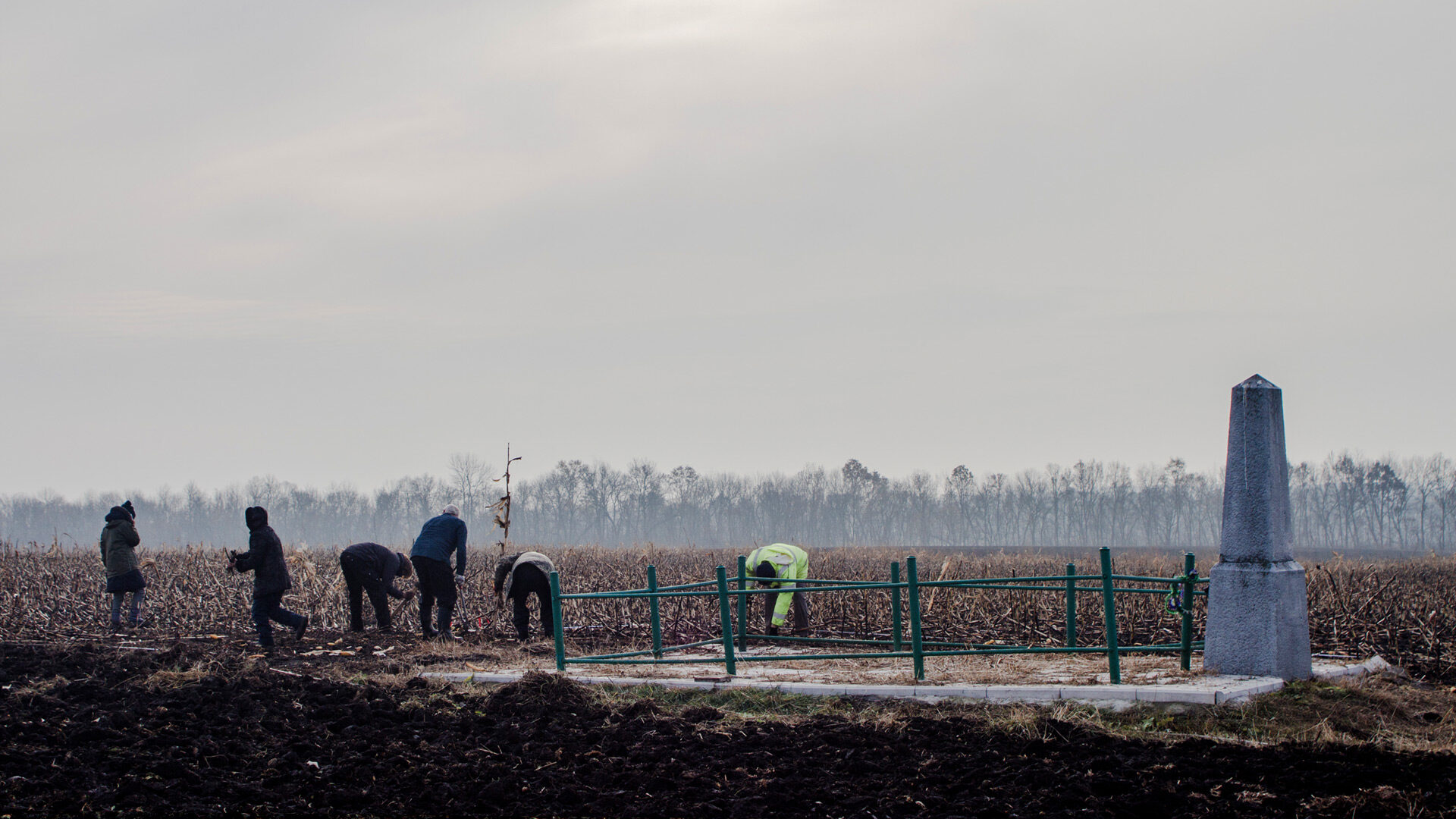 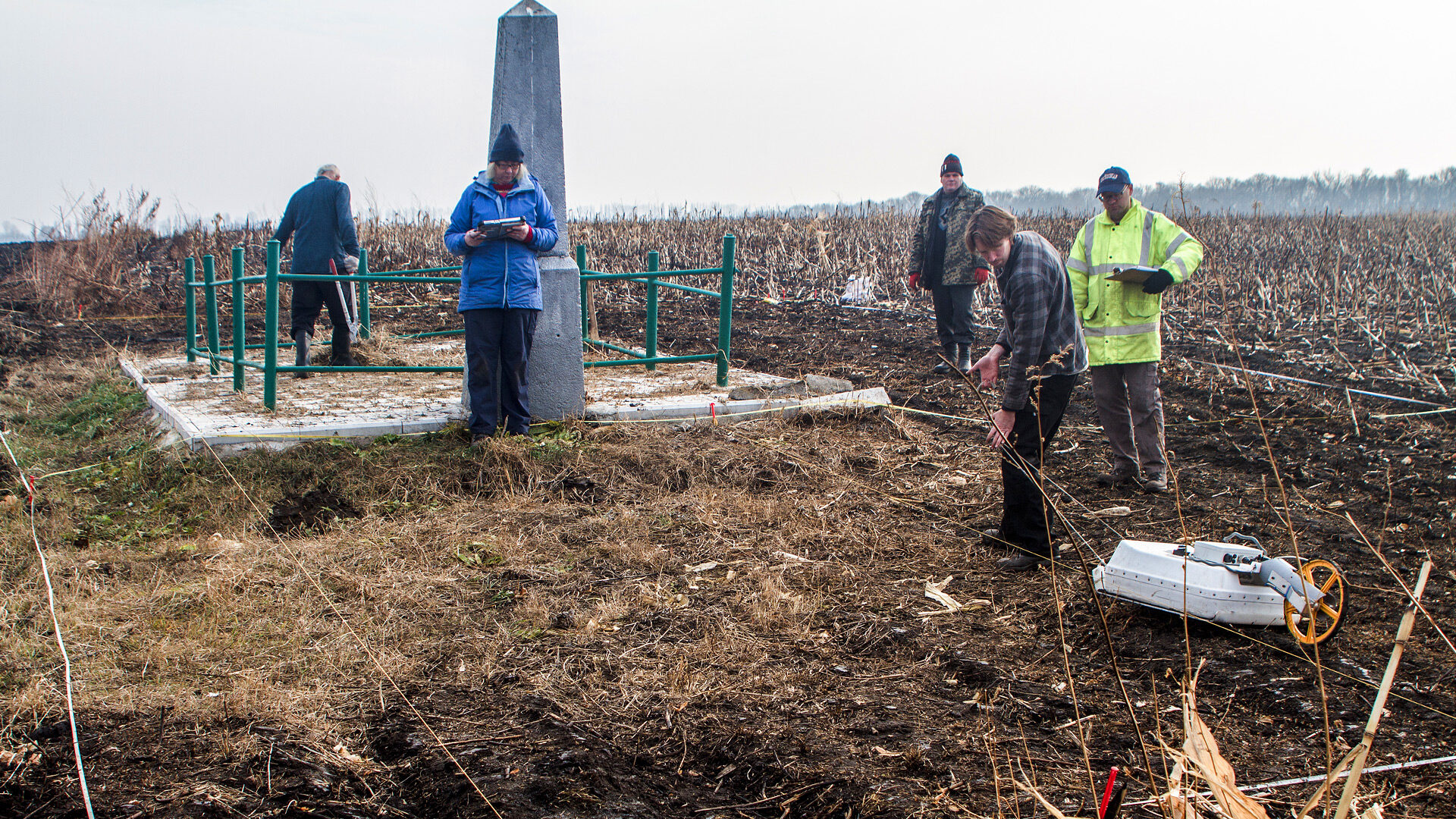 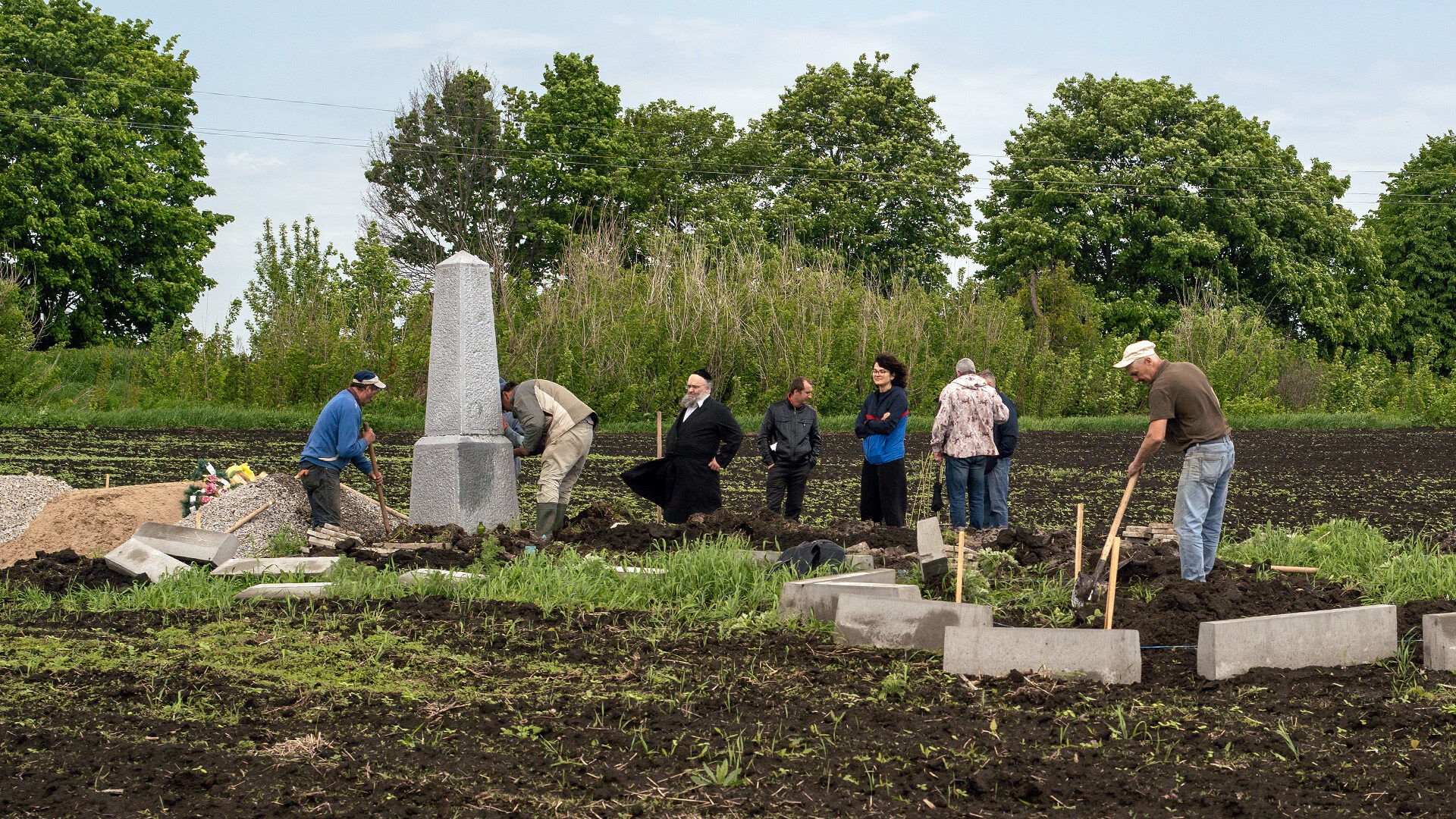 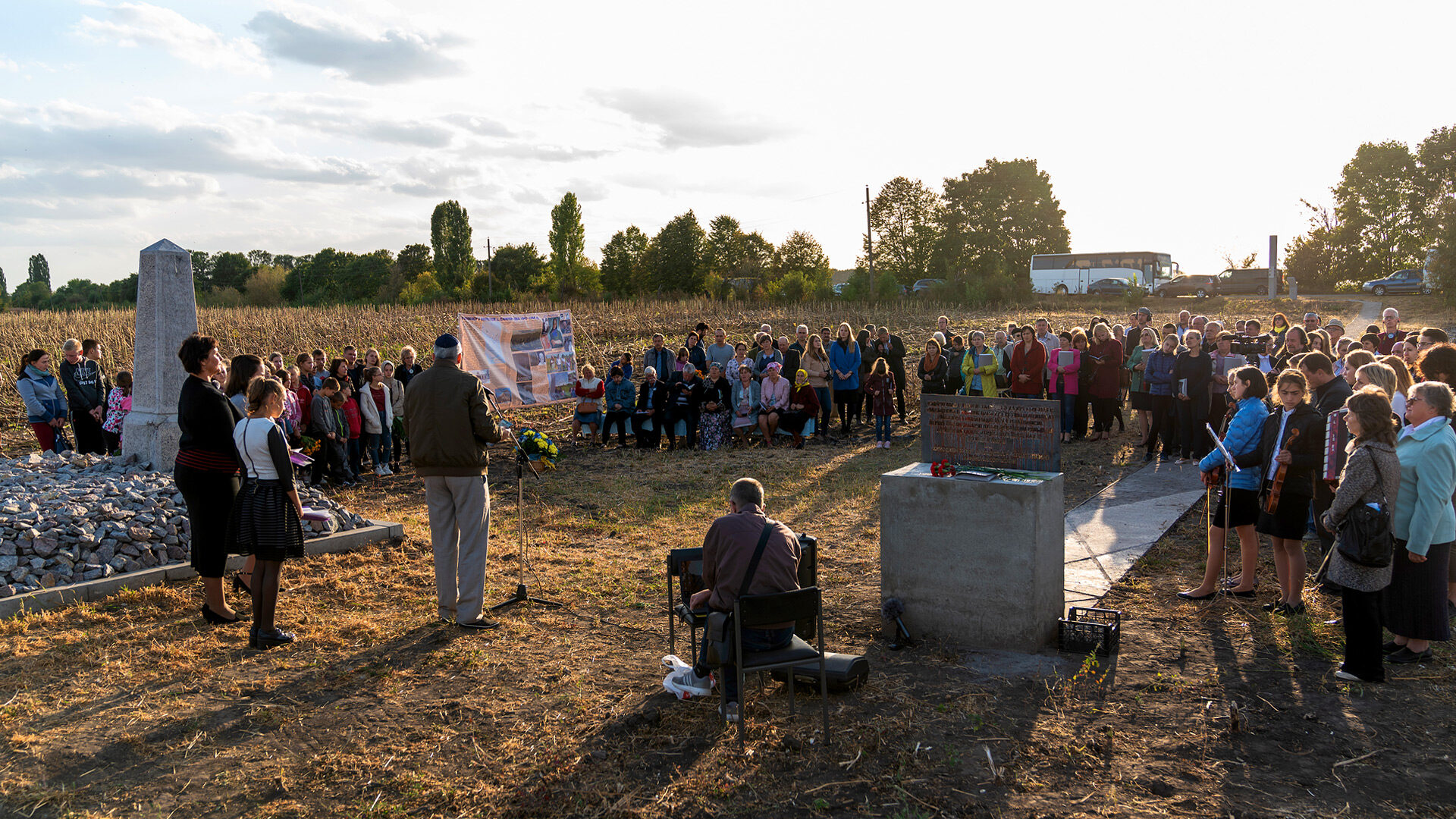 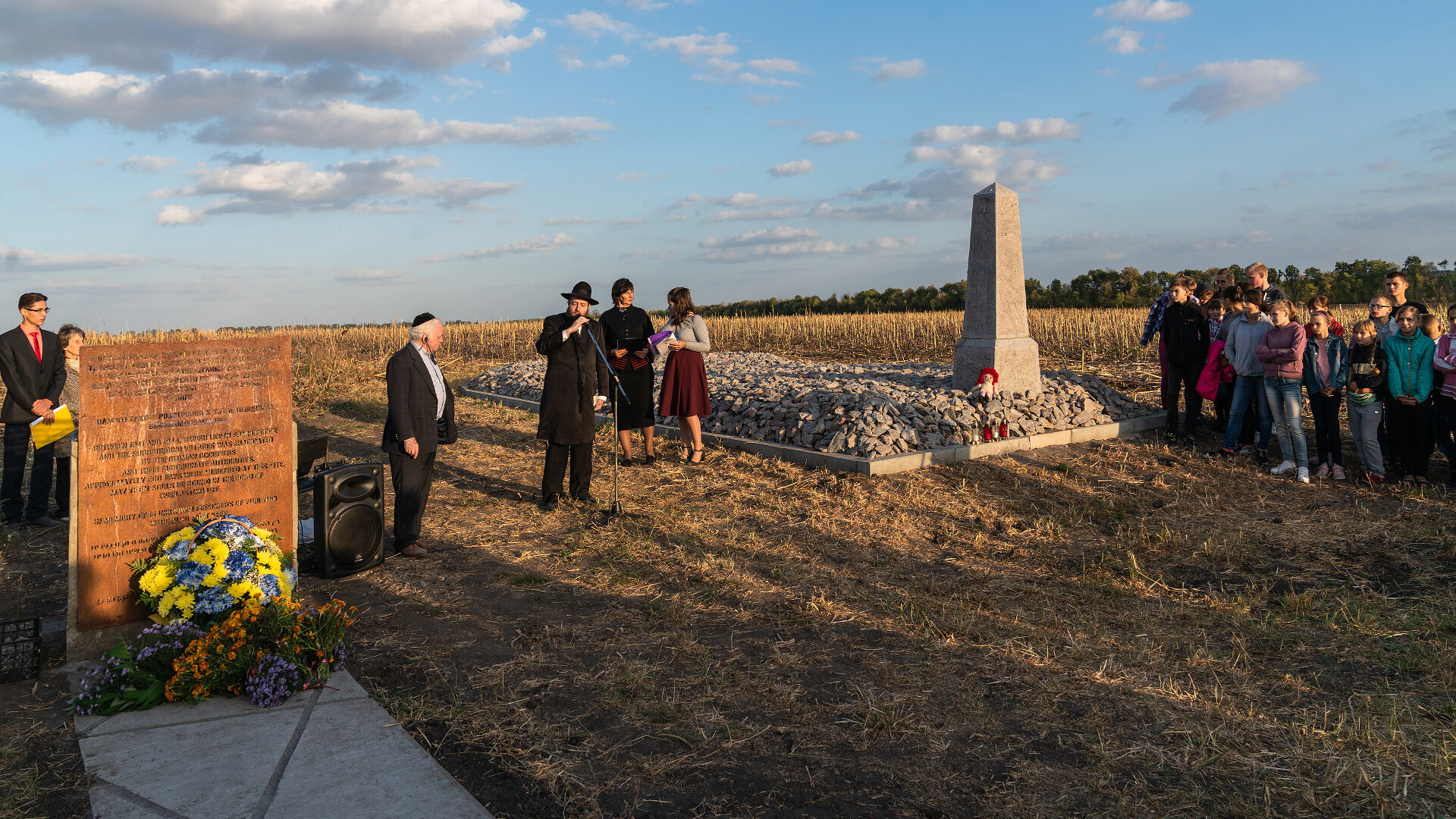 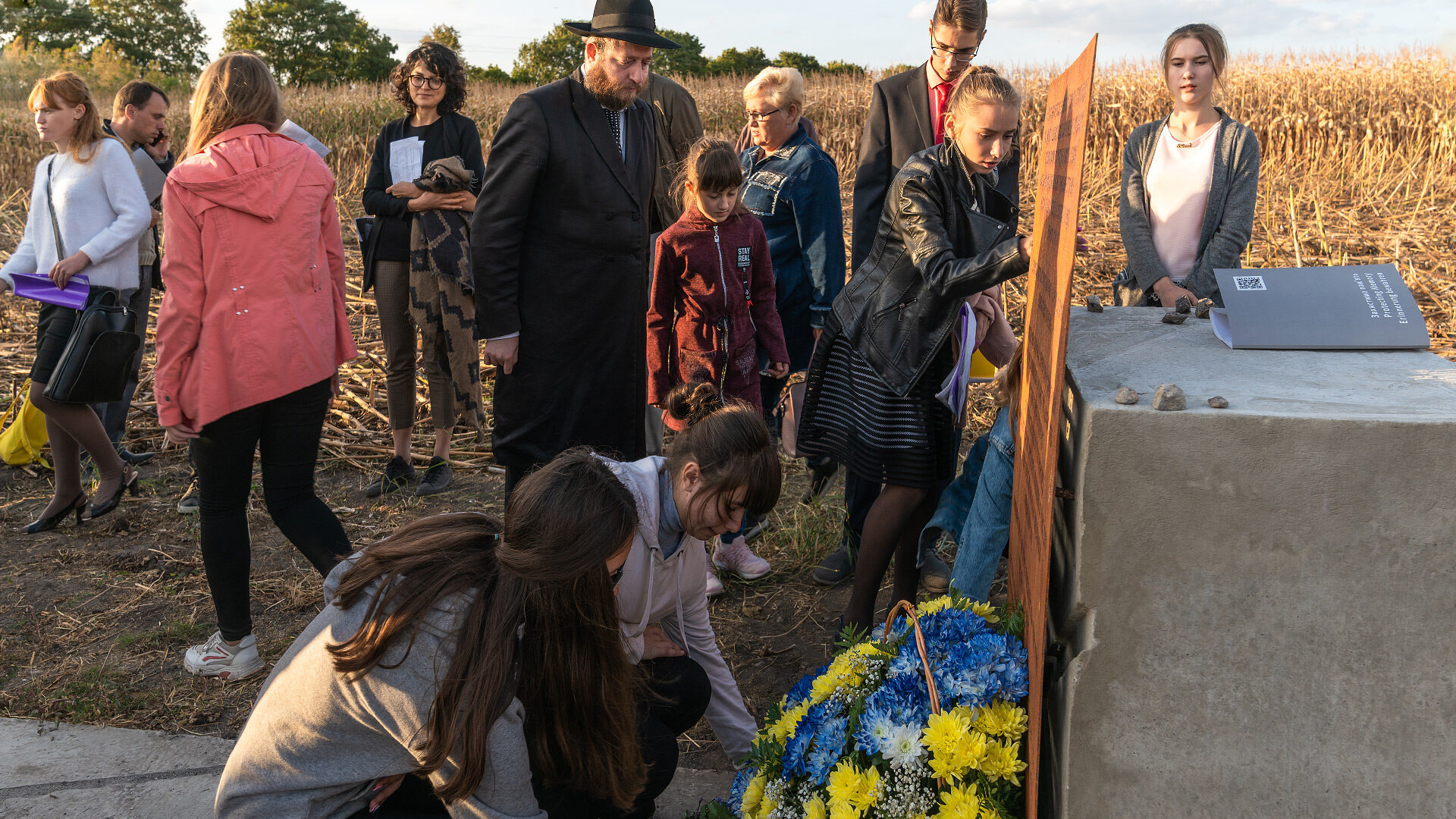 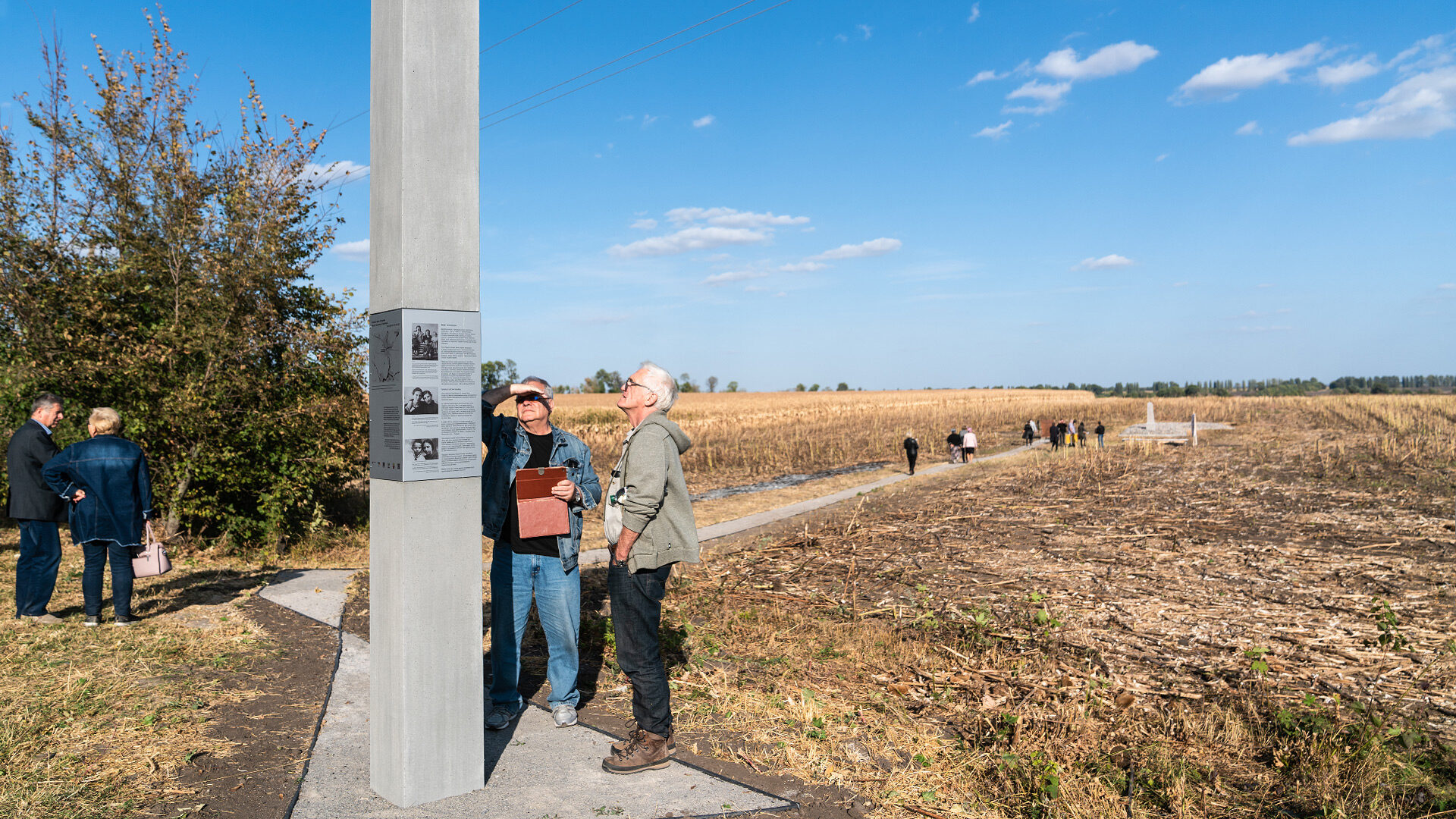 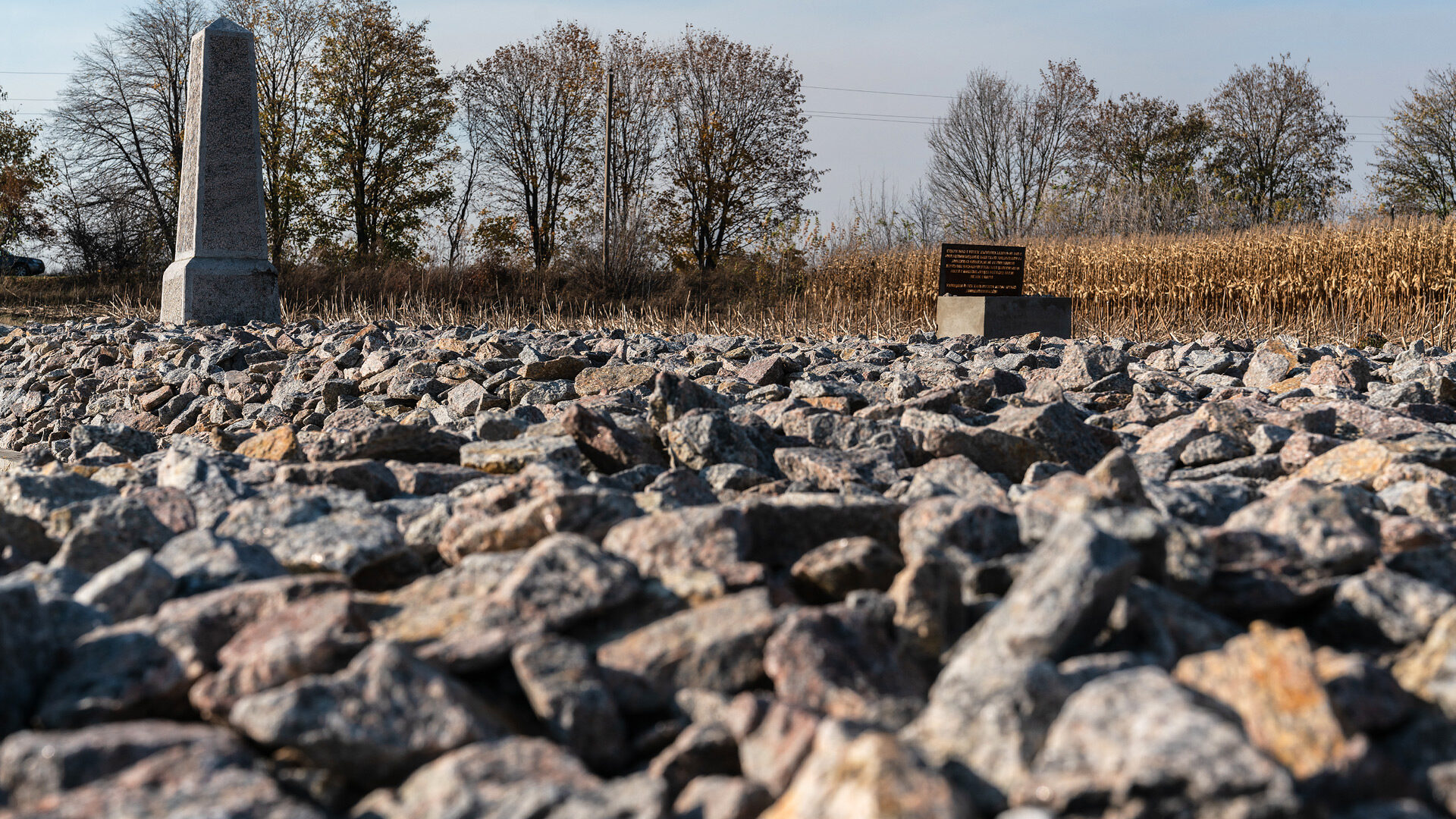 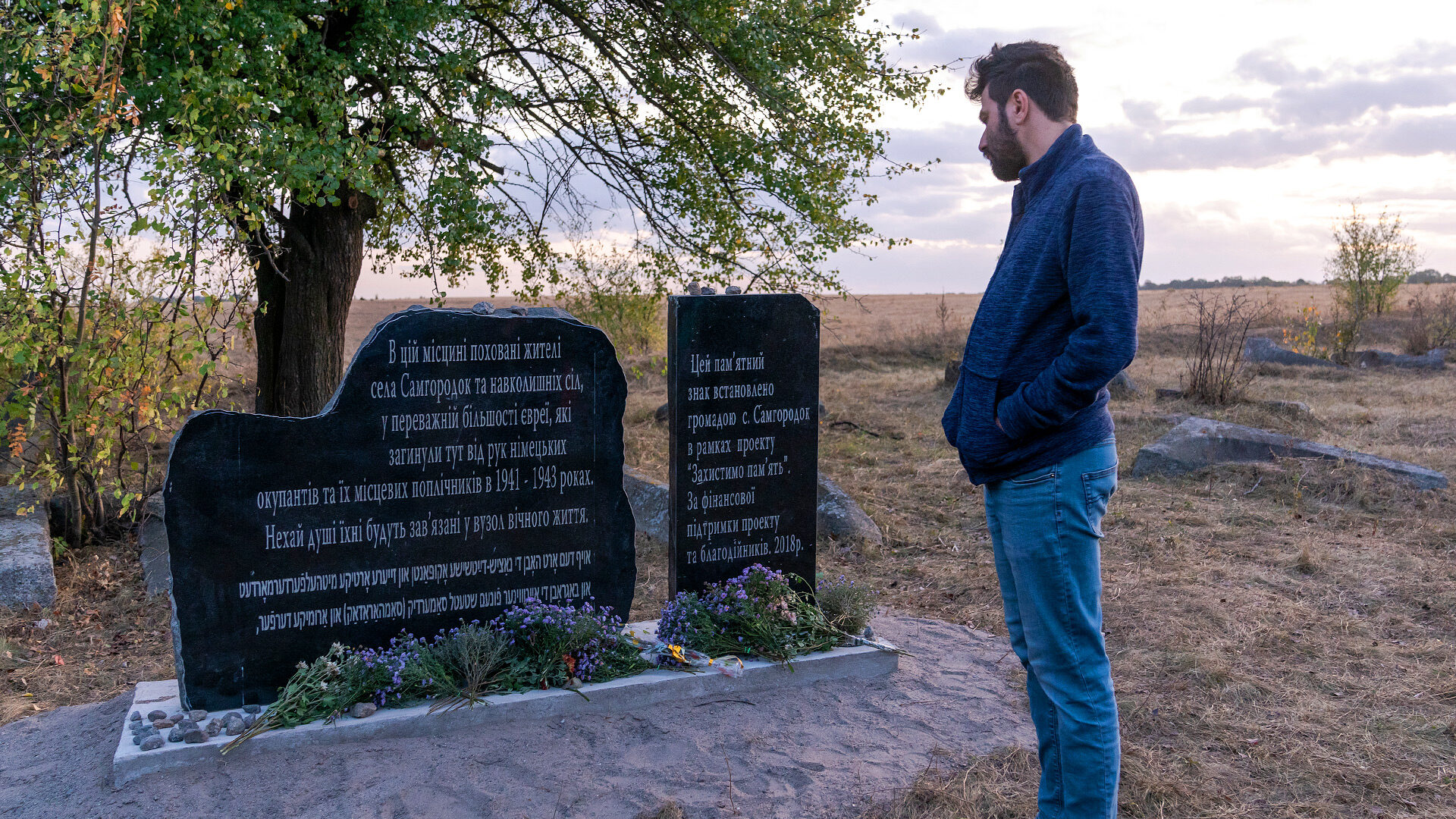 At least 500 Jews, half of them children, were shot in a field near the centre of Samhorodok on 4 June 1942. An entire Jewish community was thereby eradicated. 15 Soviet prisoners of war were also murdered here. Not long after the war, an obelisk was erected at the mass shooting site. A concrete slab and a metal fence were later added. In time, the concrete slab began to crumble and the metal fencing buckled.

In 2019, the memorial site to the murdered Jews from Samhorodok was redeveloped. It was inaugurated that September. Following an initiative by local schools and the local community, and in conjunction with the project’s educational activities, a memorial stone was erected at the Jewish Cemetery for the Jews murdered here. 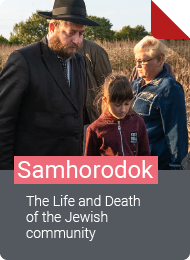 Samhorodok. The Life and Death of the Jewish community (essay)
How to get to the burial place?